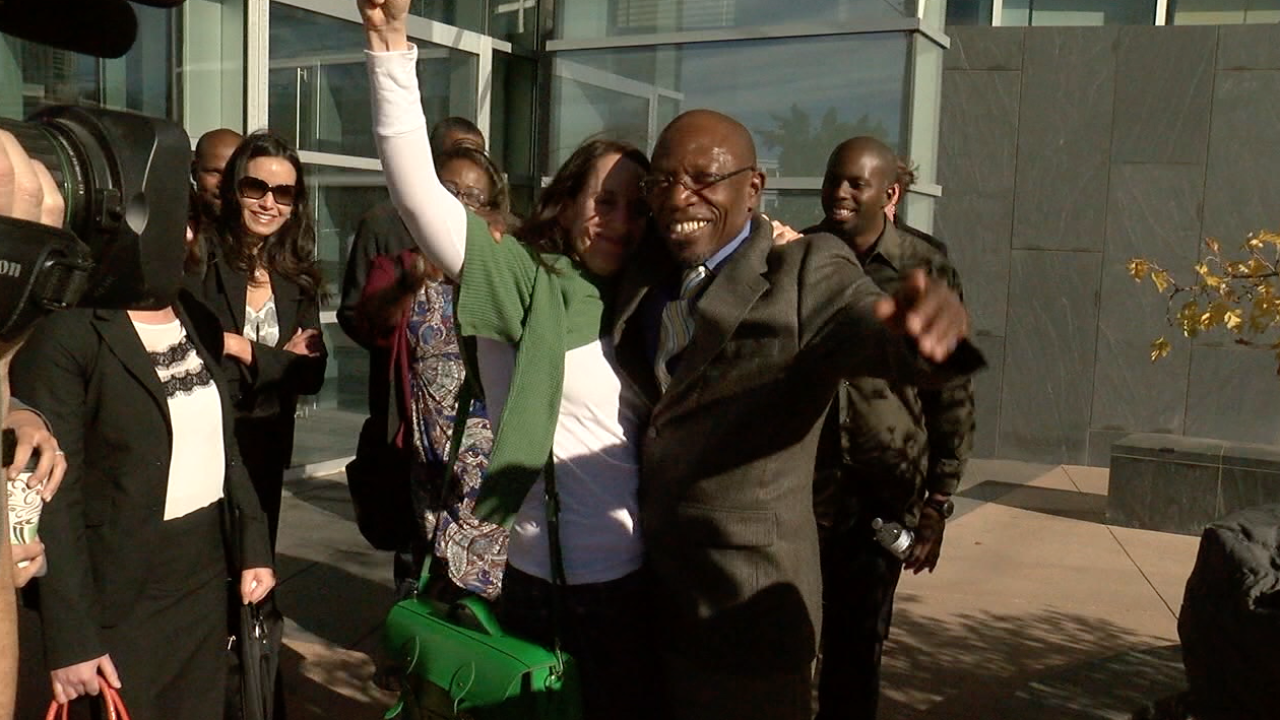 DENVER (AP) — Colorado's attorney general said Thursday his office will not fight a claim for compensation by a man who spent 28 years in prison for a rape conviction that was later overturned, a decision that cleared the way for Clarence Moses-EL to receive $1.9 million under the state's exoneration law.

The determination by Attorney General Phil Weiser, a Democrat who took office in January, brings an end to one of the legal battles stemming from Moses-EL's 2015 release from prison after a judge overturned the rape and assault conviction.

"Although no amount of money can give Mr. Moses-EL back the half of his life that was lost to the Colorado prison system, this compensation will help him and his family recover from this traumatic ordeal," his attorney Gail Johnson said in a statement.

Colorado's Exoneration Act provides $70,000 for each year a person is wrongfully held.

Weiser's Republican predecessor, Cynthia Coffman, had opposed Moses-EL's claim for compensation, arguing that he could not meet the high standard of proving his innocence. In court records, Coffman has said the victim continued to identify Moses-EL as the man who assaulted her in 1987.

Coffman asked a court to delay a trial on the compensation claim until Weiser took office and could review the case.

Weiser said Thursday that he met with the victim of the 1987 rape and assault before announcing his decision.

"She's remarkable in that she's been through a lot," he said. "And she understood the legal situation here required me to act in this way."

Moses-EL maintained his innocence as he began a 48-year prison sentence in 1988 and won a court order for DNA testing of physical evidence in 1995. A Denver police detective said he was not notified by prosecutors and the evidence was destroyed a month later without being tested.

Years later, Moses-EL received a letter from another man, L.C. Jackson, claiming to have information that would help his defense. Jackson later testified in court that he "had sex" with the woman hat night, became angry and hit her in the face.

A Denver judge overturned Moses-EL's conviction in 2015 based in part on the new evidence. Denver prosecutors retried the case and a jury found Moses-EL not guilty in 2016.

Weiser said he felt the state would lose if it continued to oppose Moses-EL's compensation request.

"We have concluded this is a case that we can't win and that the destruction of DNA evidence Mr. Moses-EL had requested, that had been required to be preserved, is something that is not an acceptable defense for the state to rest on," Weiser said.

Moses-EL has filed a separate civil lawsuit against the city and county of Denver and individual employees of the police department and district attorney's office.

Only one person has received compensation under Colorado's law. Robert Dewey was sentenced to life in prison in a 1994 murder but eventually was exonerated by DNA evidence.

Another man was later convicted for the murder of 19-year-old Jacie Taylor.

Dewey, whose experience inspired the 2013 passage of the compensation law, is owed nearly $1.2 million for the 17 years he spent in prison.