State hopes to have system reprogrammed, benefits to those who are eligible by mid-September 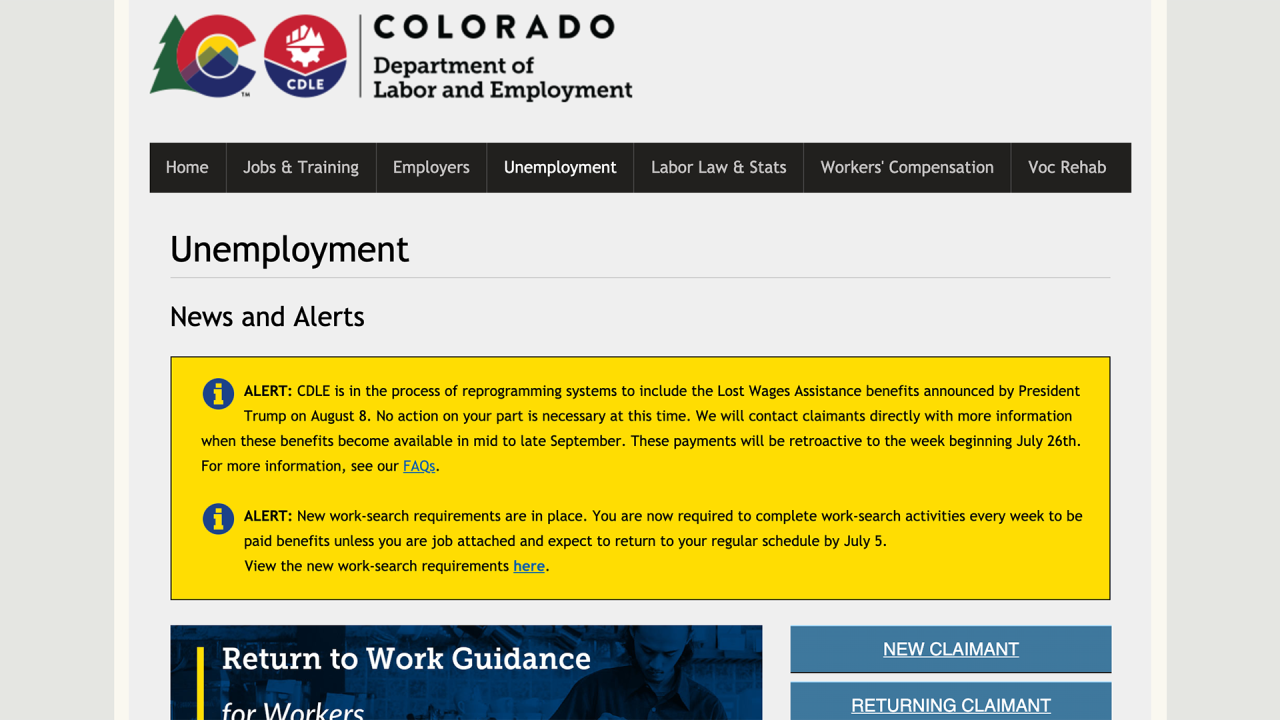 Copyright 2020 Scripps Media, Inc. All rights reserved. This material may not be published, broadcast, rewritten, or redistributed.
Denver7
The website for the Colorado Department of Labor and Employment's Unemployment Division on Wednesday, Aug. 19, 2020. 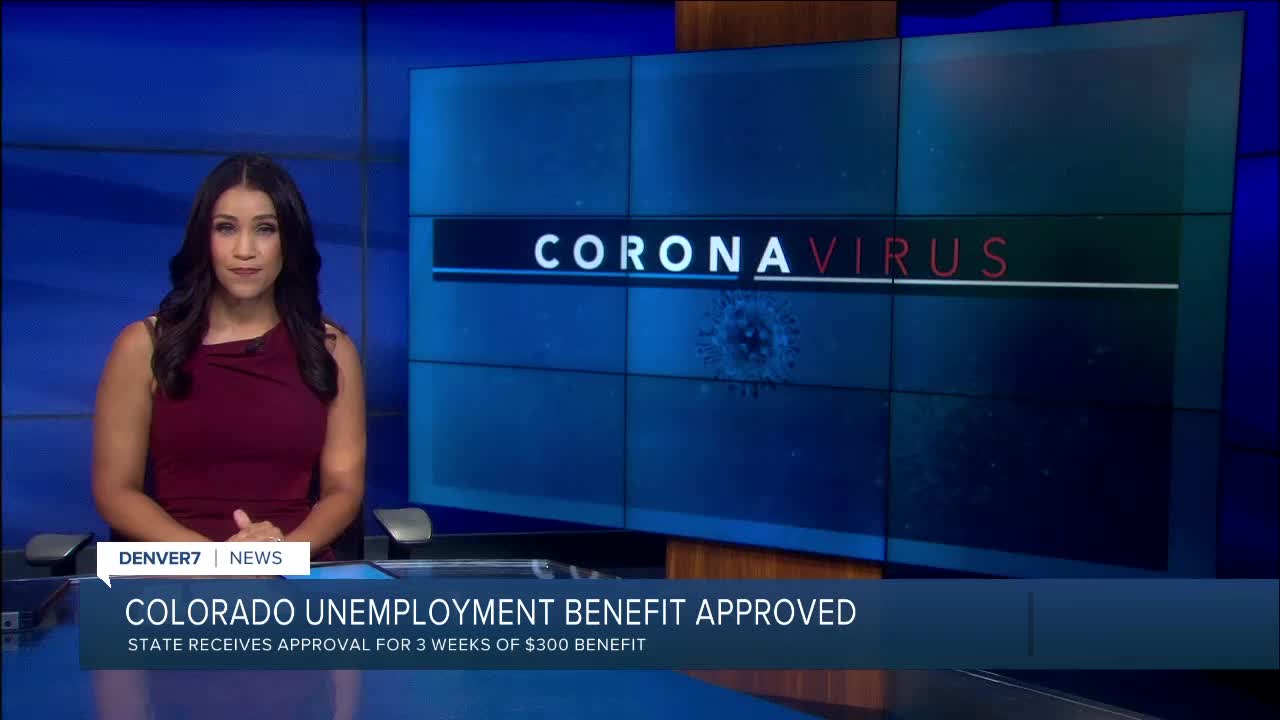 DENVER – Colorado has received approval from the Federal Emergency Management Agency to utilize federal money to pay people who have lost their jobs or seen their hours cut an extra $300 a week – though it is unclear for how long that benefit will last and how long it will take the state to implement it.

The Colorado Department of Labor and Employment said Wednesday that it had been approved for the Lost Wages Assistance program – part of the Other Needs Assistance program announced earlier this month by President Trump through executive order. The state submitted its application last Friday.

The Lost Wages Assistance program will provide Coloradans who are eligible $300 a week on top of their regular benefits as long as they are receiving at least $100 a week in unemployment benefits of some kind – whether they be regular benefits from the state or benefits through a federal program, like Federal Pandemic Unemployment Assistance.

But the CDLE says it is still not sure if the state will pay the $100 match to the $300 in federal dollars. CDLE officials last week said that any state match would have to come from either state funds or state CARES Act money and that the state unemployment trust fund could also be leveraged to make the match if the state decided to move forward with the program.

The CDLE said that for now, the $300 a week benefit would only run retroactively from July 26 through the end of this week, as the state’s application was only approved for the initial three-week period.

That is because the federal government is still trying to figure out how much money it will have to work with based on the number of states that apply to utilize the program.

Colorado is one of eight states that have so far applied for the Other Needs Assistance program, the CDLE said, and FEMA is still waiting to see how many other states apply.

The money for the $300 benefit will come from FEMA’s disaster relief fund, which currently has around $70 billion, but which will be drained down by wildfires, the Iowa derecho and the hurricane season.

It will still take several weeks before anyone in Colorado sees the added benefit, as the CDLE now has to reprogram its systems, which is already underway. The department said that Coloradans who are eligible should expect to see those benefits sometime in mid-to-late September.

The state said that about 28,000 people in Colorado are getting less than $100 a week in unemployment benefits and would not be eligible for the LWA benefit – about 6% of the roughly 300,000 people with active claims.

The CDLE said that the extra benefit will help Coloradans even over the three-week period, and that it would update recipients should more weeks of LWA benefits be granted.

“This additional benefit of $300 per week will put at least $265 million into the hands of our unemployed workforce who have been impacted by the economic downturn caused by the pandemic, and provides critical support during this time of extreme need,” said Joe Barela, Executive Director of the Colorado Department of Labor and Employment.

The LWA program is the follow up to the Federal Pandemic Unemployment Compensation program, which paid $600 a week to anyone receiving any type of unemployment benefits and which expired at the end of July when Congress failed to take action by the July 25 deadline to extend the benefit.

The FPUC program led to more than 560,000 Coloradans who received unemployment payments between April and July receiving more than $2.4 billion.