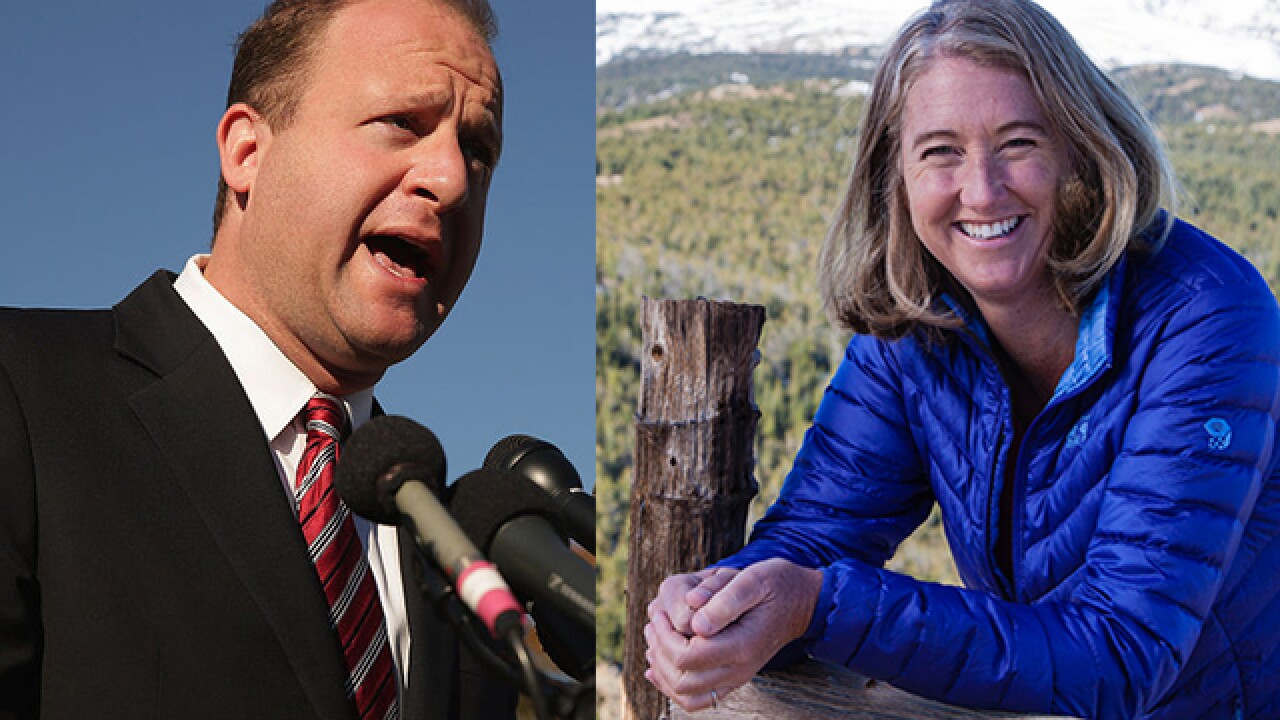 DENVER – Prospective Democratic Colorado voters are nearly as undecided as their Republican counterparts as to whom they will vote for in this year’s gubernatorial primaries, according to a new poll out Tuesday.

The poll of prospective Democratic voters, from Louisville-based Magellan Strategies, comes on the heels of a similar poll released by the same company earlier this month that looked at prospective Republican primary voters.

The new poll surveyed 410 likely Democrat primary voters in Colorado, was conducted March 20-23 and had a margin of error of +/- 4.84 percent, according to Magellan. The types of respondents were weighted to be in line with 2016 turnout demographics.

The poll data shows that two Democratic frontrunners have begun to emerge in the governor’s race – Rep. Jared Polis and former state treasurer Cary Kennedy – but also that 36 percent of those surveyed are still undecided for whom they will vote in the June primary.

But name recognition is still an issue for all of the candidates except for Polis. Only 27 percent said they’d never heard of the congressman, while those numbers for Kennedy (44 percent), Johnston (60 percent) and Lynne (71 percent) were much higher. Fifty-five percent of respondents said they had a favorable opinion of Polis, while 42 percent they had a favorable opinion of Kennedy.

Magellan’s poll of likely Republican voters found that 39 percent of those respondents were undecided among the Republican field as well, with 26 percent saying they backed Walker Stapleton.

And while Republicans said that immigration was the issue they cared most about, a similar question posed to Democratic voters garnered very different responses.

The poll of Democrats asked them what they thought Gov. John Hickenlooper and the state’s General Assembly should be focused on issue-wise.

The poll also asked respondents about the Democrats vying for the Colorado attorney general seat, and found that Joe Salazar is the front-runner despite a majority of respondents still being undecided.

Kennedy won the non-binding Democratic caucuses earlier this month, with Polis coming in second and Johnston coming in third. Johnston is so far the only gubernatorial candidate to qualify for the June 26 primary ballot among either party.

Candidates hoping to make the ballot can do so by winning at least 30 percent of delegate votes at their respective party’s state assemblies in April or via the petition process.