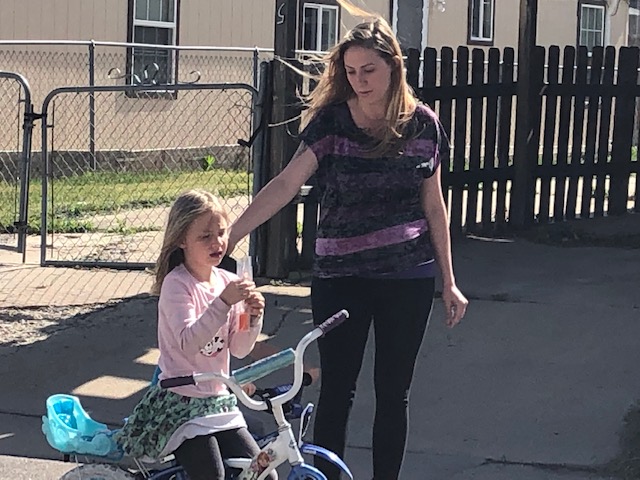 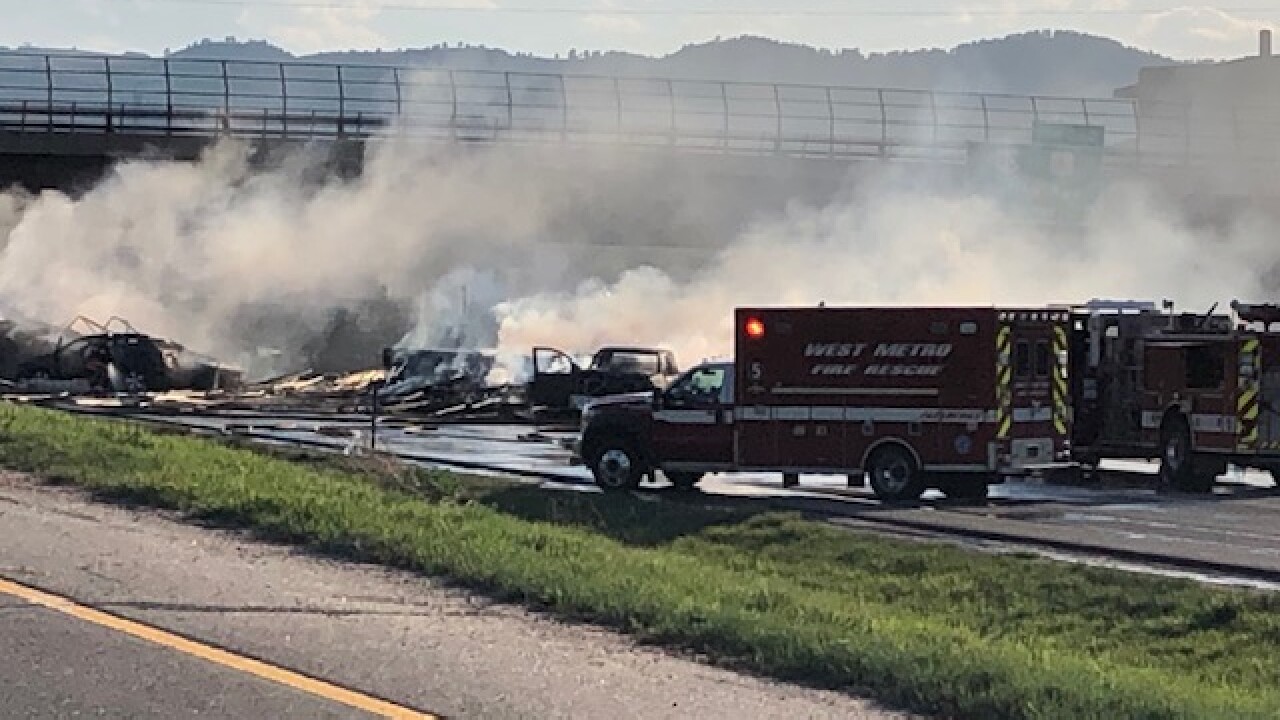 FEDERAL HEIGHTS, Colo. — A young mom who is studying to become an EMT said she's glad she was driving next to Leslie Maddox when an out-of-control semi slammed into slow moving traffic on I-70, killing four people and injuring Maddox and nine others.

"I was talking to my mom on the speaker phone, when it happened," said Meleia Harsch. "I said, 'Mom, there's a fire. I have to go.'"

Harsch said she got out of her car and looked at the one vehicle that was wedged between hers and a semi.

"All I could see were airbags," she said. "All the airbags had deployed. I couldn't see a person in there."

As she surveyed the rest of the scene, she saw saw flames beginning to spread.

She ran over to the other car, pulled open the door and saw a dazed woman inside.

"She had a major laceration on her nose," Harsch said. "I could see the bone... and thought that would hurt, and then I saw the rest of her arm, and I'm like 'Oh, God.'"

"I didn't even ask," Harsch said. "I just wrapped myself around her and said, 'We've got to go.'"

She said she could feel intensifying heat as they started walking away.

"It just exploded," she said.

Harsch told Denver7 that a man ran over and helped her get Maddox to safety.

Harsch, a mother of two with another on the way, said she went to the doctor the next day and learned that she'd suffered a bruise to her uterus, likely from wearing a seat belt during the impact.

"They said it could cause a miscarriage," she said. "But that everything looks OK at this point and there's nothing I could do about it, even if it did."

The young mom said she was driving her newly purchased 2016 Jeep Cherokee and hadn't transferred the insurance over from her old car yet.

Now, she's struggling to get from home to school at Red Rocks Community College, and then to work at Walmart in Evergreen.

"I work an odd schedule," she said. "So, I have to wake the kids up in the middle of the night."

A college friend set up a GoFundMe account to help Harsch, who lives in Federal Heights.

The expecting mom said despite a sore back, she's glad she was there to help Maddox get out of her car.

On Friday, told Denver7 that Harsch saved her life. But Harsch said she's not a hero.

"I was just at the right place at the right time," she said. "The first responders are the heroes. They're the ones who performed CPR. So are the people at the hospital."

Maddox also gave credit to a Marine who moved her farther from the scene as more cars began to explode.

Harsch said she has mixed feelings about the trucker, who is trying to bond out of jail.

Rogel Aguilera-Mederos, 23, is a Cuban National working legally in the U.S. with a Green Card.

"I'm not a vengeful person," she said. "It's hard because I don't want to say that he deserves to be in jail, but at the same time, he does."

She said he should have used one of the runaway truck ramps.

"I do feel bad for him — just the guilt that he must be feeling," she said.