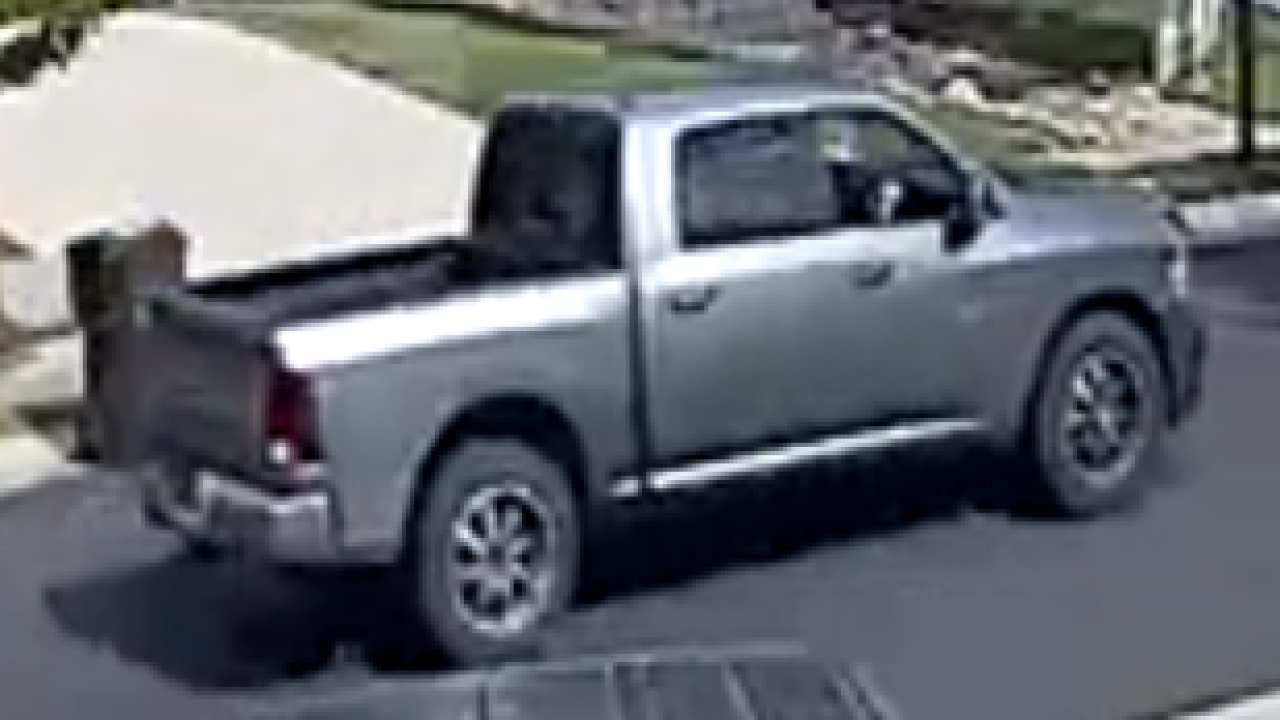 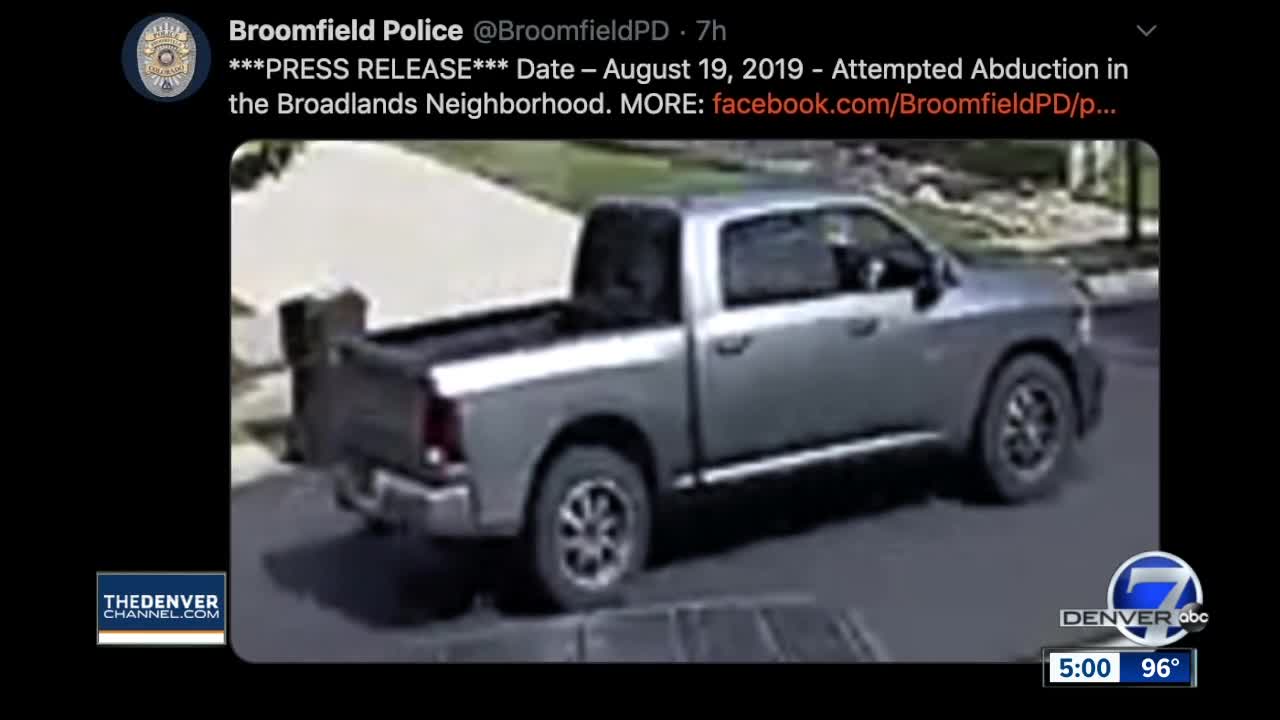 BROOMFIELD, Colo. – Police said Tuesday that detectives were following up on dozens of leads after a man tried to abduct a young girl Monday in the Broadlands neighborhood in Broomfield.

Broomfield police said Tuesday they had extra patrol officers around Broomfield schools Tuesday morning and will have extra officers on-duty in a similar fashion Tuesday afternoon after the attempted kidnapping that was reported Monday afternoon.

A young girl told police a man got out of a pickup truck near 144th Ave. and Lowell Blvd. as she walked home from school and tried to push her inside his truck.

She escaped and ran away and told police that the suspect was a white man between 30 and 40 years old, with an average build and of an average height. Broomfield police said the truck appears to be a gray 2010 Dodge Ram 1500 with aftermarket wheels.

Police said Tuesday they were following leads but did not have new information about a possible suspect.

“Our Detectives are working tirelessly, following up on dozens of leads following yesterday’s attempted abduction in the Broadlands Neighborhood,” police wrote in a Facebook post. “We appreciate everyone who has taken the time to call in their tips and share their video from home surveillance. At this time we don’t have any new information to share.”

Adams 12 Five Star Schools sent a letter home to parents and district staffers on Monday informing them of the attempted abduction and giving them tips about how to talk to schoolchildren about safety. Click here to read the full letter.