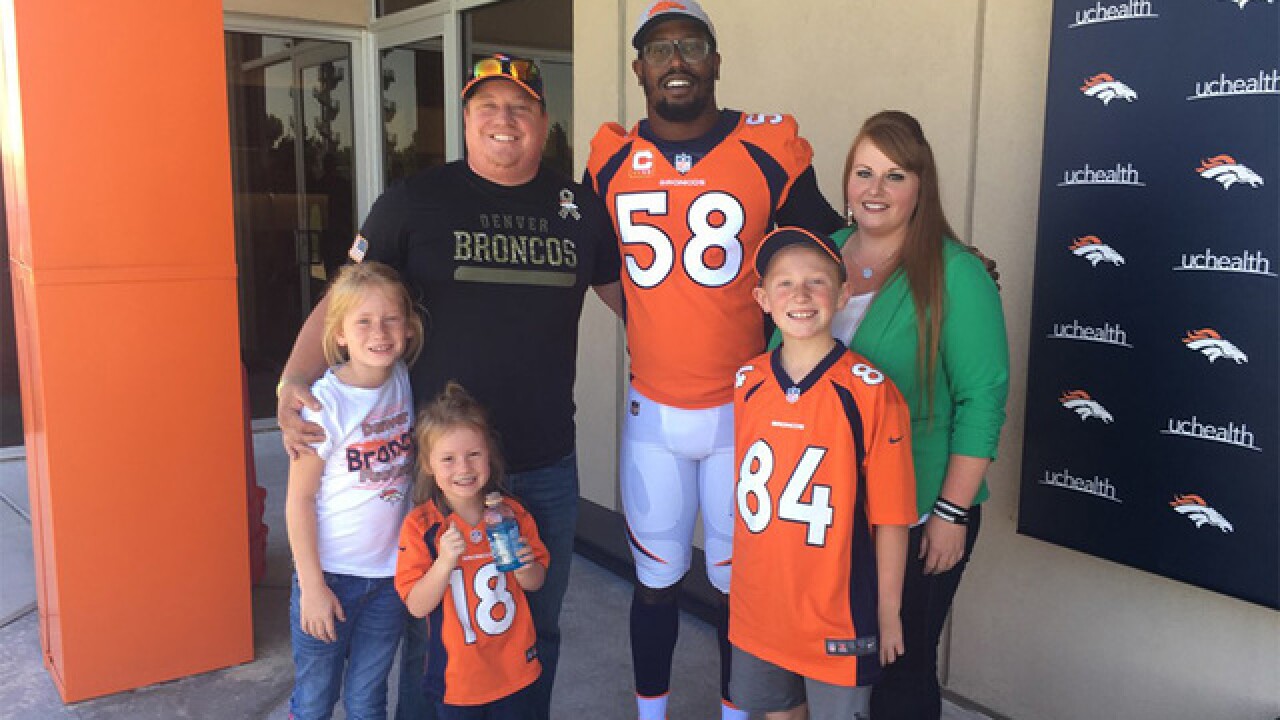 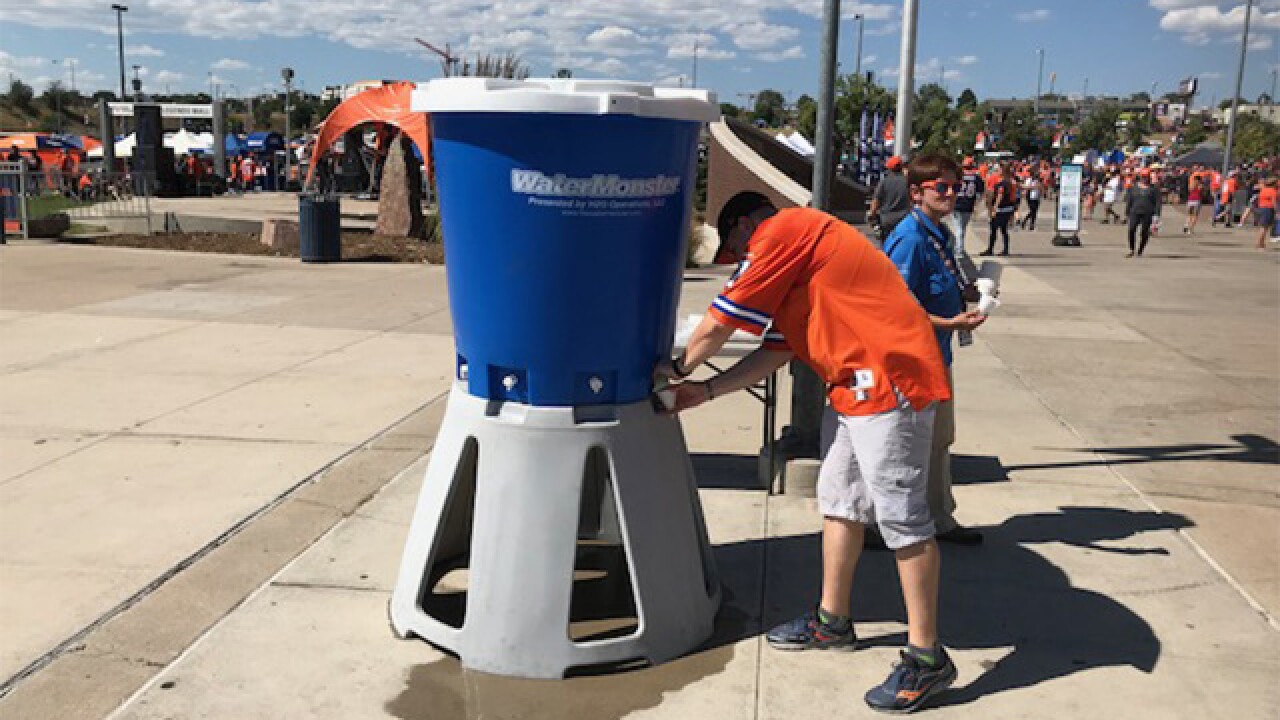 DENVER -- The Denver Broncos were back in action at Mile High Sunday, a showdown with their bitter rival - the Oakland Raiders.

It was one of the hottest regular season Broncos games ever. Temperatures soared to 94 degrees during the game. And in the sweltering heat, the team took a different tactic to keep fans from getting dangerously dehydrated.

The Broncos installed hydration stations outside the stadium , encouraging fans to take a break between beers and drink some water.

"We both thought, ‘Wow - that's really neat that they're doing that because this heat can really take you down,” said Broncos fan Rob Lapier. “Heat stroke, heat exhaustion – those are really serious. And the fact that they provide the cups and ice cold water, you just can't beat it. They hit the spot on by doing that."

It was a scorcher in the parking lot and on the field Sunday.

That’s where the Broncos honored a special guest today. Before the game, as part of the team’s military appreciation campaign, they honored an Army soldier known as 'The man who shouldn't be alive.'

For Joiner, being on the field was one of those moments that make an indelible mark on our memory.

"It's mind-blowing to me," Joiner said.

That’s a big statement coming from Joiner. The Purple Heart recipient was struck not once or twice, but eight times by IED’s while serving in Iraq and Afghanistan.

"I did four tours,” Joiner said. “I did three to Iraq and one to Afghanistan."

“Chad has sacrificed so much,” said Joiner’s girlfriend Nichelle Tucker. “He has just survived somehow by the grace of God.”

And through it all, he’s remained a humble soldier.

The honor came about after Tucker reached out directly to Peyton Manning.

“My fantastic girlfriend wrote a letter to Peyton Manning and he read it and here we are today,” Joiner said. “And this is just unbelievable."

"I don't think servicemen know how to react when they're thanked because they don't think of it as something they're doing to be thanked," Tucker said. “There’s no one more deserving.”

"It has been amazing,” Joiner said of meeting John Elway, Von Miller and Case Keenum. "It's remarkable. I’m forever grateful.”