It's so hot in Denver, the Broncos installed hydration stations for the 1st time ever at Mile High 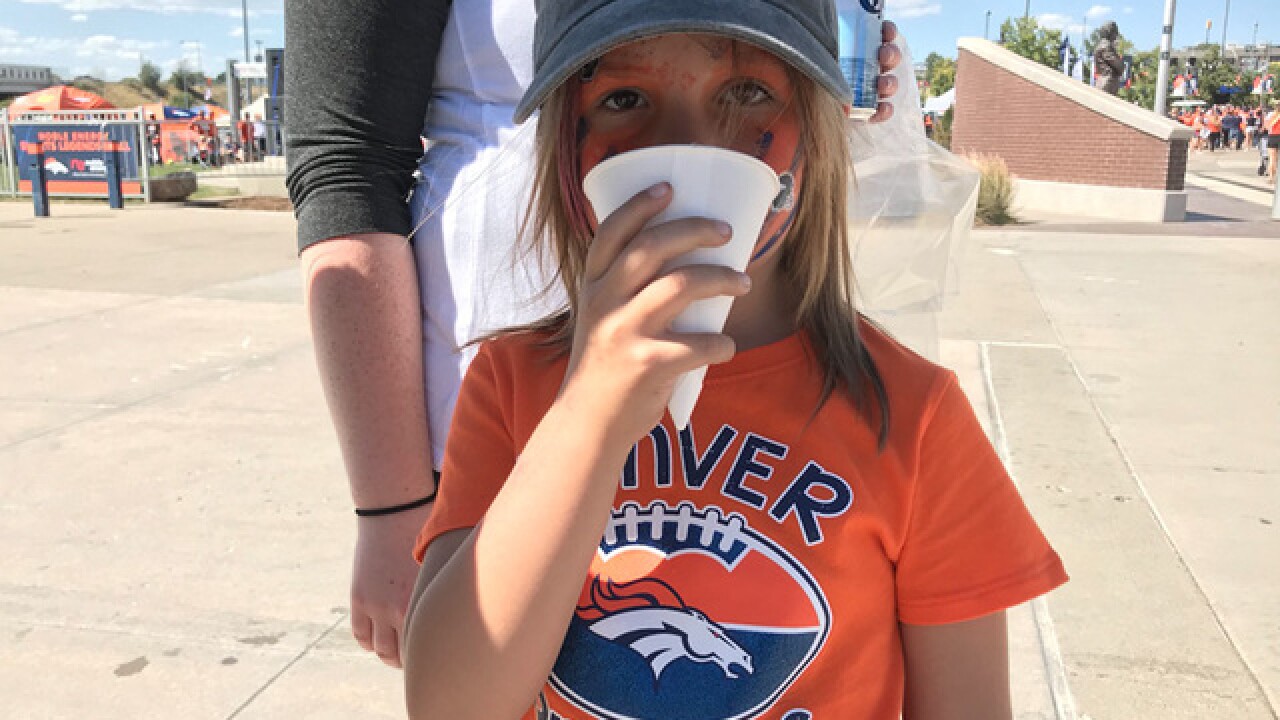 DENVER – It’s so hot in Denver that for the first time ever, the Denver Broncos had to install hydration stations for fans tailgating outside Mile High stadium.

The free hydration stations were installed Sunday morning outside Broncos Stadium at Mile High as the forecast called for a high of 93 degrees Sunday.

If you happen to still be outside of the stadium by the time you read this, the hydration stations can be found at the following locations:

A spokesperson for the Broncos said in a statement that fans can only bring factory sealed or empty plastic/refillable water bottles into the stadium gates. Anything else will have to be discarded.

Since Monday, Denver has experienced record-breaking temperatures with five record highs tied or broken within the past week.

First Alert Weather Meteorologist Katie LaSalle says these temperatures are unseasonably hot, as normal highs should be around 79 degrees this time of year in the Denver metro area.

"So far, we have seen 55 days of 90-degree-plus heat here in Denver. That's about 10 more days than normal," LaSalle said.

The forecast calls for a gradual cooling trend to come by the middle of next week with highs returning to the low-to-mid-80s by Wednesday. A chance of showers is possible on Thursday, with highs expected to be in the 70s.