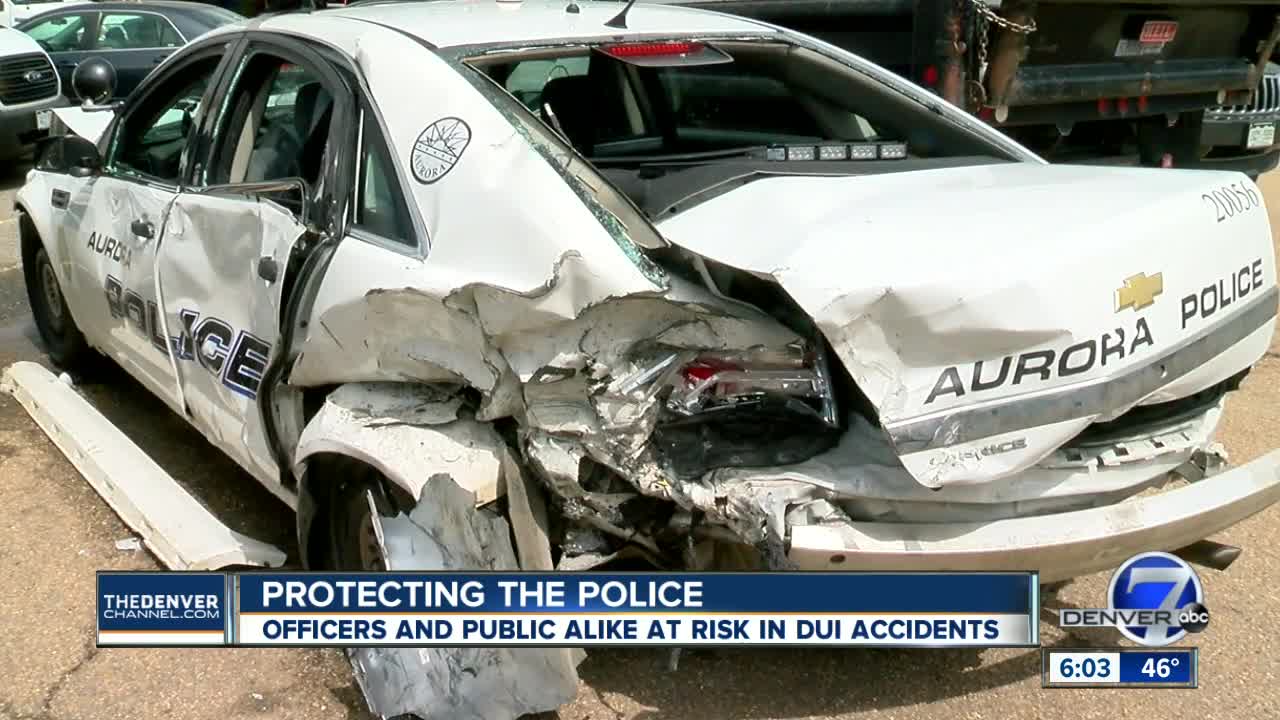 A suspected drunk driver rammed into the back of two Aurora Police Department patrol cruisers over the weekend, totaling one of the cruisers and damaging the other. 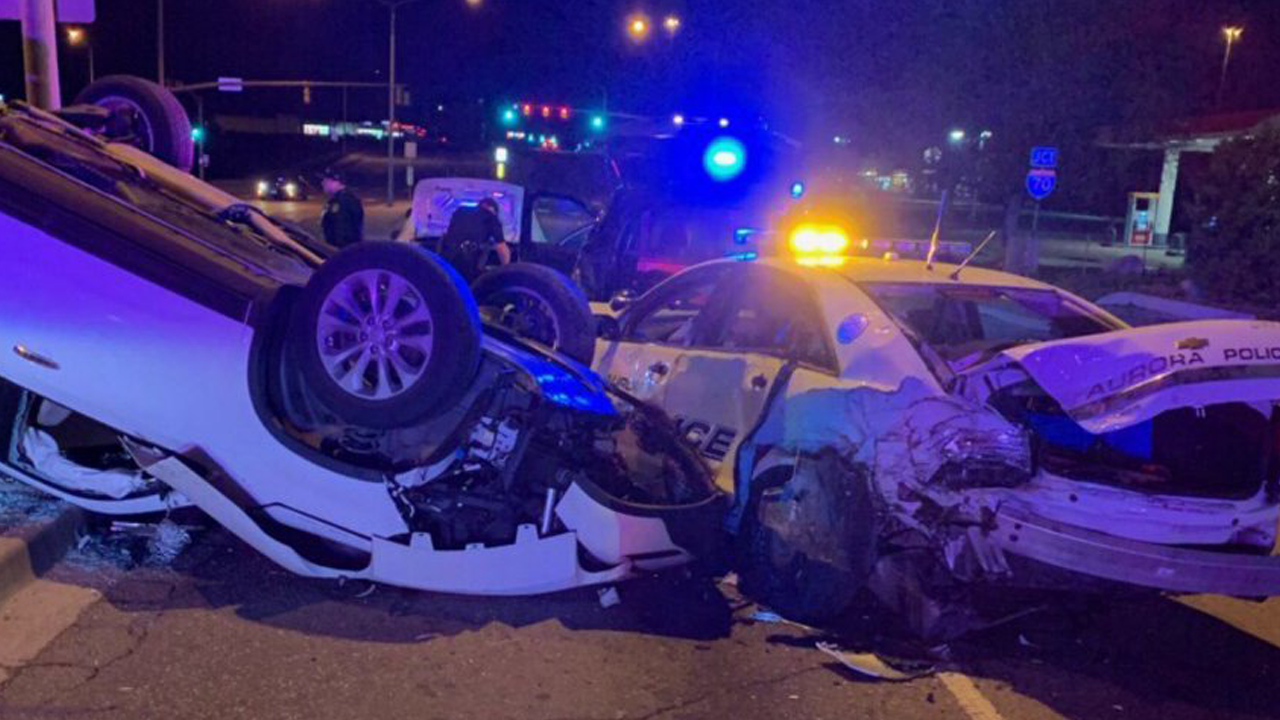 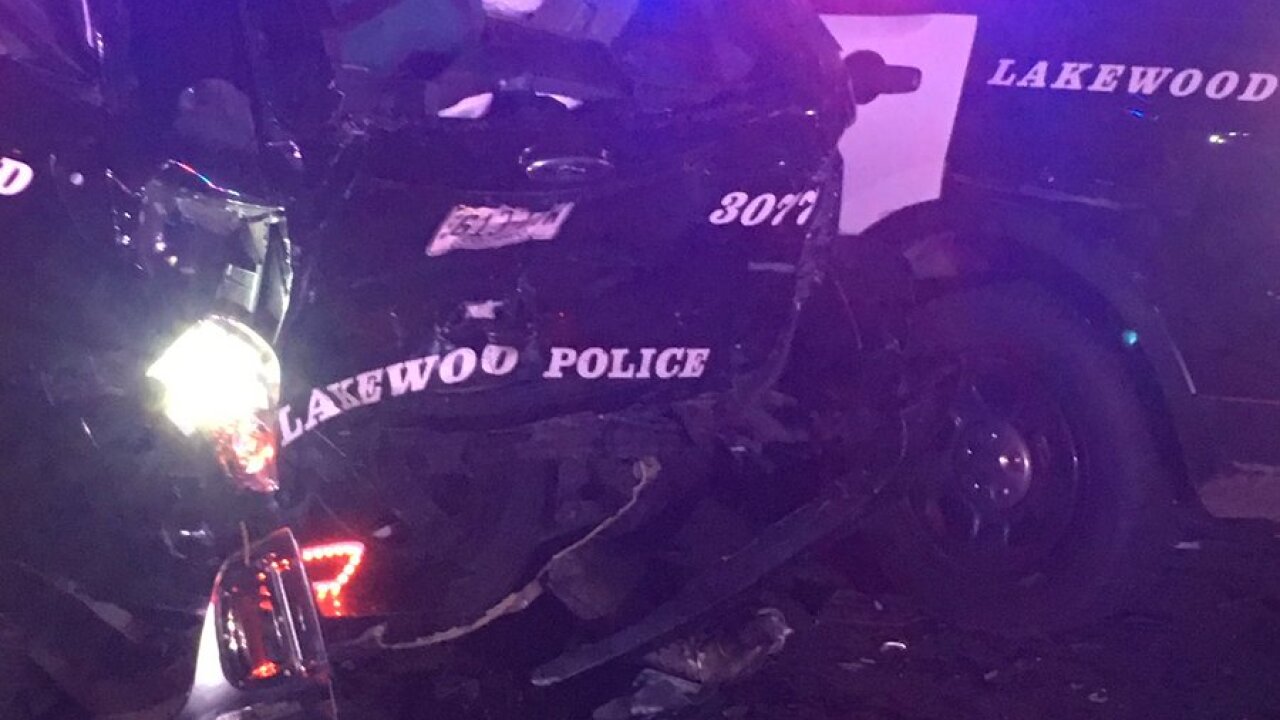 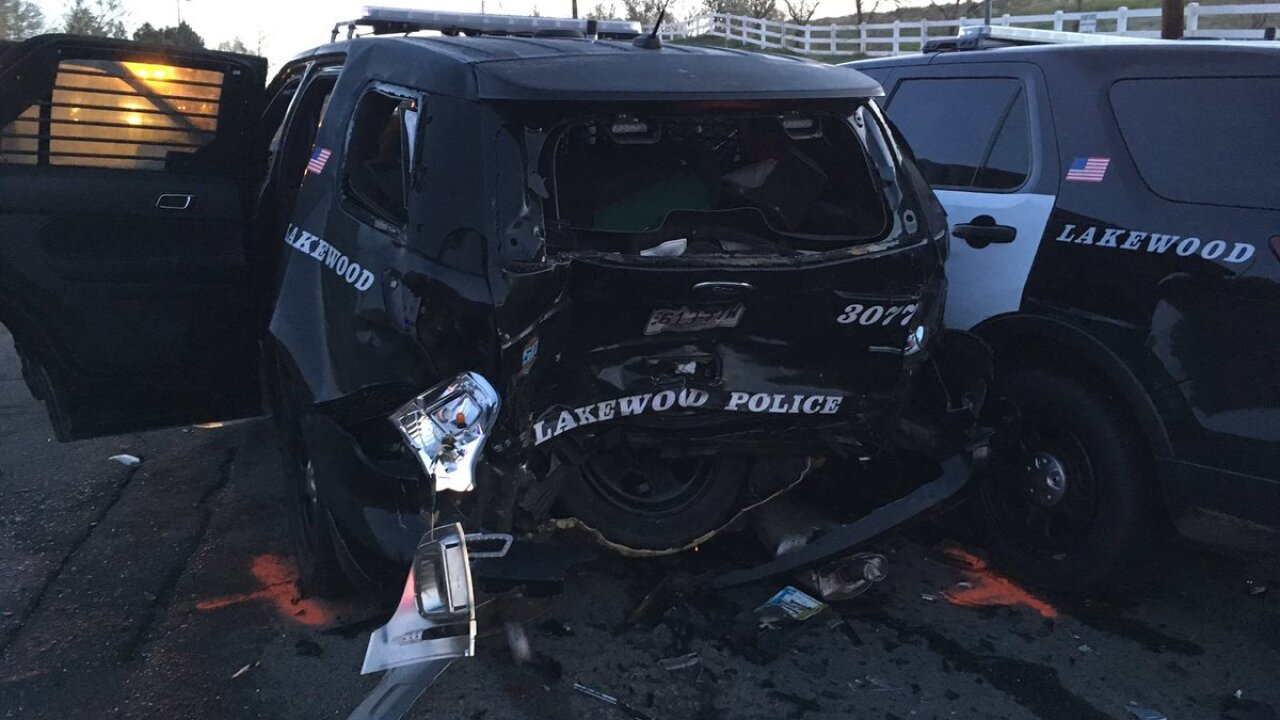 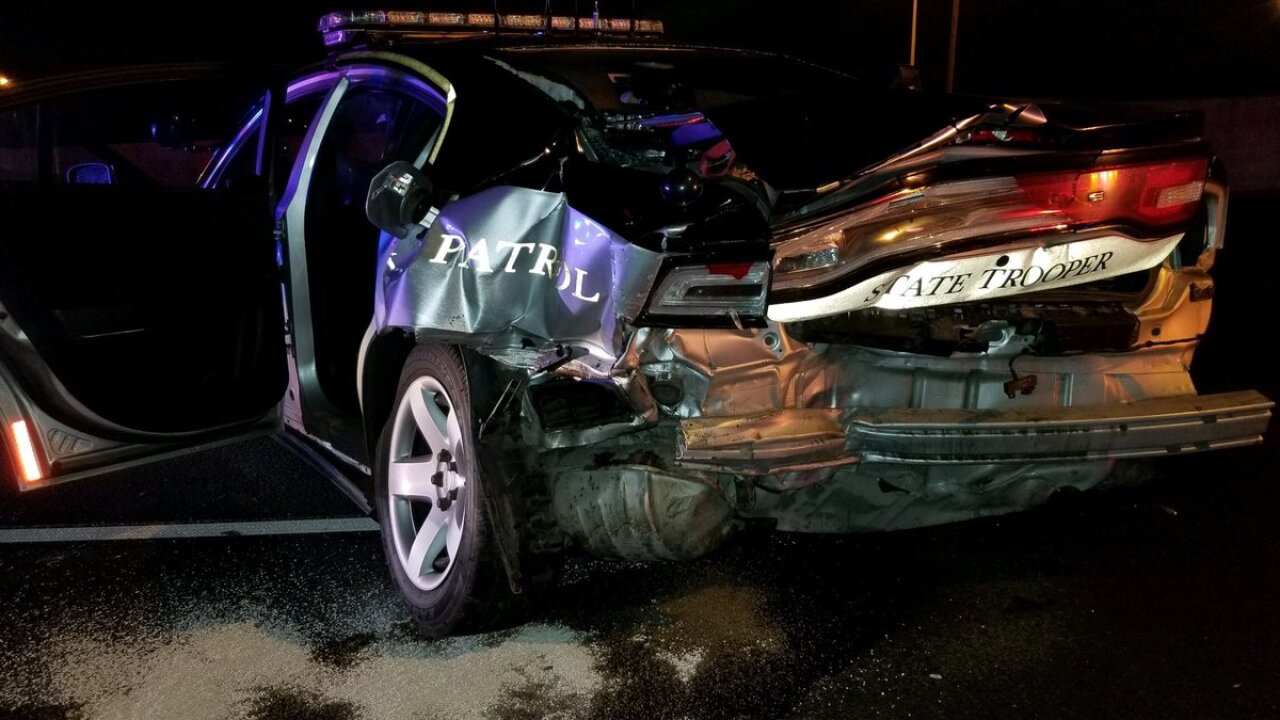 AURORA, Colo. — A suspected drunk driver rammed into the back of two Aurora Police Department patrol cruisers over the weekend, totaling one of the cruisers and damaging the other.

Aurora police officer Kyle Stoeppel works typically the overnight shift as a patrol officer and says he encounters drunk drivers weekly. Stoeppel was patrolling near the intersection of 38th and Chambers Saturday evening when he spotted a car driving strangely.

"I saw this car that was driving pretty slow. It's a 40-mile-an-hour zone, and they were going about 25 and weaving between multiple lanes of traffic. I was worried I was coming upon a DUI driver. So I go and initiate a stop, and they just stopped right where they were," Stoeppel said.

Two other APD officers also responded to help divert traffic as Stoeppel checked to see if the driver was in fact drunk.

The driver, however, didn't speak English very well, so Stoeppel returned to his cruiser to get his phone and call a translator. As he was reaching into his car, Stoeppel heard a loud bang.

"Honestly, I thought it was a gunshot. It was just a loud bang, and it sounded really close, and I wasn't really sure what it was, and then I turned around, and I saw a car flipped over," he said.

Another suspected drunk driver had rammed into the back of one of the patrol cars, pushing it into another one.

"We all took that moment of wow this just happened and then we started looking at the car," Stoeppel said. "We started hearing some screaming from inside the vehicle that was flipped over and it sounded like someone was trying the door but it wasn’t really opening. Luckily me and another officer were able to pry that door open and get the man out."

The driver of the car was taken to the hospital to be treated for injuries he sustained. One of the APD patrol cars was totaled and a second one was damaged. None of the officers were injured in the crash since they were outside their cruisers at the time.

Stoeppel considered the third patrol car that showed up to the scene a blessing since normally only two officers respond.

We were incredibly thankful the third officer showed up because if he didn’t show up in that either would’ve been me and (the other officer) or my car," he said. "We would’ve either gotten injured or killed."

Officer Javen Harper from APD's traffic division says officers encounter DUI drivers on a near nightly basis. He says officers like Stoeppel are putting themselves in harm's way every time they make a traffic stop and that this time, APD was lucky.

"It could have been a lot worse, but it should’ve never come to this," Harper said.

This is the third time over the past two months that a police officer's crusier was hit by a suspected drunk driver in Colorado.

On May 11, a Lakewood police officer was making a DUI arrest when his car was hit by another suspected drunk driver. That officer and the DUI suspect he was in the process of arresting were both injured in the crash.

Meanwhile, on April 22, a Colorado State Patrol trooper was also injured when a suspected drunk driver rammed into the back of their cruiser.

"The move over law is not only in place to protect police officers, firefighters, medical personnel, tow truck drivers and construction workers, but it’s also to protect the other people that are there," said Harper.

"Our message is don’t drink and drive," Harper said. "I just ask that you take a taxi home, get an Uber, or call somebody. If you have somebody at your house and you’re hosting a barbecue, keep them at your house, it's safer for everybody."

Governor Jared Polis is also getting ready to sign a bill into law that would raise the penalties against a driver who causes a crash that seriously injures a vulnerable road user like a pedestrian, police officer or construction worker.