Amputees in poverty face a 'crazy reality': What a Denver nonprofit is doing about it 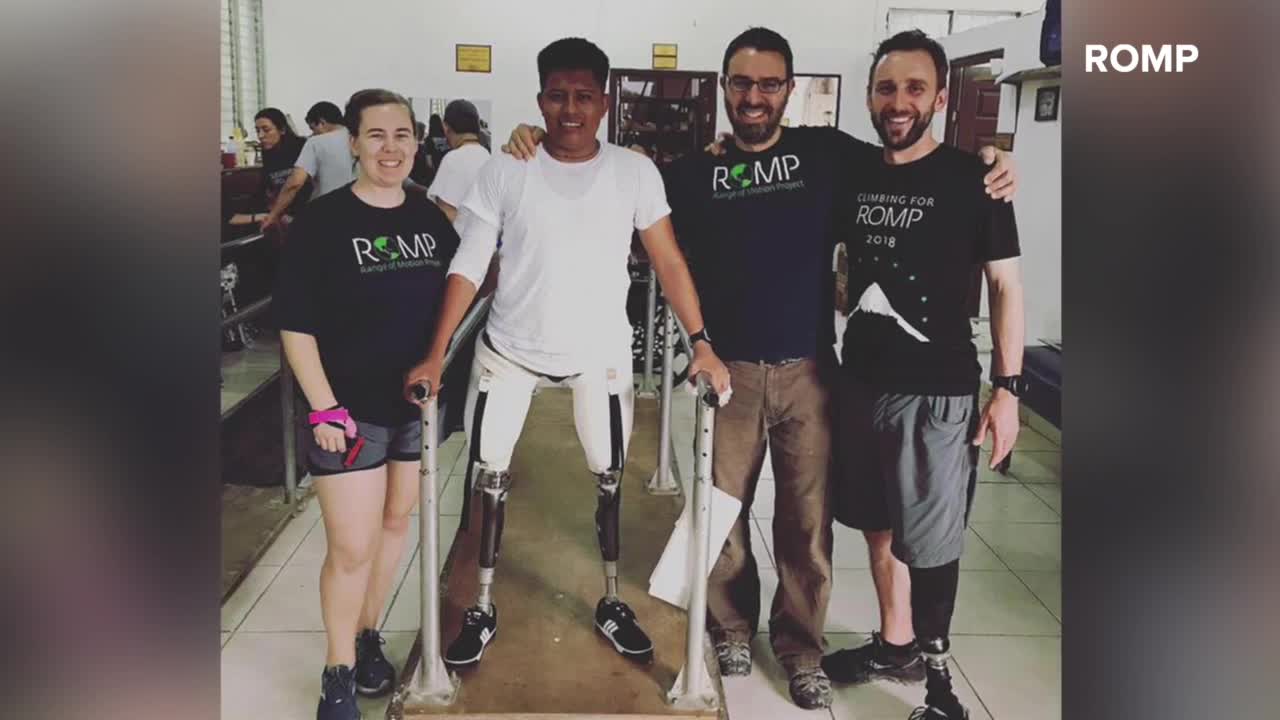 The Range of Motion Project, or ROMP, is deliver prosthetics to patients who haven't previously had access to care. 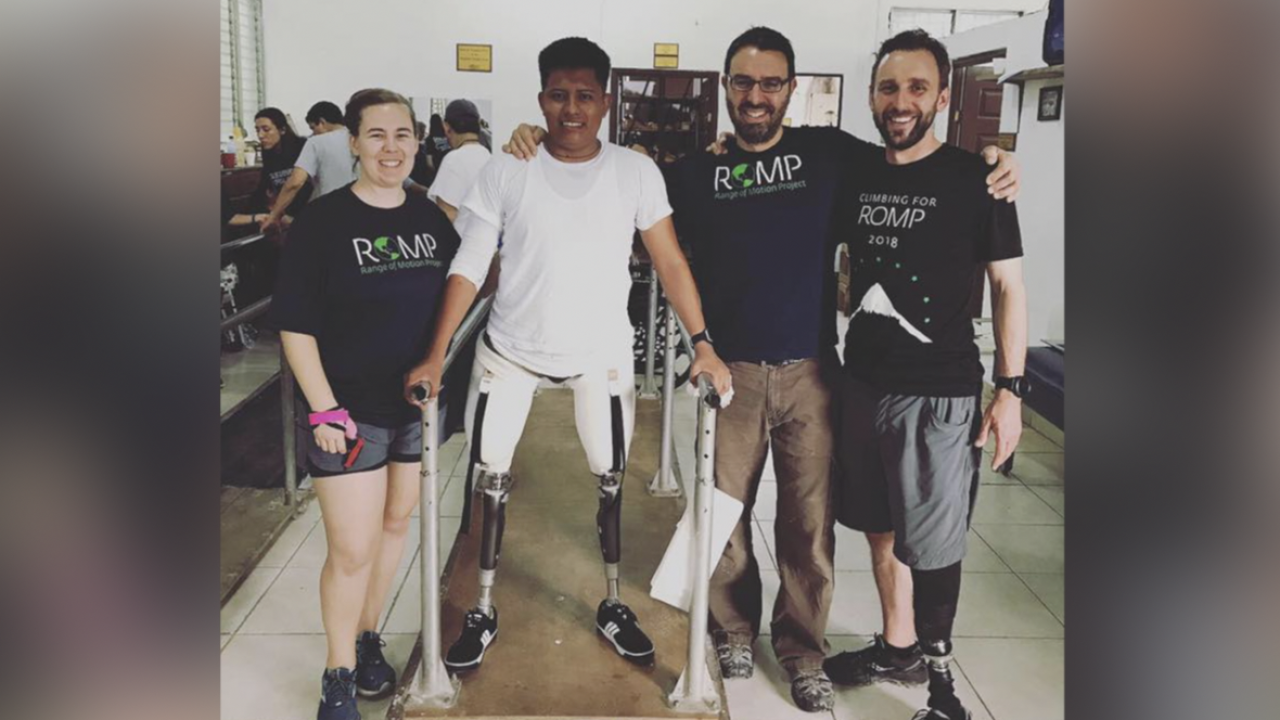 DENVER – The CrossFit timer beeped from inside the garage, and Sandy Dukat, jumping rope out on the driveway, took two hops to her right and propped herself against a brick wall. In one smooth motion, as if she was slipping on a sock or sliding into a sandal, Dukat attached her right leg to the rest of her body.

Dukat is an amputee; she was born without a femur bone and her leg was amputated when she was a baby.

She is also a two-time Paralympic ski racer who can jump rope and jump boxes and swim and run. But after wearing a prosthetic leg nearly all her life, it was a trip to a clinic in Guatemala a few years ago that left her grounded.

"It really hit hard that I never thought about my own care, because it just happened," Dukat said. "Every time I grew, I got a new leg. New sport, I got a new leg. I was very humbled by those who had gone 20 years without a limb."

Dukat was traveling with the Range of Motion Project (ROMP), a Denver-based nonprofit that works to deliver prosthetics to amputees in need. She's on ROMP's board of directors and a member of its elite climbing team.

ROMP is headquartered in Colorado, but the heart of its mission lies far down the Continental Divide, in Guatemala and Ecuador. There, ROMP works with doctors to help amputees in the poorest parts of those countries to get the artificial limbs they need: For work, for exercise, for everyday life.

It's the help that was missing before. Krupa, an amputee himself who lost his lower left leg to a congenital birth defect when he was a baby, had traveled to Guatemala and Haiti and Pakistan, and he saw the conditions of the amputees who lived there. The technologies had been developed for years, but the amputees had no access to the prosthetics Krupa had worn all his life.

"I just thought, 'This is a crazy reality that shouldn't exist,'" Krupa said. "'I need to do something about it. ... It started off for me as a very personal thing."

How ROMP gets the prosthetics to their patients begins in the U.S., where the group has partnered with more than 80 prosthetic clinics across the country to recycle hundreds of pounds of artificial limbs per week. If a prosthetic user passes away or a child outgrows their limb or needs an upgrade, the partner clinics will send the old prosthetics to ROMP, which breaks down the devices, tossing out any bad parts and using the good to create functional prosthetics.

"That actually allows us to create very affordable prosthetic care in places where the majority of our patients are the most economically vulnerable people in these societies," Krupa said.

In the end, ROMP delivers each prosthetic at a cost of about average of about $1,200, Krupa said. The patients are asked to cover anywhere from $100 to $500 of the cost. A new prosthetic typically costs about $5,000 and up.

"This is a major challenge that can be solved," Krupa said. "There's no reason that, in 2019, when multiple solutions exist for amputation, that most people who have an amputation can't access that solution. It's absurd."

ROMP relies on volunteer and donations. One of their biggest fundraising events, Climbing for ROMP, is this weekend at Mount Sanitas in Boulder.

In September, the group's elite climbing team – which includes Dukat, along with Kirstie Ennis, a former Marine sergeant who won the Pat Tillman Service Award at the ESPYs in July – will scale Cotopaxi, a 19,347-foot volcano in Ecuador. Ennis lost her left leg after a helicopter crash in Afghanistan in 2012.

The numbers tell the impact of ROMP. As of last year, the nonprofit had delivered 3,345 prosthetic devices to amputees since 2005, including 2,637 in Guatemala.

The impact is what Krupa and the rest of ROMP see in the clinics of Guatemala and Ecuador.

There was Oscar, the young boy who lost both of his arms below the elbow from a fireworks accident when he was four years old.

There was Regina, the teenage girl who lost her right leg after a stray bullet struck a major artery.

There was Victor, the father of three who lost his left leg in a traffic accident. The day after Victor received his prosthetic, he drove three hours to a rehabilitation clinic and worked all day, walking up and down stairs on his new limb.

By the end of the day, he was dancing.

"Rolling into a clinic on a wheelchair or walking in on crutches," Krupa said, "and literally leaving those crutches behind and walking out several hours later is one of the most tangible and incredible, transformative processes that anyone can live."