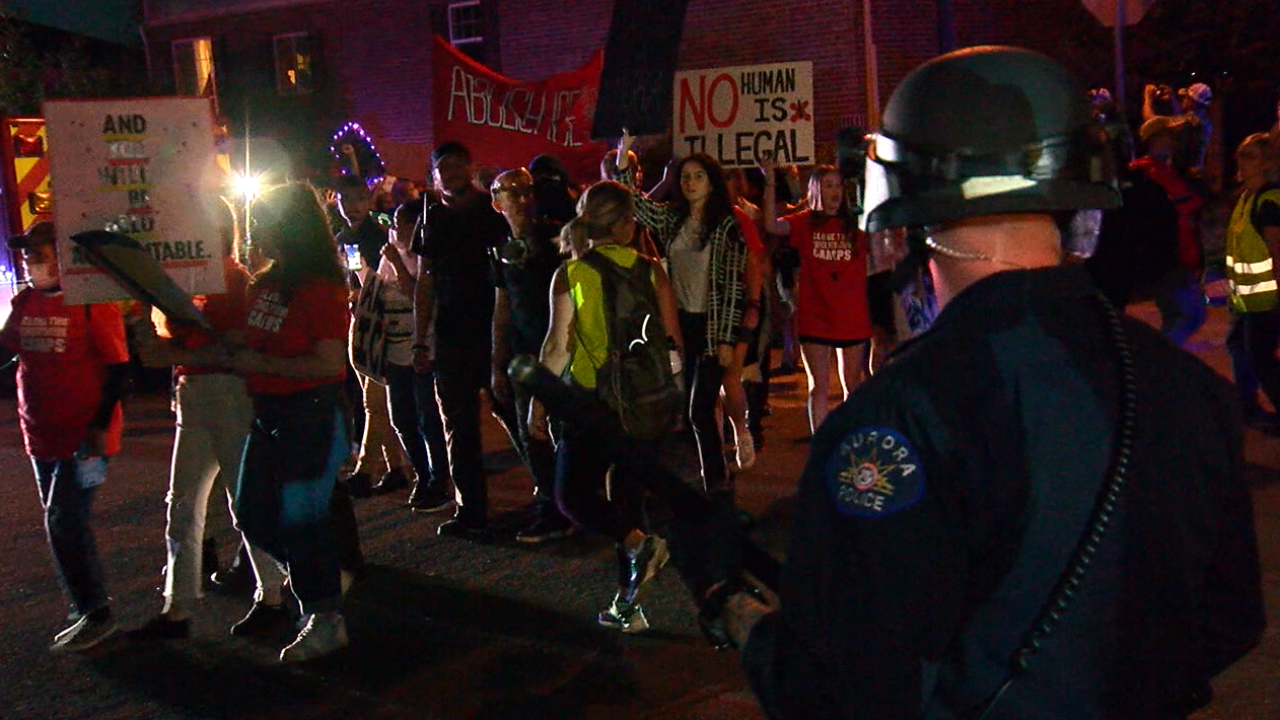 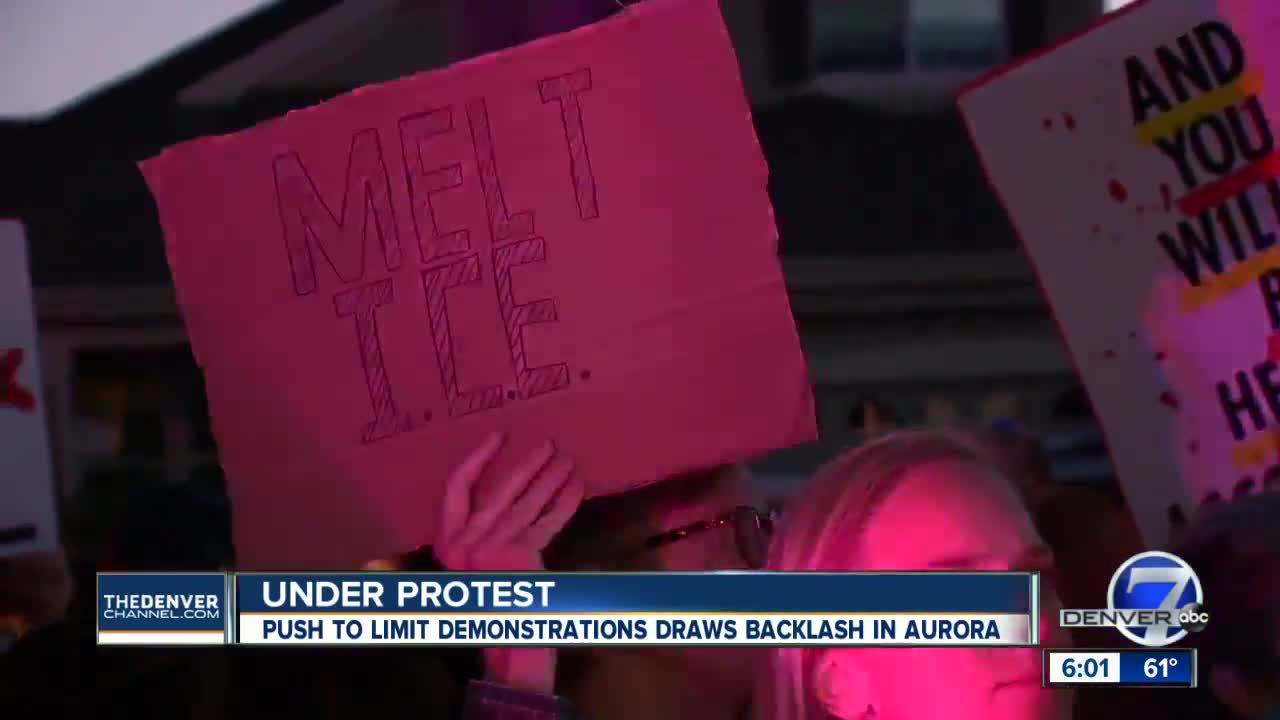 AURORA, Colo. – A particularly raucous protest through an Aurora neighborhood has city leaders considering limits on where and when demonstrations can occur.

The protest happened a month ago outside the house of the Aurora ICE detention facilities warden and lead to concerns from neighbors who were forced to leave or keep their children inside.

"We left the area," said neighbor Andrew, who asked us not to use his last name because he fears retaliation. "We had an obstruction out front here where we couldn't get in and out."

Andrew said he is glad to see the city is considering new restrictions for targeted picketing like what happened last month.

"It's not appropriate, I don't feel, to have it in neighborhoods," he said.

"Neighbors told me they couldn't let their children out in the evening to play because of the protest that was going," Bergan said.

The proposed change better defines targeted or residential picketing and sets parameters for when and where they can occur. It also makes obstructing streets and sidewalks illegal, a problem they had at the protest last month.

"We're making sure that the neighbors have privacy and that they're protected," Bergan said.

The ACLU of Colorado said most of the amendment strikes the right balance between homeowner's rights and those of protesters but raised concerns about what section.

"There is a section of this ordinance that is very concerning," legal director Mark Silverstein said.

Silverstein is referring to a section which restricts picketing in residential zoned districts "between the following times, whichever period is earlier in the day: thirty minutes after sunset and 8:30 a.m., or 8:30 p.m. and 8:30 a.m."

"Overbroad restriction of the rights of free expression," he said. "I don't know how Aurora could justify such a broad prohibition on the exercise of first amendment rights."

"That is not the intent," Bergan said.

Bergan said her intent is to focus on targeted picketing in residential areas, not all picketing or protests, and is willing to make minor tweaks.

"If there's an amendment to our ordinance, I'd be happy to look at that," Bergan said.

For neighbors like Andrew, any changes are about keeping the peace outside their front doors.

"It impacts so many people," he said. "You don't know what kind of violence or anything that will come along with it."

James Rotten with the Denver Communists, who helped organize the protest, called the city's explanation that the proposed changes would be about public safety "so cynical."

"When we protested at Johnny Choate’s house, the only threat to public safety was posed by the Aurora police.," Rotten said. "If the city of Aurora wants people to stop protesting at the homes of ICE officials, close the GEO camp and not another penny to ICE."

Three council-members gave tentative approval to the amendment during a committee hearing Thursday. It will now be forwarded to study session for further review.