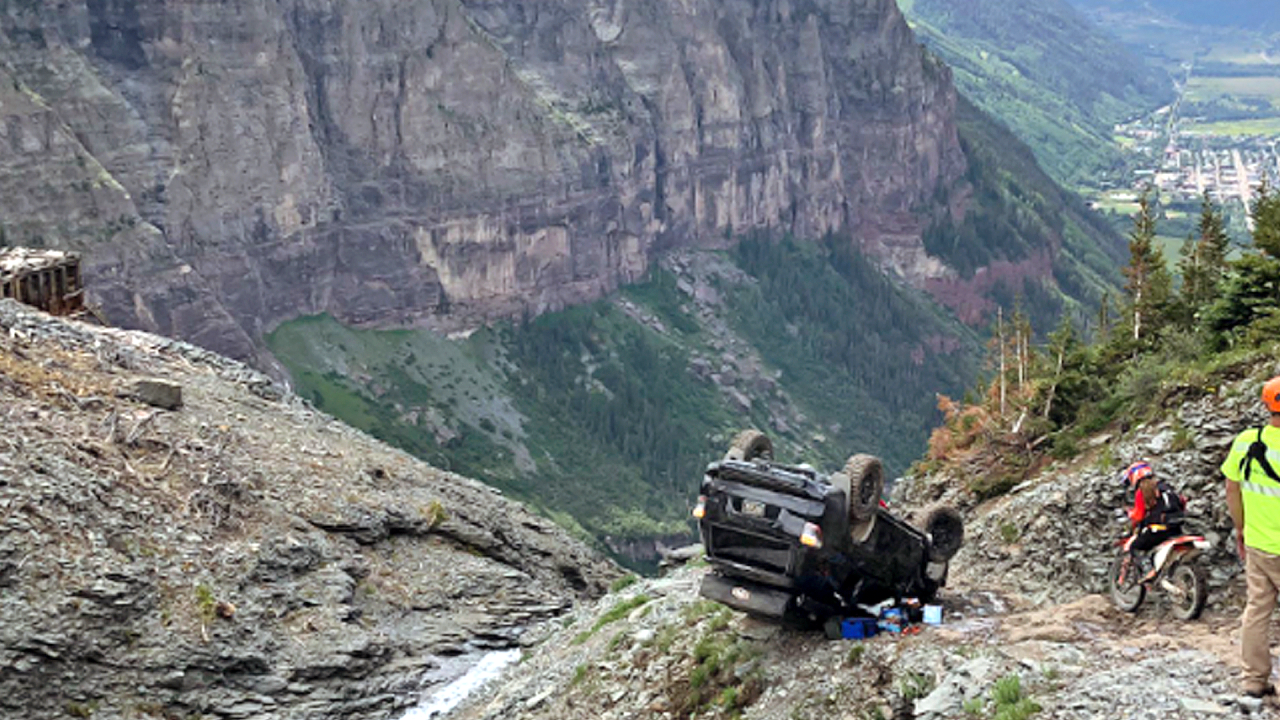 TELLURIDE, Colo. — The driver of an SUV survived a very close call after their SUV rolled down Black Bear Pass near Telluride Wednesday, landing on its roof just feet from what appears to be a steep cliff.

The driver, the only occupant of the SUV, was not believed to be seriously injured in the single-vehicle rollover crash near the stairs of Ingram Falls, according to the San Miguel County Sheriff’s Office.

Deputies closed both sides of Black Bear Pass while they investigated. They tweeted that the pass will remain closed until Thursday.

#Blackbearpass will remain CLOSED until at least tomorrow (Thursday) afternoon to allow for safe removal of vehicle that overturned earlier today. Bridal Veil Rd to the top of the falls remains open. pic.twitter.com/FleVfz3MLJ

This is the second off-roading rollover crash in San Miguel County in the past week.

On Saturday, a 72-year-old Montrose couple rolled their Jeep 450 feet down Tomboy Road near Royer Gulch. The couple suffered critical injuries and were flown to Saint Mary’s Hospital in Grand Junction.