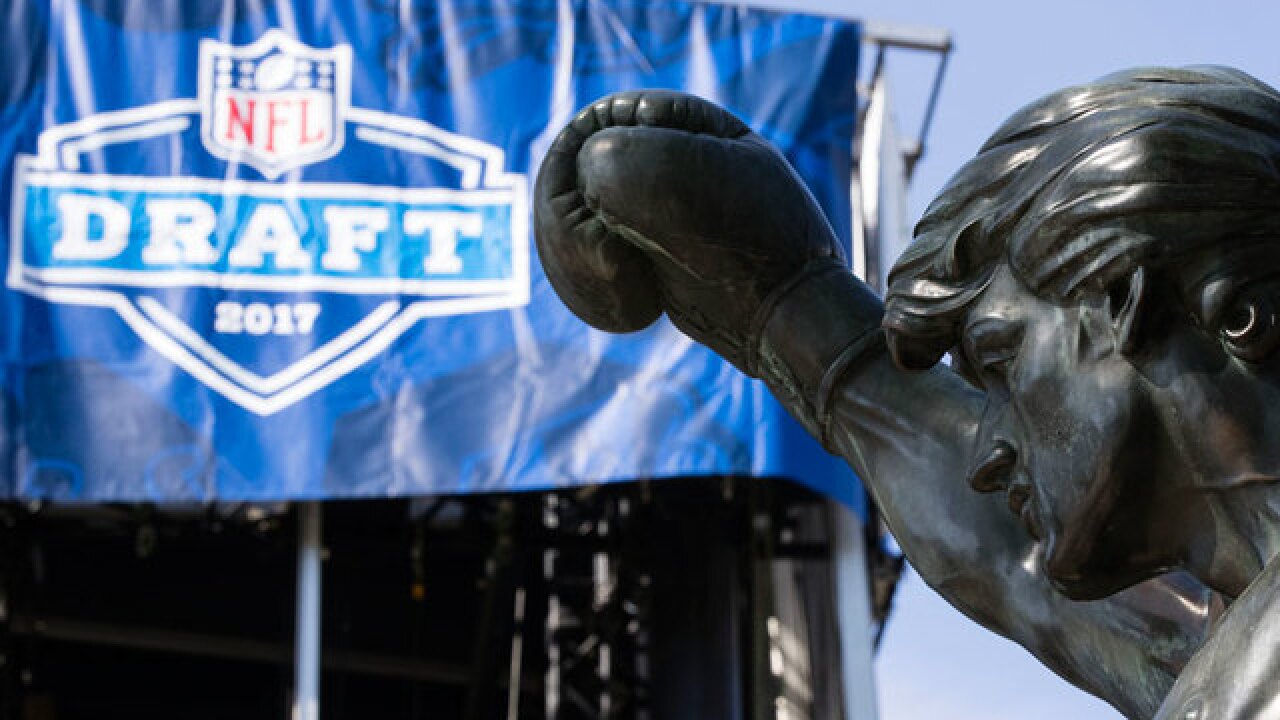 Copyright Associated Press
The Rocky statue stands in view of the stage being constructed for the upcoming 2017 NFL football draft on the steps of the Philadelphia Museum of Art in Philadelphia, Tuesday, April 18, 2017. 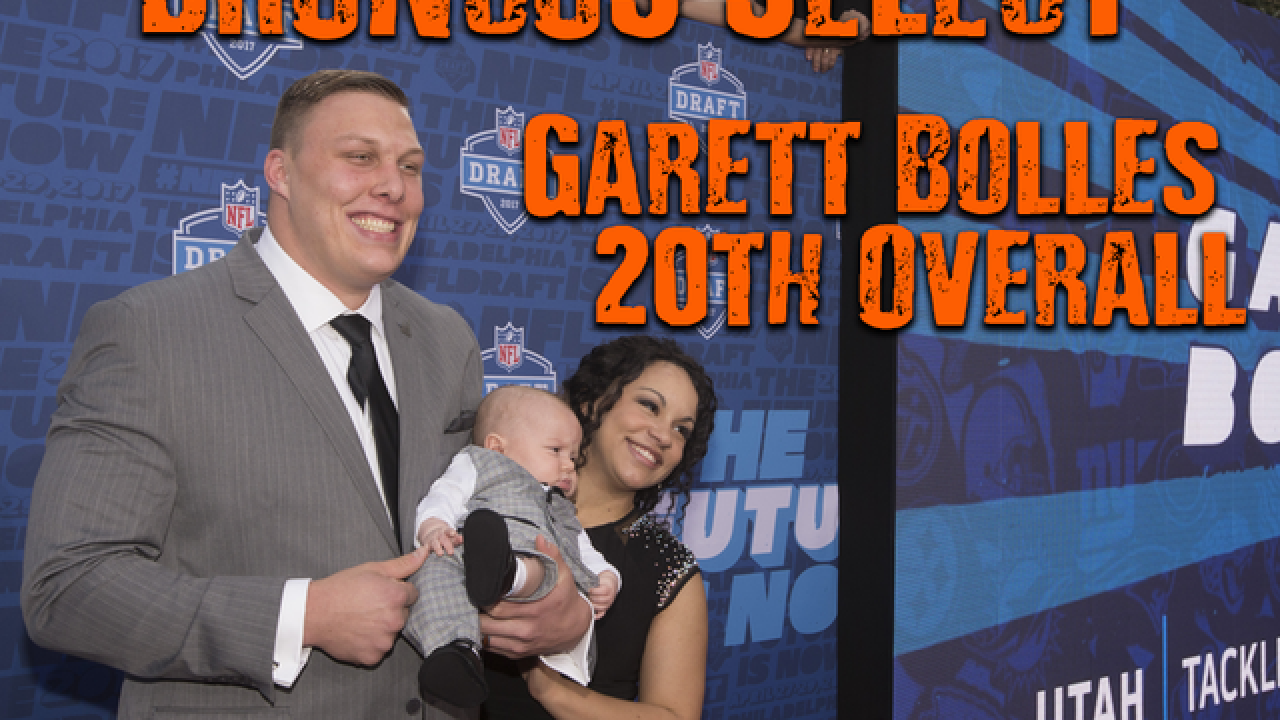 PHILADELPHIA -- The NFL draft is upon us, and team managers have had to make crucial decisions in their war rooms as they make decisions that will have repercussions for years -- their first-round draft picks in the 2017 NFL draft. That was the case for John Elway, along with the Denver Broncos, as they selected Garett Bolles with the 20th overall pick in the draft.

Bolles, an offensive tackle, is expected to immediately bolster the offensive line, a major issue with the Broncos offense last year.

The pick could have immediate impacts on how Trevor Siemian and Paxton Lynch, who are vying for the starting quarterback roles, will act in the pocket.

You can see all 32 picks of the first round of the 2017 NFL Draft as they happened below.

Draft order and selections of Round 1:

20. Denver Broncos - Garett Bolles, OT out of the University of Utah.

You can follow live updates on what these picks mean for the Broncos here, as Denver7 Broncos insider delves into the significance of each pick.