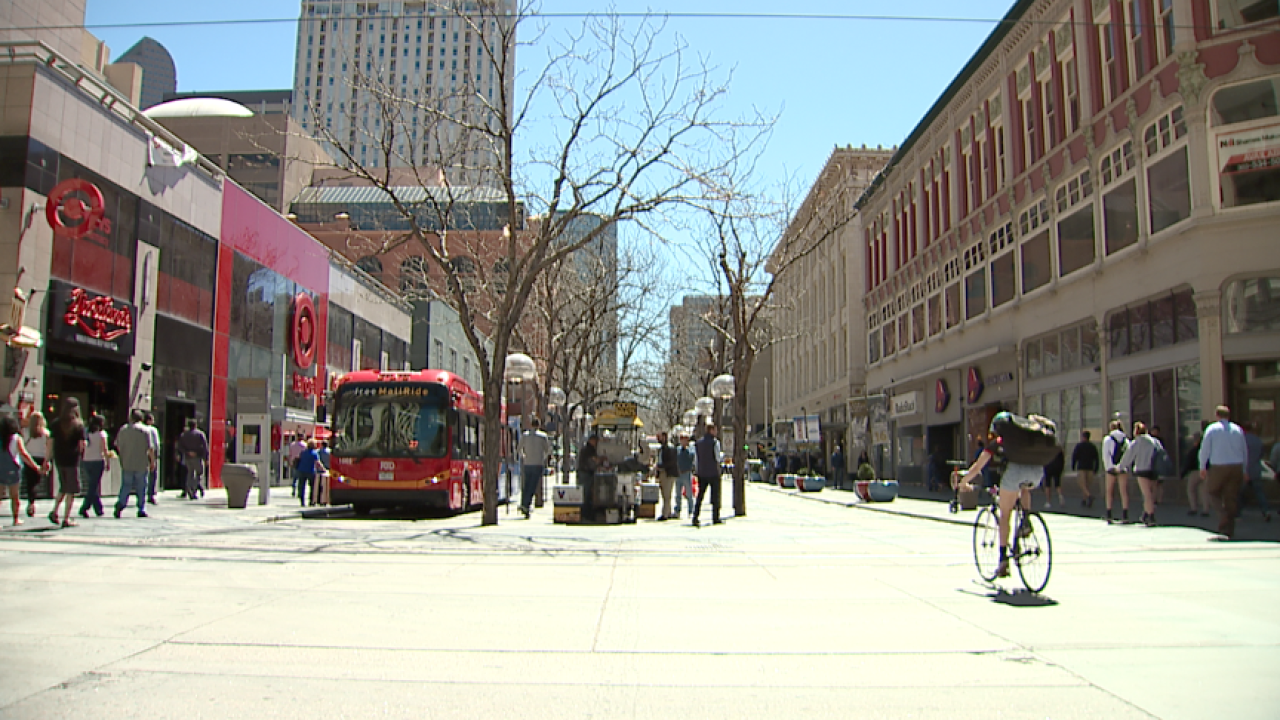 The 16th Street Mall is up for a big redesign as its infrastructure continues to age.

DENVER — The 16th Street Mall is in for a major redesign. The city of Denver has been working for years on a plan to revamp the area to make it a more practical and safer use of space for businesses and tourists alike.

The 16th Street Mall is now 37 years old — five years older than its intended lifespan. For Denver Public Works, the street is expensive to maintain.

The granite tile pavers that line the streets and sidewalk are not good for drainage and constantly pop out of place when it rains or snows. The ground freezes and then expands as the weather warms up.

"The infrastructure of the mall is in pretty bad shape. It’s costing quite a bit of money each year to maintain the mall," said Brian Pinkerton, the principal project manager for Denver Public Works. "You’ll see the maintenance crews along the mall almost continually repairing spots."

Denver is currently in the process of evaluating options to rehabilitate the area and perform a federal environmental assessment to make the redesign possible. It's accepting public comments on the draft environmental proposal until May 14.

Along with changing the makeup of the mall, the city is also considering a major redesign to the layout. Instead of having a center median where kiosks, trees and tables sit like the mall's current setup, the city wants to remove the median and put the bus lanes closer together. Then, it wants to expand the sidewalks on each side of the mall so that they are each 10 feet wide.

"We think that we can make it more activated and function a little bit better than it has in the past," Pinkerton said.

Construction on the mall likely wouldn't begin until late 2020 and it would happen in phases so that the mall is never completely shut down for construction.