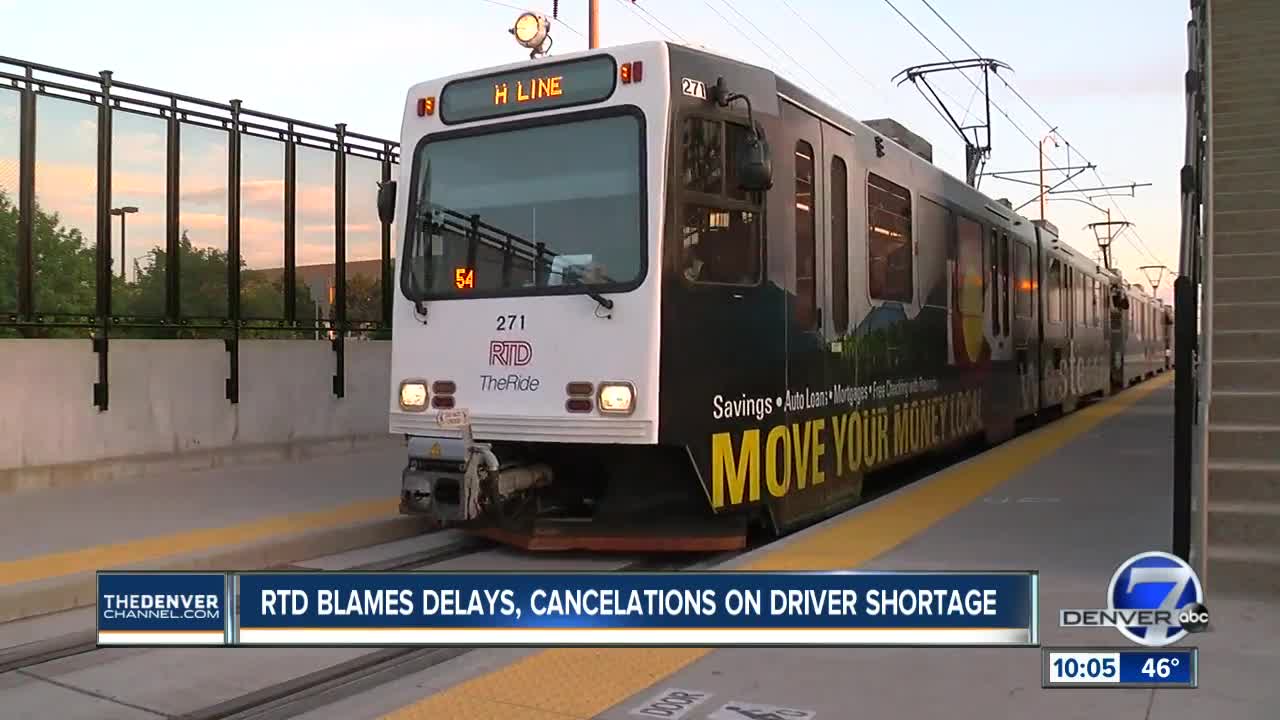 Five out of the eight rail lines were impacted. The R line alone had 21 cancellations.

"We just ask them to be patient. We are doing what we can to fill those routes when people call in; if we have operators who want to pick up extra work or work extra shifts, we try to fill those when we can," Tina Jaquez, an RTD public relations manager, told Denver7.

RTD has previously said they were 50 train operators and 75 bus drivers short. They say they are trying to attract new drivers with paid training, benefits and a $2,000 hiring bonus.

"There’s a lot of openings because unemployment is so low, so we are competing with those other organizations," Jaquez said.

Tori Alemany waited over 30 minutes for a train in cold, rainy weather. She, along with a friend, were trying to get to the Jonas Brothers concert at the Pepsi Center.

Her experience may be part of a larger trend in a loss of ridership. RTD has seen a 13.7% drop in riders this year.

RTD says they will be holding a hiring event on October 19.