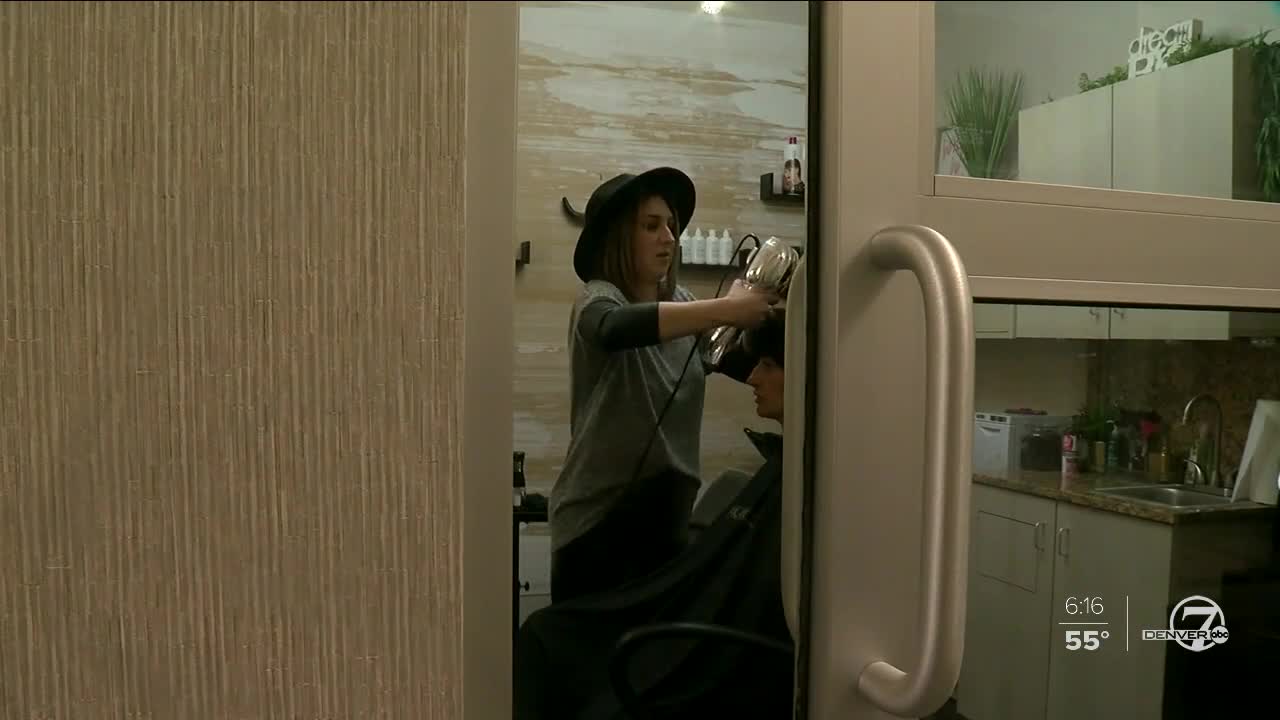 ENGLEWOOD, Colo. -- Colorado Gov. Jared Polis on Monday announced measures to help people whose livelihoods have been affected by the novel coronavirus while asking Coloradans to practice social distancing to mitigate the further spread of COVID-19.

Salon workers, however, feel they have little recourse in this temporary new reality.

“It’s definitely been a little scary,” Studio 515 salon co-owner Lauren Hendricks said. “We’re trying to stay calm and keep our clients, but as the days and hours go on, it seems we would be the only industry to be working.”

Add to that the social distancing aspect and it makes what they do tough to accomplish.

“We obviously can’t practice that with our job,” Studio 515 co-owner Molly Selindh added.

The co-owners said they will likely close up for at least a couple of weeks, which is where the really scary part comes in.

“We’re on a commission basis so if we’re not here we don’t get paid,” Hendricks said.

“At this point we’re kind of waiting to see what programs might be available through the federal government and hopefully through the local government,” Lather Salon owner Genevieve Rosemary added.

Rosemary closed her salon on Tuesday, until at least April 7.

“I’m not sure it matters to us where it comes from as long as there’s some support,” Rosemary said.

All three women signed an online petition to get the government to provide aid for those in their field. It’s been signed by more than 800,000 people so far.

“Hopefully that will get us a notice because you mentioned nobody’s talking about the personal service industry,” Rosemary added.

Many Coloradans in this industry are self-employed contractors and don't qualify for unemployment benefits.

“I would just plead with whatever governmental agencies that are able and willing to step in on our industry‘s behalf to be able to put some of those safeguards in place, because those of us that do this all day, every day, this is our bread-and-butter on the income,” Rosemary said.

“Hopefully we can get a little help. We need as much help as we can get because we’re not working, we’re not making any money,” Selindh said.

Some salons are staying open but many are weighing the same options, fearful of what's next.