Bars, restaurants move to pickup or delivery services only 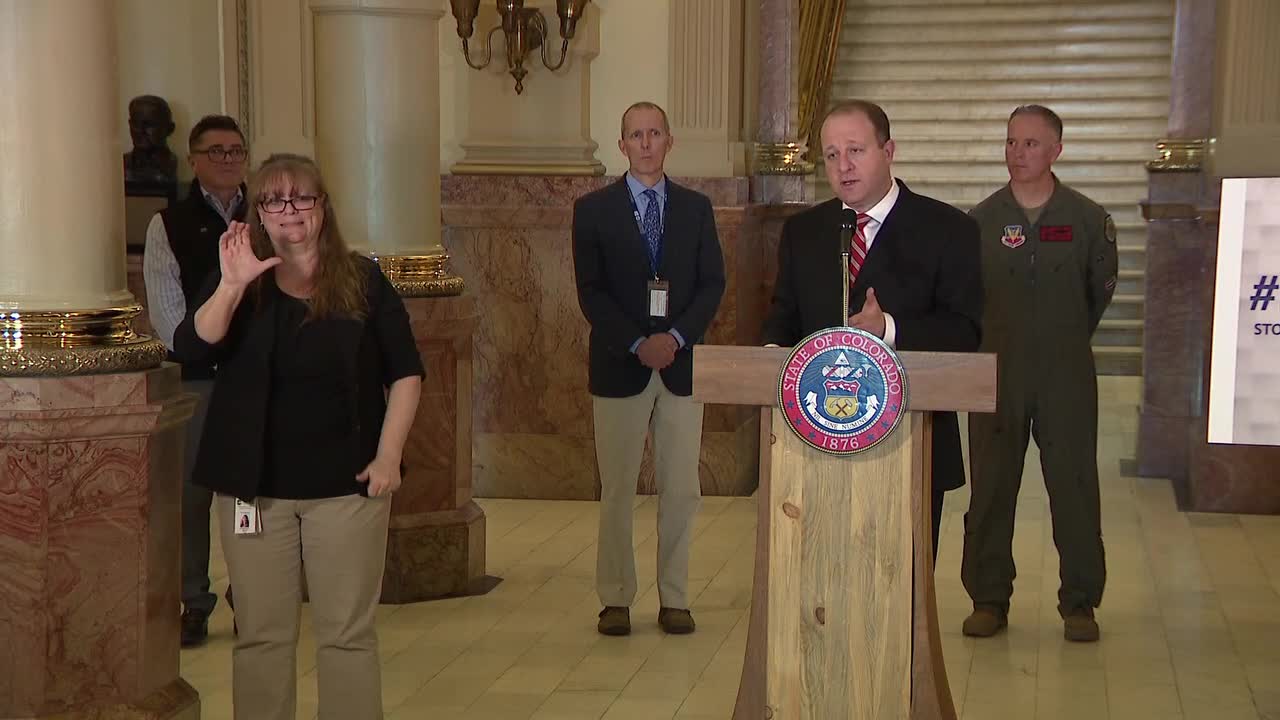 Gov. Jared Polis on Monday suspended dine-in services at all restaurants and bars in the state for the next 30 days, an order that could be renewed in a month. Takeout and delivery will be permitted under the order. 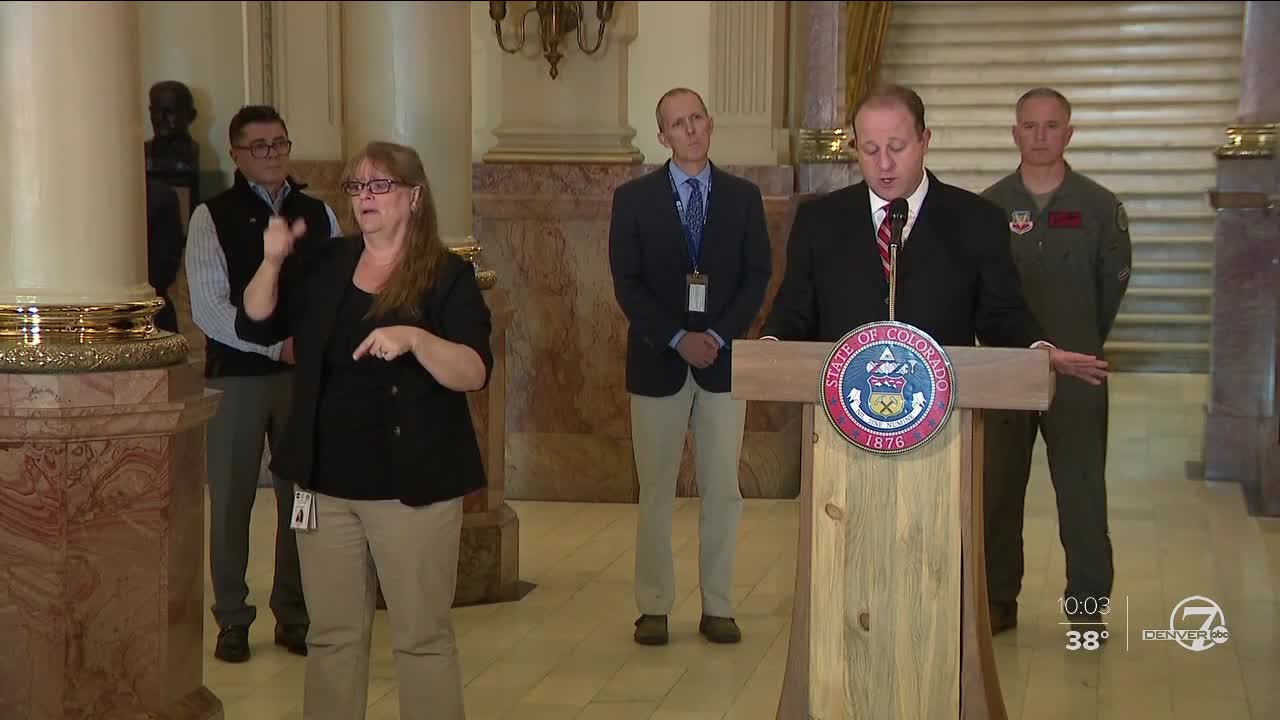 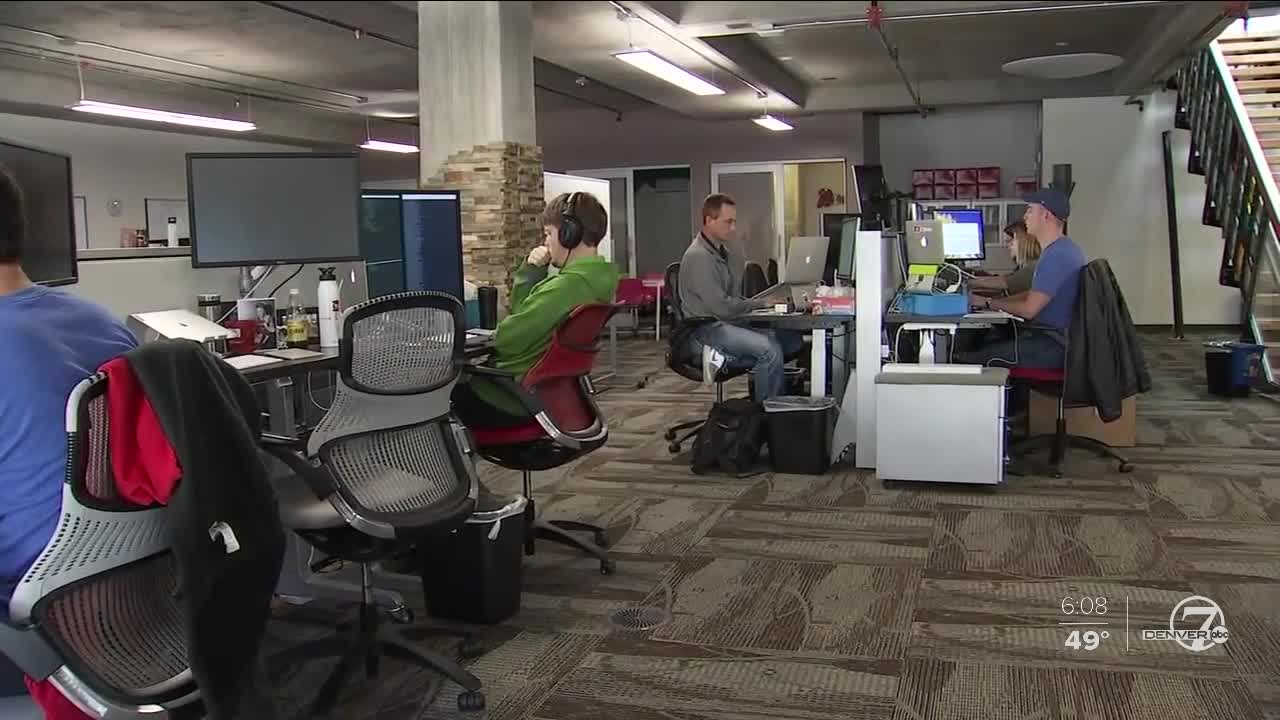 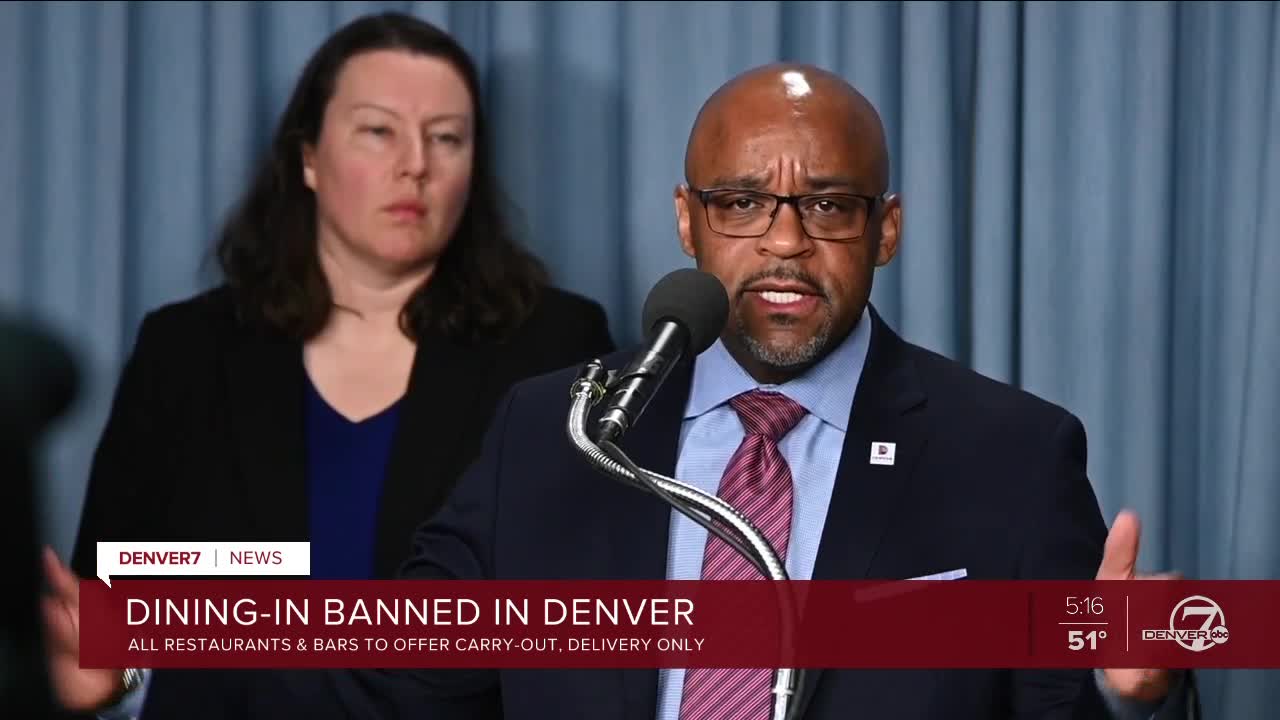 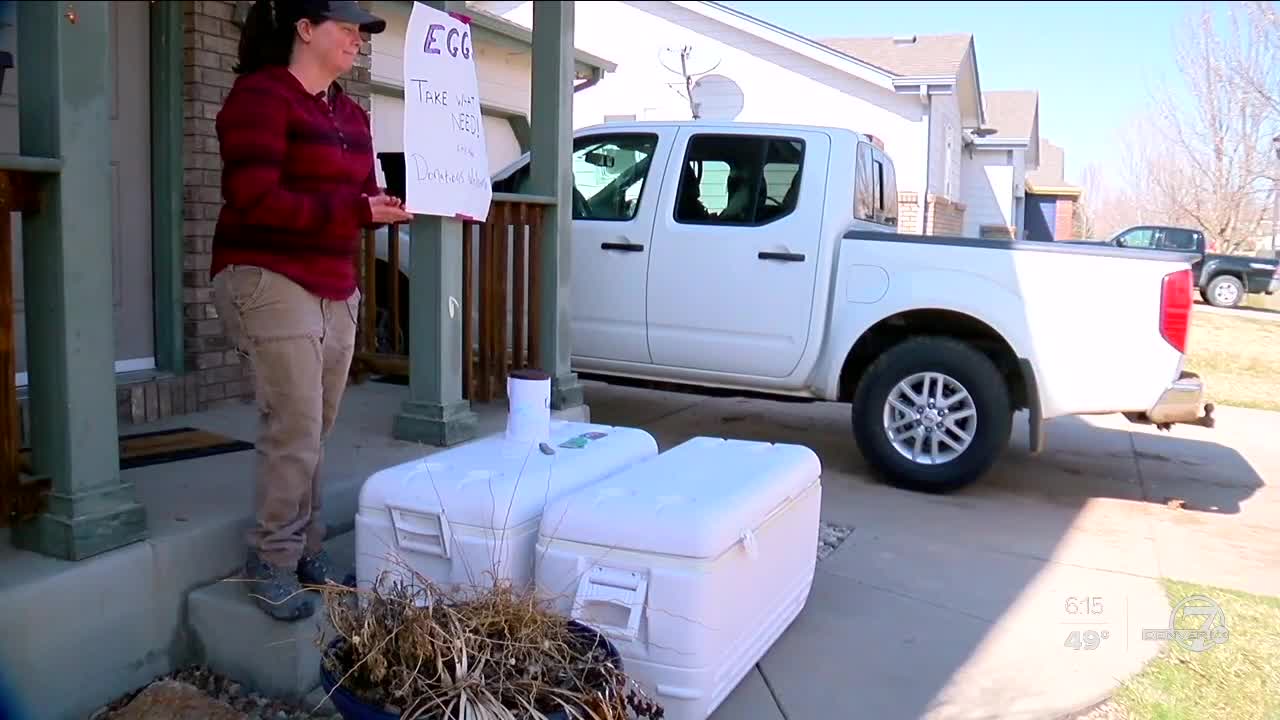 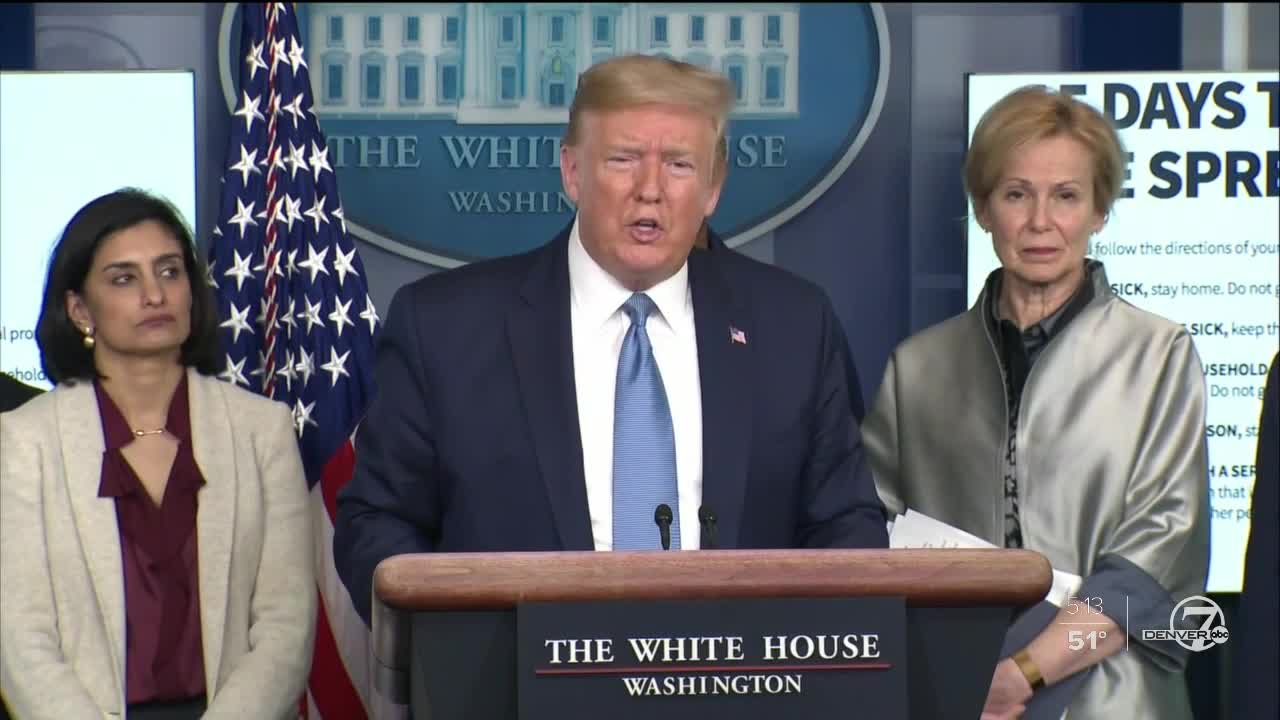 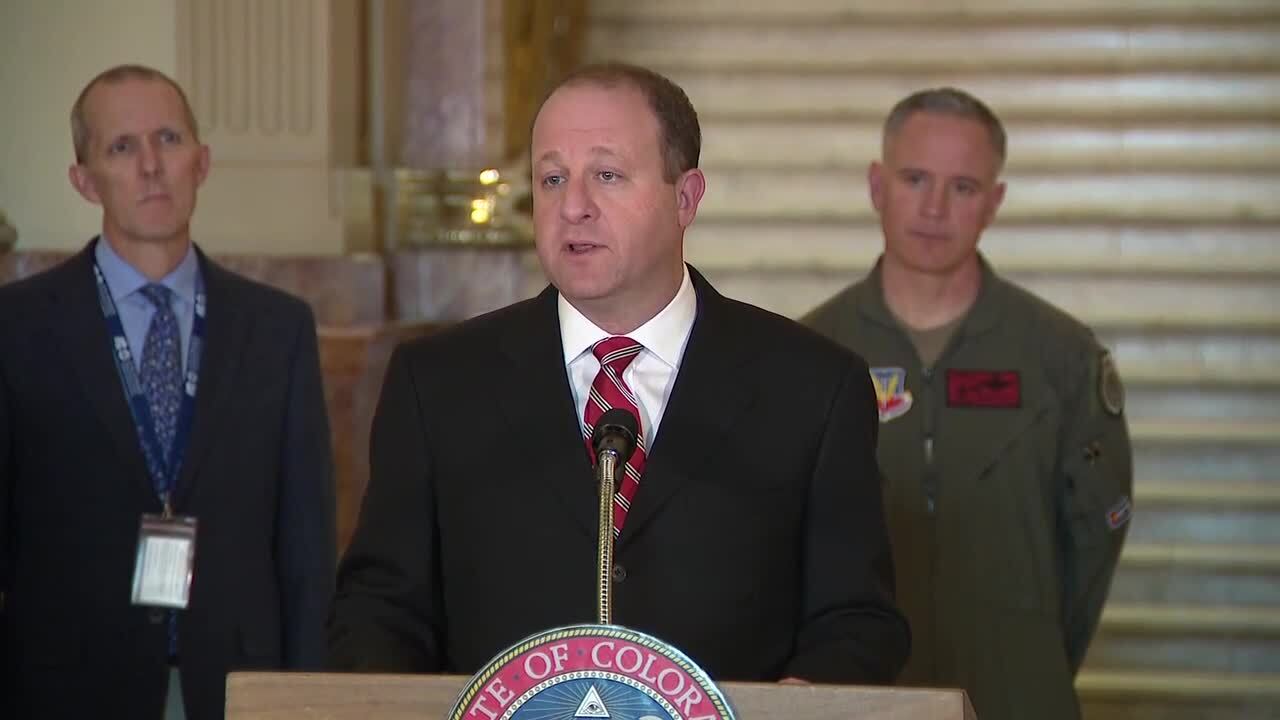 DENVER – Colorado is “chasing a ghost” when it comes to the testing of possible novel coronavirus (COVID-19) cases in the state, with many people not displaying symptoms of the virus until 3-5 days after they are infected and test results are not coming back until the symptoms have progressed, Gov. Jared Polis said Monday.

The governor, as he announced new restrictions to bars, restaurants and other public spaces, was adamant that more testing is needed in the state in order to identify more cases of the virus but said he and state health officials already suspect “thousands” of Coloradans have it but are only displaying mild or no symptoms.

Extra testing would allow epidemiologists and other scientists studying and responding to the pandemic in Colorado to figure out how it is spreading, where the spread is worst and what communities might already have it but have not been widely tested, Polis said. It would also help keep the most at-risk people from interacting with others who have the virus.

But he said there was mounting frustration about the virus and its incubation period, as the data seen on a daily basis – 29 more cases were confirmed in Colorado Monday, bringing the number of known positive tests to 160, of which 20 people were hospitalized– is often days behind where the actual infection is in terms of the number of people who have contracted the virus.

He said the state was extrapolating out the data it does have in order to try and forecast and model the growth of the virus in Colorado in order to make the best decisions about how, and where, to respond. As of Monday, Polis said, the United States is estimated to be “about where Italy was two weeks ago” in terms of the spread of the virus and the response thus far.

“This is very hard for any governor, especially one from the private sector, which is what I come from. This is really hard just to be able to say this is closing a business, a livelihood, a way people put food on their table,” Polis said. "But this is the overwhelming, expert opinion – scientific opinion. It’s what will guide me during this period. I’m not an M.D. I don’t have a Ph.D. in public health. Thankfully, there are people on my staff and council of advisers who do, who know that world well, and who know that by acting boldly now, we are saving lives and we are minimizing the medium and long-term economic damage to businesses and workers in our state of Colorado.”

Bars, restaurants to move to delivery, takeout only; casinos and gyms to close

Polis announced Monday afternoon that restaurants and bars were ordered to suspend dine-in services for 30 days and move to takeout or delivery options only starting at 8 a.m. Tuesday – a move Denver made earlier in the day. Places where large numbers of people gather – including gyms, casinos and theaters – were also ordered Monday to shut down for 30 days to try to encourage better social distancing measures to slow the spread of the virus. Failure to comply with the order could amount to a penalty of up to $1,000 and/or jail time for up to one year, according to the Colorado Department of Public Health and Environment.

“These steps are very painful for our state. While again, it may be an inconvenience to you if you’re a customer, imagine how difficult they are for the workers and the owners of those facilities, many of whom will have a tough time remaining viable, the workers that will lose their jobs,” Polis said. “These are very difficult decisions, the goal of which are to reduce the severity and duration of this public health crisis.”

The Colorado Department of Labor and Employment issued new guidance regarding unemployment benefits and how employers might work to stop layoffs during the restrictions shortly before Polis’ news conference, and he stressed how hard a decision it was to make to affect such a volatile industry.

“There will be a time when we want to celebrate those local small businesses again. When it’s safe, we want to go out, go celebrate at bars and clubs. We want to dine out. We want to celebrate in places we can congregate. But I think you all know, who are watching this, that that day is not today. It’s not tomorrow. It’s not likely to be next week or the week after. Our hearts go out to the 240,000 employees in the food and beverage industry.”

He said the state jobs database would be continually updated for statewide jobs that are available – both paid work and volunteer positions that will be needed to address health care needs and the needs of the state economy.

But Polis said that the steps were necessary to limit the spread of the virus as quickly as possible so that the health care system does not get overwhelmed and is able to treat patients with COVID-19, as well as all other ailments.

“While testing is important, we can’t wait on it. We need to flatten the curve. There are likely thousands of cases across the state not tested,” Polis added regarding the new restrictions.

“Chasing the ghost” that is coronavirus

The volume of people needing to be tested for the novel coronavirus (COVID-19) in Colorado has been “overwhelming,” and the state has not had as many private partners come online for testing as it had so far hoped, the state’s public health incident commander said Monday afternoon. And Gov. Polis said that private tests that come back negative are not currently being reported to the state, which could affect the overall data on sicknesses and mortality rates, he said. Polis said that the state was looking at ways to try and get that information reported.

The state is looking to open more testing facilities and to greatly increase testing, said the Colorado Department of Public Health and Environment’s public health incident commander Scott Bookman, and will be in Telluride starting Tuesday and in Routt County later this week.

Bookman said that National Guard members would be working to help set up the Telluride testing facility on Monday, which will be in-service on Tuesday, and on the Routt County site, which he said would open later this week.

The Telluride site will serve around 100 “high-risk patients” whom area health care providers have pre-selected to be prioritized for testing, however, and will not accept walk-up or drive-up patients.

Bookman said that the state was currently focused on mountain communities where the state does not have information about the spread of the virus, such as is the case in southwestern Colorado, so epidemiologists can work to understand how the virus is transmitting in those areas.

There is already known community transmission in the High Country, and CDPHE is advising anyone who has been in Eagle, Summit, Pitkin and Gunnison counties in recent weeks to isolate themselves as much as possible. The state wants more data about other mountain communities in order to better figure out what sort of further social distancing measures will be put in place and where else to up the testing and health care response.

Polis lauded the hiring, which came as a result of his early emergency declaration last week. But he again implored anyone with prior health care experience who have been previously licensed to get in touch with their former employers to ensure they can step in if a further influx of health care workers is necessary.

Polis hammered time and time again, however, that the state was “chasing the ghost” of the virus even up to 10 days after someone has contracted it. He said that while the state was not currently worried about a shortage of personal protective equipment, the government was trying hard to get more in order to stay ahead of the virus and what could happen.

Still, he said, Colorado is ahead of other states in terms of testing and overall response, but he added that “our entire nation is behind” and unable to get the supplies they need.

Polis said that President Trump has not been specific in his calls with governors or in his public appearances, calling the president’s comments in both “frustratingly general” as to what he’s doing for state governments to get more tests and more resources.

Bookman said the CDPHE was having a few issues with getting negative test results through to patients for those who took tests at the drive-up facilities.

He said that the state was “awaiting a new instrument from the federal government” that should lead to the CDPHE hiring more staff and increasing testing capacity.

“The governor has made access to testing a top priority and we are doing everything we can to increase capacity at the state lab to be sure we have a good input of supplies at the state lab,” Bookman said.

“We are chasing trailing indicators. The testing is trailing because you’re not going to test till you have symptoms, you’re talking 3-5 days. The hospitalization is trailing; you’re talking 7-10 days. So, at any given time, when we scale testing, we’ll have an accurate picture of where we were 3-5 days ago. We have not scaled it sufficiently to have that today. We do know how many hospitalizations we have; we have 20. So that’s an accurate picture of where we were 7-10 days ago,” Polis said. “So, in short, while we have 160 positive cases, the best estimation from our state epidemiologist and others, is that we have thousands of cases in Colorado today.”

Polis also urged people to share their social distancing experiences with each other on social media by using the hashtag #DoingMyPartCO and to urge your friends and family to share the word. He also said that supply chains are intact, and people should not panic or panic-buy items like toilet paper. He said that keeping up with mental health during the strange new times would be key.

“Look, this isn’t going to be easy. But the more seriously we take this public health emergency, the better we can weather the storm and get through this crisis with as little loss of life and as little damage to our economy as possible,” Polis said. “…Let’s look out for one another so we can get through this as a state, as a nation, as a world, and get back on our feet as quickly as we possibly can.”