State launches website for people to look at modeling data 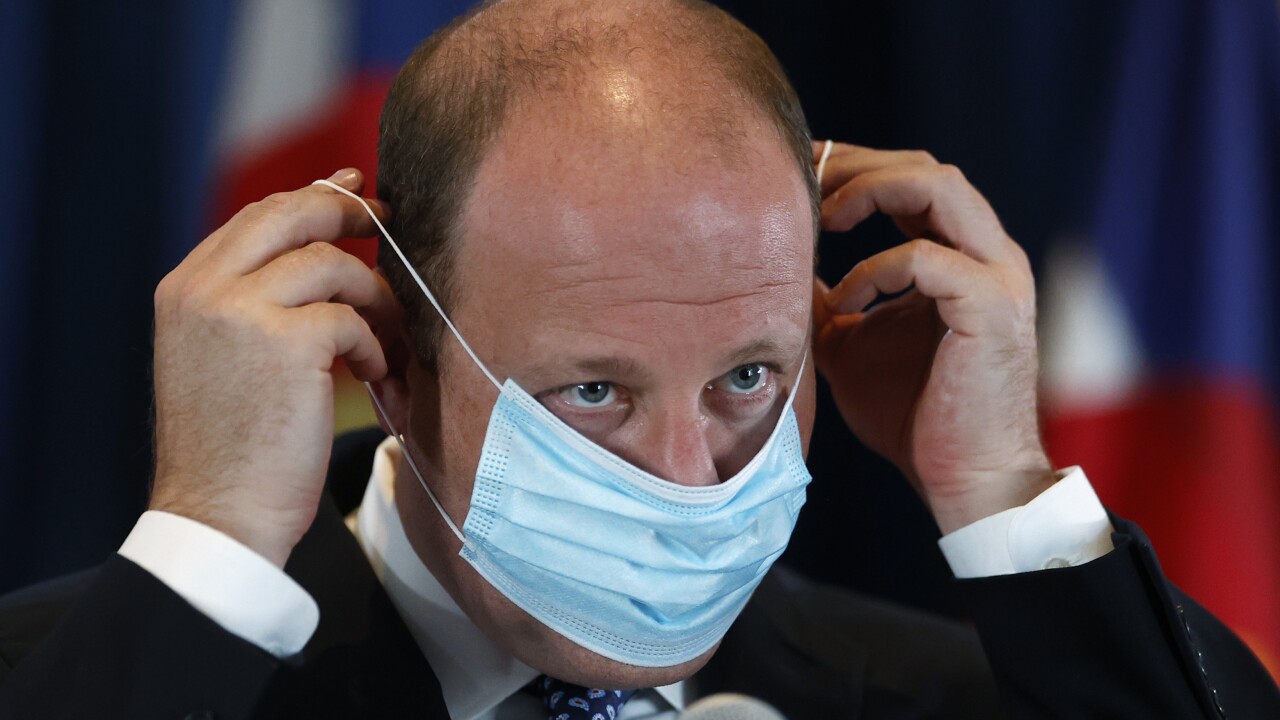 (Copyright 2020 The Associated Press. All rights reserved. This material may not be published, broadcast, rewritten or redistributed.)
David Zalubowski/AP
Colorado Gov. Jared Polis puts on his face mask after a news conference about the state's efforts to cut the spread of the coronavirus, Tuesday, June 30, 2020, in Denver. (AP Photo/David Zalubowski) 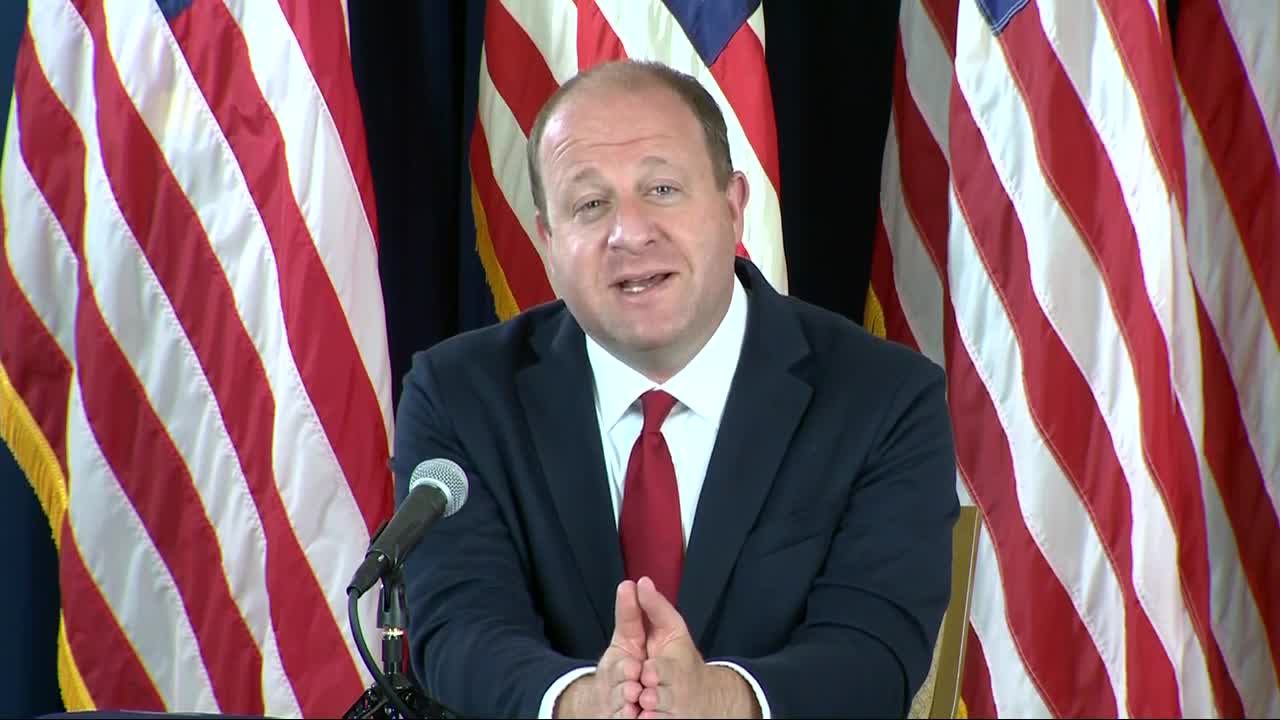 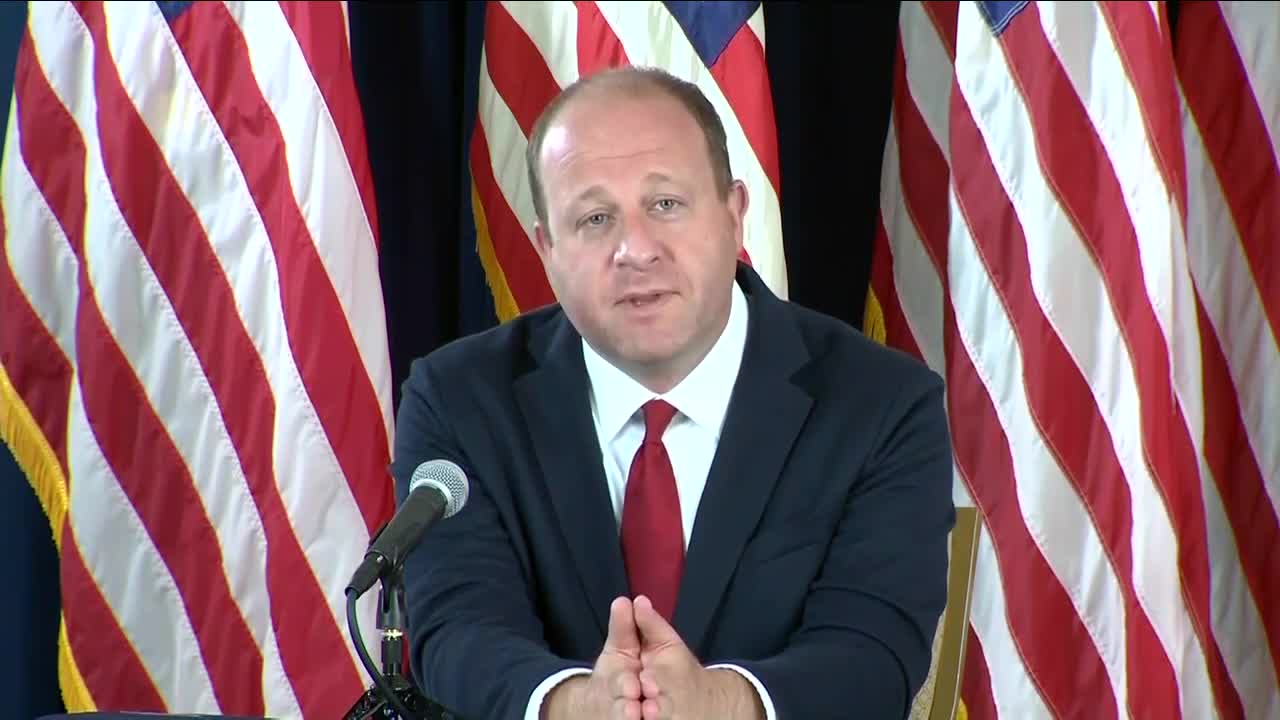 DENVER – Colorado Gov. Jared Polis did not rule out a statewide mask mandate in a news conference Thursday but made clear in his plainest terms yet how he feels about Coloradans and visitors to the state wearing them: “Wear a damn mask!”

The governor’s exclamation came in response to a question about why he had not issued a statewide mandate for face coverings or masks, as have some other states in response to their massive spikes in new COVID-19 cases and hospitalizations.

“If I haven’t been clear, I’m telling you to wear a mask,” Polis said after outlining that he feels he has been clear for weeks that all Coloradans should be wearing masks when indoors and when they can’t stay 6 feet apart from others and that he doubted anyone was waiting only on “a piece of paper” from the governor telling them to do so.

He said that local counties and municipalities have a much higher ability to enforce mask orders through local police, deputies and health agencies than the state does, and said that about 60% of Colorado now has mask-wearing or face covering ordinances in place.

But when pressed, he said he would not rule out a statewide mask order.

“I haven’t ruled out anything,” Polis said. “I want to do whatever leads to more mask wearing in our state.”

That includes out-of-state residents who visit Colorado, who Polis said should be fined by local agencies if they refuse to adhere to local or state public health orders and requirements. The governor said that between 50,000 and 100,000 Texans and Arizonans visited Colorado for the Fourth of July holiday – coming from the nation’s current COVID-19 hotspots.

Polis again used baseball metaphors to describe Colorado’s situation when it comes to the novel coronavirus – saying we were now down a run to the virus but had runners on base. Other states in the U.S., however, are down three runs, and Arizona, Texas and Florida are down 10 runs to the virus, he said.

But he acknowledged the virus’ reproductive rate was now above one in Colorado – meaning for every person who has the virus, they will spread it to at least one other person. And he said that mask-wearing was about 70% across all Coloradans right now, which is better than other states, but it needed to be closer to 85% or 90% to keep the rates here from growing even more quickly.

He said that increased mask wearing, less socializing and better social distancing will be necessary unless Colorado wants to slide back to where it was in May and see spikes like in our neighboring states – which Polis said would likely affect schools’ plans to reopen to in-person education in the fall and the economic recovery from the pandemic.

“It’s not a contest to cheat and see what you can get away with,” Polis said.

He also threw cold water on many young Coloradans’ hopes and dreams by declaring Summer 2020 “the summer of no parties.”

He urged teenagers and people in their 20s and 30s who are more prone to large social gatherings to instead have a couple friends over to play a drinking game, go to the park or go camping.

“Young people of Colorado need to understand, if we want things to be normal … you have to forego parties this summer and perhaps into the fall.”

He said Coloradans everywhere should treat everyone they encounter like someone who already has the coronavirus and to take precautions as such.

Polis and Colorado School of Public Health Dean Dr. Jon Samet also unveiled a new interactive website where people can use the school and state’s modeling data to configure various possibilities involving the virus in coming months based off changes to mask-wearing numbers, social distancing and other data to see how the modeling works and to find out for themselves what kinds of measures are needed to keep the state’s hospital systems and ICU beds from being overrun later this year.

Polis said that Colorado needs to “maintain our status as a positive outlier” health and economy-wise among states but also reiterated that a national strategy was badly needed and currently lacking.

Samet and Polis said they hoped that mask-wearing could reach levels near 100%, and Samet showed just how vast of a change the model sees when mask-wearing went from 50% to 100% under the new model website when it showed that the change would keep levels below the state’s ICU bed capacity.

Polis said that Colorado still has quite a way to go in the marathon against the virus and said it was time to continue to be smart and safe – and said that mask-wearing would be key to that, stressing what other state and local public health officials have said.

“This is not about politics or ideology, it’s about science and health,” Polis said. “Wearing a mask is the smartest and best thing you can do, along with staying 6 feet apart from others.”