Tri-County Board of Health votes to authorize mandatory face covering requirement, with opt out clause 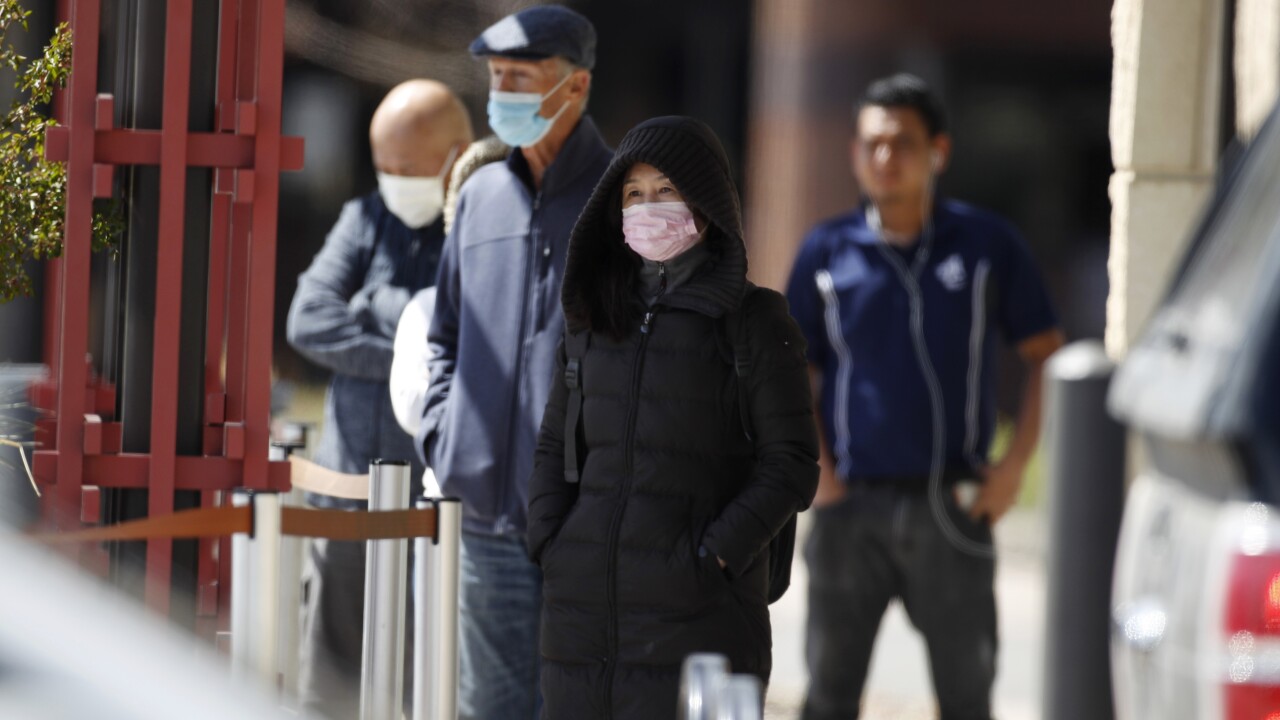 (Copyright 2020 The Associated Press. All rights reserved. This material may not be published, broadcast, rewritten or redistributed.)
David Zalubowski/AP
Practicing social distancing, customers wearing masks during the coronavirus pandemic while waiting to enter a Wells Fargo Bank branch Tuesday, April 14, 2020, in Aurora, Colo. The new coronavirus causes mild or moderate symptoms for most people, but for some, especially older adults and people with existing health problems, it can cause more severe illness or death. (AP Photo/David Zalubowski) 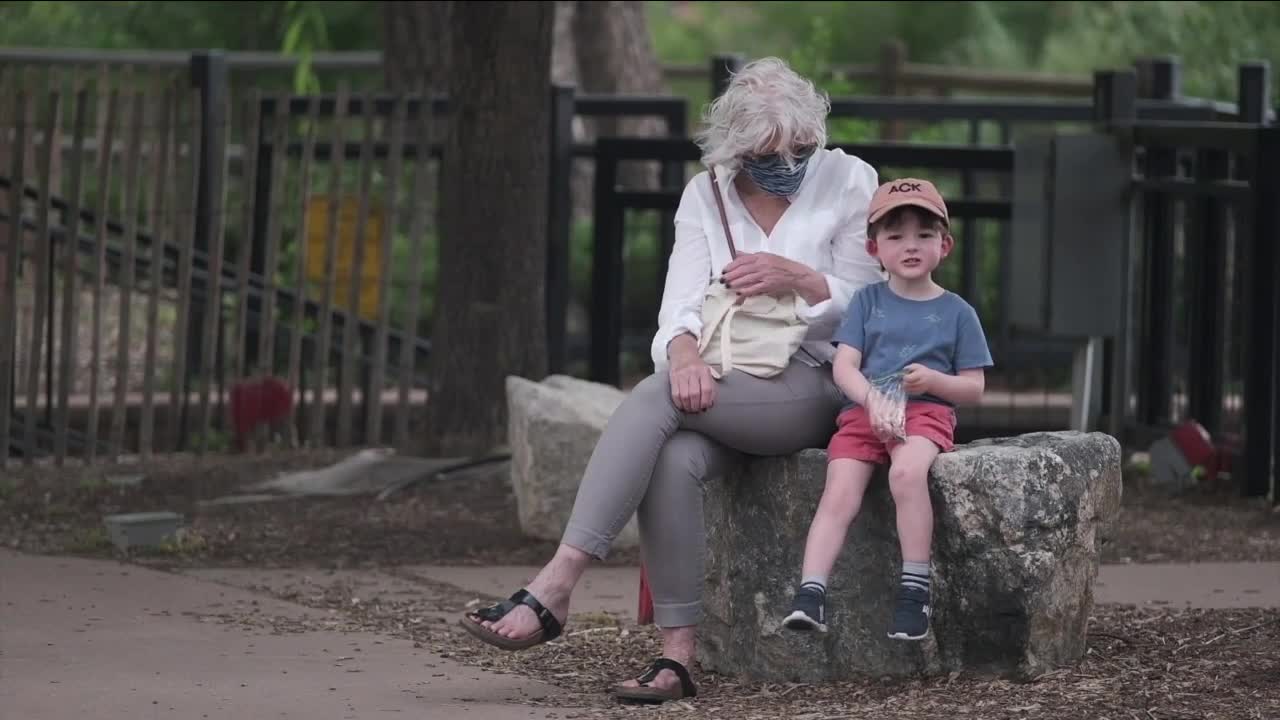 DENVER – The Tri-County Health Department’s Board of Health voted 5-4 Wednesday to authorize the department’s executive director to implement a mandatory requirement that people wear face coverings in certain settings, though the three counties and local municipalities under the department’s jurisdiction will be allowed to opt out if they choose and vote to do so.

The directive passed by the board says that the order will expire on or before 90 days from when it is implemented by TCHD Executive Director John M. Douglas, Jr., M.D., unless he amends, extends or rescinds the public health order.

The measure passed after hours of discussion and hand-wringing about whether or not it was the board of health’s role to authorize the executive director to implement the face covering requirement or that of local elected officials. The meeting was also interrupted multiple times by members of the public opposed to wearing masks, with some calling some board of health members communists.

In the end, all three board members from Adams County – President Rosanna Reyes, RN; Julie Mullica, MPH; and Richard Delaney, JD, MPH – all voted in favor of passing the authorization. Joining them in the majority were Secretary Jan Brainard, RN, of Arapahoe County and Paulette Joswick, RN, of Douglas County.

The four members of the board who voted against authorizing the mandatory mask mandate were Thomas Fawell, MD, and Kaia Gallagher, PhD, of Arapahoe County, and Marsha Jaroch, NP, and Vice President Zachary Nannestad, MPH, of Douglas County.

Positivity rates in Adams County were about 5.7% this week. They were 4.4% in Arapahoe County and 3% in Douglas County. The state is hoping that counties can remain under 5% positivity rates if they want to move to the next phases.

Douglas argued that more data is showing that wearing masks and mandatory requirements for when people are inside businesses or outside and cannot stay at least 6 feet away from people have likely kept the spread of the virus down in other countries, state and cities that have adopted them.

And he showed data the TCHD has been collecting that showed that mask-wearing in the three counties has either remained flat or gone down, in the case of Adams County.

He and some others on the board lamented how politicized mask-wearing has become, and it showed in comments in the meeting’s chat room and in some of the interruptions from the public.

“It has unfortunately gotten to be politicized in a way that I’ve never seen a public health intervention fall prey to,” Douglas said.

But he said that it seems unlikely that President Trump or Gov. Jared Polis will issue national or statewide face covering requirements. However, he said, some data show that local mandates or regional mandates could lead to similar effects if enough large municipalities put them in place.

The board members said during the meeting they had received a letter from several mayors within the metro area urging the board to pass a mandate. Among those who signed it were Aurora Mayor Mike Coffman, Westminster Mayor Herb Atchison, Englewood Mayor Linda Olson and Northglenn Mayor Meredith Leighty, as well as mayor from other municipalities that already have orders in place.

“Our region prides itself on being leaders in the fight against COVID-19,” they wrote. “The Mayors of the municipalities listed below have joined me in this important effort. Mandatory face-coverings is an opportunity to further that leadership at this critical moment. Please act today.”

But some board members wanted to give counties or local municipalities – generally where people believe that masks should not be required – the ability to opt out of said requirements.

Mullica said that it was the board’s job the make the best decisions for the public’s health and not to allow fear of mask-wearing to dictate the board’s response. It was her motion that eventually was tweaked and adopted.

“Our decisions are based off science. Our job is to decide, based off science and the experts we’re hearing from, how do we make the best decisions for our communities? I think we’ve heard that we support masking wearing. So politics aside, that should be the uniform message from this board for our three jurisdictions.”

“We need not let people scare us off,” Joswick added.