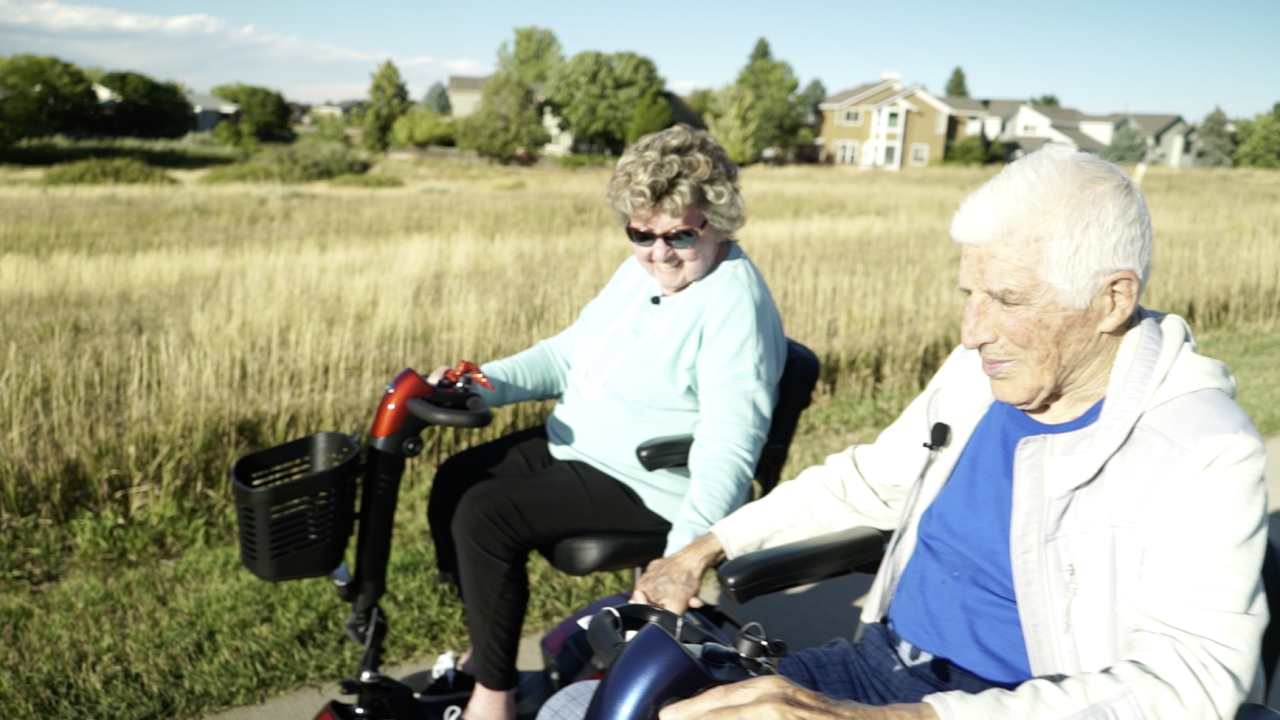 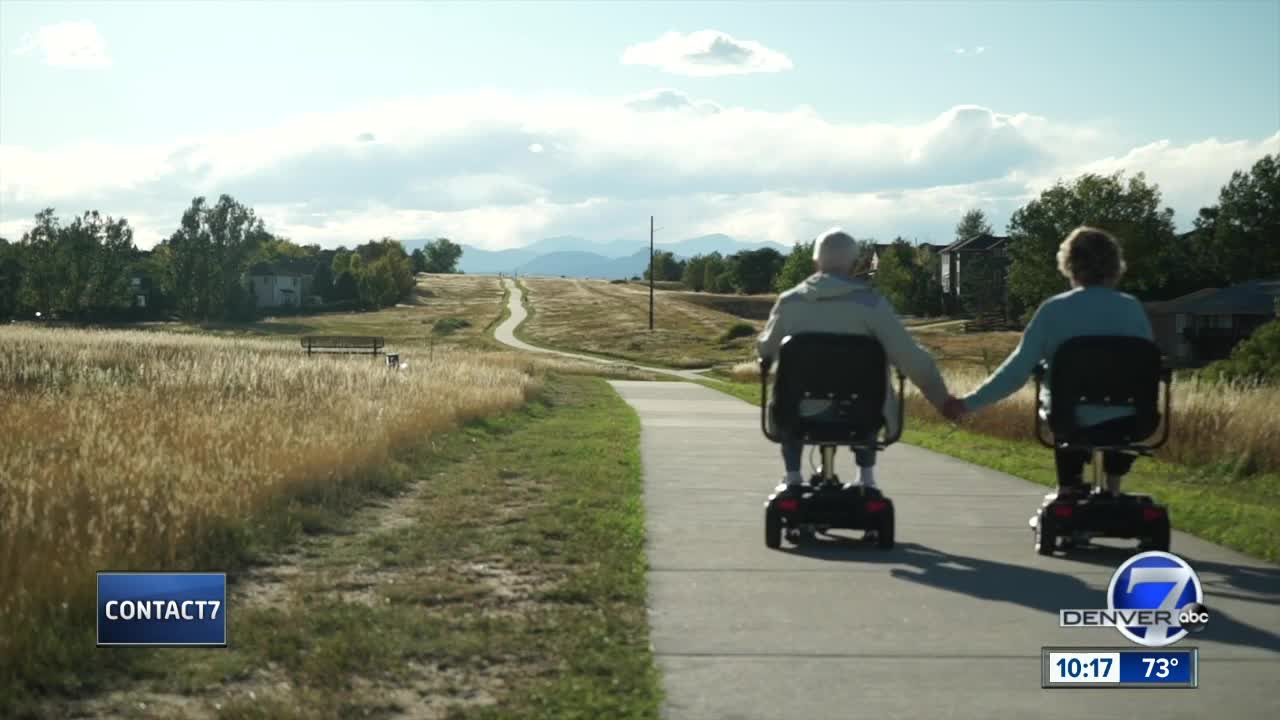 HIGHLANDS RANCH, Colo. -- It all started with a social media scam targeting a local senior, but that is far from where it stopped.

"We still don't really know what's going on," said Gene Kamrass, while he waited in an armchair at Denver's Youcan Home Medical Supply for the second time in a week.

A few weeks ago, he and his wife Donnie Kamrass reached out to Contact7 to warn about a social media rip-off. She said she tried to order a mobility scooter from a Facebook ad, but instead received a plastic toy.

Contact7 helped get the credit card charge reversed, and then Contact7 Gives viewers donated enough money to give Donnie the scooter she had always wanted.

There was one catch, though. Her husband, Gene, was still walking, planning to get his own scooter for his 90th birthday in December.

"When we saw the story on Denver7, it was like, no! 90th birthday doesn't work," said Jim Kientz, who was determined to take action. "How about next week?"

For decades, Gene, who coached running in the Air Force, coached privately in Highlands Ranch, free of charge. He was so beloved, he has a bench in his name on the hill where he ran drills.

He not only coached, he changed lives.

"I'm up at CSU, and I run for Colorado State," Kreutz said. "He's basically the reason I'm running."

Her brother, Brandon Kreutz, remembered how motivational Kamrass was.

"Being able to give back to Gene in a small way I think is really gratifying considering how much he did for me and so many other people," said Brandon Kreutz.

Four families banded together and bought Gene Kamrass a scooter of his own, with a discount from Youcan Home Medical.

"It means everything to me," said Gene. "It was something I never expected. I had no idea this was going to happen."