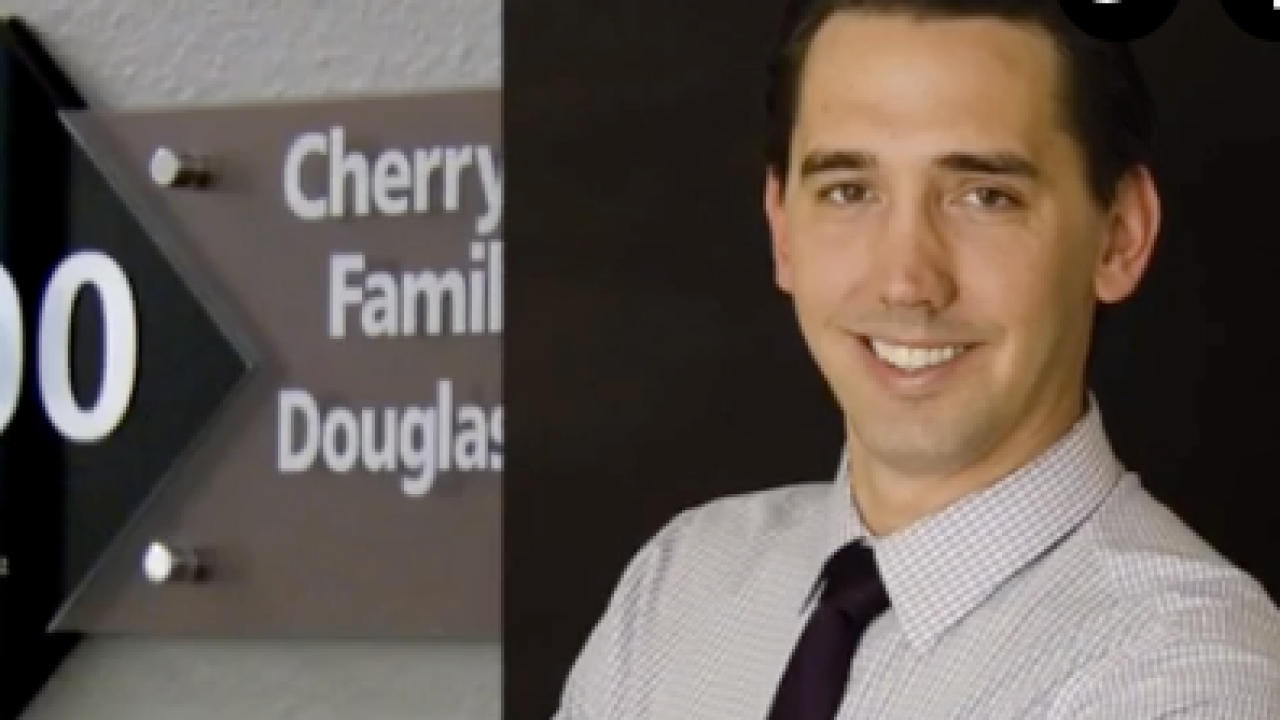 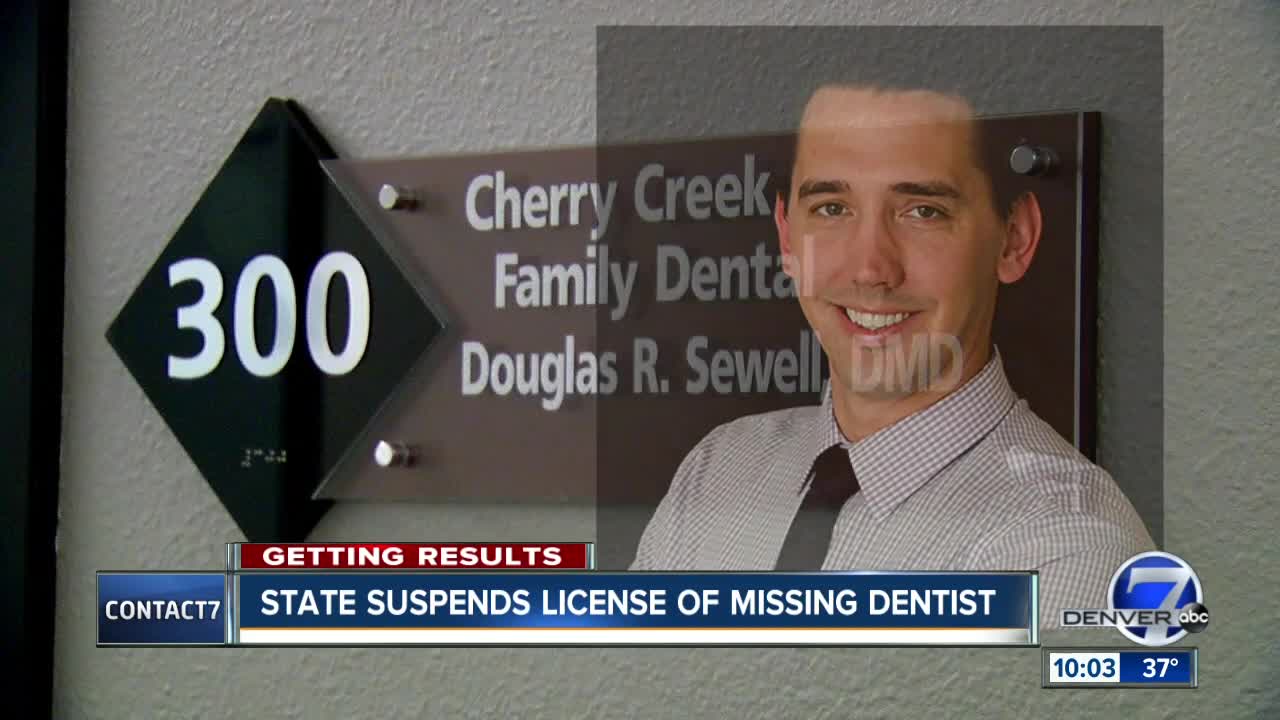 DENVER -- A high-profile Cherry Creek dentist can no longer practice in Colorado after the state Dental Board suspended his license.

In October, Dr. Douglas Sewell disappeared, leaving some of his patients in pain without their money or their records. Since Contact7 started digging for answers, many of those patients have filed complaints with the state Dental Board, which found Sewell "abandoned patients in the midst of ongoing treatment" and "failed to make patient records available."

After Contact7 first aired reports on his disappearance, a man claiming to be Sewell emailed Contact7, writing that he had to "go into hiding" to protect himself from family members he believes are responsible for the murder of his oldest brother.

Contact7's research shows his older brother died in 2014, during a successful $32 million dollar whistleblower lawsuit against a Florida insurance company.

How that is connected to the disappearance of a man once named 5280's Top Dentist is not clear, and he has not responded to requests for more information.

Several patients said Thursday they are still out thousands of dollars for pre-paid procedures that never happened and they still need years of dental records no one knows how to get.