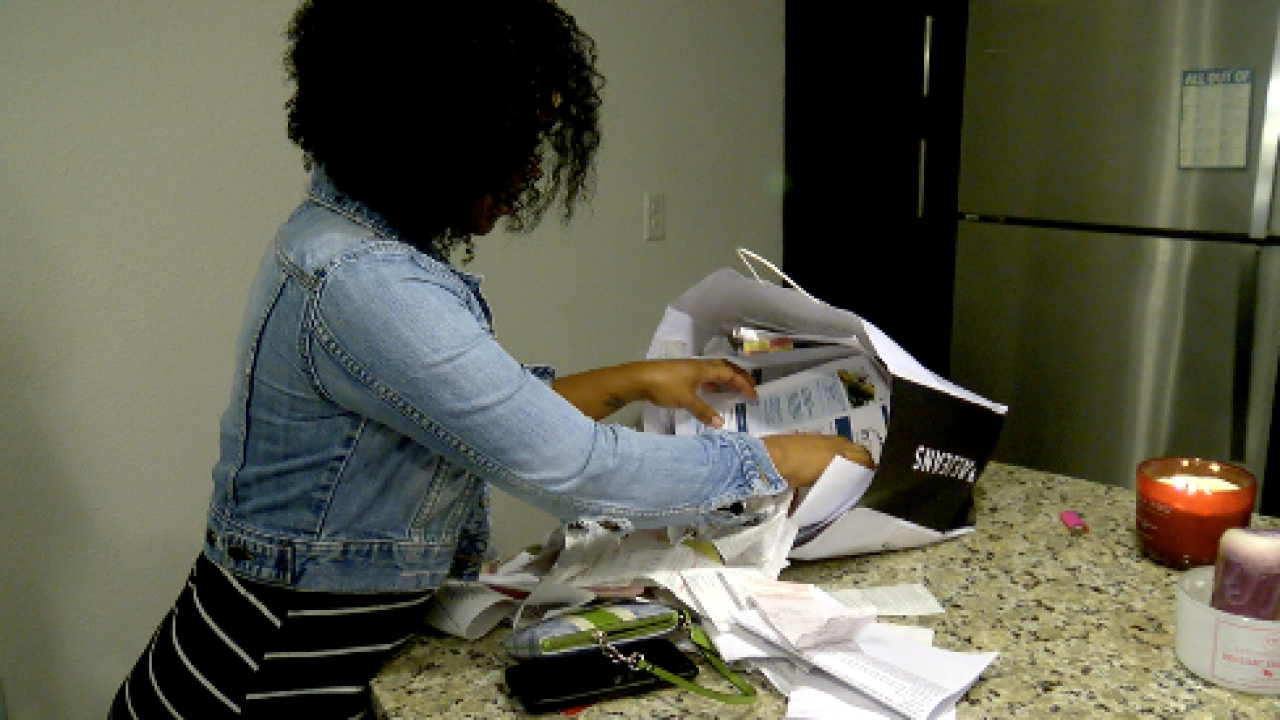 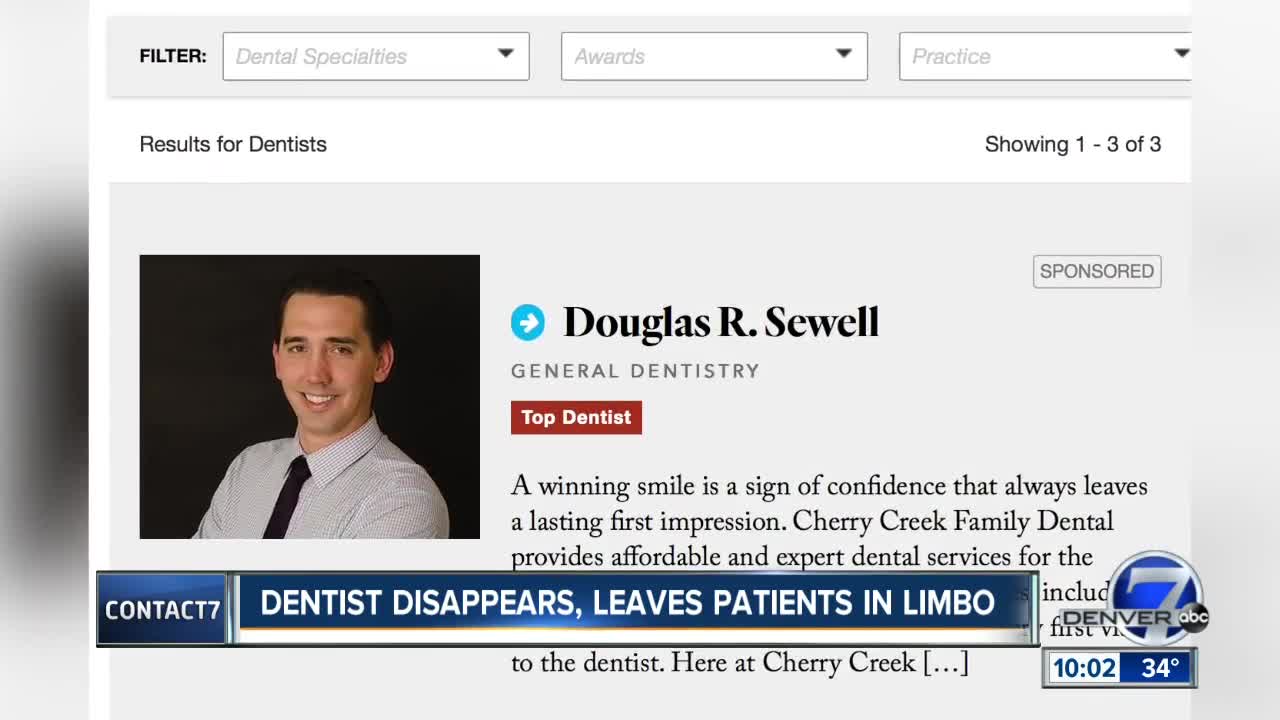 DENVER -- Patients tell Contact7 a Cherry Creek dentist has disappeared, leaving his patients without their records or their money.

"I'm really disappointed, but more than that I'm in pain," said Jesika Joseph, who said the pain isn't the only thing keeping her up at night. "I just want to make sure I can keep this tooth."

She is worried about losing her tooth after she said her dentist, Douglas R. Sewell with Cherry Creek Family Dental, disappeared.

"He gave me his cell phone number, and then nothing. Not one call back. Not a voicemail back," said Joseph, who said she paid more than $730 for a crown that she still doesn't have. "I'm in so much pain. I don't know what is going on or why."

Sewell was named a 5280 Top Dentist this year and has an active license, but when patients have gone to his office in recent weeks for appointments, the door has been locked and the voicemail is full.

"Just to leave and lock the door? That's really strange!" said Susan Darigo, who showed up for an appointment to find no one in the office. Receipts show she paid more than $1,000 for a crown last month, and she said, she never received the crown.

"I had a message from them saying we had to cancel your appointment, and the weird thing was they didn't say, 'Please call us next week to reschedule,'" she said.

On the practice's Facebook page, patients are asking about Dr. Sewell. One patient told Contact7 that staff told her he was in the hospital for two weeks. Another patient said he was at the office this week.

Sewell has not returned our calls, but the building owner confirmed that Cherry Creek Family Dental has recently moved out and closed the office.

Several patients said they are filing complaints with the state dental regulatory agency.

"I decided to reach out to you guys because I don't want someone else to go through the same thing I'm going through," said Joseph, who has been dealing with complications with her temporary crown and can't get her records for a new dentist.