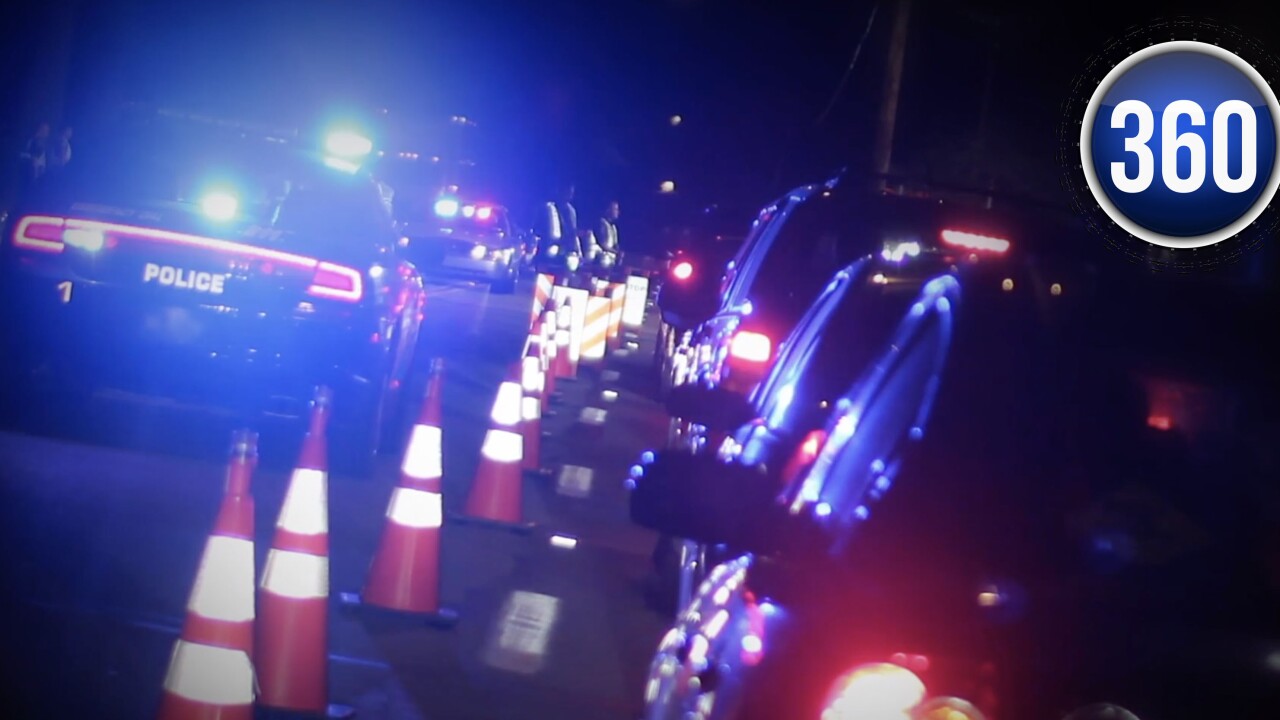 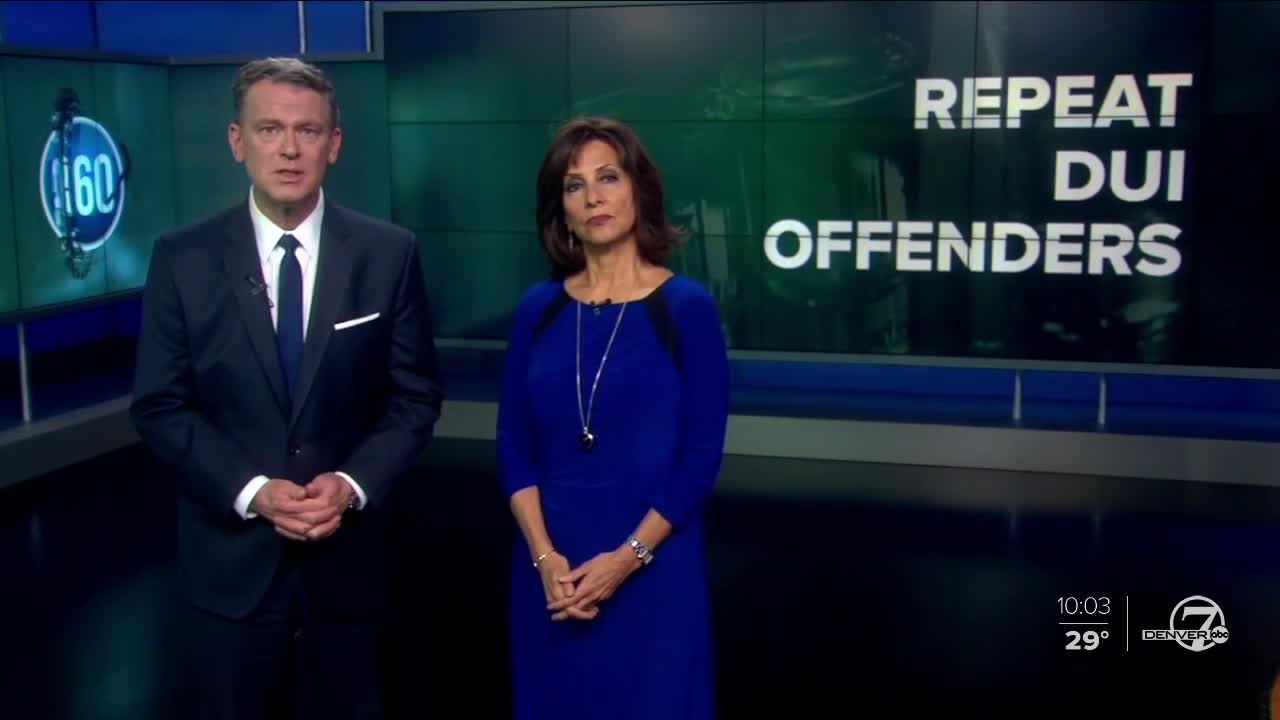 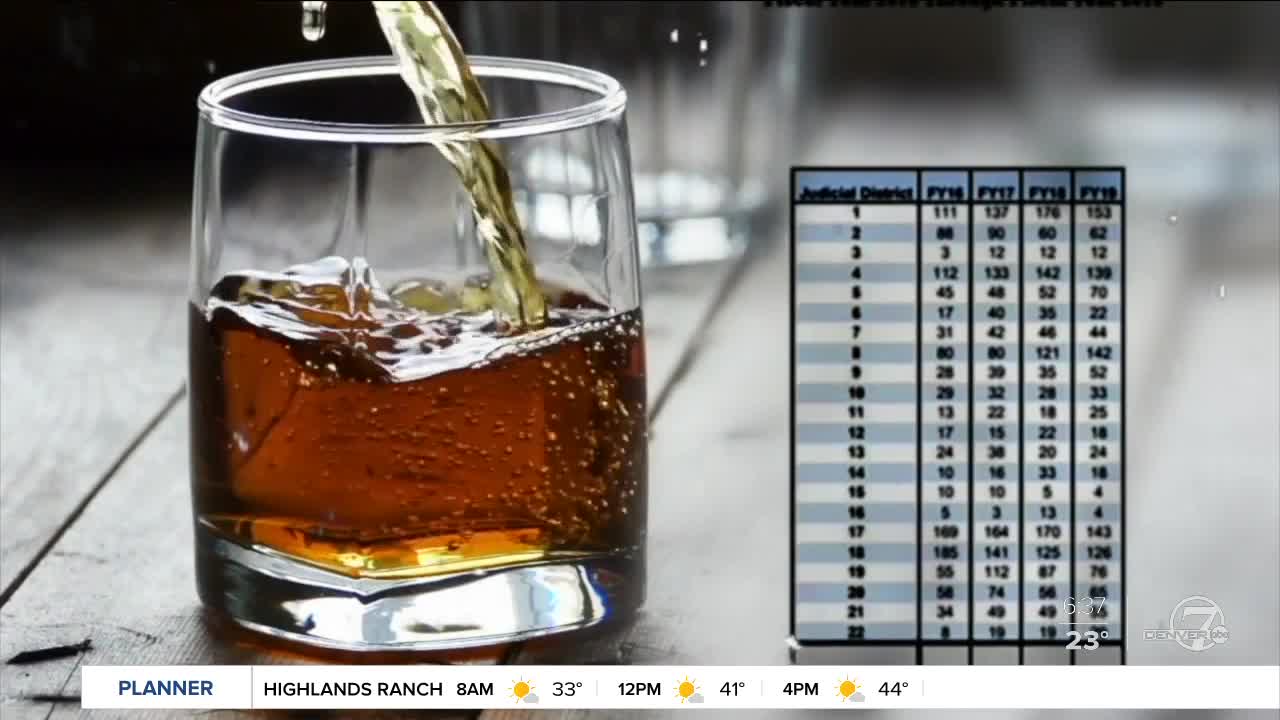 DENVER -- It’s a question and a dilemma facing every city, county and state in the country: What is the best way to manage drunk drivers who refuse to change their driving decisions? In many cases, these individuals are battling alcoholism. Denver7 is going 360 on this issue with perspectives from Denver’s District Attorney, a four-time drunk driving offender, a counselor who works with drunk drivers and two parents who tragically lost their teenage son to a drunk driver.

Maynard Rome now sits in a Colorado prison serving a four-year sentence after he entered a guilty plea a few weeks after his 13th DUI arrest. Body camera video from the day of Rome’s arrest includes the following conversations with a Denver police officer:

Arrested after his 13th DUI, Rome’s criminal history tells a story of a driver who has refused to change his decisions to drink and drive for more than three decades. Records obtained by Denver7 show Rome had two DUI arrests in South Dakota and 11 in the Denver metro area. His first arrest came in 1986 in Jefferson County.

“I think the number alone was enough,” said Denver District Attorney Beth McCann when asked why it took 13 arrests before Rome was sent to prison.

She said when he was arrested on June 14, 2019, he was in a situation where he was really endangering people.

Rome avoided prison time on his first 12 arrests for DUI because they came before Colorado made a fourth DUI arrest a felony. His 13th arrest gave the Denver’s District Attorney the opportunity to ask a judge to send him to prison.

“Most people who are picked up for multiple DUIs have a serious alcohol problem,” said McCann.

As Denver’s District Attorney, she went to city council seeking a solution that was more than jail or prison time.

Now, Denver is the only city or county in Colorado to have an intensive three-year program designed to help get repeat offenders from drinking and driving.

“I think it’s better for society if we can get the person to address and deal with the alcoholism because then they are not going to be drinking and driving," McCann said.

“I think they should wake us up — those videos should wake all of us up who think it’s no big deal," said Amy Lowe, a clinical manager and therapist for Denver’s cutting-edge program for multiple DUI offenders.

She said if we can rehabilitate them, it will translate into new behavior in the community that isn't high-risk, she said.

The Denver program called Restart began three years ago, shortly after the state made a fourth arrest for DUI a felony offense that includes the potential of jail time.

“I’m not of the belief that prison is the answer for repeat offenders in all cases," Lowe said.

Early reviews of the Restart program in Denver show it has been having positive impacts on repeat DUI drivers.

“I hope we just get smart about this and we just take precautions," Lowe said. “It’s so preventable.”

“I drank everything I could find — it didn’t matter what kind," said Rick Hill.

He has been arrested four times for drinking and driving.

“I started drinking and driving well before I had a drivers license,” he said.

Hill has graduated from Denver’s Restart program. Following his fourth arrest, Hill was forced to spend 90 days in a jail cell. It was three months that helped him re-evaluate his life.

Now, Hill says he has stopped drinking and turned his life in the right direction. When asked if he considered himself lucky to only have only four DUI arrests, Hill said, “Oh yes, it should have been thousands.”

“If I got pulled over back then they would say, 'Rick, what are you doing?' They’d make me pour (it) out in the gutter and go home. Hours later I had beer, I had whiskey… I had everything in my car."

Hill said he wanted a change, and that's what led to him reevaluating what he was doing.

"I think deep down I couldn’t stay off the booze long enough to get my head straight enough," he said. "The 90 days I did in jail got me sober enough."

He said he believes Denver’s Restart program contributed to his new outlook.

“People didn’t look at it the same as they do today. And that’s why we need the program that I am in," he said.

Denver7 reviewed state records that show the number of felony DUI cases filed since Colorado made 4 DUIs a felony back in 2016:

The hardest part of life for Julie Nackos is learning how to live without her son.

Her teenage son Kyle died when a drunk driver drove the wrong way on Interstate 25 and ran head on toward his car.

Since their son’s death, the Nackos family has worked to help change laws and create greater accountability for drunk drivers.

“We got a knock on the door,” Julie said, remembering the moment on Thanksgiving morning in 2016. “I just remember jumping out of bed and telling Scott, 'It’s Kyle. Something is wrong.'”

“I just remember them saying there had been a crash and Kyle was a passenger and he was hit and killed by a drunk driver,” Julie said.

Scott said they just want drunk drivers to stop. And he wants them to get help.

“I hope people will think twice before they drink and drive," Julie said. "You know, nobody wants that knock on the door saying that their son has been killed by a drunk driver.”