"I beg you to fix your problem": Student delivers powerful statement at teacher's sentencing 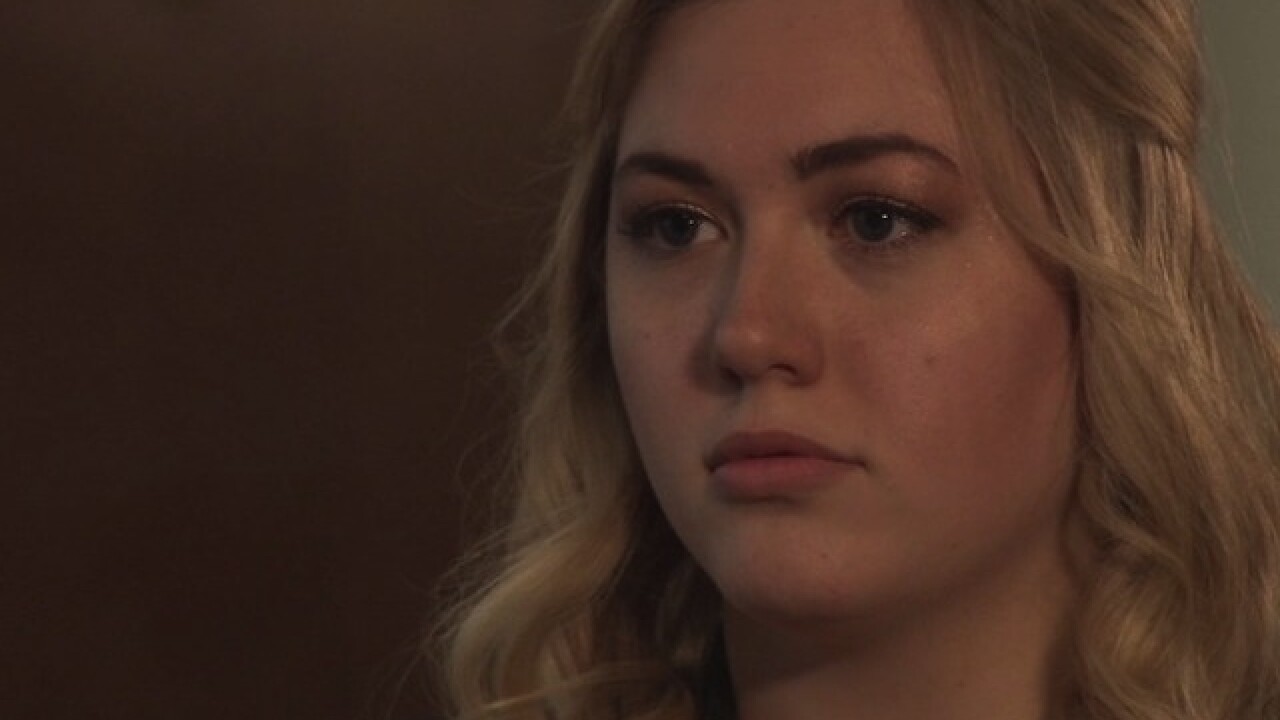 My name is Tristana. I was sexually abused by Zac Timbrell from February 19th to June 27th of 2016. I was 17, he was 31, and he was my longtime trusted teacher.

Needless to say, this has affected every facet of my life. I have written many versions of this statement, not knowing what to say or how to say it because it is impossible to describe how I feel. I cannot tell you everything he did, because he abused me every day. It would take hours to tell you every way this has changed me, and even then it is impossible to understand unless you have experienced it. However, this is my chance to make myself heard, so I will try to give you a glimpse into my life since it started.

I never thought this would be me. I've heard these stories and wondered how they happen. The guilt has eaten at me. As terrible and disgusting as the physical aspect of this was, the manipulation, threats, and fear were so much worse.

Unfortunately, Mr. Timbrell took advantage of my trust and innocence in the worst way possible, molesting me and calling it love, saying he "just couldn't help himself."

He groomed me for months before the first assault. He became a friend to my family, a mentor to me and my brother who was in another one of his classes, and a strong figure in my life. Looking back, there were warning signs for months. He tried to get very close to me. He gave me teaching experience with his classes since I was in music program leadership, and then used that as an opportunity to meet with me alone to discuss how they went. He complimented me and brought me gifts.

In my ignorance, I passed this off as just something a mentor would do, thinking that he appreciated my work in the program, thinking that of course nothing was wrong, he had a beautiful wife and two sweet daughters and he was a good person. It turns out that things are not that black and white.

Because of the abuse, I became extremely sick. I lost 40 pounds in the first month and a half. I was vomiting for 2 to 5 hours per day. I was nauseous all the time, I couldn't sleep, and I was terrified. All of my doctors have concluded that this illness is a direct result of the abuse and the stress that it caused me. I have been diagnosed with anxiety, depression, and post-traumatic stress disorder.

For months, I was unable to sleep for more than a half hour at a time because of nightmares and flashbacks. Every time I see a black car drive by my apartment, my heart pounds. When I see someone who looks anything like Mr. Timbrell, I become very sick. For a long time, I was unable to be alone in the same room with any male outside of my immediate family.

I have been hospitalized so many times due to severe pain and sickness. My parents and I have paid thousands of dollars out of pocket in medical expenses.

I went to college with a full-ride scholarship, but lost it because I missed over a third of my first year due to hospitalizations and severe illness directly caused by this situation. Now, I am a 19-year-old college student trying to pay all of my living expenses, tuition, rent, and hundreds of dollars in medical bills every month, while working as much as possible just to stay afloat.

It is so wrong that this man's actions have altered my life, put me in thousands of dollars of debt, and caused me daily pain. I live in a constant state of nervousness and fear.

All throughout the months of abuse, Mr. Timbrell told me that my life would be ruined if I said anything about it. He told me that if I told anyone, it would be my fault that his daughters would be without a father. He said that I would mess up so many lives. He said no one would believe me.

He knew he would lose everything if this ever came out, and yet he did it anyway, using threats and manipulation to keep me silent and pushing down his own guilt.

Yet, throughout all of this terror and pain and sickness, I still felt guilty. I resigned myself to the thought that this would probably be happening for the foreseeable future. I was too scared to say anything to anyone because if he was bold enough to hurt me like that in school, what would he do to other girls if I wasn't available?

I didn't know what he would do to me if I told someone. I didn't know if my family would be safe. I figured it was better that one person be abused than that so many other people's lives get ruined.

And in this whole dynamic, you have to consider the fact that I was dealing with severe cognitive dissonance because remember, I respected and loved my teacher before this all started. I was in shock and denial that he could do anything like that. I still am.

MORE: Advice from experts on how parents can prevent sexual abuse

This doesn't feel real, it feels so far away – until a flashback hits or I miss school because I'm too sick to leave my bed, or I get 2 hours of sleep because of nightmares about him finding me and hurting me again, or hurting people I love.

It feels very real when I am going through and then paying for all of the medical procedures that I would never be dealing with if Mr. Timbrell had had even basic control of his thoughts and actions towards a child that he was responsible as a teacher for keeping safe. It feels very real as I am standing here in front of him, telling this story that sounds awful and feels worse, wishing that I was just back in my classes like any other normal and healthy 19-year-old girl.

This man is a sexual predator and he has changed my life forever. My future relationships and marriage will be affected by this. My schooling, my job, and my future career are all impacted. My financial situation is certainly affected. My sense of trust and safety is gone. I am paranoid, sick, and damaged. My family is heartbroken over this. You see, abuse extends far beyond just the time in which it physically occurs. It does not just change the lives of the victim and the abuser.

Everyone around us is broken up about this. It is not something that can be forgotten. And here I am, just trying to live my life and move on from something so huge that I can hardly go 10 minutes without being reminded of it.

As haunting as this situation is for me, I recognize that it has altered your life irreparably as well. I do not wish vengeance on you. It will do no good for either of us if you sit in a prison cell for the rest of your life. I just hope that you can take the punishment, and I can try to heal, and we can both move on. I believe that everyone has good in them, and this experience shouldn't define either of us.

This has damaged so many people. I hope you are never placed in a position to be able to abuse another innocent girl. I hope that the sliver of a conscience that you still have will stop you from considering hurting anyone else. I plead with you to make something good of the rest of your life.

I don't think I'll ever understand why you did what you did, or how you lived with yourself through it, but it's your turn to feel the guilt because I am done taking personal responsibility for this thing that was entirely your fault. You have not completely ruined my life as you promised you would.

I have a future ahead of me, and I'm excited to move on with my life. I make the choice every day to let go of any malice. It is a daily, sometimes hourly process, but I refuse to let this damage me further, so I choose to forgive.

Our "Parents in the Dark" series has prompted calls for a change in Colorado law to require parental notification about certain arrests.