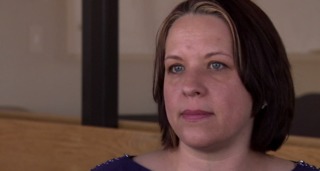 Anne Auld is the Director of Programs for Illuminate Colorado, a statewide organization that helps develop programs, policies and initiatives aimed at keeping kids safe.

Auld said research shows about 90% of child sexual assaults are perpetrated not by a stranger but instead by someone the child already knows like a relative or an authority figure.

With that in mind, Auld said the responsibility falls on parents to be vigilant about who has access to their children and how those interactions happen.

Auld says parents need to have what may feel like an uncomfortable conversation with everyone who has responsibility for caring for their children, from daycare to school to church to summer camp to sports teams.

She wants parents to ask about policies around a child being alone with an adult – and make it clear, you don’t accept that.

“As an adult, that's my responsibility to make sure that my kids are not in situations where they can perhaps be perpetrated on,” Auld said.

When leaving your child in the care of others, she says parents should always ask how many adults will be supervising your child at all times, and what happens when one of the adults has to leave the room. If an adult needs to have a meeting with a child, ask that doors are kept open so others can see what’s happening.

And make sure your kids get the message too.

“I'm telling my kids that they are not allowed to be alone with an adult. I don't want to wrap them in bubble wrap and put them in the basement and never let them talk to anybody, but I want to make sure that they know the expectations I have of adults, and if that's not happening, [I tell them] ‘If you’re finding yourself in situations where you’re alone with adults, you’re making sure there are other kids there or another adult comes in,’” she said.

She offered the same advice for one-on-one text or email communications between your children and teachers or coaches. She said parents should ask to be copied on such emails and texts.

She also suggests saying something if you see an adult who seems to be getting too close to a child.

“A rule of thumb is, are there adults who are wanting to spend more time with your kid than you want to spend with your own kid? That's kind of a red flag,” Auld says. “[Say] ‘I've noticed that you're spending a lot of time with so-and-so. Can you tell me about that?’ So that's not a confrontational message, it doesn't throw people off, but it lets people know, 'I've got my eyes on you.'”

Experts recommend talking with children early in their lives about the parts of their bodies that no one should touch.

Children should be told to tell their parents or a trusted adult if someone crosses those boundaries and to say no when they feel uncomfortable.

Auld also underscored how important it is for parents to respect a child’s boundaries when they do say no.

Auld referred to advice released by the Girl Scouts which advised parents not to force daughters to hug relatives over the holidays if they do not want to. The piece caused some controversy, but Auld said the advice is spot-on.

“If a child feels uncomfortable giving a hug or a kiss, we need to respect that boundary that they are creating, so that they understand that they are having some say over their body. Later on, that sends a mixed message, that ‘Okay, you're telling me I can have boundaries and now you're telling me that I have to do this with an adult. I made this boundary for my body, I told you, I used words and said I don't like this. But you said no, you have to do it anyway.’ And we wonder why when kids get older they have some confusion about their boundaries.”

Experts also recommend talking to children about the act of sex by the time they turn eight years old. While that may seem too young to parents, experts say the conversations happen on the playground around that age and parents want to make sure their children feel comfortable asking them questions about sex and their bodies as they grow.

Auld also suggests when parents talk with young kids they avoid using nicknames for a child’s anatomy and use the proper language instead.

“When we use other terms like 'cookie' or 'biscuit' or all of those other words, we are now setting our kids up to have a different language from the adults around them. So should a child need to disclose that they're being abused, we may have an adult who's not going to understand what that child is telling them, because they're not using the right terms,” Auld says.

When something happens at school or in the news, talk about it

Auld says uncomfortable news like the arrest of a teacher accused of sexual abuse can also present opportunities to begin a conversation with your child.

“I think a lot of times as parents we feel like we have to have all the answers. That we're afraid to start conversations because we're like, 'What if they ask about this and I don't know?'” Auld said. “But it's as easy as, 'This happened, here's the letter that came home … What do you think about that?'”

Auld said it’s simple to begin a conversation by simply asking your child what he or she thinks about something that happened at school or in the news.

Experts recommend using open-ended questions in these types of conversations which will help reveal opinions the child has already formed, and allow parents to clear up any misinformation the child may have. Experts also advise using these conversations as an opportunity to ask your child if they know of anyone else who may have been hurt, or if there is anything else they want to talk about, to encourage children to open up if anything has happened to them.

We asked Auld not only for tools for parents to protect their children from abuse, but also asked for tools that could help parents raise children who do not commit abuse themselves.

“When we can build empathy in children, and this is both boys and girls, when we can build that ability to be able to say, 'I've done something, I see how that hurt somebody, I can put myself in those shoes and feel that feeling,' that right there lowers our risk for every type of abuse later in life that they could possibly perpetrate,” Auld said.

“That's something that starts really little. That's like what happens when they hit somebody and you say, 'How do you think that made them feel?' That's part of that empathy-building piece,” she continued. “So [we want to be] really working on that as they go through life, especially in that elementary time period, moving into middle school. We really want that empathy piece to be strong because when they can put themselves in somebody else's situation, they're less likely to hurt somebody.”

Auld also said parents need to talk with children about consent throughout their lives.

“Consent starts when kids are really little. It starts with toys and taking something from somebody. It's not always in a sexual realm that we have to talk about consent. But that's a conversation that we're starting when they're really little and we're building on it as time grows, so the time that we're at adolescence, we've got that foundation,” she said.

As children get older, Auld said it’s important to talk about consent with both boys and girls – both to protect them, and to make sure they understand the importance of being sure another person has consented in a sexual situation.

“We need to be having conversations about consent all the time with both our boys and our girls. What does true consent actually look like, and at what point are you old enough? Here's our legal definition of when you're old enough, but when do you feel like you'd be old enough for that?” she said. “And what happens when that person's older? What happens when that person's in a position of authority? Not only is it illegal for them but what does that look like. How do you think they could get in trouble or you could get in trouble? How do you think that they're different in their emotional levels to be able to have a relationship together?”