You could win $50,000 if you can guess Oreo’s mystery flavor 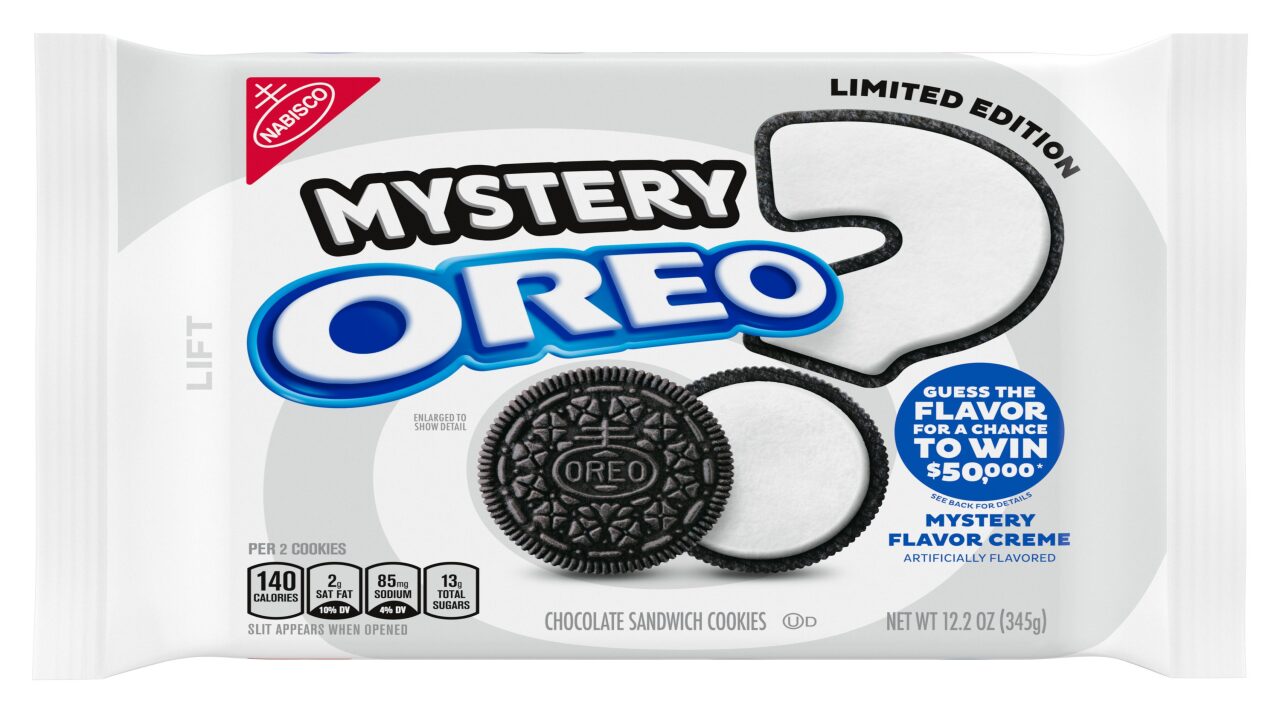 While I consider myself a pretty picky eater, I do love a good mystery flavor. Lucky for me, there’s been a plethora of mystery foods hitting store shelves recently.

First, it was Skittles with their mystery “Rotten Zombie” flavor, followed by Mountain Dew with Mountain Dew VooDew that tastes like either cotton candy, cream soda or candy corn.

The latest mystery flavor to delight sweets fans? Oreo! But this isn’t your run-of-the-mill mystery treat. This one could win you $50,000 if you guess the flavor correctly!

The new flavor hit store shelves on Sept. 16, with Oreo calling on fans (and detectives!) to figure out just what it is. The cookie looks exactly like a regular Oreo — but it doesn’t taste like one.

Oreo says it could be anything from a combination of two current Oreo flavors to an entirely new flavor.

I am game for playing along, so I tried the mystery flavor and I have to say — I have no idea what the flavor is. It tastes familiar, but I can’t pinpoint it. Whatever it is, it’s delicious and — dare I say? — better than a regular Oreo.

For your chance to win $50,000, just submit your guess on Oreo’s website by Nov. 10. You can submit a new flavor guess every day and each correct guess is counted as an official entry to the sweepstakes, with one randomly chosen grand prize winner receiving the cash. You can read the official rules on Oreo’s website.

For even more chances to win, fans can share their guesses on Facebook and Twitter and challenge their followers to join in, earning a bonus entry for every friend who registers a guess.

Oreo will be dropping plenty of hints along the way. Not only are they releasing three Mystery Oreo packs with a different clue on each, but every week Oreo will reveal a new clue as part of a #MysteryMonday series on the brand’s Facebook page and website.

Here’s the clue that came with my package: “Pairs well with chocolate, hence why we chose it. We’ll keep the suspense ’til everyone knows it.” This could be so many things!

Will you be trying your hand at guessing Oreo’s new mystery flavor for your chance at $50,000?