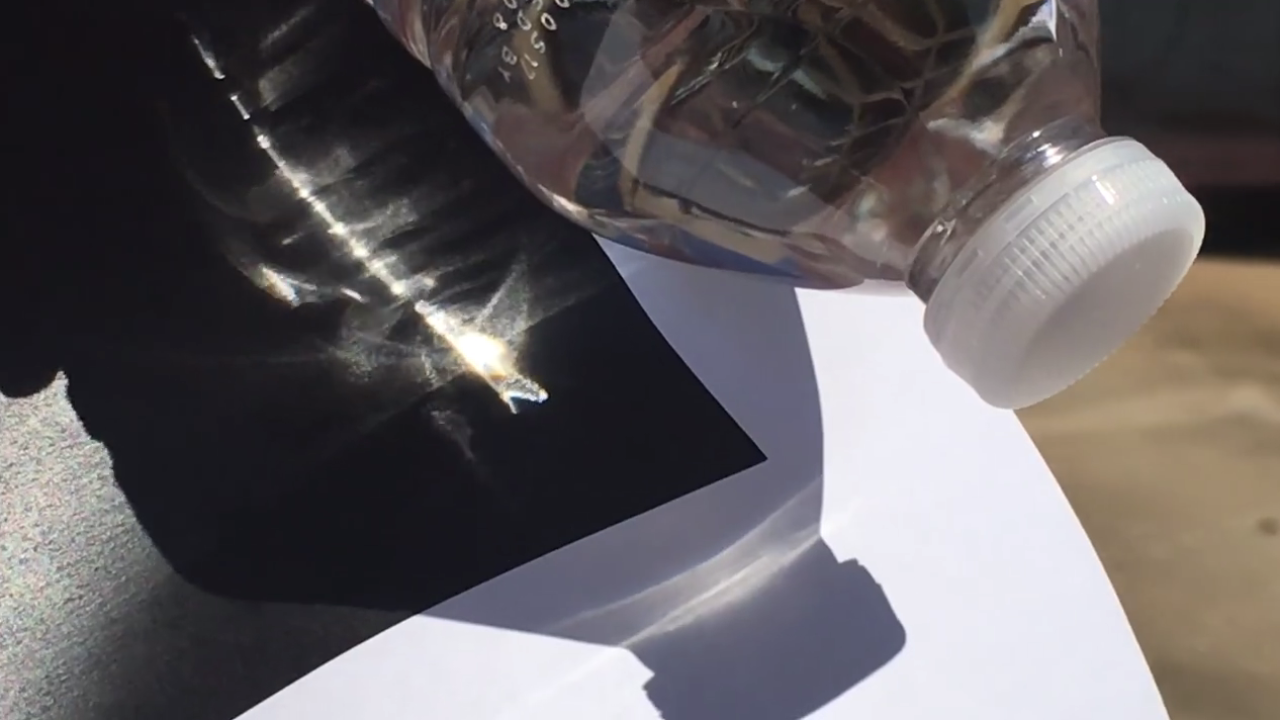 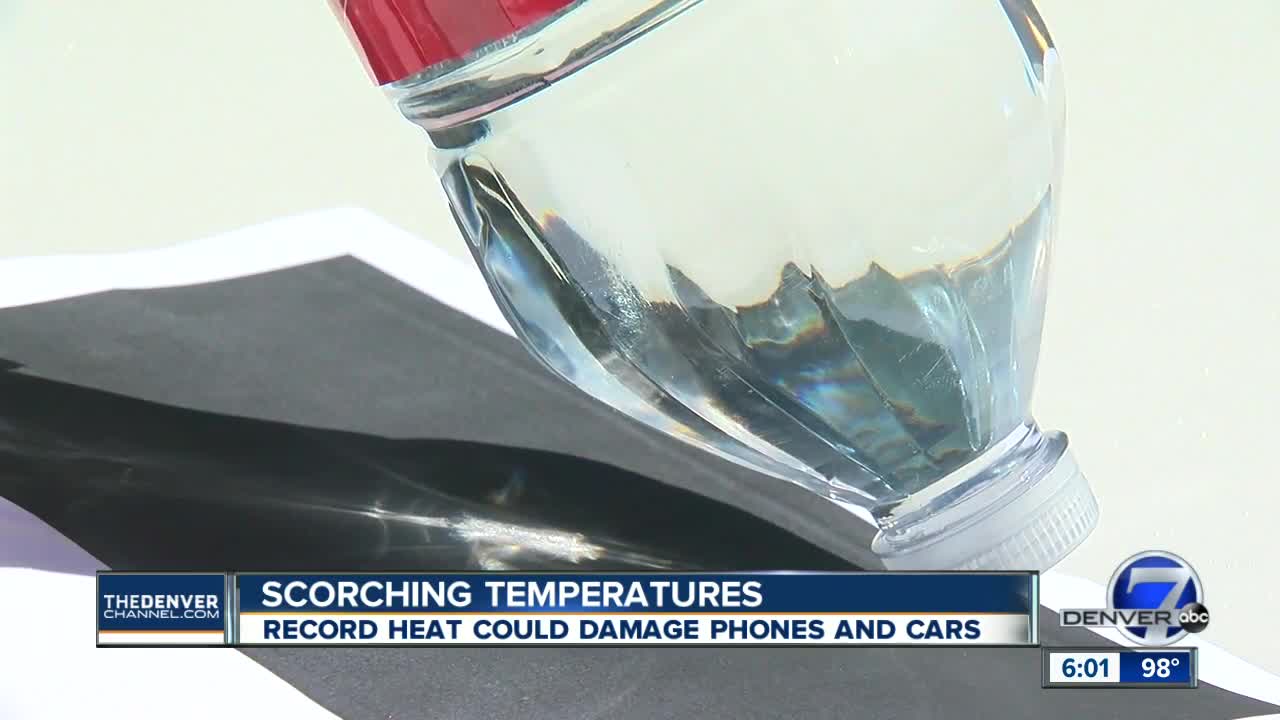 DENVER -- Denver tied the daily record high on Friday set in 2005 when the thermometer at Denver International Airport reached 101 degrees. Cars sitting in the heat around the Denver Metro area got even warmer inside, with some reaching more than 150 degrees.

That type of heat can pose a danger to people, who may experience dehydration, heat stroke and exhaustion. That’s why fire departments warn parents to never leave children or pets inside of a car, even for a few minutes. However, the heat can also pose other dangers as well.

“Typically, we can see car fires on hot days and that’s usually related to something mechanical,” said Eric Hurst, a spokesperson with South Metro Fire. “It’s not uncommon for us to have engine compartment fires.”

Certain items left inside of cars can also pose a risk. In rare instances, a full water bottle hit by direct sunlight in the right angle can turn into a magnifying glass and can burn holes in upholstery.

“That is something that we have never responded to at South Metro, but we know that it’s possible,” Hurst said.

A fire department in Oklahoma demonstrated that danger on a Facebook video a couple of years ago.

“I think on a day like today the best advice is to take that water bottle with you, we want you to be staying hydrated anyway. There’s really no reason to leave it in a cupholder where it’s not going be doing anybody any good,” Hurst said.

South Metro Fire recommends that people have a 36-hour emergency kit in their cars at all times that includes water, snacks and a blanket. Hurst says it’s a good idea to put that emergency kit and the water bottle into the trunk where sunlight won’t get to it.

Beyond that, he says drivers need to remember to switch out the water on a semi-regular basis so that it’s fresh.

However, water bottles aren’t the only things to think twice about before leaving in your car on a hot day. Cell phones can also pose a danger or risk being damaged in high heat.

Thomas Reuter, who runs a cell phone repair shop on 6th Avenue, says most smart phones are designed to withstand heat of up to 113 degrees. When a phone is left inside of a hot car or exposed to direct sunlight, it can overheat and shut down.

“I saw one of those yesterday. A lady brought it in and she wasn’t sure if she damaged it or not. The good news is all I did is stick it in the refrigerator,” Reuter said.

Most of the phone’s components are heat resilient. However, the battery can pose a problem in extreme heat.

“It could short the battery out or it could ruin the battery in a short period of time. It could also cause us catastrophic failure that’s the biggest concern,” he said. “If it does get hot, it could fail or it could even ignite the whole thing and burn up.”

Older batteries are more susceptible to heat and to catching fire. In fact, Reuter keeps all the old batteries he has from phones he’s working on outside of his shop because he’s had one catch fire before.

“It is a real risk,” he said. “I was taking the battery out and it was an unstable battery and it was stuck a little bit and then I saw it starting to smolder and I ripped it out and I threw it on the floor and I kicked it out the front door.”

The typical life of a battery is three years or about 1,000 charges. As the battery ages, Reuter says gases are released and the battery swells up. In turn, the screen can start to look bloated or pop up in the corner. Another sign that the battery needs to be changed is if the screen starts to peel apart.

The screen of a smartphone can also be damaged by sunlight.

“The direct heat and sunlight can create hotspots on the screen and it can create some fading, you could see some discoloration and you could basically burn the pixels,” Reuter said.

If you do need to leave your phone in the car, Reuter suggests putting it in the glove box or under the seat where it won’t be exposed to sunlight.

Also, when eating outside on a sunny day, it’s a good idea to flip the phone over so that the screen is facing down or leave in in a purse or backpack.

For Reuter, the bottom line is that newer generations of cell phones are more resistant to heat than before. However, prolonged exposure could cause permanent damage.