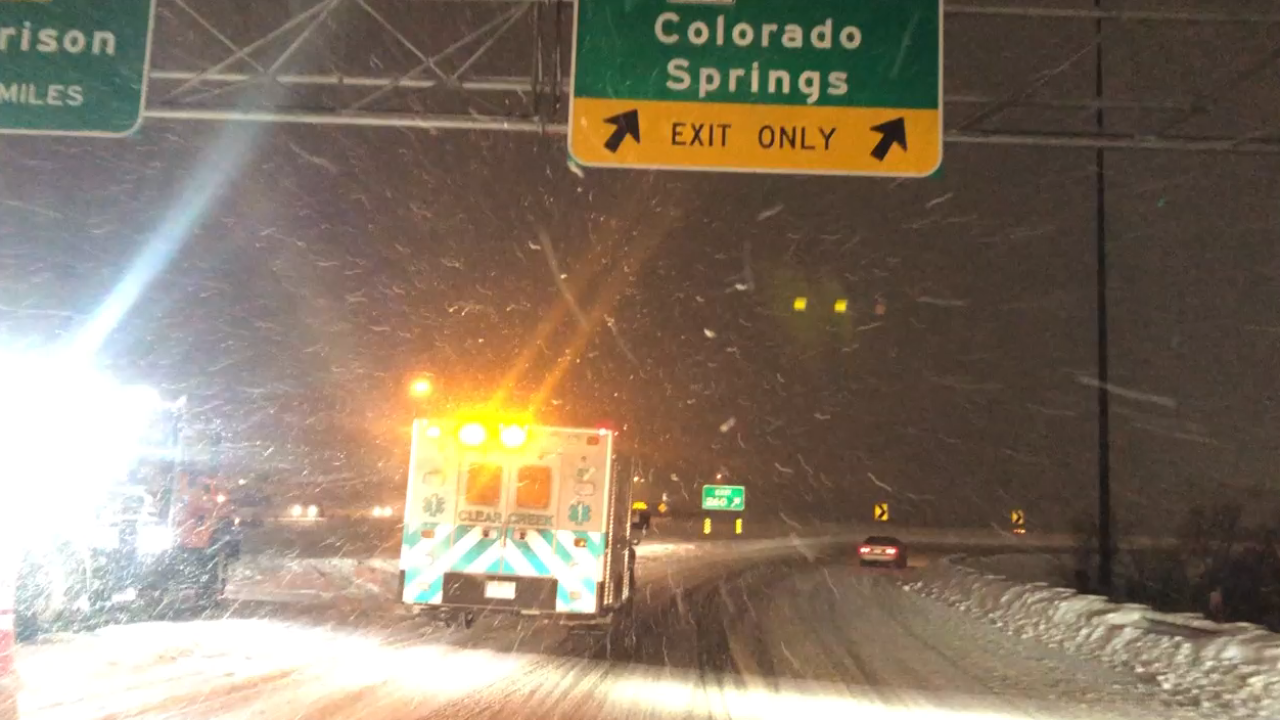 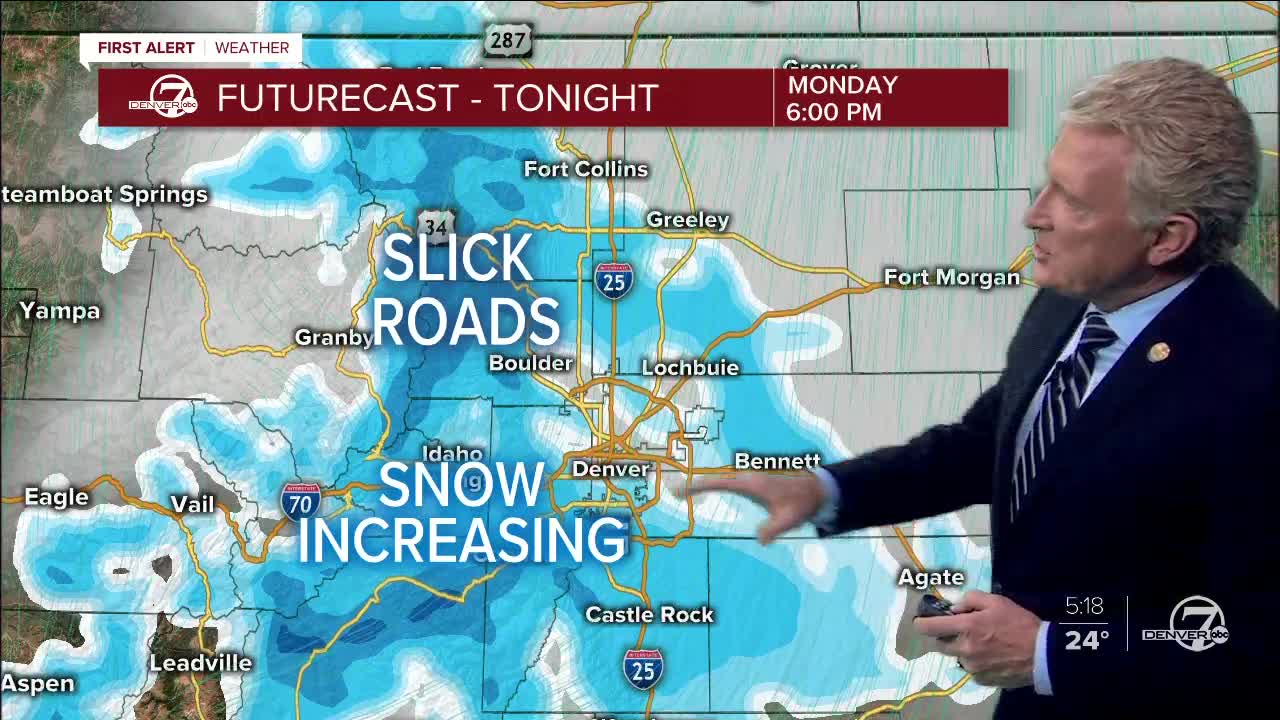 DENVER — Widespread light to moderate snow will begin to fall across the Front Range Monday night and into Tuesday, impacting the morning commute.

Up to four inches of snow accumulation is likely for the metro-area, with higher amounts in the foothills and south across the Palmer Divide near Castle Rock and Castle Pines. Snowfall will taper off by Tuesday morning, but temperatures will remain below freezing.

The Colorado Department of Transportation is advising commuters to give themselves additional time to reach their destination Tuesday morning.

Snow amounts are expected to vary along the Interstate 25 corridor, from a trace in the northern part of the state, three to six inches in the I-25 South Gap area, and up to 10 inches around Walsenburg, Trinidad and Raton Pass, according to CDOT.

The agency advised those planning to travel through the I-25 South Gap area to expect lowered speed limits Tuesday.