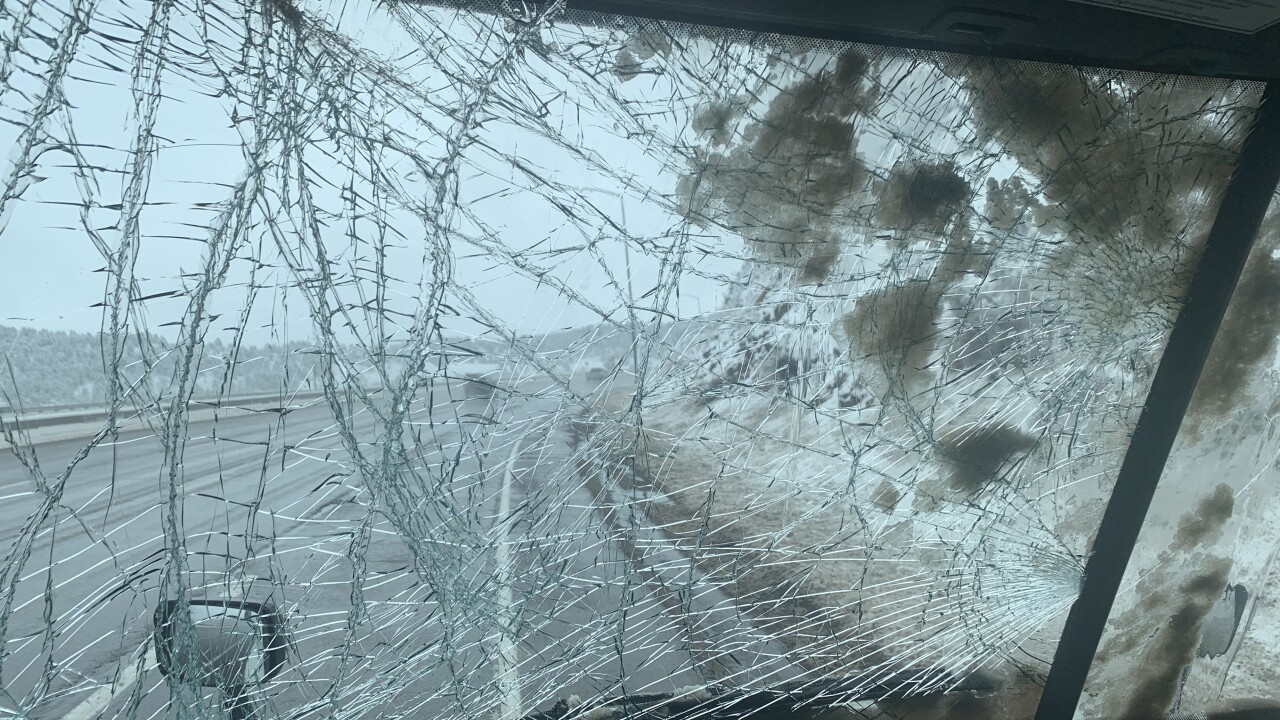 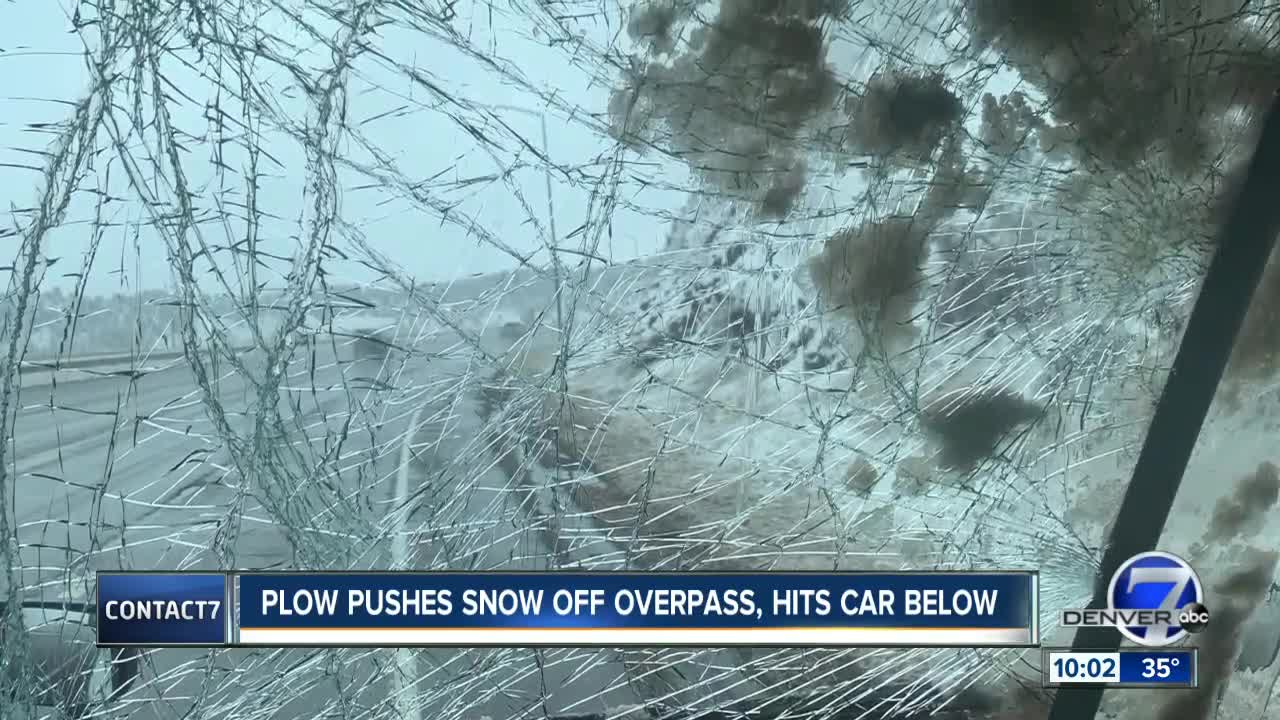 DENVER -- A trucker says it’s as if it just fell out of the sky.

That's how he described a freak encounter with a Colorado Department of Transportation (CDOT) plow during last week's pre-Thanksgiving snowstorm.

“Scary. That’s all I can say,” said Lawrence Casados. “Just really scary. I run the mountains every day. So, in the wintertime I see a lot of accidents, but nothing like this."

Casados was on a return trip from Rifle when he passed under a bridge on I-70 and a plow pushed a heaping pile of wet, slushy snow over the railing, right onto Casados’ windshield.

“It sounded like two cars hitting,” Casados said. “The CDOT guy was plowing across the bridge and throwing the snow over on top of the interstate."

"Instantly shattered and sprayed glass in my face,” Casados said. “And - I was lucky I didn't roll my semi. I could have wrecked or plowed into traffic around me. You can imagine the damage.”

Casados was able to pull over quickly where a state trooper just happened to be parked, but that ended up adding insult to injury.

“I was stunned at what he said. He was just like - 'Well, they're just doing their job. What do you want me to do about it?'" Casados said.

Casados did end up filing a police report with the trooper who then told Casados he was okay to drive to a repair shop.

“I’m pretty sure it’s illegal for truckers to drive with a windshield like that,” Casados said. “He just told me to go.”

Most road departments do have snow removal policies. Denver7 reached out to CDOT Friday, but did not hear back.

Which is why he's hoping his story will lead to change.

"To definitely make (CDOT) aware that it's going to kill somebody," Casados said.