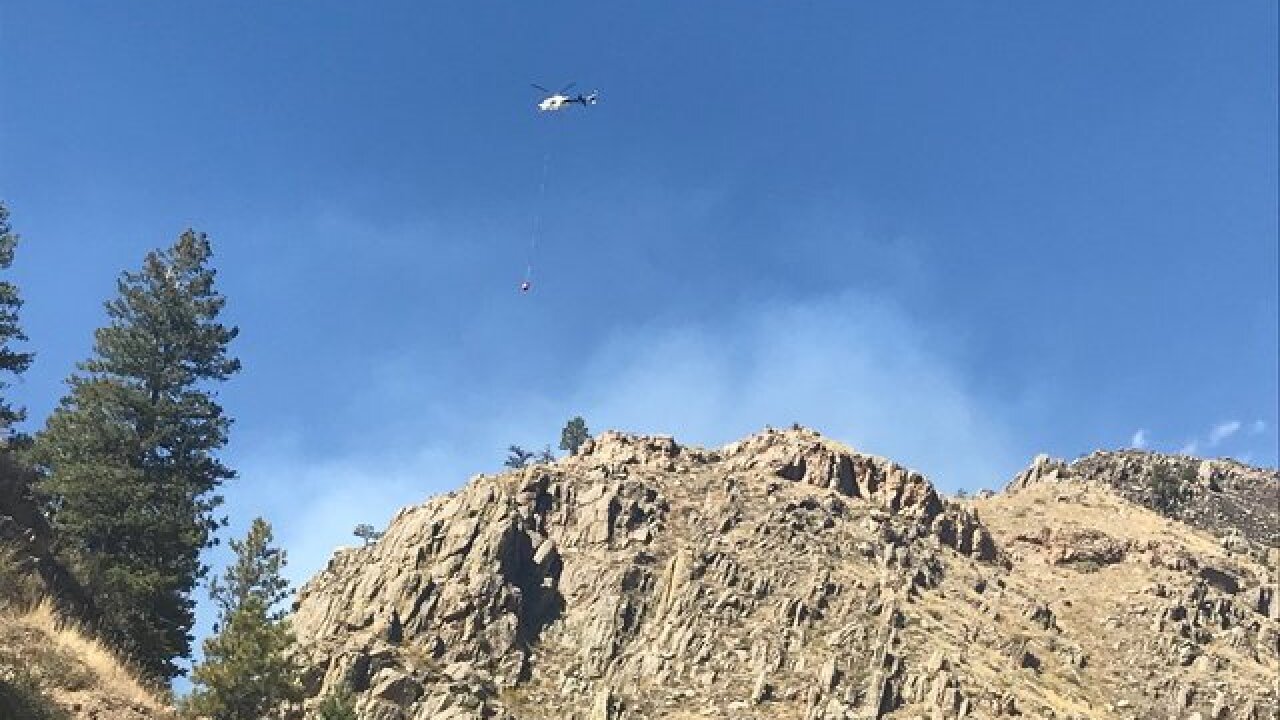 Copyright 2018 Scripps Media, Inc. All rights reserved. This material may not be published, broadcast, rewritten, or redistributed.
<p>A helicopter drops water on the Seaman Fire burning in Larimer County. High temperatures are in the 90s again Wednesday, while red flag warnings are in effect for northwest Colorado and drought continues to spread across the state.</p>

DENVER – High temperatures are in the 90s again Wednesday, while red flag warnings are in effect for northwest Colorado and drought continues to spread across the state.

At the same time, a red flag warning is in effect for all of northwest Colorado and some other western portions of the state. The warnings are also in effect for western Larimer County, close to where the Seaman Fire is estimated to have burned more than 100 acres since it started Tuesday.

Colorado’s Multi-Mission Aircraft was flying that fire today, as well as several others burning in various parts of the state that are under the red flag warnings Wednesday.

Drought continues to creep across Colorado too. As of last week, nearly half the state was under “extreme drought” conditions—the second-most-severe classification handed out by the U.S. Drought Monitor. Nearly 10 percent of the state was in “exceptional drought” – classified as the most-severe by the Drought Monitor. The worst drought conditions are seen across southwest and western Colorado.

The drought has led to several reservoirs and rivers being far below their normal capacity. Blue Mesa Reservoir, which feeds into the Colorado river, is at 39 percent of its capacity—levels not seen in 31 years.

The heat is expected to persist across the state through the weekend, and gusty winds will continue through Thursday afternoon, the National Weather Service said Wednesday. Temperatures in Denver are expected to cool starting Monday, with highs in the 70s currently forecasted for Tuesday next week.