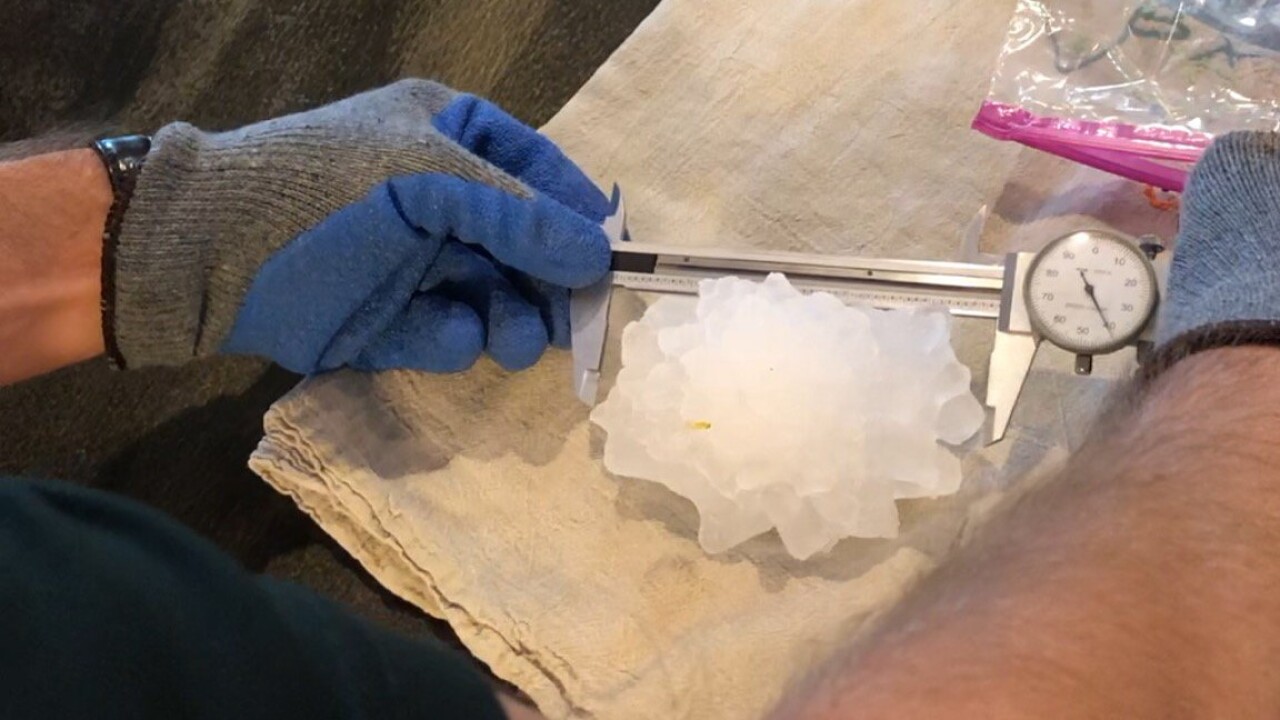 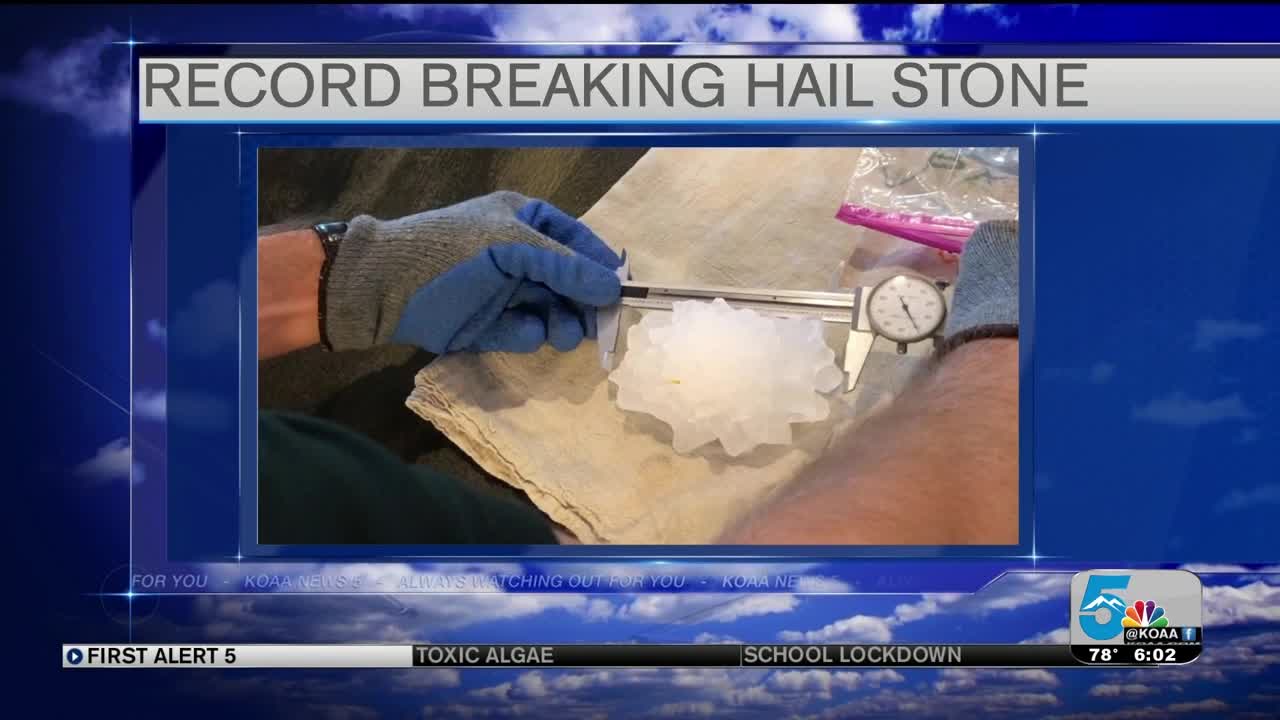 A Colorado state record was broken this week after a very large hailstone was reported in Bethune, CO on August 13. After 30 minutes of melting, the stone was measured at 4.83" in diameter by the Colorado Climate Center and the National Weather Service in Goodland, Kansas. The hailstone weighs 8.5 ounces and is 12 and 7/8 inches in circumference. These are the preliminary measurements of the hailstone, and this article will be updated when the official results come in.

Update: along with @NWSGoodland, today we measured the hailstone that fell NW of Bethune, CO on Tuesday, 13 August. The maximum diameter was 4.83", which exceeds the long-standing state record of 4.5". (1/2) #cowx

This breaks the long standing record of 4.5" for the state, which had been previously reported 20 times since 1971!