Fire to snow: What to expect from Colorado's wild weather through Wednesday.

An early snow along Interstate 25 and across metro Denver through tonight. 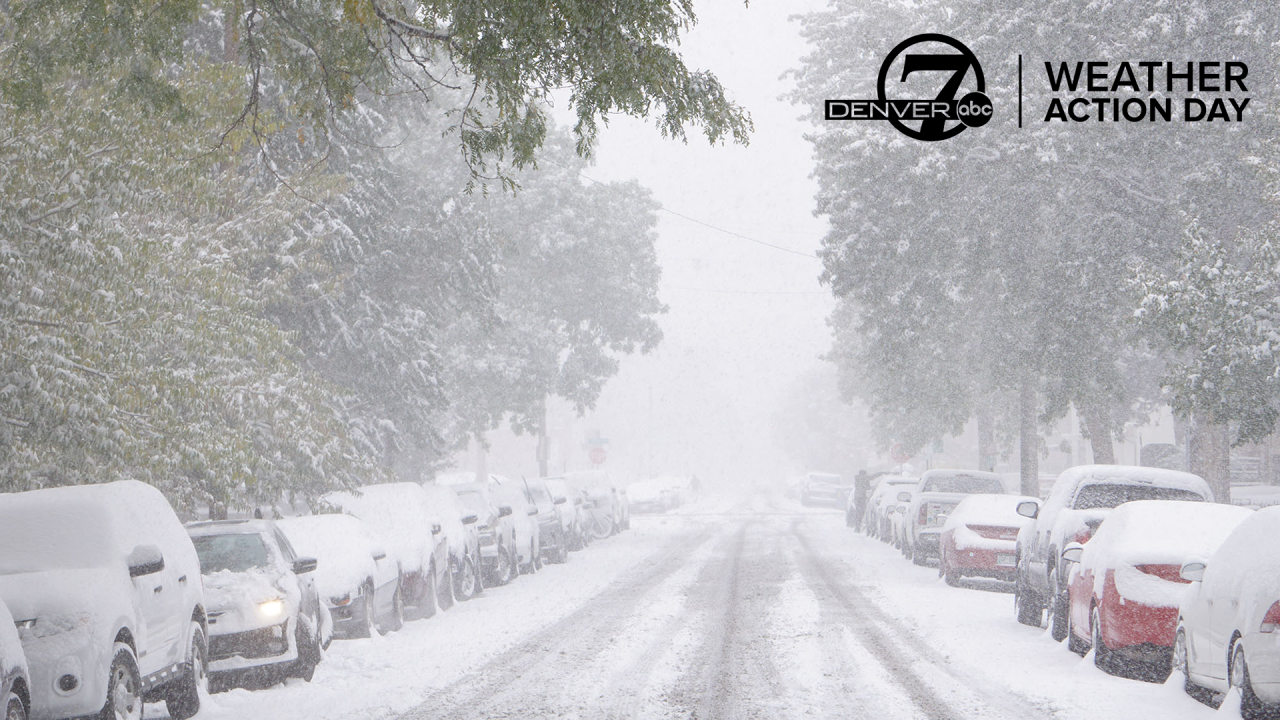 Copyright 2020 Scripps Media, Inc. All rights reserved. This material may not be published, broadcast, rewritten, or redistributed.
Denver7
Snow falls in Denver's Capitol Hill neighborhood on Oct. 11, 2019. Much of Colorado is expecting snow tomorrow, Tuesday, Sept. 8, 2020. 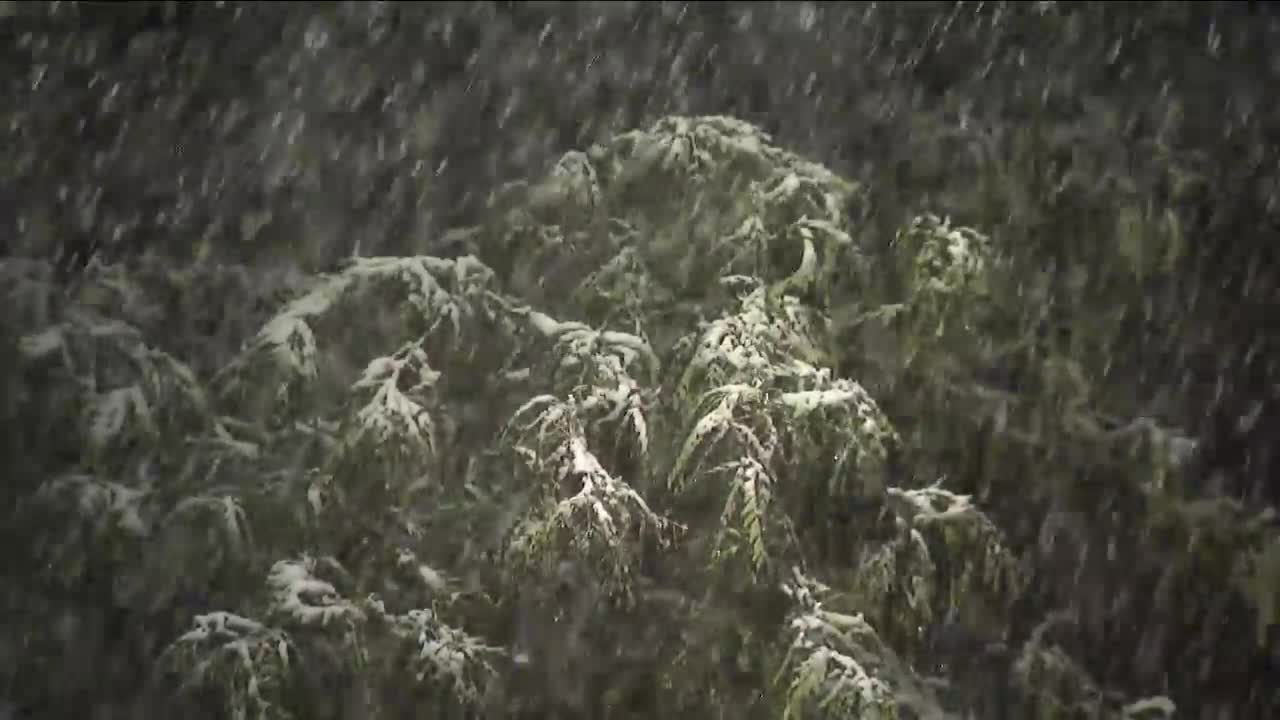 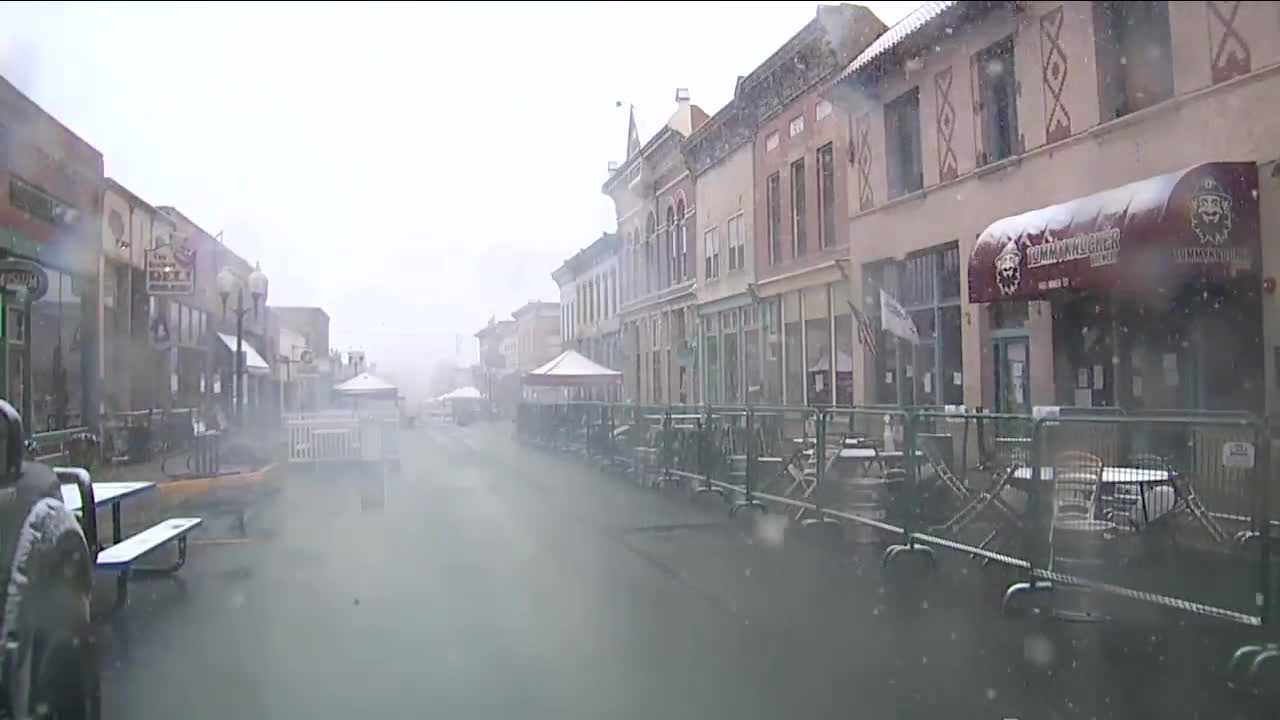 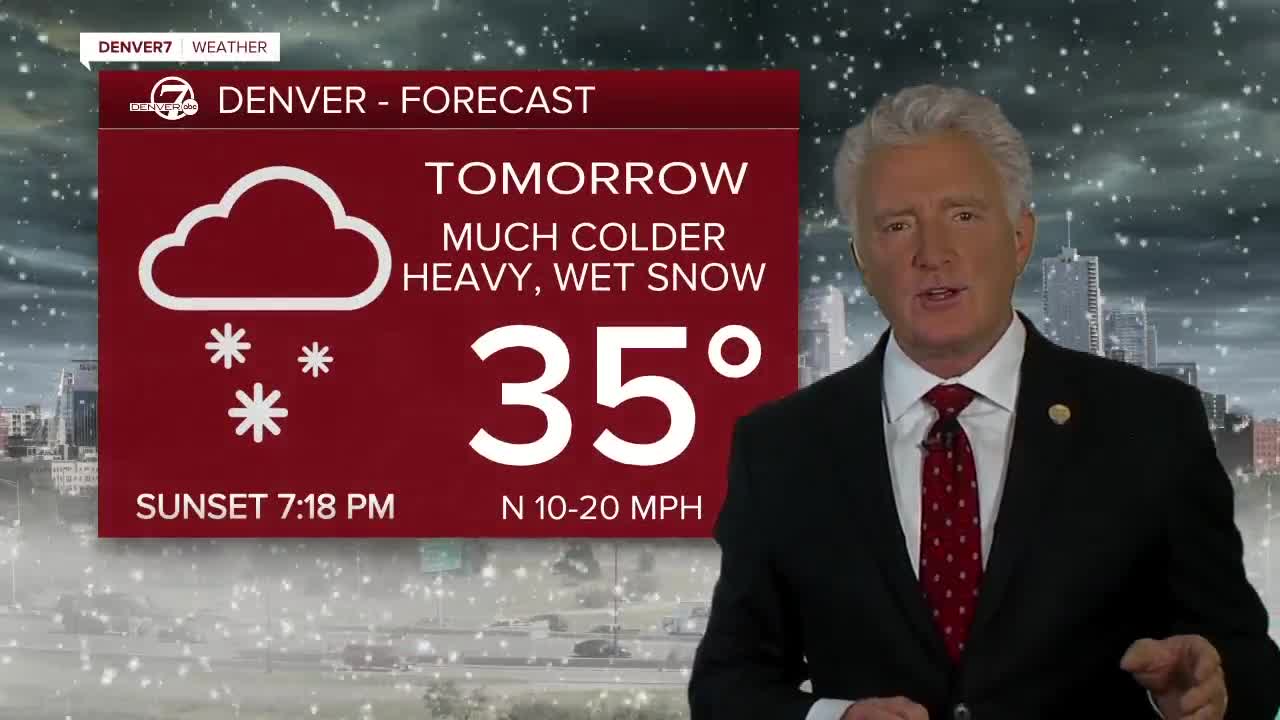 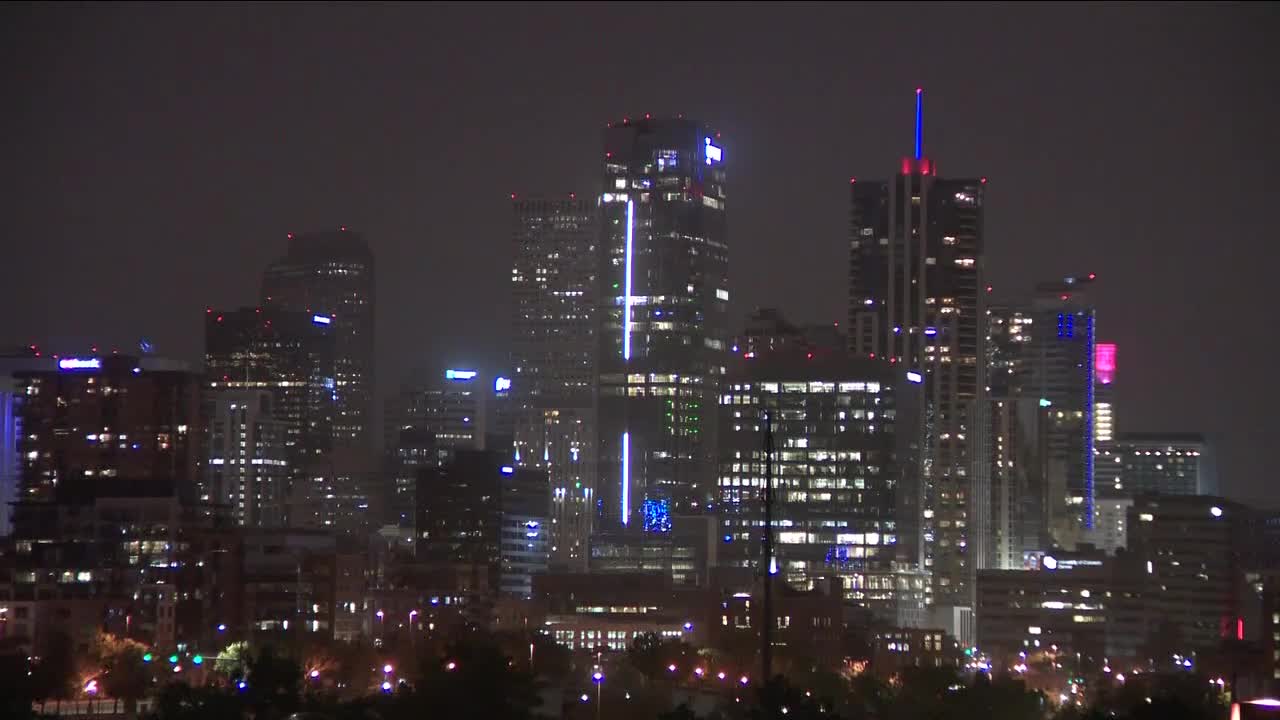 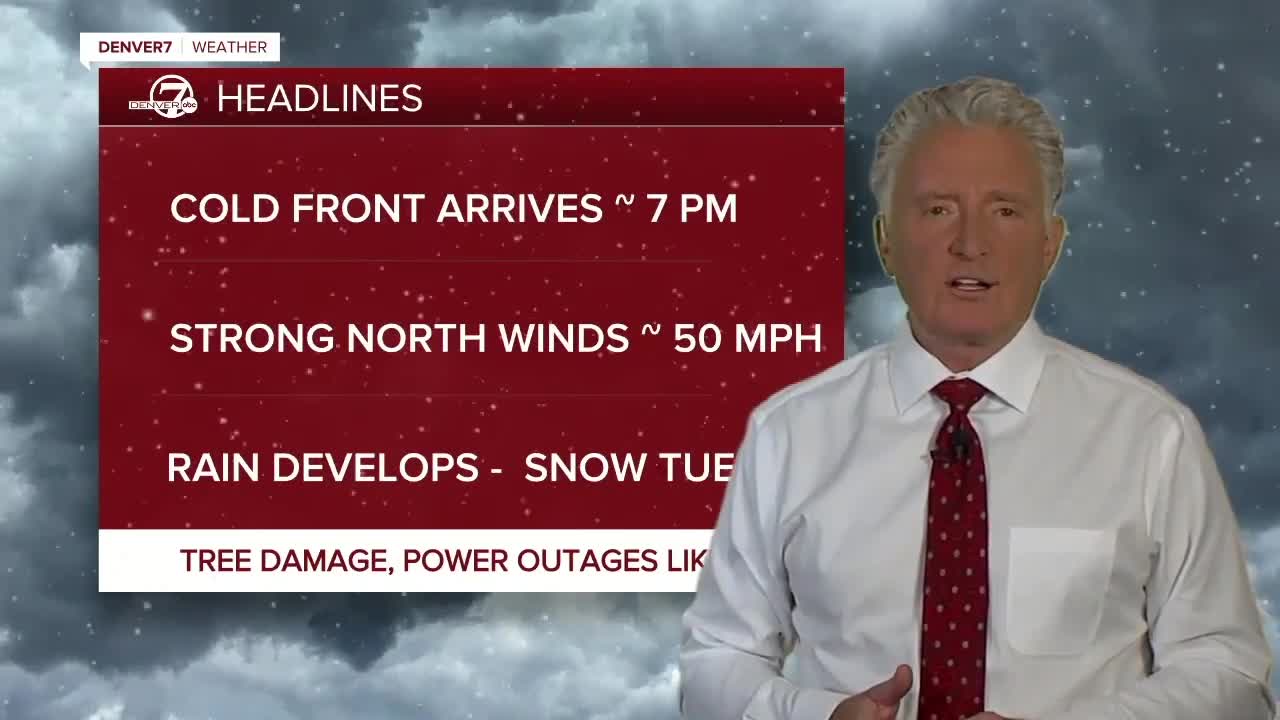 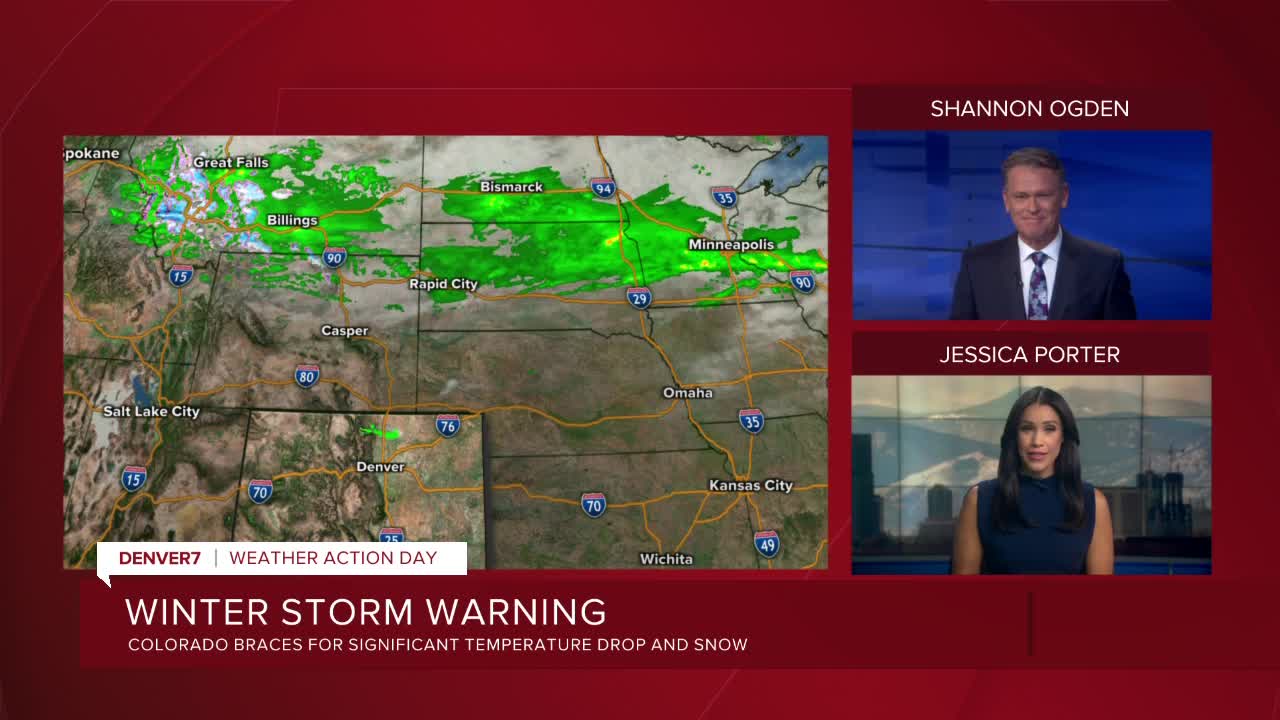 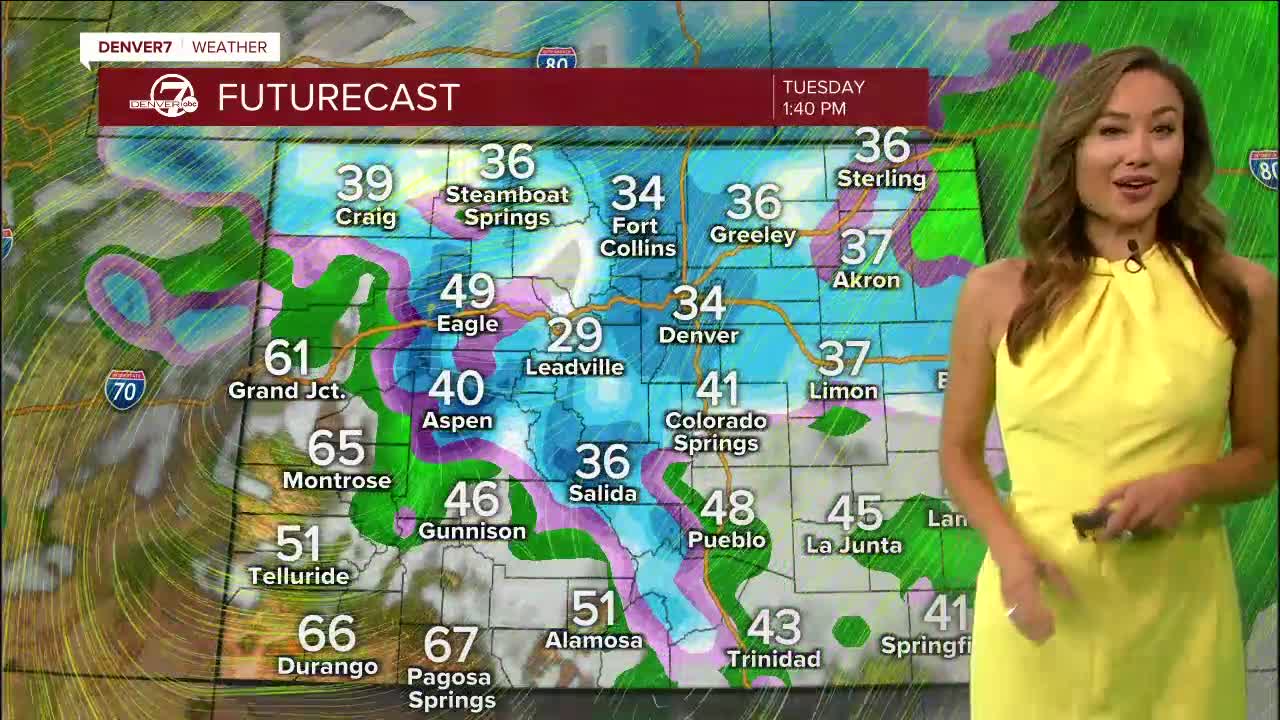 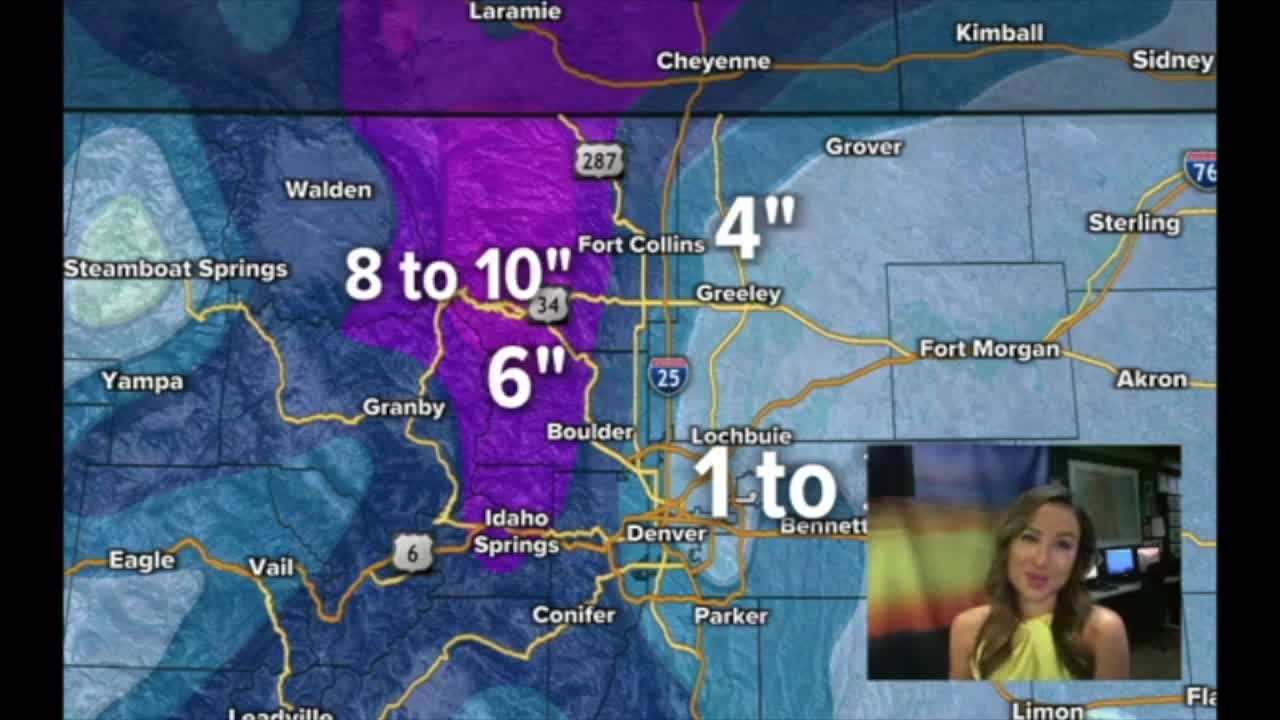 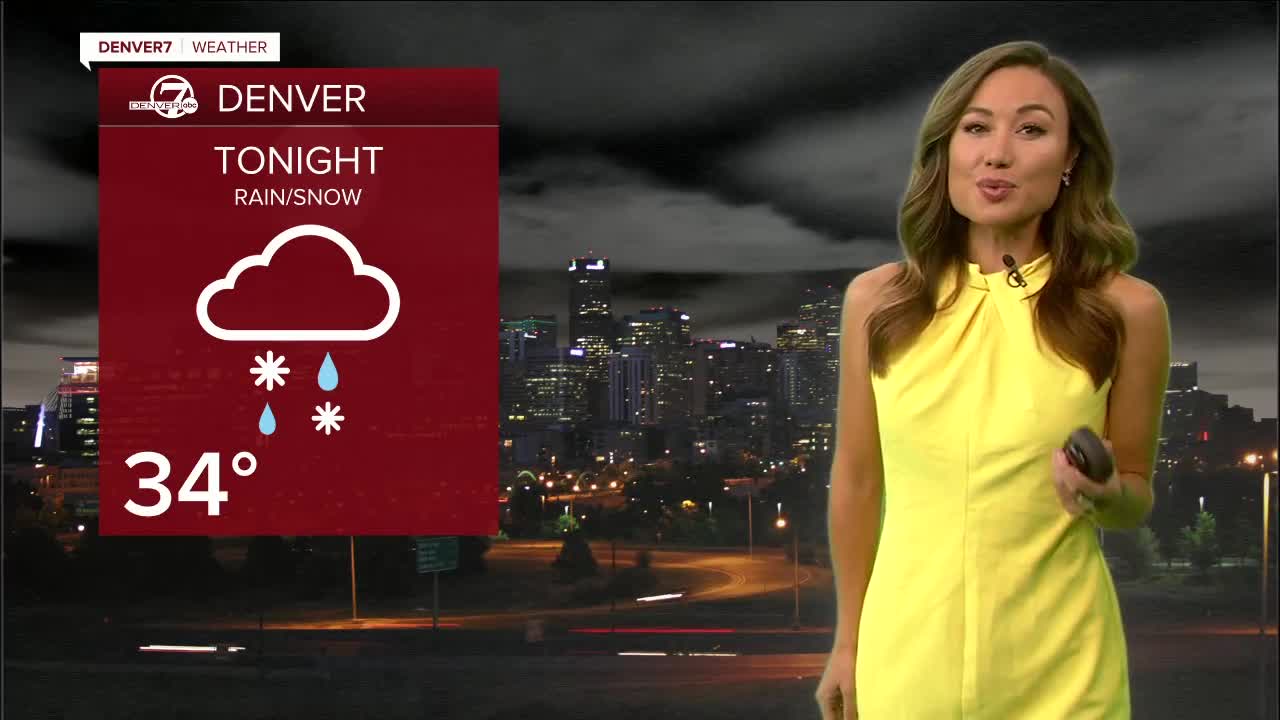 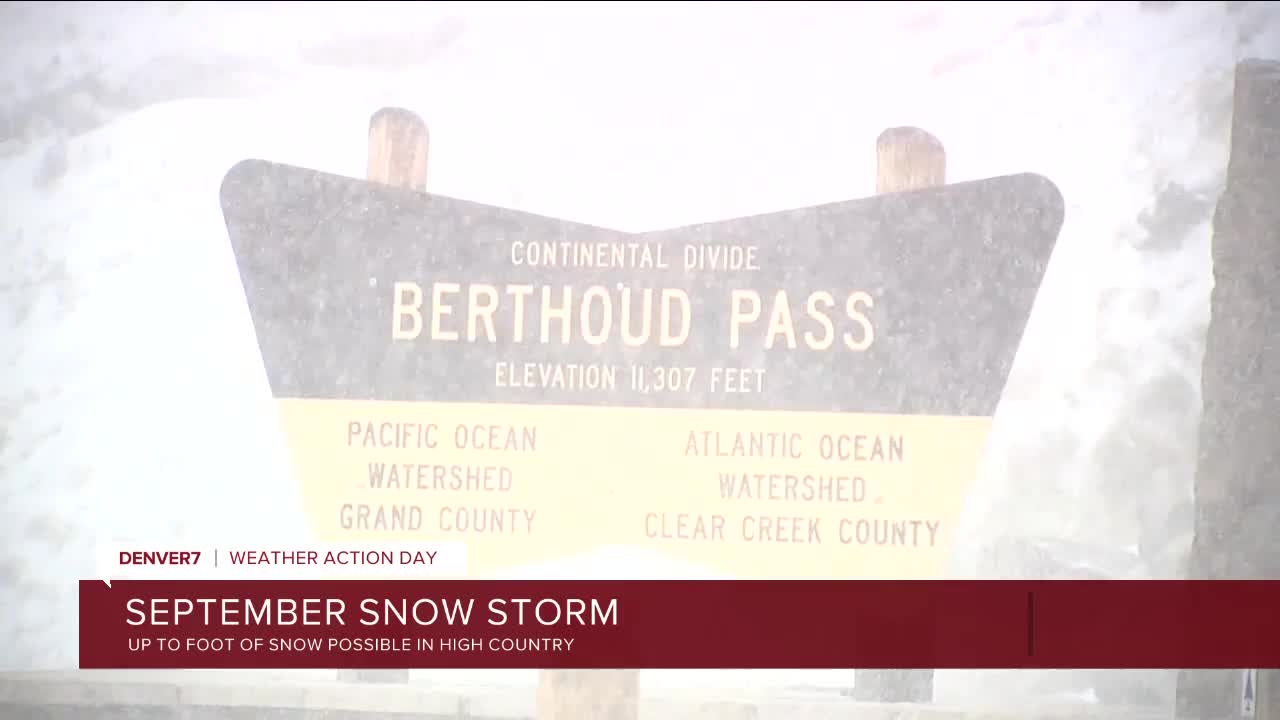 What a difference a day makes - especially in Colorado!

Denver tied a record for the number of 90-degree days in a single year Monday, before a very strong cold front moved in bringing snow and freezing temperatures to much of the mountains, Front Range Foothills and I-25 Corridor.

By Tuesday morning, a mix of light rain and snow dampened roads along Interstate 25 and across metro Denver. Through the afternoon and evening, a transition to full snow with accumulations of 3 to 6 inches likely.

The main snow accumulation will be on vegetation and elevated surfaces, such as bridges. Tree damage and scattered power outages are also a risk this tonight.

8:52 AM: Light rain/snow mix along the I-25 Corridor. We may not see transition to all snow until heavier precip late this afternoon/eve. That's when more significant snow will stick on vegetation & elevated surfaces. Tree damage & scattered power outages possible tonight. #COwx pic.twitter.com/20XFDtGnWX

The high country has had heavier snow activity, with the heaviest amounts falling from near Rocky Mountain National Park and Kremmling, up to Wyoming.

The city saw record-breaking and record-tying high temperatures of 101 and 97 degrees on Saturday and Sunday.

Denver hit 90 degrees again today shortly after noon, making it the 73rd day so far this year we've seen 90+ degree high temperatures and tying 2012 for the most on record. More on the wild weather expected today through Wednesday: https://t.co/Xc1Qn3zc5Z #cowx pic.twitter.com/ix9LaLe4mC

Air quality has improved with the snow, rain and colder weather, great news for fire fighters battling various wildfires west of I-25.

No, this is not sunset — this was taken at 1 p.m. today, Labor Day, in Fort Collins by Denver7 Photojournalist @SarahMBingham.

The weather will stay chilly and unsettled through Wednesday and Thursday.

Warmer and drier weather returns for the weekend.

Click here to learn how to watch the free Denver7 live 24/7 weather stream on your TV using Roku, Amazon Fire or Apple TV.

Blowing dust is likely to accompany the front, and rain and high-elevation snow will start shortly afterward. As the air continues to cool overnight, snow will fall at the higher elevations and a rain/snow mix is likely for the I-25 corridor.

There is still some question exactly when the change from rain to snow will occur at which elevations, and how much will accumulate on roads and ground surfaces given the record-breaking heat.

But temperatures will likely be near freezing along the metro corridor and plans by Tuesday morning and will combine with upslope winds to bring snow into the metro area through Tuesday night.

The biggest concern is for trees that have yet to lose their leaves and crops that have not yet been harvested, which could see heavy damage, broken limbs and frozen crops, and lead to power outages.

Winter storm warnings are in effect for higher elevations, the foothills and Palmer Divide, with a winter weather advisory in effect for much of the metro area and some of the plains into Wednesday morning, when temperatures are expected to dip into the 20s.

For much of the Front Range corridor, between 3 and 7 inches of snow is expected by early Wednesday, starting around midnight tonight. The foothills and some mountain areas could see 5 to 10 inches, with up to 15 inches in some of the higher mountain elevations, according to the National Weather Service.

There are also freeze warnings in effect for the Eastern Plains, where temperatures are expected to dip below freezing by Wednesday morning and damage crops and gardens.

Denver could also toy with the record books for the largest single-day temperature swing. The largest-ever change was 66 degrees, from 46 degrees to -20 degrees, on Jan. 25, 1872. Denver has a forecast high of 94 and low of 33 on Monday.

A Weather Action Day is in effect through Wednesday, with cold temperatures expected to gradually lift to a high of 55 on Thursday and a high of 72 on Friday. Over the weekend, highs will return to the 80s.

Join the Our Colorado | Through Your Photos Facebook group to share photos with us and people across the state!