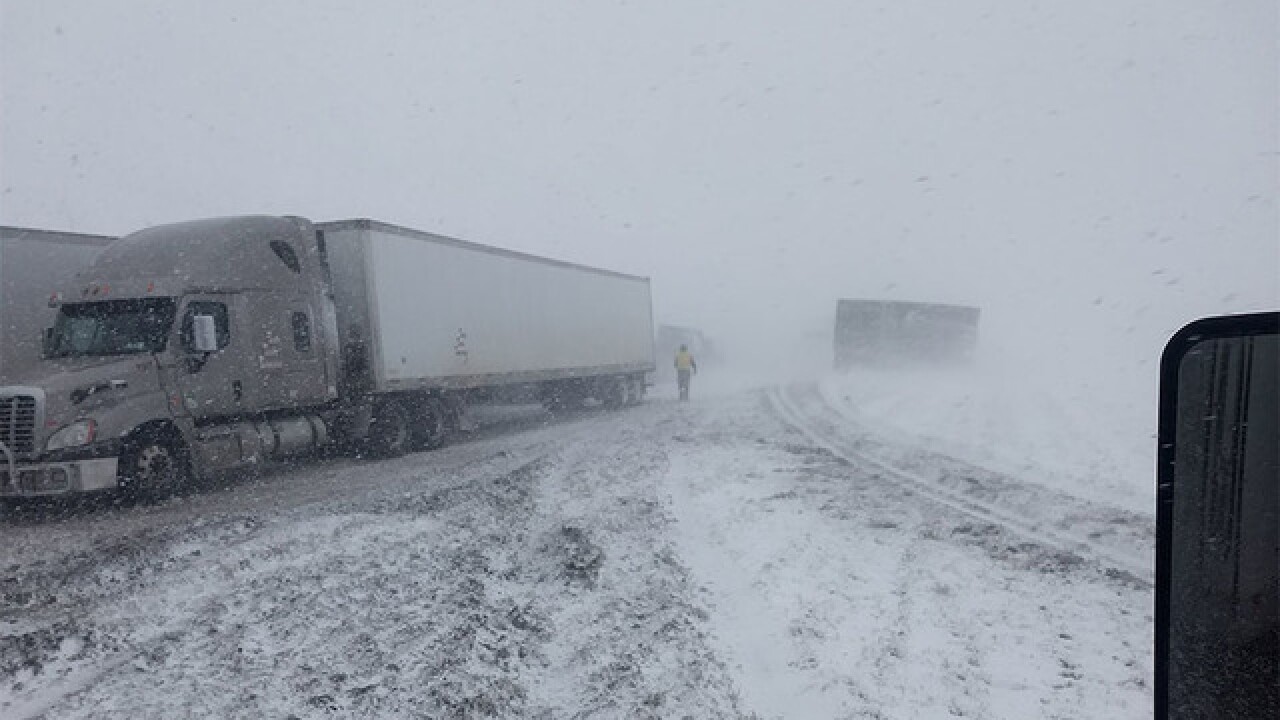 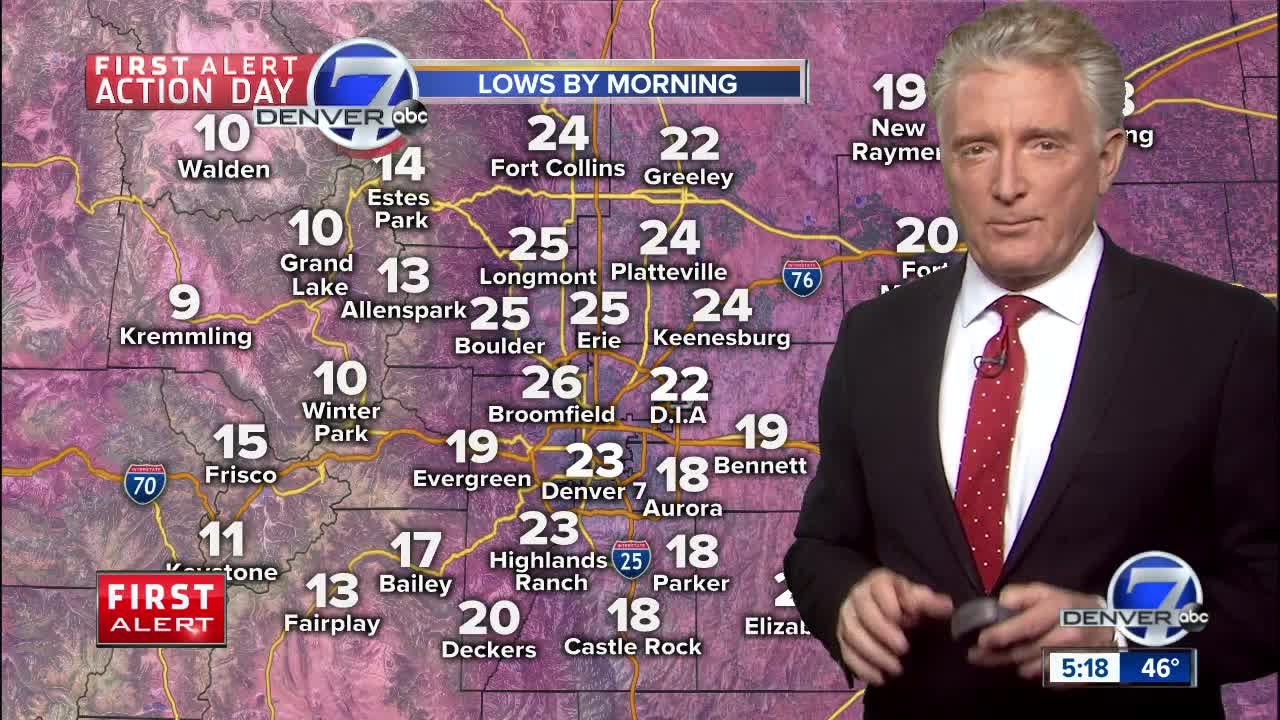 DENVER – If you’re headed back from the mountains after a long holiday weekend or driving south or east out of Denver on Monday evening, be prepared for poor travel conditions as a winter storm moves through Colorado that is expected to bring white-out conditions to parts of the state.

Snow had already moved into the western part of the state on Monday morning and is expected to build in the mountains throughout northern and central Colorado into the afternoon.

The Colorado Department of Transportation says it expects to put metering in place along I-70 at the Eisenhower/Johnson Tunnels and on Loveland Pass in order to ease the traffic flow, and that rockfall mitigation efforts along U.S. Highway 6 through Clear Creek Canyon was suspended Monday to allow for better traffic flow.

CDOT is asking drivers to be prepared for extra travel time because of the heavy traffic and incoming weather.

There were intermittent closures of I-70 throughout the afternoon Monday near the tunnels due to crashes and spin-outs but both directions of the interstate were open as of 4:30 p.m.

By Monday night, the concern shifts to include the Eastern Plains, which could see blizzard conditions in some places along I-70 and I-76, CDOT and the National Weather Service said.

The Denver metro areas are expected to get between 2 and 4 inches of snow, while the Eastern Plains and Palmer Divide could see 3 to 6 inches that, paired with high winds, will likely create blizzard conditions, forecasters have said.

CDOT said its four points of concern were places that could see up to 10 inches of snow and winds of up to 50 miles per hour: I-25 at the Palmer Divide; I-70 east of Limon; I-76 east near the Nebraska border and the C-470 foothills.

Crews were plowing in the mountains on Monday afternoon and Front Range highways were getting pre-treated as of 3 p.m. CDOT said it planned to focus on plowing the interstates first, and then side roads, as the storm intensifies. Statewide road conditions and updates can befound on the COTrip website or by calling 511 in Colorado.

There are winter weather advisories and winter storm watches in place for much of the mountains and the metro area until Tuesday morning, and blizzard warnings starting at 8 p.m. for most of eastern Colorado -- from Castle Rock, to Limon and up to Akron. There are also avalanche bulletins in effect until Monday night.

Monday’s forecast is still volatile, the National Weather Service said Monday morning, and snow totals and timing could change as the storm approaches.

A First Alert Action Day is in effect until Tuesday morning, so stay with the Denver7 Weather team for the latest forecast in your area. Click here for our live traffic and weather updates. Click here for live radar.

And if you’re traveling – especially through the areas expected to see the worst conditions in this storm – you can find live traffic conditions and updates on the Denver7 traffic page.