Denver's 2020 summer heat and drought inching up in record books, with some relief in sight 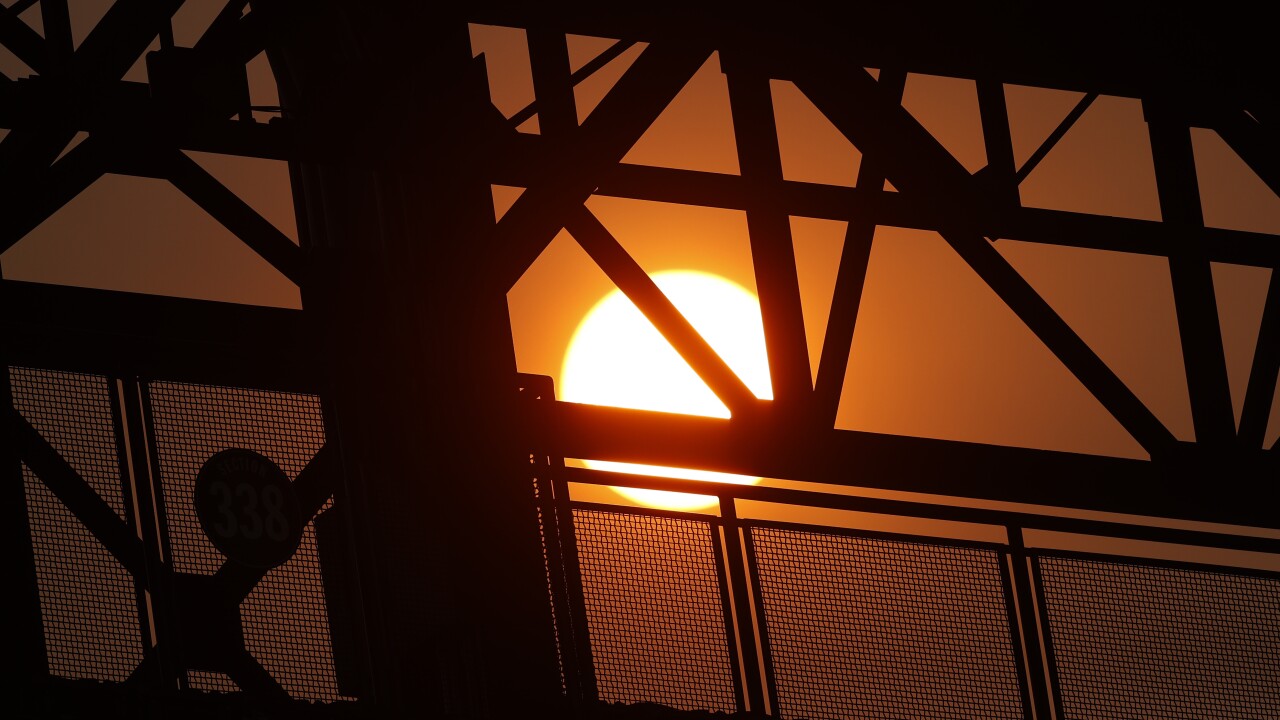 (Copyright 2020 The Associated Press. All rights reserved. This material may not be published, broadcast, rewritten or redistributed.)
David Zalubowski/AP
The sun casts an orange hue over Coors Field as wildfires burn in the state, during the first inning of a baseball game between the Texas Rangers and the Colorado Rockies on Saturday, Aug. 15, 2020, in Denver. (AP Photo/David Zalubowski) 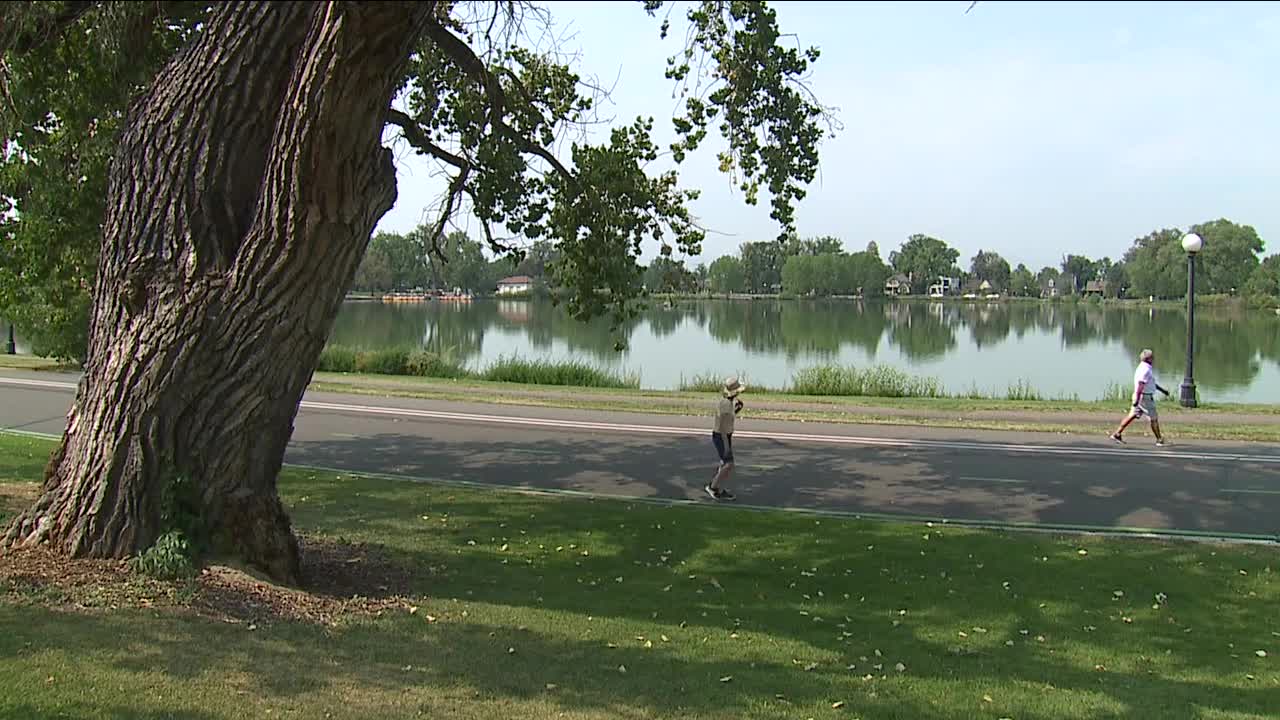 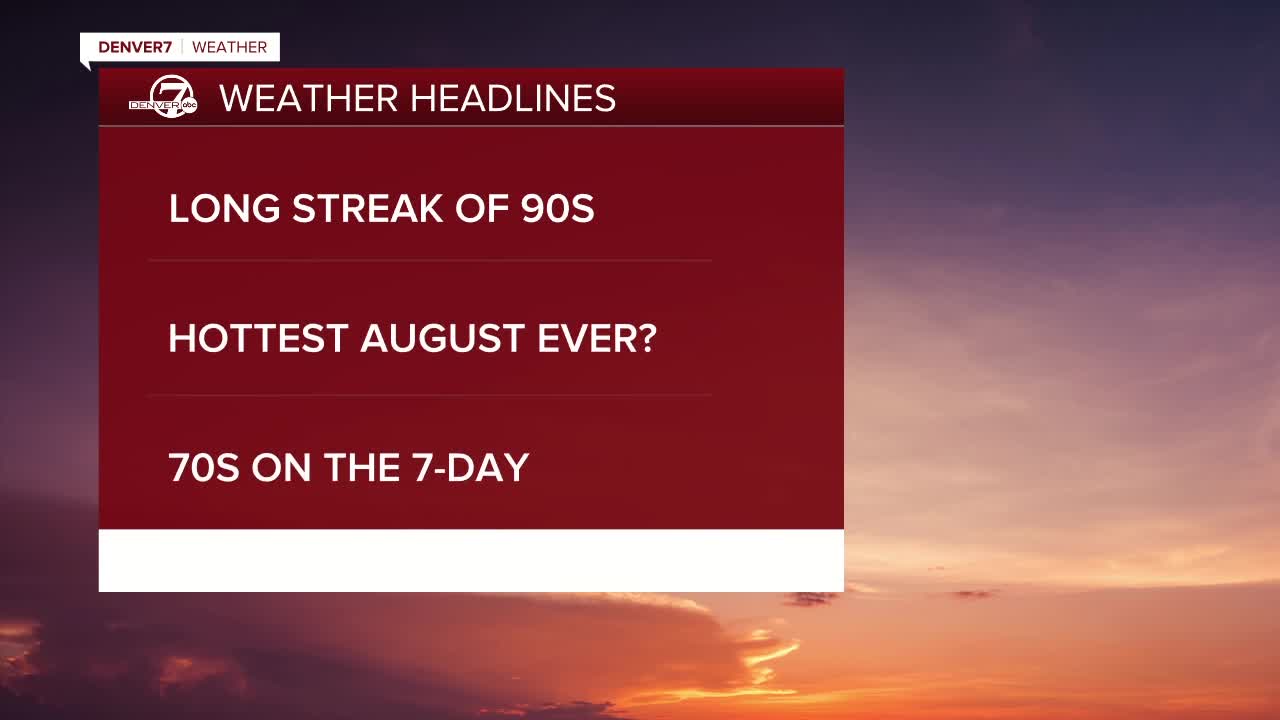 Denver hit 90 degrees again before noon Tuesday, making it the 65th day that the airport station has reached 90 degrees – the second-most on record in a single year.

It also marked the 15th day in a row of 90+ degree heat, which is tied for the eighth-longest streak in the record books.

2020 now sits only behind 2012, which had 73 days, in terms of the total number of days on which temperatures reached at least 90 degrees.

90 Degree Days Update: Today's temp reached 90°F, making it the 65th 90 degree day at KDEN (2nd most for a year) this year. Even though we are ahead of 2012's pace for 90 degree days, this will likely be short lived as cooler temps are expected this weekend & next week. #cowx pic.twitter.com/G0LU0X5p7K

The longest consecutive streaks of 90-degree days came in July-August 2012 and 2008, when there were 24 straight days of 90-degree heat.

The heat, combined with wildfire smoke from several large wildfires burning in Colorado and across the West, and the air pollution that already persists in the metro area, has made for a miserable August for most in Denver – with ozone levels exceeding federal health limits this week.

The temperature had hit 95 degrees in Denver as of 1 p.m. Tuesday, setting a new record of 23 days of 90-degree or higher temperatures in August.

Denver and Colorado are well behind on precipitation so far this month, and this year, which has exacerbated drought conditions as well.

And though we will continue to see heat in the 90s through Thursday, the streak of consecutive 90-degree days, and overall heat wave, appears as though it is coming to an end starting Friday.

Temperatures for Denver on Friday are forecast in the low-to-mid 80s, with temperatures this weekend in the upper 80s before dipping back down into the upper 70s and lower 80s to start next week.

The National Weather Service said Tuesday there is a chance for some isolated storms across the state over the next few days, with a better chance of precipitation once the cold front moves through Friday, and when the next front hits early next week.

The drought and high temperatures have led to large wildfires this month that have burned nearly 200,000 acres across the state, which have been fueled by the lack of precipitation, low relative humidity and hot temperatures even in the mountains.