La Nina is coming back for the winter. Here's what that means for Colorado 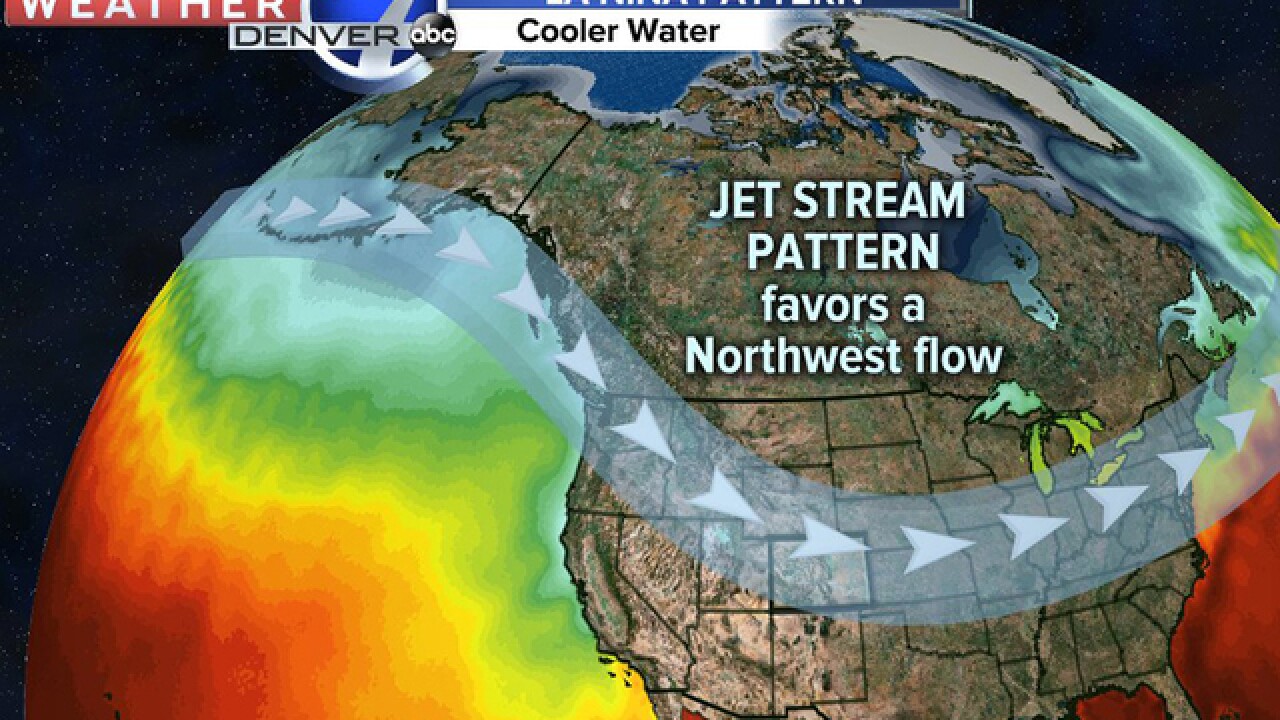 DENVER – La Nina, which occurs when surface temperatures in the central Pacific Ocean drop to below-than normal levels, is coming back for 2017-2018 winter season, according to First Alert Weather Chief Meteorologist Mike Nelson.

But what exactly does that mean for Colorado?

Light-to-moderate snowstorms, for starters, according to Nelson. He said Coloradans can expect three-to-six inches snowstorms this winter, as opposed to storms that could bring two feet of snow in one single punch.

Nelson also said Colorado will see an average winter season, temperature-wise, as incoming cold fronts from La Nina will move out quickly, allowing for temperatures to bounce right back up from freezing cold to pleasant and sunny.

How will this affect Colorado’s ski resorts?

Steamboat, Loveland and A-Basin could see more snow on their slopes as La Nina’s jet stream pattern will favor a northwest flow, a good thing for the central and northern mountains.

Predictions call for a milder winter weather in southwest Colorado, so it’s possible the moisture coming from the Pacific won’t be as good for the San Juans; that doesn’t mean, however, that it won’t snow there, Nelson said.

The Denver metro area could expect to see about 60 inches of snow for the winter season, which will come as periodic, light-to-moderate snowstorms, Nelson said.

You can expect to find yourself waking up to four of five mornings to temperatures below zero during late December to January.

What about the rest of the country?

Because La Nina favors the northwestern part of the country, this could spell trouble for southwestern states including California and Arizona, New Mexico and even Texas.

This could have a negative impact on already dire conditions in places like California’s wine country, which has been devastated by recent wildfires.

Get the latest Colorado forecast