Mexico, 2 US states could see Colorado River cutback in 2020 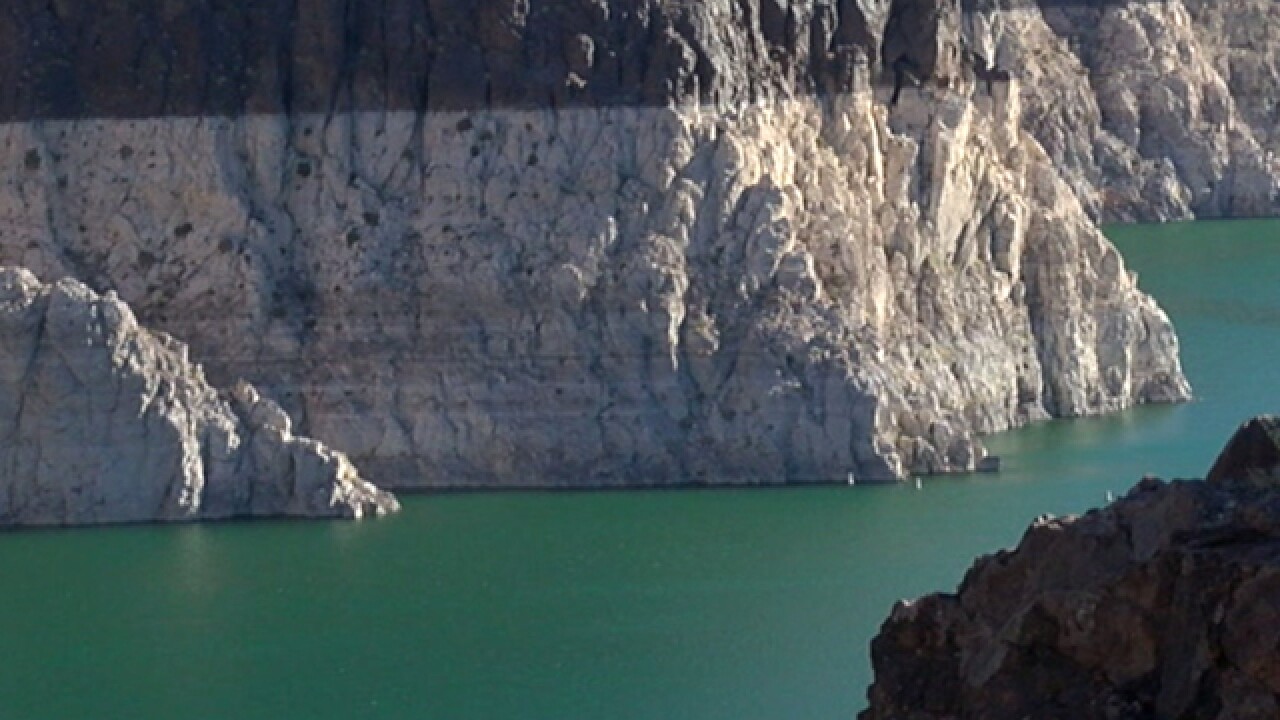 Copyright 2017 Scripps Media, Inc. All rights reserved. This material may not be published, broadcast, rewritten, or redistributed.
<p>Water levels in Lake Mead behind the Hoover Dam are just a few feet above historic lows.</p>

DENVER (AP) — Mexico and the U.S. states of Arizona and Nevada face a better-than-even possibility of getting less water from the Colorado River in 2020 because of a persistent drought, water managers said Wednesday.

The U.S. Bureau of Reclamation, which manages the river, released projections showing a 52 percent chance the river’s biggest reservoir, Lake Mead in Arizona and Nevada, will fall low enough in 2020 to trigger cutbacks under agreements governing the system.

If that happens, those two states and Mexico would be the first see their share of water cut. Further drops in the reservoir could trigger cuts for other states.

The river serves about 40 million people and 6,300 square miles (16,300 square kilometers) of farmland in United States and Mexico. In the U.S., Arizona, California, Colorado, Nevada, New Mexico, Wyoming and Utah all use the river or its tributaries, along with 20 native American reservations.

“We need action and we need it now,” Burman said in a written statement. “We can’t afford to wait for a crisis before we implement drought contingency plans.”

Burman urged the states to finish the plans by the end of the year.

The states have agreed to come up with the plans but Burman has limited power — other than verbal persuasion — to make it happen. The river is governed by a collection of international treaties, interstate agreements and court decisions, and no single agency is in charge.

The agreements specify that cutbacks will kick in if the surface of Lake Mead drops to 1,075 feet (328 meters) above sea level.

Arizona would take the biggest hit, losing 320,000 acre-feet (395 million cubic meters) or 11.4 percent of its annual allocation from the Colorado. An acre-foot is enough to supply one typical U.S. household for a year.

Most of the water in the Colorado River is snowmelt from mountains in Colorado and Wyoming. Because of the drought, last winter’s snow was uneven but generally well below average across the region.

Federal forecasters said Monday the river is expected to carry only 43 percent of its average amount of water this year into Lake Powell, another big reservoir upstream from Lake Mead.