Mild now in Denver, but some snow in the forecast

Mild temperatures to start the week 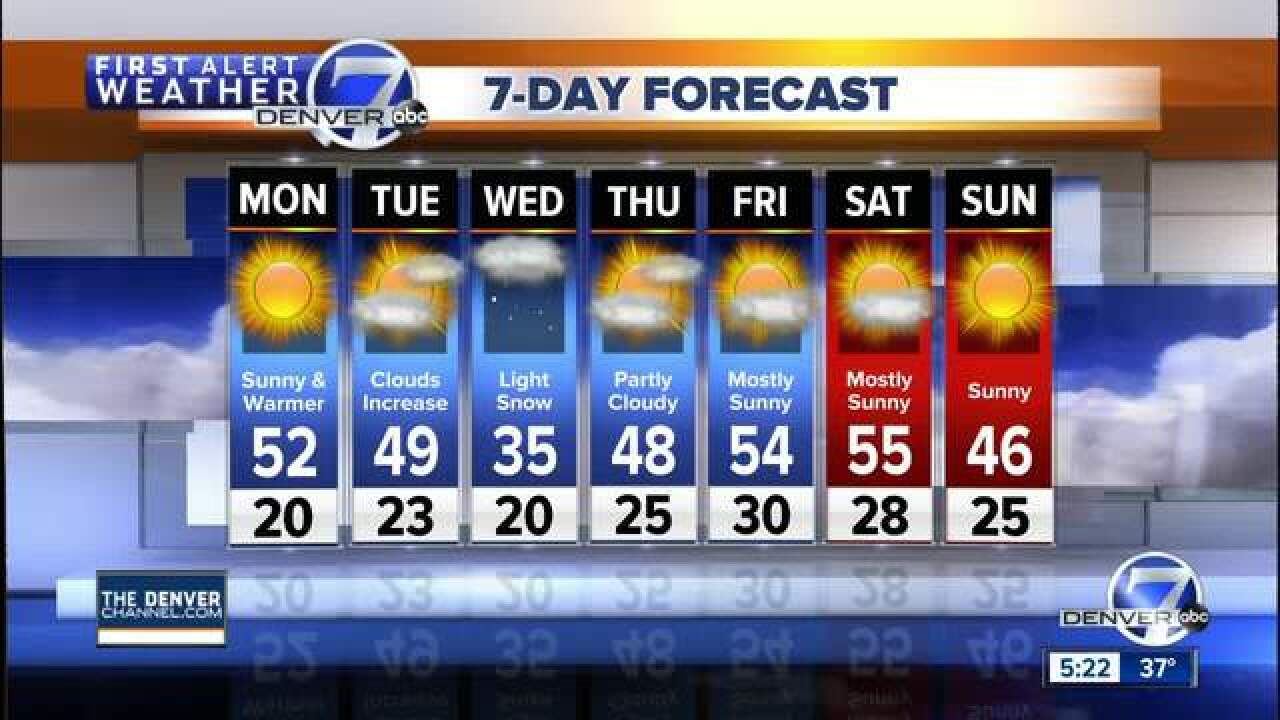 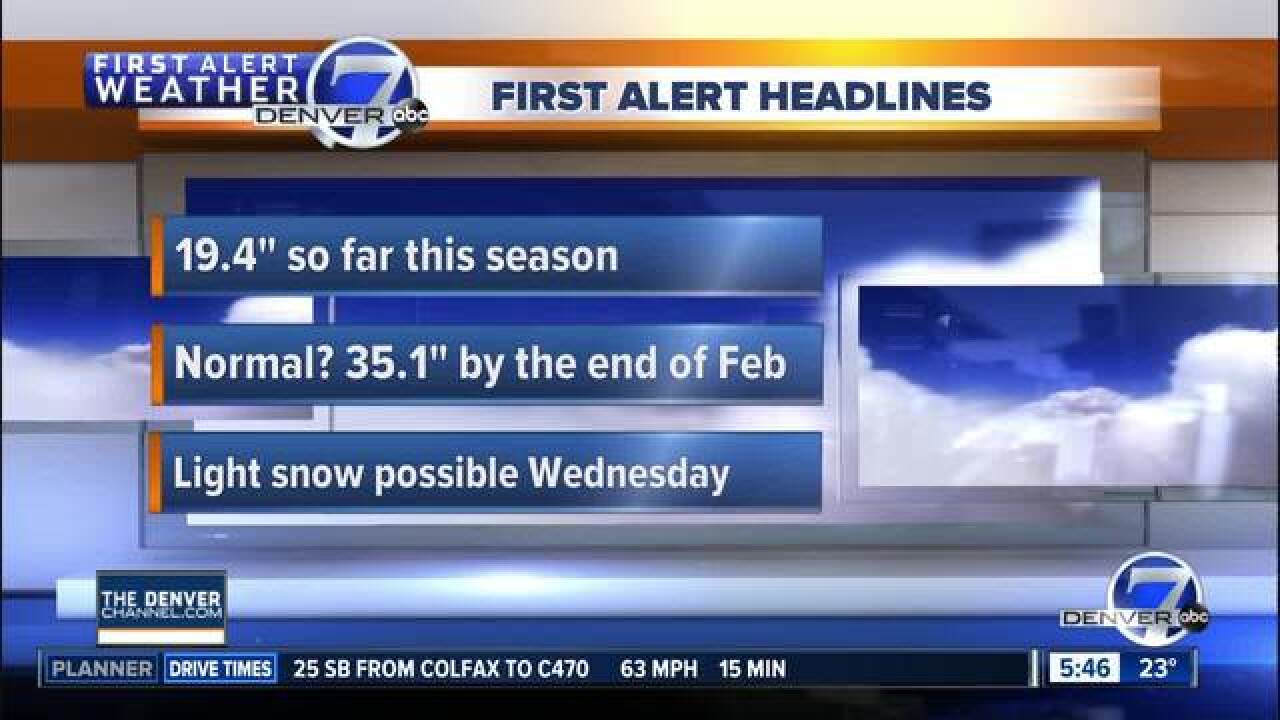 DENVER -  Mild air covered Colorado on Monday as high temperatures bounced up to the mid 50s in Denver - the warmest weather in over a week!  Bright sunshine dominated the central Rockies and made for a delightful day to be outdoors.

Skies will remain mostly clear overnight with lows in the single digits and teens in the mountains and 20s for lower elevations.

Tuesday will be another mild and mostly sunny day with temperatures in the 50s to low 60s on the plains and mid-30s to mid-40s in the high country.

A cold front will begin to move into Colorado Tuesday night.  Some snow will develop in the mountains with 2 to 4 inches possible by Wednesday morning.

The cold front will move across Colorado early Wednesday, bringing gusty northwest winds, colder temperatures and a couple more inches of snow for the mountains. Denver and the eastern plains may see a few flurries, but little accumulation.

Temperatures will rebound nicely after this storm.  Highs in Denver will be back to the low 50s on Thursday and may reach 60 degrees on Friday.  Another cold front will move into Colorado late Saturday, bringing an increase in clouds and a chance for snow by Sunday.

SNOW UPDATE: So far, we've only seen 19.4" of snow at Denver International Airport and that is about half normal at this point in the season. In fact, we would need nearly 20 inches of snow before the end of February to hit our normals for the season.

In the mountains, the snow-pack is roughly at 75% of normal for the season, with the southern mountain areas in the worst shape. The recent storms are helping, but we could use several more good snowstorms!