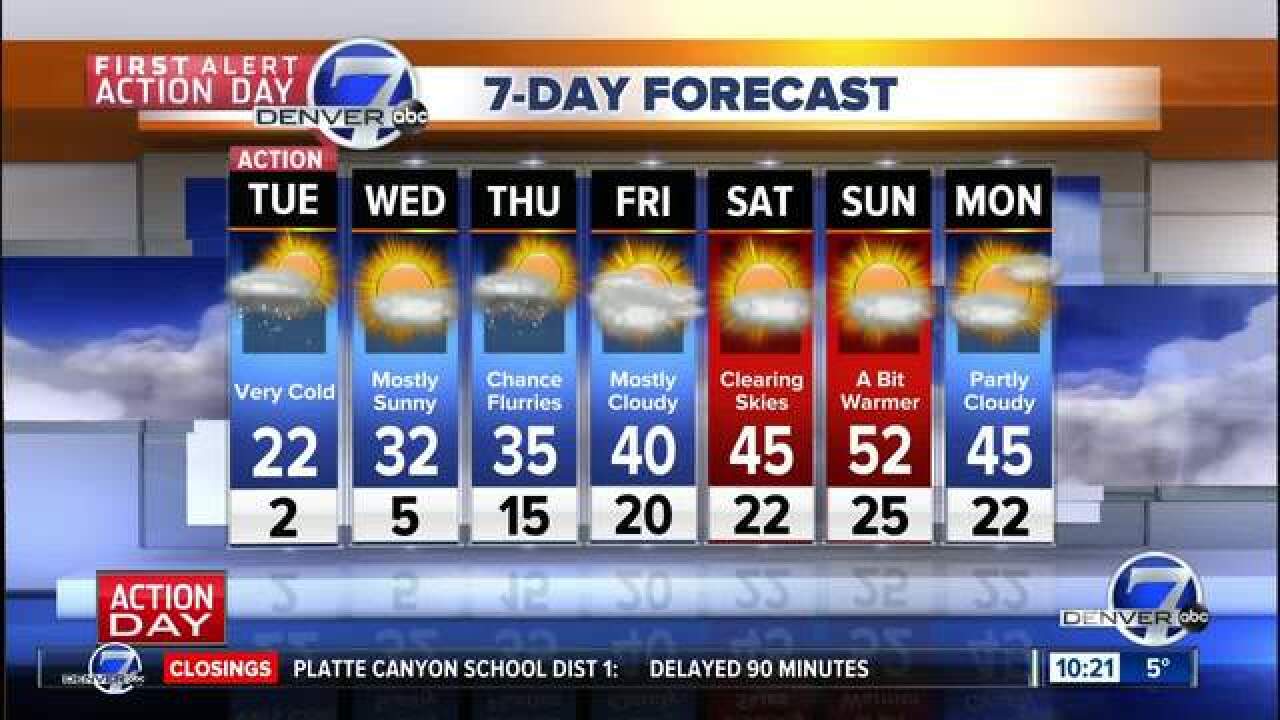 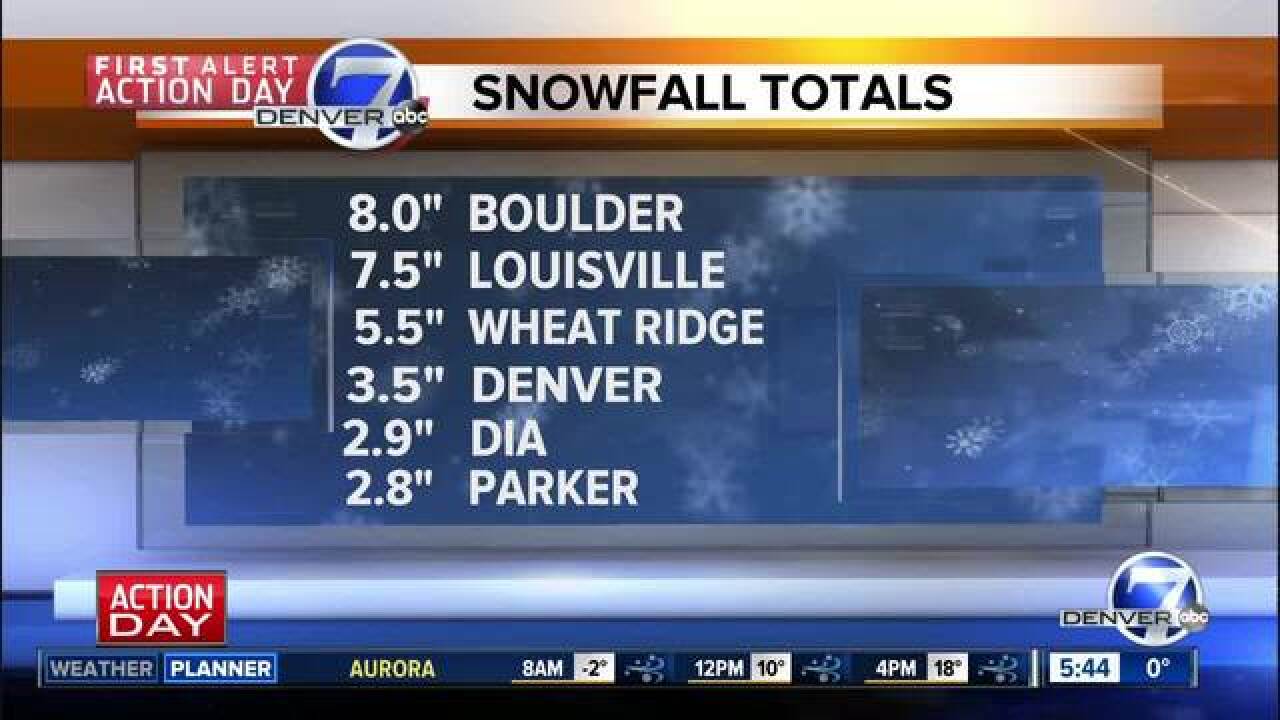 A cold air mass has settled into Colorado and will keep things chilly around here for the next several days.  A few minor snow-makers can be expected as well, with most of the accumulation in the mountains.

For now, the snow has mostly ended across Colorado, but the very cold temperatures continue to have an impact.  As the sun sets, there will be icy spots and stretches developing again - so be very careful on the roads tonight.

Tonight will be very cold again, with some light snow or flurries possible through the evening, followed by clearing skies and chilly temperatures.  Lows will be zero to 5 above across northeast Colorado and 5 to 10 below zero in the northern and central mountains.

Wednesday will start cold with scattered slippery spots for the Denver Metro area and northeastern plains.  Expect a mostly sunny day for lower elevations with highs in the upper 20s to low 30s.  Snow showers will develop in the afternoon over the mountains and may produce brief heavy bursts of snow that could accumulate to one to three inches.

A weak weather disturbance will move across Colorado on Thursday with a few more inches of snow for the mountains and flurries for Denver and the eastern plains.  Highs will stay chilly in the low to mid-30s.

Mostly cloudy skies can be expected for Friday with highs remaining in the 30s.  Some light snow will again be possible for the mountains.  Another weak disturbance will move across Colorado Friday night and Saturday, bringing a chance for light snow and keeping temperatures chilly.

Finally, some milder air will return to the central Rockies early next week as temperatures bounce back into the 50s in the Denver area by Monday and Tuesday.

SNOW UPDATE: So far, we've only seen 16.5" of snow at Denver International Airport and that is about half normal at this point in the season.  In fact, we would need about 20 inches of snow before the end of February to hit our normals for the season.

In the mountains, the snow-pack is roughly at 70% of normal for the season, with the southern mountain areas in the worst shape. The recent storm is helping, but we could use several more good snowstorms!