Very hot weather to continue, with just a slight break 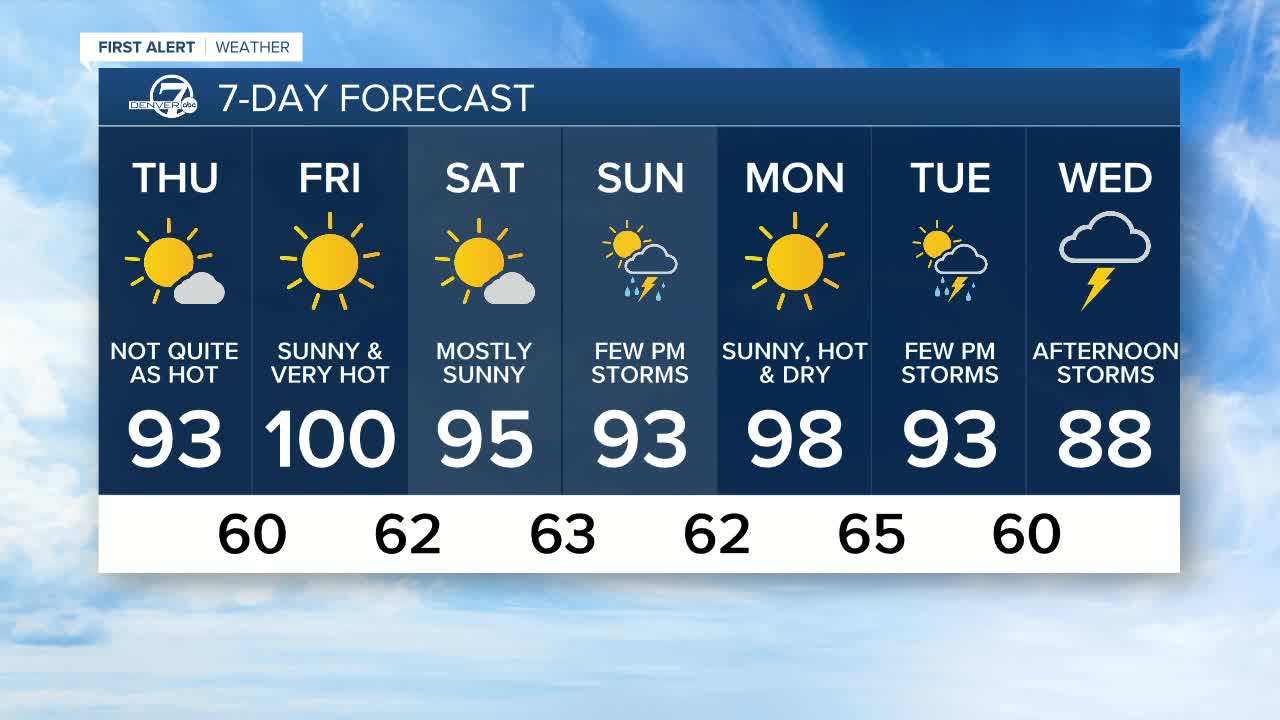 A weak cold front will slip across the eastern half of the state by early Thursday, bringing slightly cooler and more humid air into northeast Colorado. 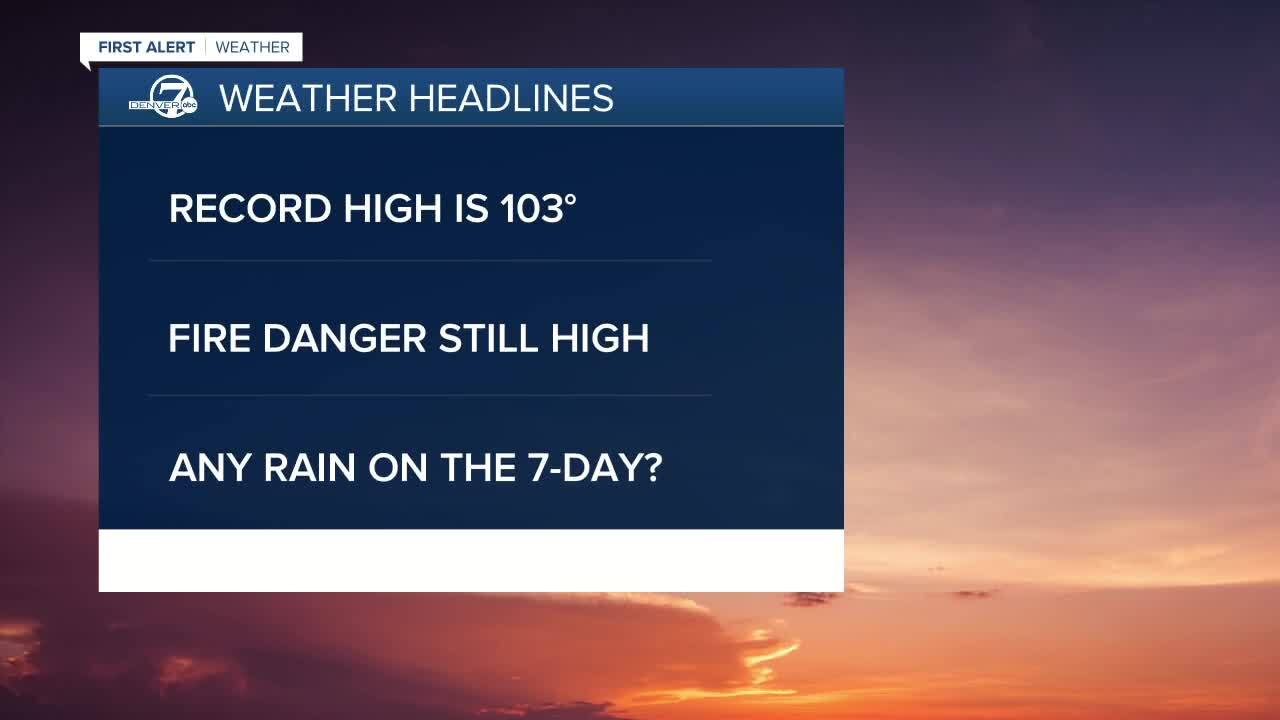 DENVER — Temperatures soared to the upper 90s again Wednesday afternoon in Denver, with some low 100s across the eastern plains.

A weak cold front will slip across the eastern half of the state by early Thursday, bringing slightly cooler and more humid air into northeast Colorado.

Some thunderstorms will rumble along the leading edge of the front over the far eastern plains. Low clouds will develop east of Denver early Thursday. Lows will be in the upper 50s to low 60s by daybreak.

Highs will top out in the mid to upper 90s over the northeastern corner of the state, with 70s and 80s in the mountains. Southeastern Colorado will reach the upper 90s and low 100s.

This minor front will help keep eastern Colorado slightly cooler for Thursday, and bring a better chance for thunderstorms in the afternoon. Highs will be in the lower 90s.

Hotter weather will return for Friday when temperatures will be closer to the record highs than the normal highs. Expect upper 90s to around 100 degrees across the Denver metro area.

The weather will stay hot through the weekend. The record highs are mostly in the low 100s and the predicted highs will be just shy of those numbers - mostly in the mid-to upper 90s.

Drought conditions continue to get worse across Colorado, especially in the southern portion of the state. In Baca and Prowers Counties in the southeast corner, soil conditions are now rated as "extreme drought."

Be very careful with any outdoor burning as fire danger is very high statewide.

There is some hope for another brief cooling trend by the middle of next week with a better chance for showers and thunderstorms.

Click here or below to watch the Denver7 live weather stream.