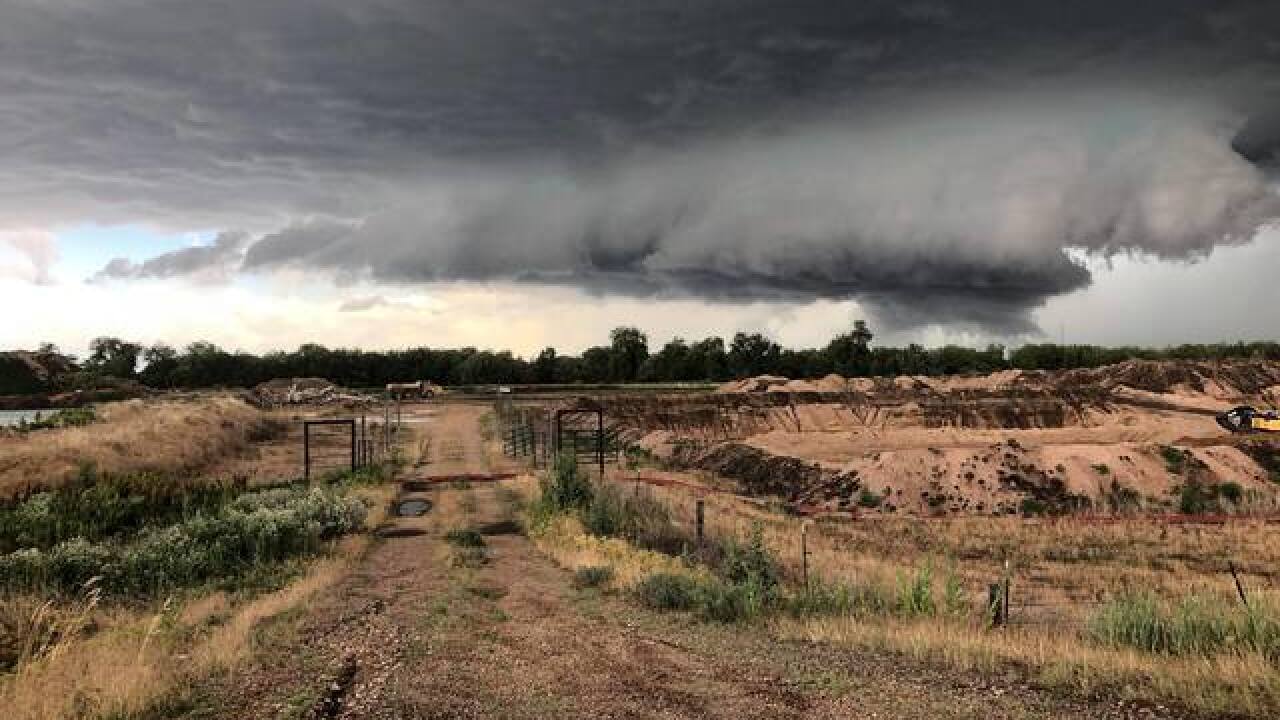 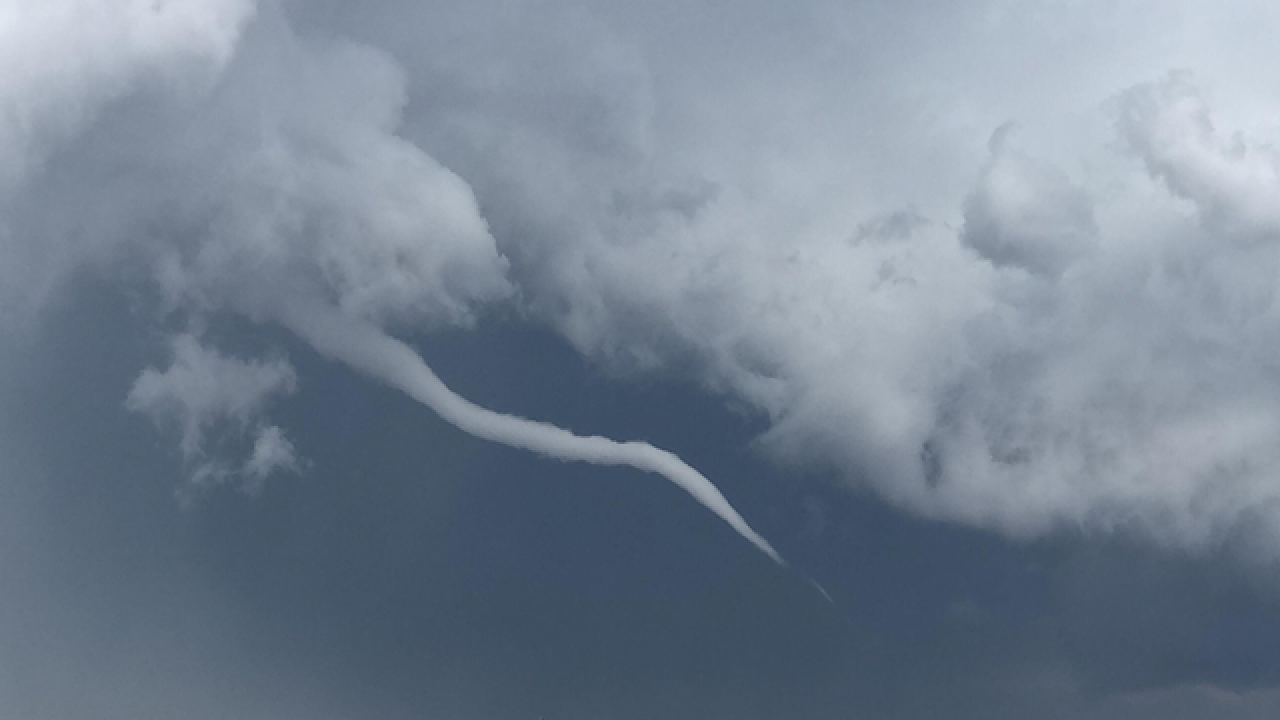 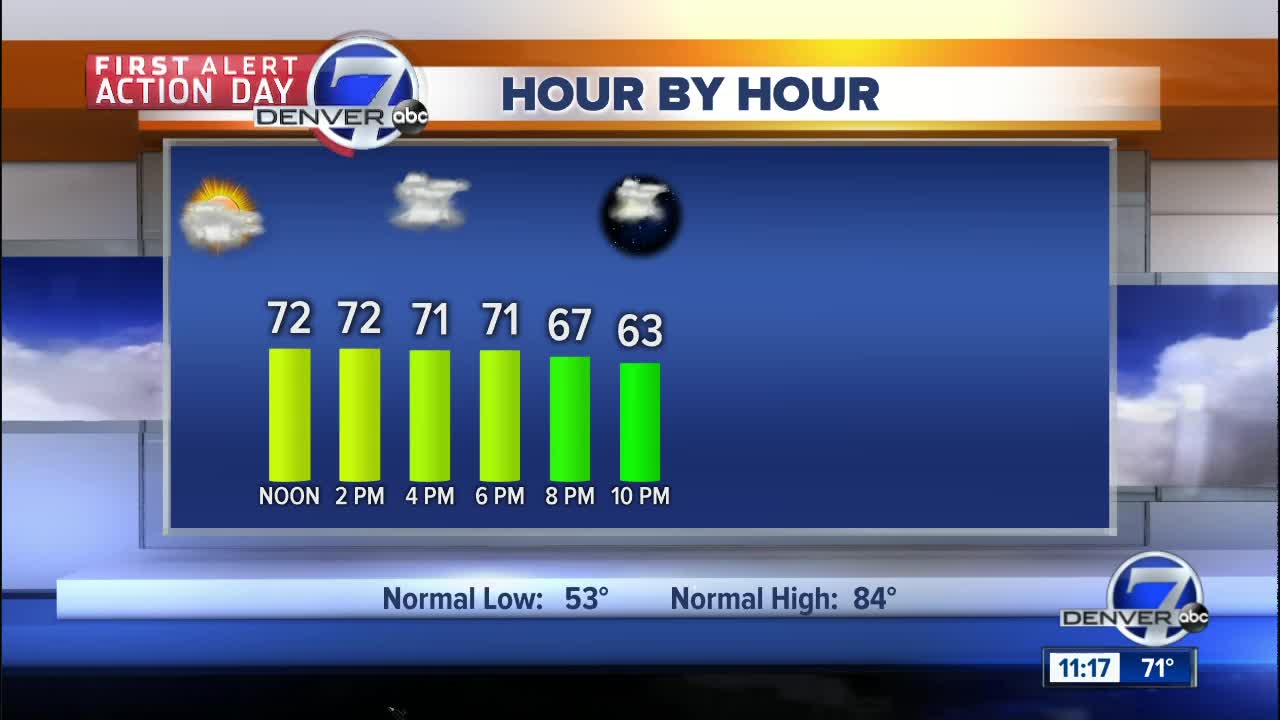 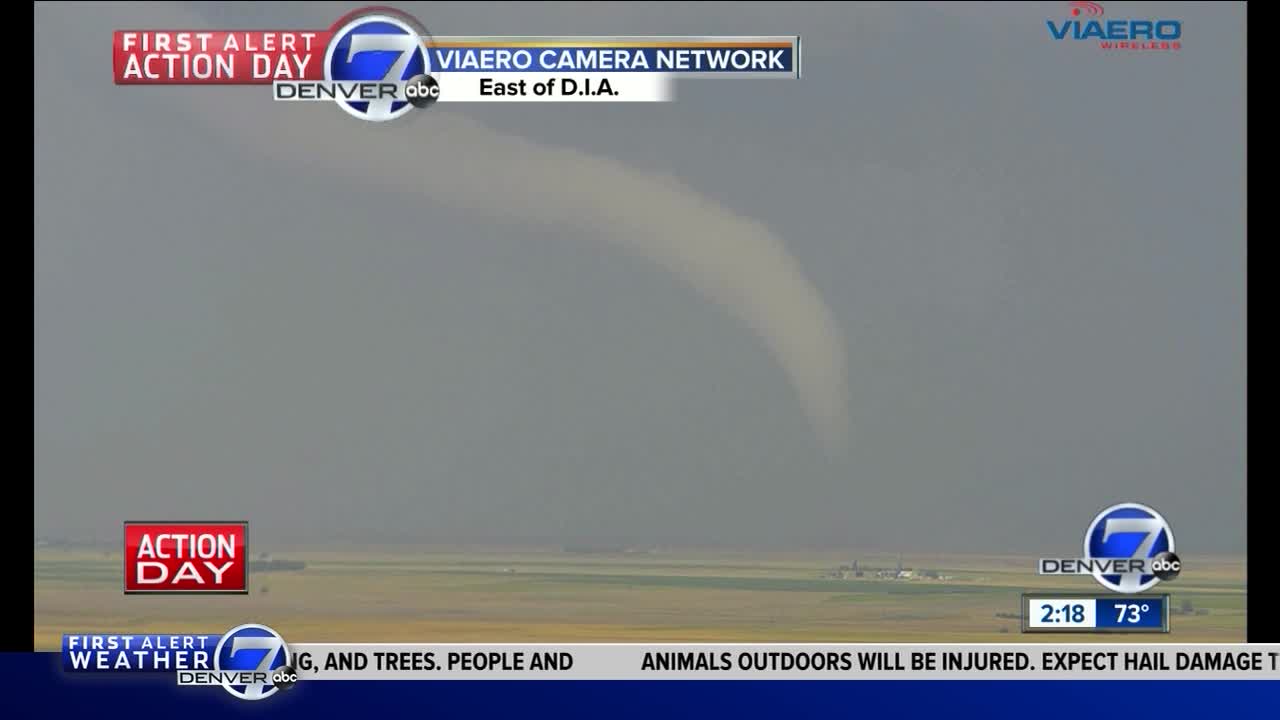 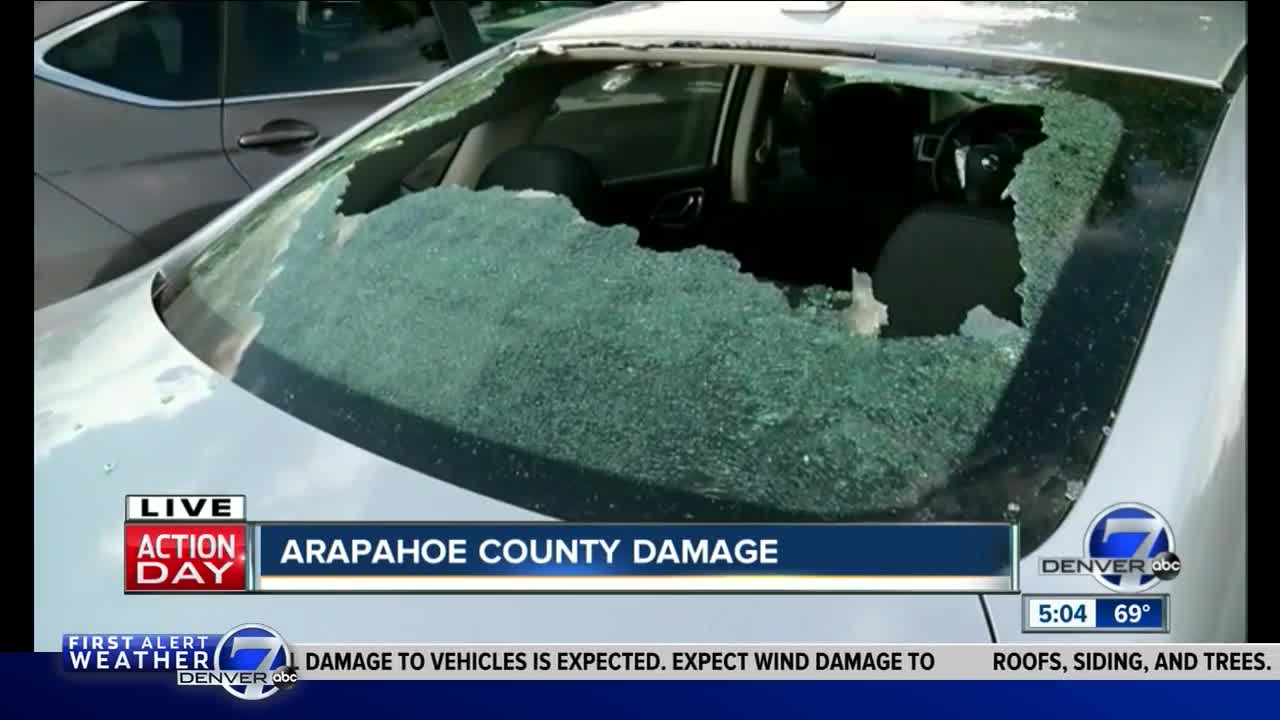 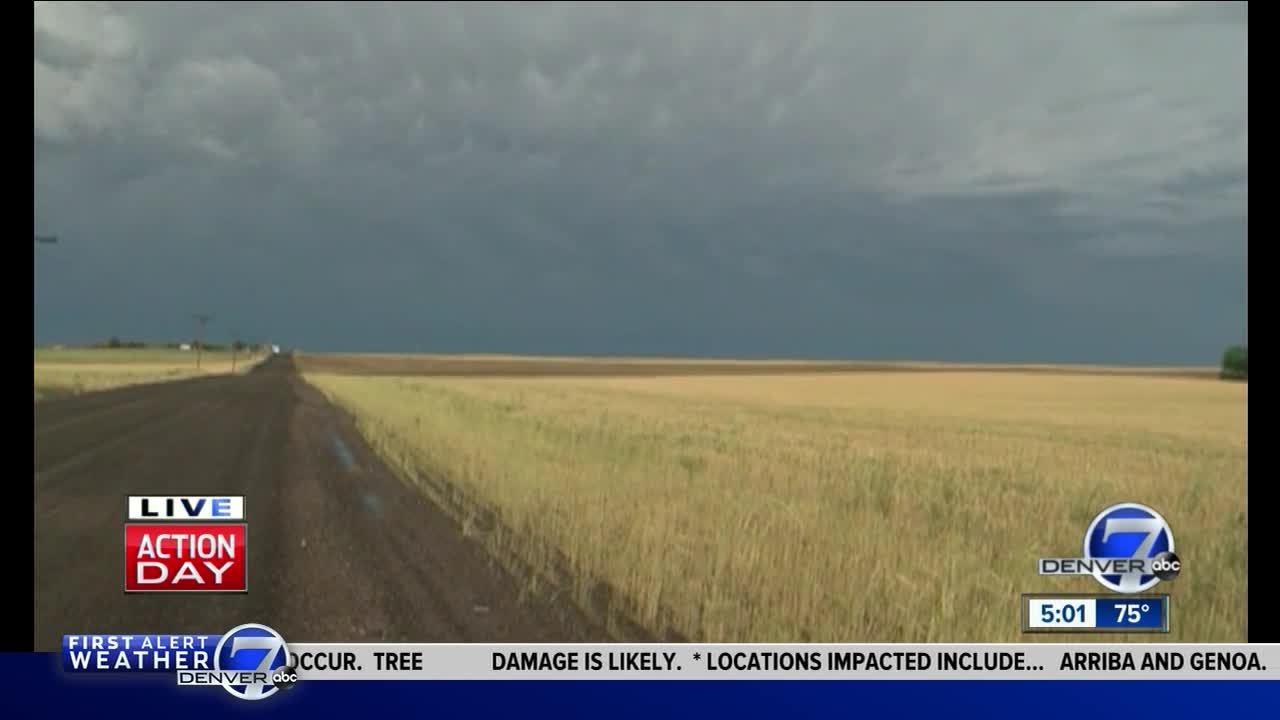 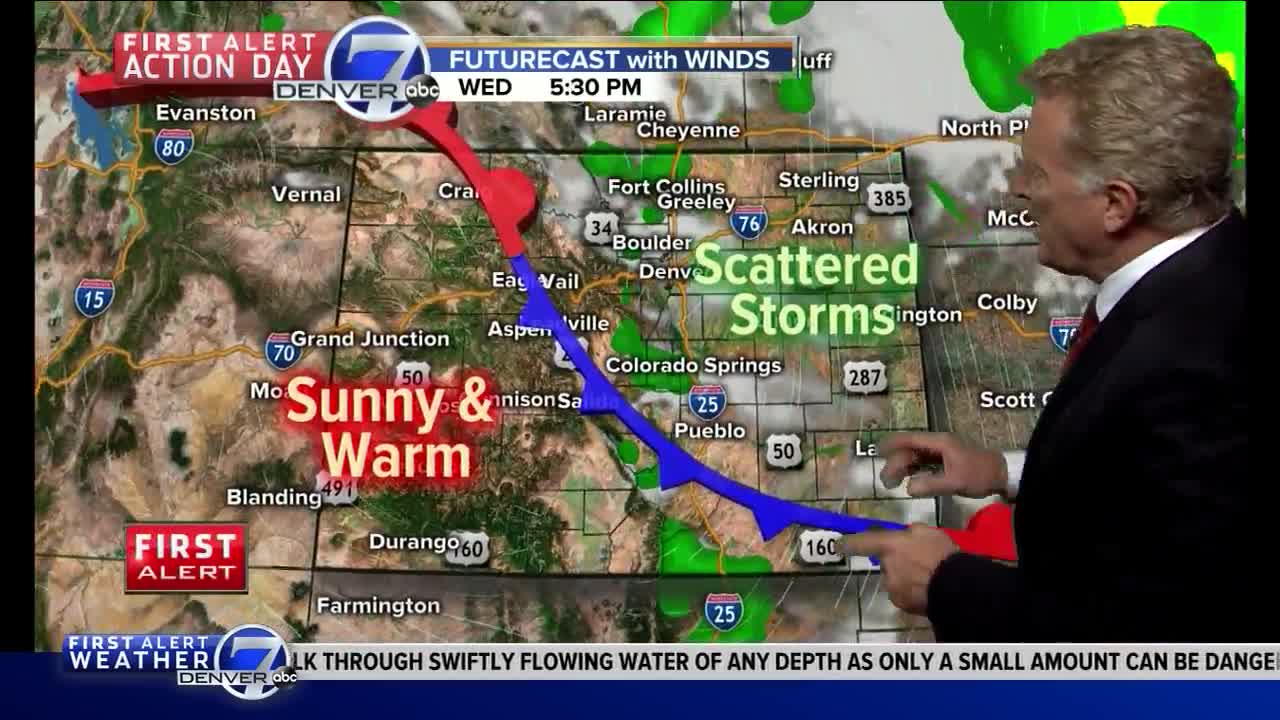 A short-lived tornado east of Denver International Airport was captured during Denver7's live coverage of the storm. No injuries or major damage has been reported from the brief twister near Prospect Valley.

Here is a rundown of some of the warnings:

5:24 p.m.: The NWS has issued a Tornado Warning for east central Lincoln County in east central Colorado until 5: 45 p.m.  A severe thunderstorm capable of producing a tornado was located over Arriba, or 10 miles west of Flagler, moving east at 35 mph. This storm has a history of severe winds and brief tornados.

3:41 p.m.: A Tornado Warning was issued for north central Elbert County until 4:30 p.m. A severe thunderstorm capable of producing a tornado was located 12 miles west of Agate, or 29 miles northwest of Limon, moving east at 20 mph.

3:20 p.m.: A Tornado Warning remains in effect until 3:30 p.m. for southwestern Goshen and North Central Laramie counties. A severe thunderstorm capable of producing a tornado was located 13 miles northeast of Whitaker, or 27 miles north of Cheyenne, moving east at 35 mph.

2:48 p.m.: The severe weather has passed through the metro area and is now hitting across the Eastern Plains. There is still a tornado warning in Weld County. The National Weather Service issued a Tornado Warning until 3:15 p.m. for that tornado. Spotters reported that tornado at 2:20 p.m. four miles southeast of Prospect Valley, or 32 miles southwest of Fort Morgan.

2:18 p.m.: Mike Nelson spotted a funnel cloud just south of Watkins, near Denver International Airport. The National Weather Service did not issue a Tornado Warning for that storm. Nelson saw a funnel cloud moving due east over fairly open areas.

The first Tornado Warning issued this afternoon, for Weld County, was allowed to expire at 2:15 p.m. Spotters reported a confirmed touchdown. Live pictures showed a lowering near Fort Morgan around 2 p.m. We do not yet have any damage reports.

Widely scattered thunderstorms will diminish across eastern Colorado overnight.  Areas of fog may develop early Wednesday, especially in the South Platte Valley northeast of Denver.  The fog should not be too thick and will burn off by 9 AM.

The rain chances will be lower Wednesday, with partly cloudy skies and more widely scattered storms that should remain below severe levels. Highs will be in the mid-to upper 70s.

Temperatures will climb back into the mid-80s on Thursday under mostly sunny skies.  Friday will be hot and dry with highs around 90 degrees.

A few thunderstorms will return to our Colorado skies on Saturday as a new weather disturbance begins to move into the central Rockies. Thunderstorms will become likely again - possibly severe - Sunday and next Monday.

Trust Denver7 and First Alert Weather for all the updates with this stormy weather pattern.