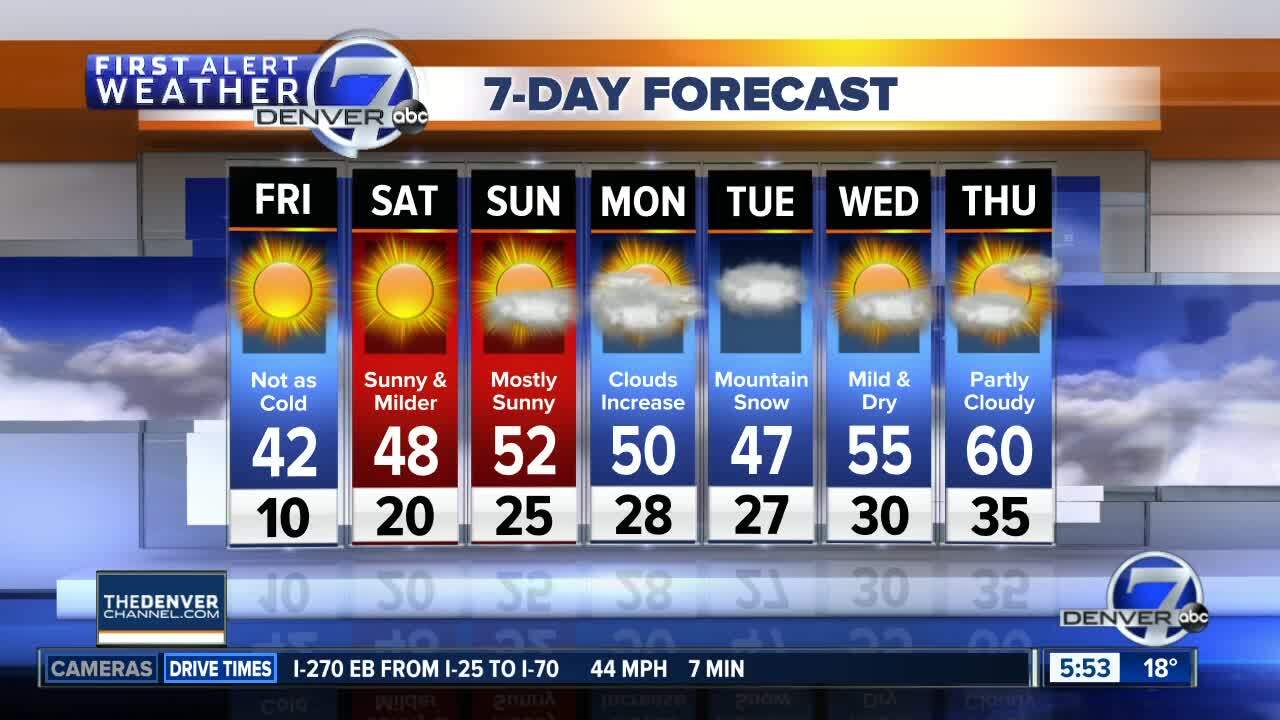 Copyright 2019 Scripps Media, Inc. All rights reserved. This material may not be published, broadcast, rewritten, or redistributed.
Denver7
A blizzard warning is in effect until midnight Thursday for areas including Denver, Aurora, Greeley and the south metro area. Blizzard warnings are also in effect for much of northeastern Colorado until noon Thursday. 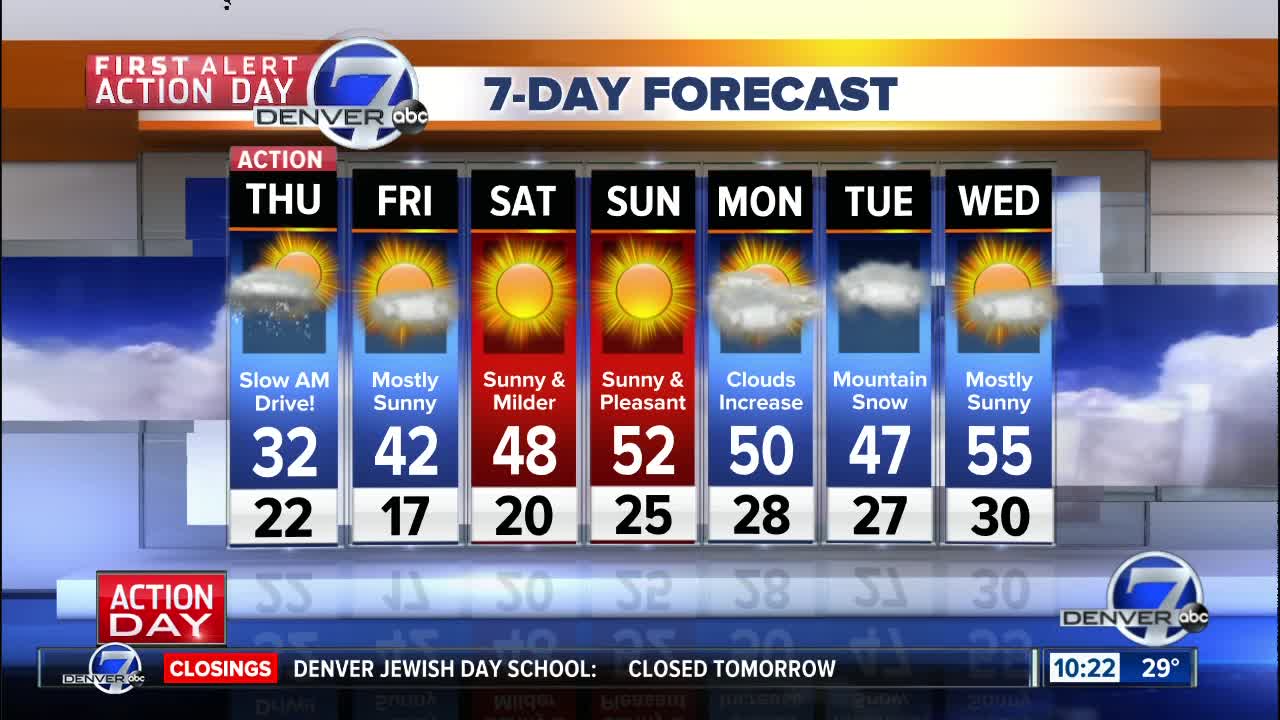 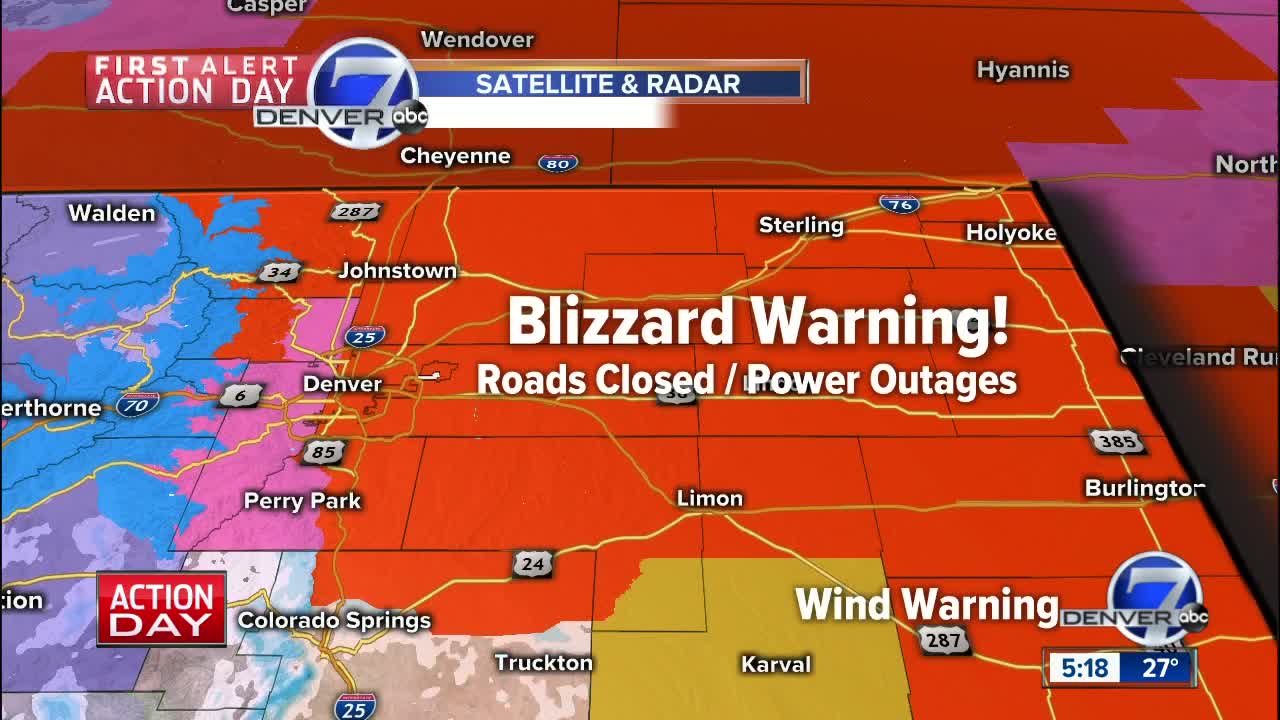 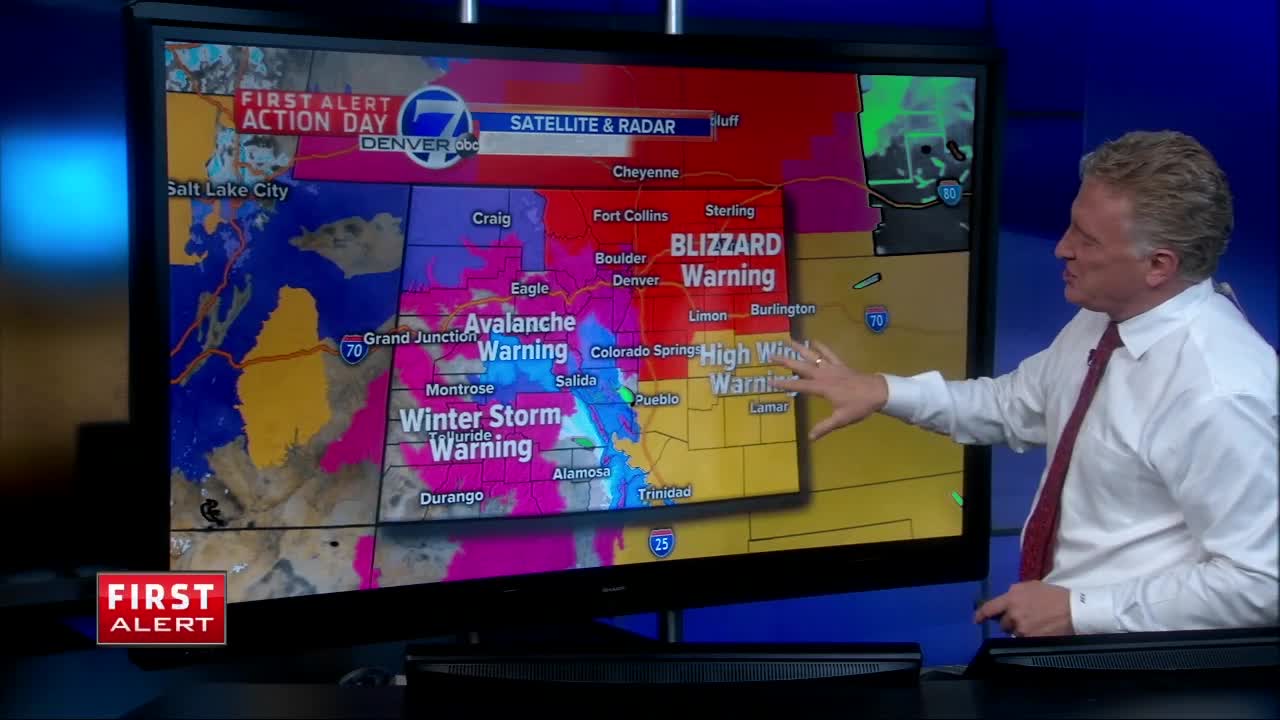 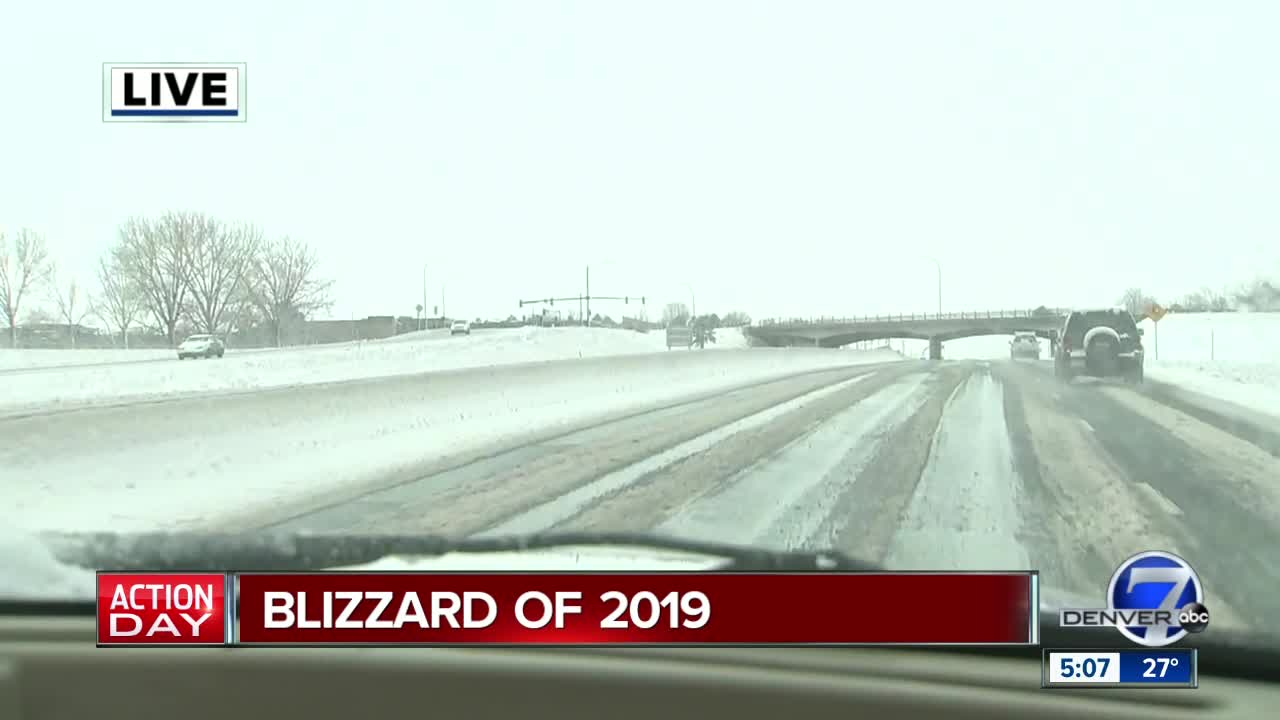 A blizzard warning is in effect until Noon Thursday for much of northeastern Colorado, the warning has been lifted for the Denver Metro area. Heavy snow, very strong winds and extreme blowing and drifting has closed roads and highways in the warned area. The heavy snow will gradually diminish over northeastern Colorado, but the strong winds will remain through the morning.

Between 4 and 8 inches of snow has accumulated in the Denver area, with 12 to 20 inches in the mountains and foothills west of I-25. Snow amounts are still piling up on the northeast plains with winds of 30-50 mph blowing it into big drifts several feet deep.

Avalanche danger remains a concern in the mountains and avalanche warnings are in effect for most of the high country.

Power outages have been common across eastern Colorado as the strong winds and snow cause transmission lines to swing, creating a phenomena called "galloping conductors." The swinging lines get close enough to each other to short out, causing the power to fail.

By morning, the storm will be well east of Colorado, but the problems will remain with numerous road closures across the northeast plains. Snow will diminish to flurries as the storm races toward the Great Lakes. Snow showers will diminish, but it will stay windy and cold. Highs will be in the 30s on the plains and 20s in the mountains. Winds will be gusty from the northwest at 20-30 mph.

Friday through the weekend, the weather will improve greatly with sunshine and milder weather. Conditions will be dry with a warming trend. Highs will reach the low 40s on Friday under sunny skies. Saturday and Sunday will be mostly sunny statewide with highs in the low 50s on the plains, upper 30s to low 40s in the mountains.

A minor storm will bring a chance for a few inches of snow to the mountains next Tuesday, but just clouds for Denver and the eastern plains.