Cooler start to the week, wetter finish for Denver!

Some RAIN in the extended forecast! 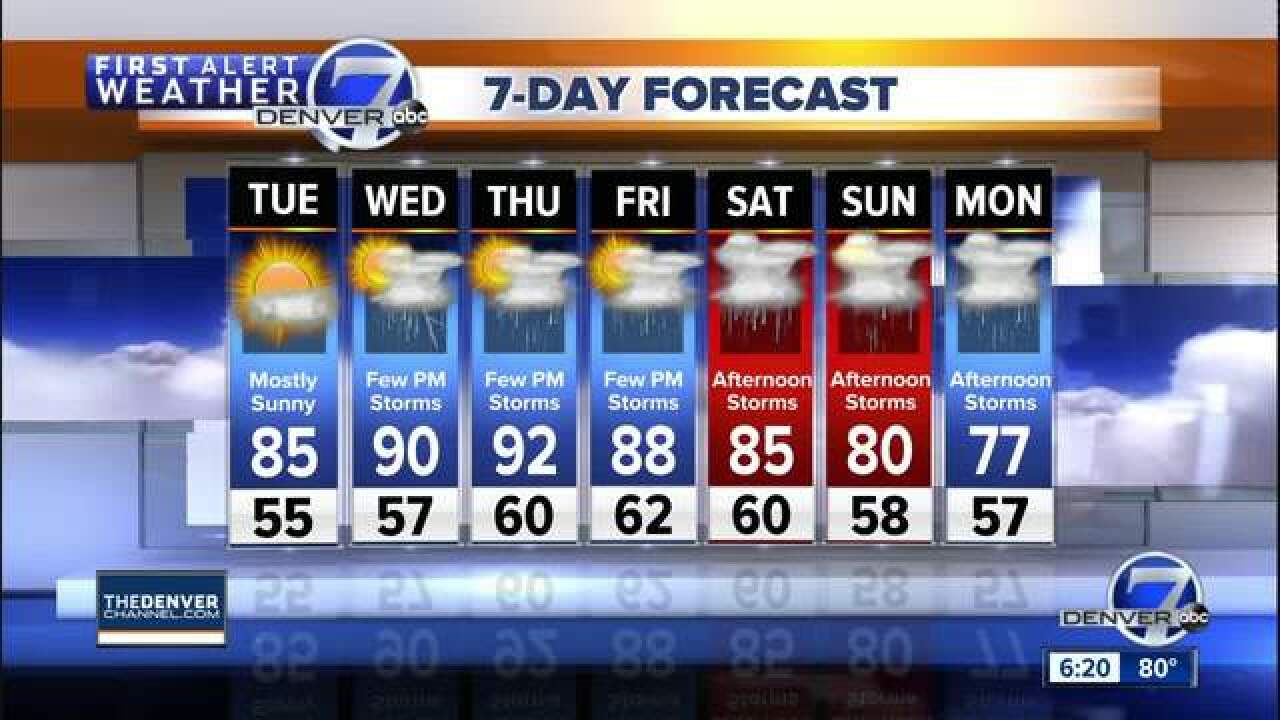 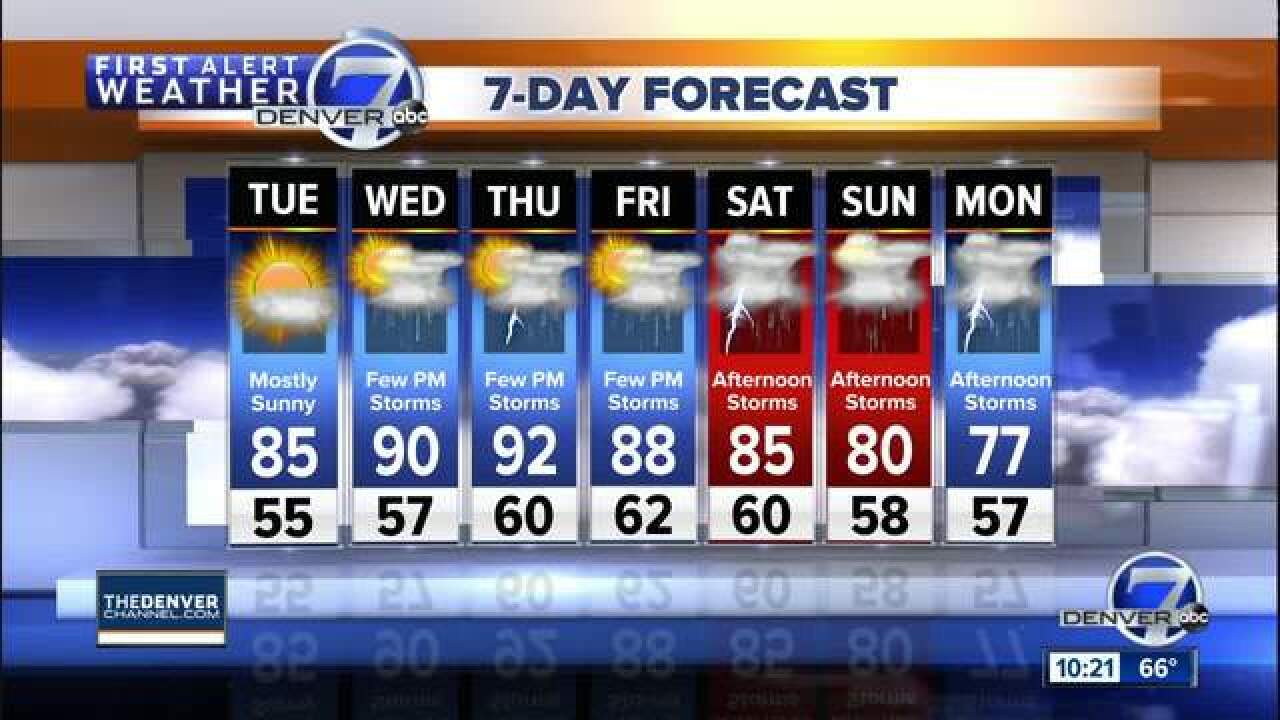 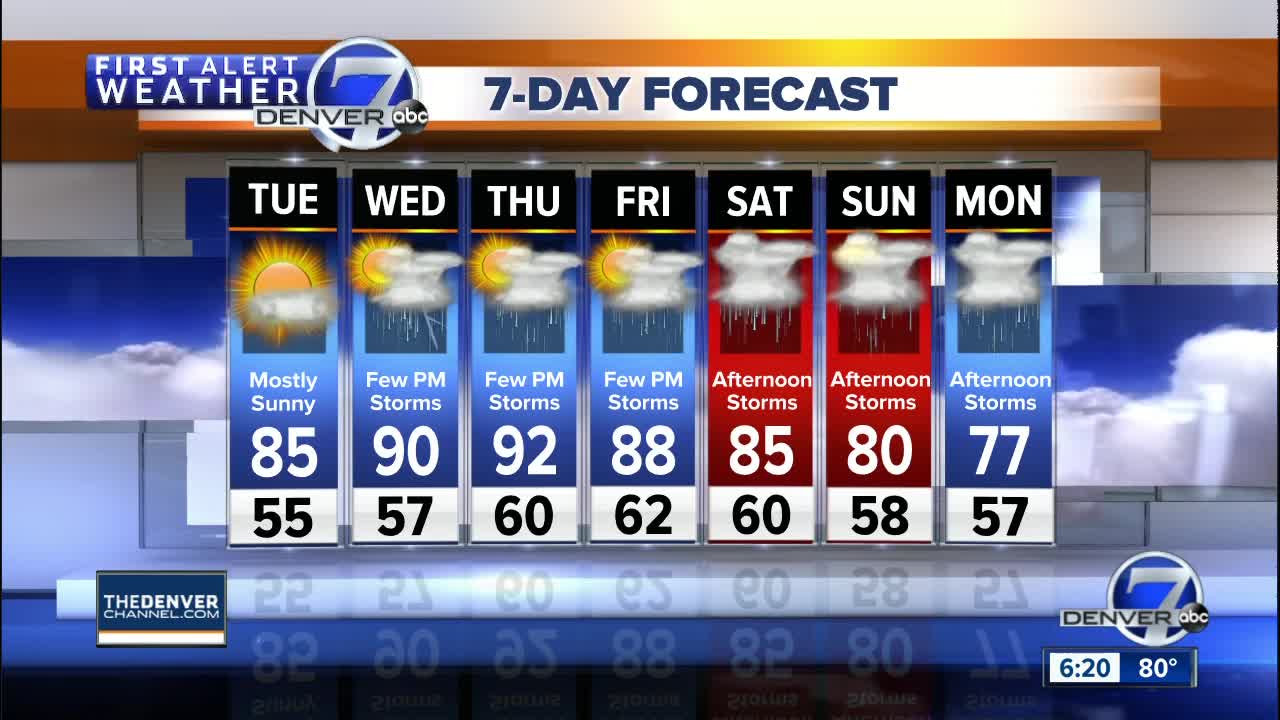 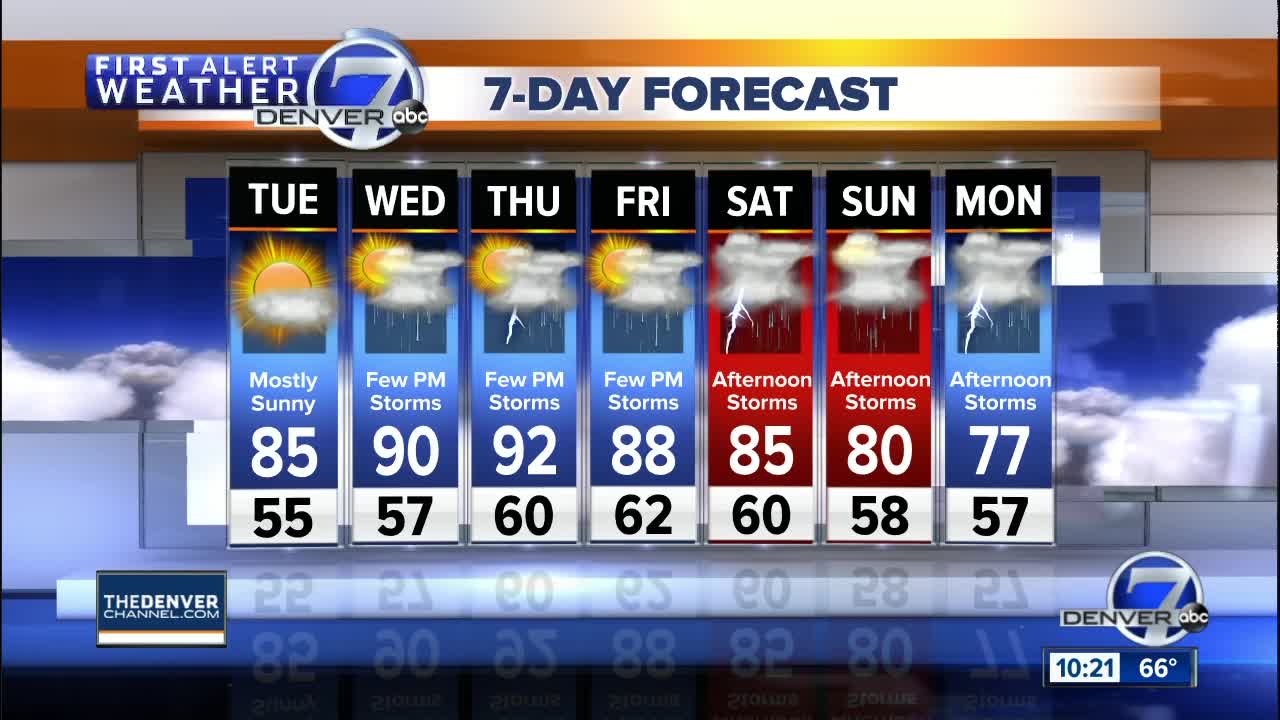 DENVER —Afternoon highs were near record levels all weekend (mid to upper 90s) around Denver.  A passing cold front brought relief from the heat, but no moisture to Colorado.

The front moved through early Monday and temperatures were much lower during the afternoon.  Highs in the Denver area were in the low 80s - close to normal for the second week of June.

The weather stayed dry statewide with hardly a cloud in the sky. Instead of clouds of moisture, clouds of smoke and areas of haze could be seen in the skies over Colorado - courtesy of the large fire burning in southwestern Colorado.

Isolated thunderstorms will be possible over the mountains and foothills Tuesday afternoon, but the rain chances will stay in the 20% range.  Most of the storms that develop will be high based and bring more wind and lightning than meaningful moisture.

More moisture will return to Colorado by Wednesday and Thursday with a good chance for showers and thunderstorms each afternoon. Our highs will also be back into the low 90s for the middle and end of the week.

There will be a shift in the weather pattern by the weekend!  The winds aloft will begin to blow into Colorado from the south-southwest and this will signal an early start to our annual "monsoon season". Tropical moisture will flow into the southwestern U.S. and move into Colorado starting this weekend.

The result of this weather shift will be a good chance for showers and thunderstorms each day from Saturday into next week.  These slow moving storms will bring plenty of rainfall - just what we need to ease the dryness and fire danger across the region!