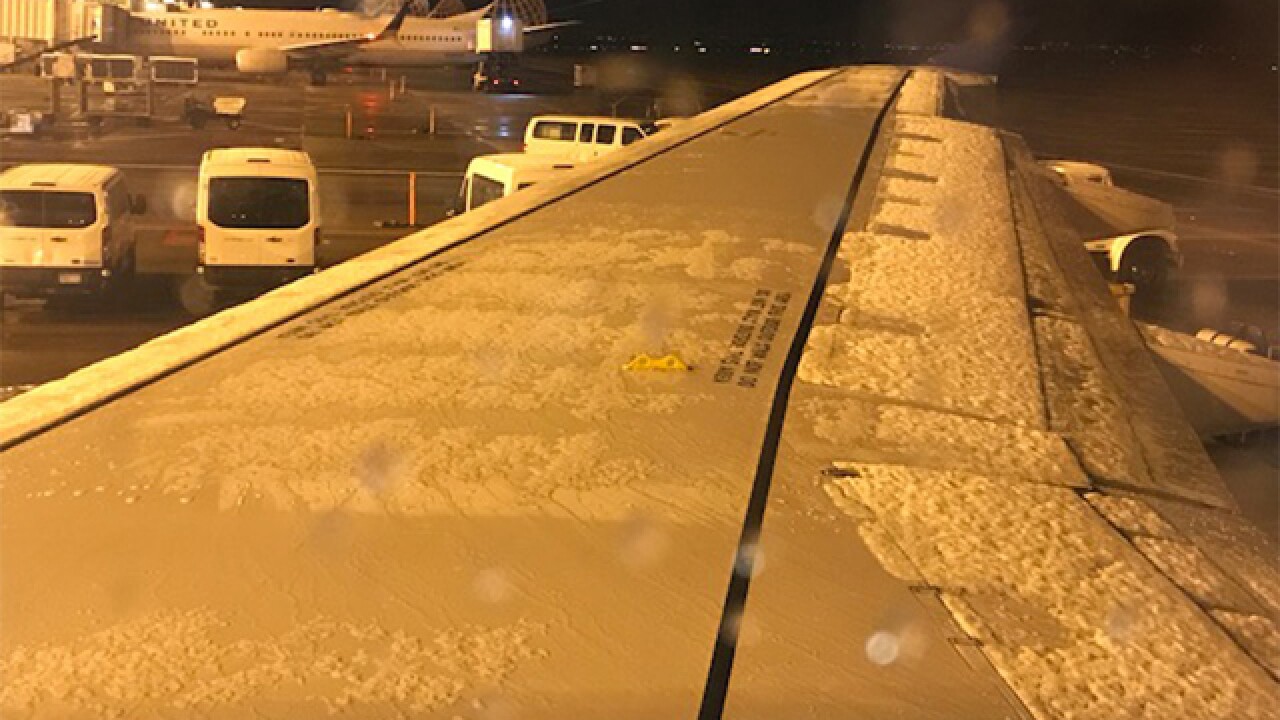 Copyright 2018 Scripps Media, Inc. All rights reserved. This material may not be published, broadcast, rewritten, or redistributed.
<p>A light dusting of snow can be seen in the wing of a plane at Denver International Airport in the early hours of Saturday, Oct. 6, 2018. The airport reported getting half-an-inch of snow, the first of the season. (Photo courtesy: Broncos Insider Troy Renck)</p>

DENVER – Because you probably missed it while sleeping, we have some news, Denver: We got the first snow of the season this Saturday — the earliest measurable snow since 2012, according to the National Weather Service.

The NWS in Boulder tweeted the first snow of the season occurred overnight for southern and far eastern parts of the Denver metro area.

One of those areas included Denver International Airport, the official weather station for the City of Denver, which received half an inch of snow overnight, according to the NWS.

It doesn't feel early it is early. Was throwing BP with temps in 80s earlier this week. Now there's snow at DIA this morning. Colorado fall at its finest. #Denver7 pic.twitter.com/5TJcLVhEQU

And here he is showing us the de-icing process that plans have to go through in order to properly function in the air:

The forecast calls for cooler temperatures all weekend in Denver with highs in the upper 50s to low 60s on Saturday and mostly cloudy skies, and just in the mid-50s on Sunday with some chances of rain.

In the mountains, temperatures will be in the upper 30s to middle 40s, with a mix of rain and snow in the valleys and snow above 10,000 feet.

Depending on the track of the storm, there could be some rain and snow mixed in Denver Tuesday morning. Monday and Tuesday will be quite chilly, with morning lows in the 30s and highs in the 50s.