Colorado weather in-depth: What kinds of tornadoes do we see and how do we spot them?

When is Colorado's tornado season? What different kinds of tornadoes do we see, and how can we spot them? Denver7 Chief Meteorologist Mike Nelson gives an in-depth explanation – from how tornadoes form in the clouds to storm-chasing advice.
Posted: 5:05 PM, May 27, 2022 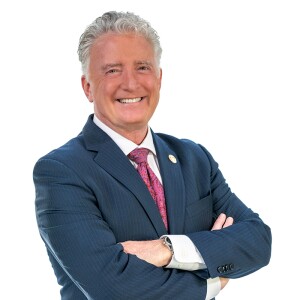 Jake Schories
A video screengrab shows an image of a lightning strike during the June 2021 Platteville tornado.

We’re on the western edge of Tornado Alley

For the central United States, we're seeing with climate change that we're actually getting more tornadoes now forming in Kentucky, Tennessee, Alabama, Georgia. But traditionally, that region has been known as Tornado Alley. Warm, moist air feeds up from the south, cool, dry air comes down from the Northwest, and they collide. And that forces the air to rise, you get a lot of thunderstorms that build here.

Now, if we didn't have this warm, dry air coming off of the plateau – the higher terrain in New Mexico and down in Arizona – we'd probably get a lot of thunderstorms to develop earlier in the day. But what happens is this warm air here rises up and at about 10,000 to 15,000 feet up in the sky, it forms a layer of warmer air that we call a “cap.” If you think about it, if you have a bottle of soda, you take the cap off, put your thumb on the top of that and shake it up. Your thumb is the cap when you release the cap. The whole thing blows up into a really big mess. When you finally break through the cap, then these thunderstorms just explode and develop very rapidly. And that's where we see the storms that can get all the way up into the jetstream and form really severe thunderstorms and tornadoes.

We get about 45 to 50 tornadoes a year here in Colorado. Texas tends to get about 150. But we're right on the western edge of Tornado Alley.

How to see a severe storm coming

When you look at clouds that are building, the big cumulus clouds, look at the shape of them. If they're kind of fuzzy looking, that means the updraft isn't all that strong. But if they're very crisp, like cauliflower, that means that that air is exploding high up into the storm at a very violent or rapid rate. And it's that crisp cloud that means a very strong updraft that can produce severe thunderstorms.

So how do these things form in the first place?

Thunderstorms develop because we get an updraft, it'd be like hot air hot air balloon rises, that rises up, the air begins to expand, it cools, it condenses the moisture, then that starts to drop back down as rain. So you get cooler air coming back down (downdraft), while updraft is warmer air.

If you get an explosive thunderstorm, it gets up high enough to the jet stream. That jet stream going up here creates wind shear, and that's what starts to make that entire thunderstorm begin to spin. And that is when you get a severe thunderstorm. Now you get the cool air coming down. And that's condensing into forms a lowering that rotates called the wall cloud. And from that descends the funnel cloud. A funnel cloud is a tornado that has not reached the ground. So if you hear us say, “there's been a funnel cloud sighted,” that means we have not seen it get down to the ground. But then if you get to where you have debris and spinning on the ground, you'd have a tornado.

So I may sometimes talk and say, “Radar has indicated a tornado.” What that means is we're using the Doppler radar, which not only can see the precipitation but it also can see if it's moving quickly toward the radar, or away from it. A good analogy to explain Doppler is think about how a race car sounds – as the race car is approaching you, the sound waves are kind of bunching up because it's coming towards you, then as it goes by the sound waves are spreading out and the pitch drops. So we can tell with microwave energy radar signals, whether raindrops and hailstones are quickly moving toward the radar or away from it.

So storm-based warnings are very important. We have big counties in Colorado: Weld County, Larimer County, Adams, Arapahoe, they're great big counties. If we issue a tornado warning for all of Weld County, that's many, many square miles that are being warned for a storm that covers a much smaller area. So this is what we do:

Instead of issuing a warning for a whole county, we issue just for the little polygon that we think the storm is going to stay in. So that's an important thing to remember – get the storm-based, or the polygon, warnings.

We have different kinds of tornadoes in Colorado, not just the classic big ones, like a supercell tornado, but we'd have smaller ones that are called landspout tornadoes, and that's a weak tornado that doesn't last for long and generally doesn't cause much damage.

What is a landspout tornado?

And we also have something called a gustnado, which is sort of like when a boat is going along in the water, and it makes a big turn and swirls out an eddy of water around it. If we have a big thunderstorm that's kind of blowing out a big gust of wind, it scoops up some dust, some of that gets caught back into the updraft of a new thunderstorm. And you'll get a spinning column of air. But it's not really like a classic tornado, we probably would not warn for it, we just say that we've seen some gustnados or a few short live landspouts.

And here's why they happen:

Because we don't have that much humidity compared to other parts of the country (which makes our weather really nice in the summertime), very often we will get bands of thunderstorms to kind of pop up and they go through a lifecycle of their updraft, their condensation, their precipitation, their downdraft and they'll kind of die away. Well, when they do that the downdraft hits the ground and fans out in all directions. And so you get to areas of thunderstorms that then produce what we call a boundary or a gust front, that's a gust of air coming out from these thunderstorms. And they can oftentimes collide and form a new area of thunderstorms. So when that rotation when that air kind of comes together, it's drawn up into the updraft, and very often a landspout tornado will actually be bigger on the bottom than it is on the top.

How we rate tornadoes

We rate tornadoes with the EF scale, or the “Enhanced Fujita” scale. An EF-0 or EF-1 is a weak tornado causing a little bit of damage, knocking down some branches, maybe some shingles off the roof.

When you get up to an EF-2, that's getting to be a pretty strong tornado with winds of 111 to 135 mph and that will cause roof damage, blow out windows and really wreck up trees.

An EF-3, which is what the famous Windsor tornado of 2015 was, will take roofs off houses, do a lot of damage on buildings, blow all the windows out of cars or flip them over. Those are winds of 136 to 165 mph.

An EF-4 is a violent tornado with winds up to 200 miles per hour.

The EF-5. That's the finger of God from Twister and that caused incredible damage. Fortunately, only a few tornadoes a year, if that many anywhere in the country, become EF-5s. Sometimes you call them a mother ship. It looks like something from perhaps the movie Independence Day. And they come in different flavors. An LP Supercell is a low precipitation supercell that produces some large hail not necessarily out of heavy rain. And an HP supercell is a high-precipitation supercell, very dangerous because they carry large hail, heavy rain and maybe a tornado. So you don't like to chase these because they can be very dangerous storms.

If you storm chase, a couple of things:

Number one, don't do it unless you know what you're doing. The National Weather Service actually has classes that people can take and learn how to do this. Don't just grab your phone and go out there not knowing how to do this because it can be very, very dangerous.

The best way to approach a severe thunderstorm is from a more southern angle that keeps you out of the heaviest precipitation on the north side of the storm.

Make sure you have a good road system that can get in and out and away from the storm.

But, again, I really urge you not to storm chase unless you have taken classes you know what you're doing.