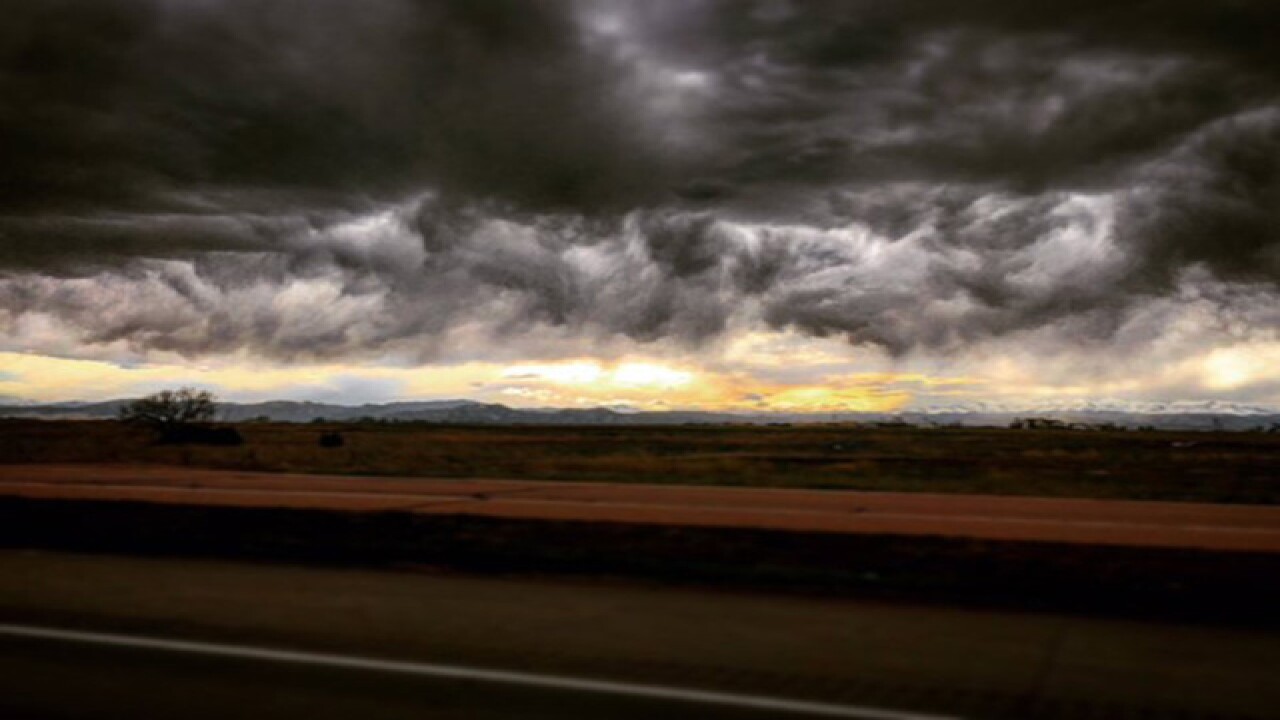 Cities across Colorado are preparing for the latest storm system this weekend, which is expected to bring wet, heavy snow.

RELATED: Winter storm warning in effect for most of Colorado

The State's Emergency Operations Center opened Friday to begin coordinating resources for communities that could be hit hard by the storm.

Spokeswoman Micki Trost said that the Ops Center will be at Level III. That means that in addition to the Homeland Security and Emergency Operations staff, representatives from the Colorado Department of Transportation, the Red Cross and even the Colorado National Guard will be on hand to help coordinate.

"We already have verbal authority from the Governor to activate the National Guard," Trost said, "to assist in getting large trucks out and getting out guard members to get people off the highway when they're stranded."

Trost added that because the Red Cross is there, they'll be able to activate shelters from stranded motorists.

CDOT spokeswoman Amy Ford said there are two things to remember about this storm.

"If you're planning on driving to the mountains, we want people to remember that 'chain law' and 'passenger traction' laws will very likely be in effect, so check your tires and make sure your cars are read to go," Ford said.

"In instances where it starts getting to about 1/2 inch to an inch and hour, that's going to be a challenge for our trucks to keep up with that volume... so you might see some road closures starting to happen."

Meteorologists on Xcel's staff are continuing to monitor the weather. Earlier this week the utility company decided to call in mutual aid. About 90 crews from outside the service area will be available to help, including employees from the Western Slope, Kansas and Oklahoma. 350 crews are on standby as the storm moves in.

Xcel Energy offers the following tips for anyone impacted by the storm:

So how are cities across the metro area prepping for the storm?

The City of Denver is ready to clear roads as soon as snow begins to accumulate. The department of public works will focus on the city's main streets first. Here's a break down of how they will tackle the snow over the weekend:

The city's public works department is geared up for the 2015/16 winter season, incorporating some significant changes to its snow and ice control program. The city preparedness includes:

You can view Littleton's snow route priority map below (via City of Littleton/Twitter):

The City of Wheat Ridge is preparing for the coming winter storm by coordinating with the Police Department, local fire agencies, Parks and Recreation, Public Works and Xcel Energy. The city is asking residents to keeip a close eye on their social media accounts for the latest developments as the storm moves through.

The city offers the following tips:

CDOT is canceling the next two runs of its Bustang service along the Interstate 70 Corridor between Denver and Glenwood Springs due to weather and current and potential road closures of the highway over the next 24 to 48 hours.

Bustang service for the remainder of the weekend is "to be determined" based on road and weather conditions. The other line that could be impacted is the late Sunday afternoon run from Union Station to Fort Collins.

Tony Hahn of the Swingle Tree Company said the heavy wet snow could take a toll on evergreen trees and shrubs and on flowering fruit trees, like crab apples and blossoming pears.

"They're loaded with flowers and they're just going to collect the snow," he said.

Hahn said the best way to protect trees and shrubs from damage is to prune them regularly.

He said if you haven't had a chance to do so, you may want to go out periodically during the storm and shake the snow off the branches.

"You can use a pole pruner, or a long paint stick and just reach up and shake it off," Hahn said. "If you have a rope with a sand-filled ball, you can throw the rope up in the tree and see if you can get it high enough and then pull on the rope."

He said spraying water is also an option, but "be careful of ice."

The tree expert said if you see tree damage in your yard after the storm, watch out for downed wires.

"First and foremost, be concerned about wires," he said. "Any wire whatsoever, be it phone or cable, has to be considered energized, because it could be touching an energized wire."

Hahn said the same thing applies to a metal fence.

Miscellaneous events being affected by the storm:

Prairie View High School's prom night is now happening on April 30 due to the weather. The 27J School District in Brighton Colorado tweeted the information at around noon. Prairie View is located at 12909 East 120th Avenue in Henderson.

Highland High School's promo for Saturday, April 16, was also moved due to the storm. It will now be held on April 22 at the Ft. Collins Senior Center from 8 p.m. - 11 p.m. After-prom celebrations will still be at Fly High Trampoline Park. That's information coming from the Weld RE9 School District.

Grandview High School's prom has been postponed to May 21.

Gateway High School's prom for Saturday, April 16, at the Denver Aquarium was also canceled Saturday, an official with the Aurora Public Schools District announced late morning. The school is working to reschedule the prom at a later date.

Abraham Lincoln High School's prom for Saturday, April 16, was also postponed. No information about when the prom will be rescheduled or where it will be taking place, was released.

All Denver Public Schools events after 2 p.m. were canceled Saturday due to weather.