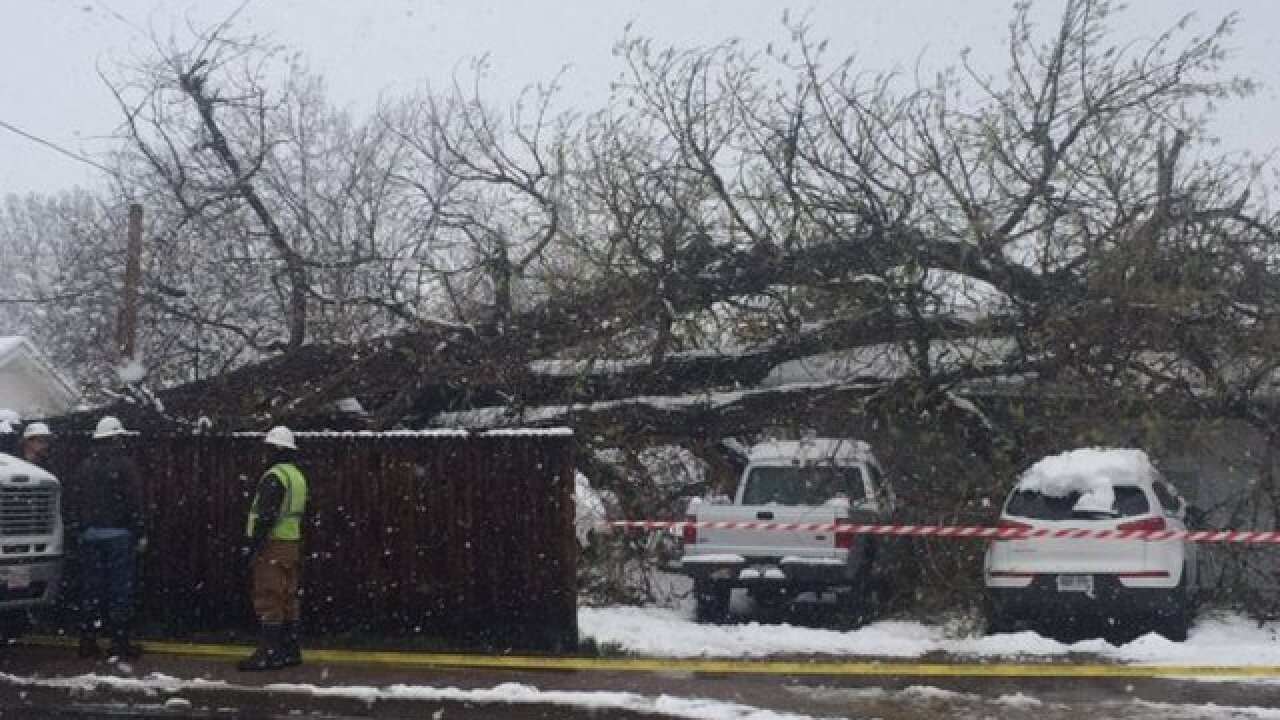 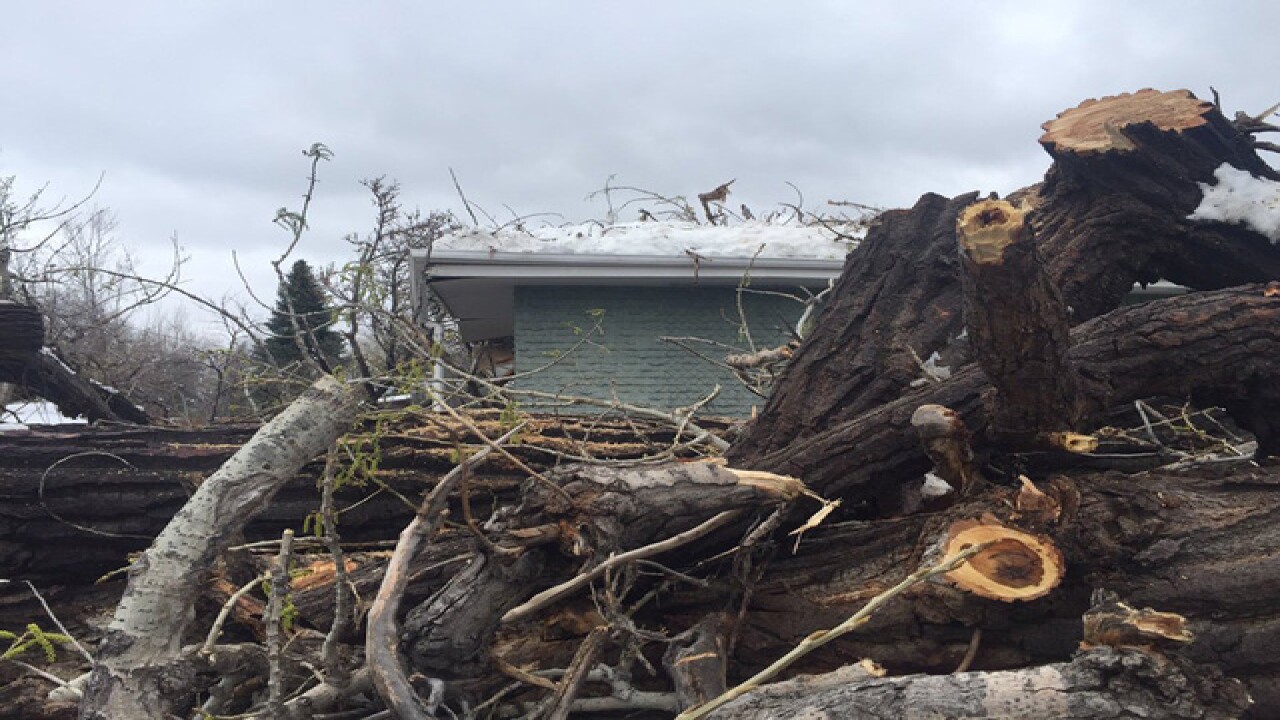 The weekend snow ended in some costly repercussions for some people around Denver.

In Lakewood, a century-old tree fell on top of a home on Sunday, leaving damage to the home’s garage and several cars parked nearby.

This huge tree fell on this home in Lakewood. Excel Energy out here- looks like it also hit a power line. pic.twitter.com/XbQGixzXly

“I think all the moisture got down to the roots and the winds probably loosened it up,” said Foster Albey, who lives in the home with his ex-wife.

He said she and his dog were inside when the tree fell. He was outside and fortunately no one was injured. “I’m just lucky I wasn’t under it when it fell,” Albey said.

He added they have insurance for the home and the cars underneath that were damaged, including his daughter’s car, who is in Ireland on vacation.

“She doesn’t know her car's been hit,” he said.

A handful of other cars were damaged in Aurora after two carports at an apartment complex collapsed from the snow that gathered on the roof.

Here's another collapse from snow- at least 2 carports at an Aurora apt. complex. No word if anyone hurt. pic.twitter.com/tT4bUho8z7

Denver7 was not able to confirm any injuries from the carport collapse at the time of publication.

Albey doesn’t know how long it will be before he’s allowed back in, as crews work to remove the tree and restore power.