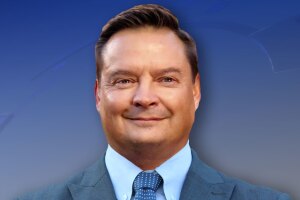 Troy joined Denver7 as its Broncos insider and sportscaster in July 2016 after several years in the Denver market. He leads the station’s NFL coverage and is lead anchor for Denver7 Sunday Sports shows.

Before moving to television, Troy worked at the Denver Post from 2002 through 2016. He served as the Rockies' beat writer and added National Major League Baseball reporter to his duties in 2005. He joined The Post’s Broncos beat in 2014 and took over as the lead reporter during the team’s Super Bowl season in 2015.

In 2016, Troy was awarded the 2016 Top Breaking News award in the 175,000 and over circulation category of the Associated Press Sports Editors 2016 contest. The award was issued for coverage of Peyton Manning's retirement.

Troy is a past president of the local chapter of the Baseball Writers Association of America and has won more than 25 local and national writing awards since graduating from the University of Colorado journalism school with honors in 1993.

After covering CU athletics for the Colorado Daily for three years, he served as the sports editor of Today's Daily News in Lake Havasu City for one year, followed by a two-year stint at The Yuma Daily Sun from 1994 through 1996. He then returned to Colorado to work as a columnist and reporter at The Daily Times-Call in Longmont, where he began covering the Rockies and Broncos from 1996 until 2000. Troy spent seven months as a national NFL columnist for Broadband sports, before joining MLB.com as the Rockies' beat reporter for one season in 2001.

Troy grew up playing golf, basketball and baseball, and his hobbies include listening to alternative music and eating Chewy Sprees. He is married to Leahann and the couple have two boys, Dagin and Brady.