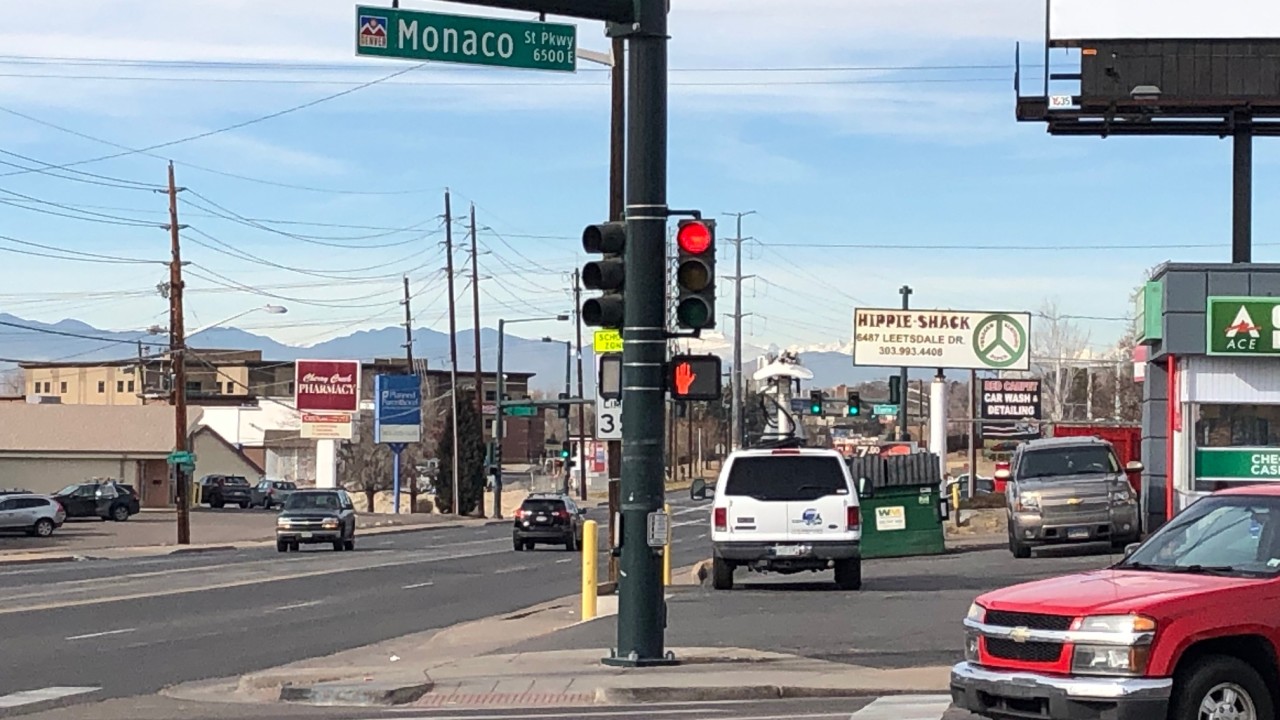 Two University of Colorado Denver grad students have set their sights on the intersection of Leetsdale Drive and South Monaco. 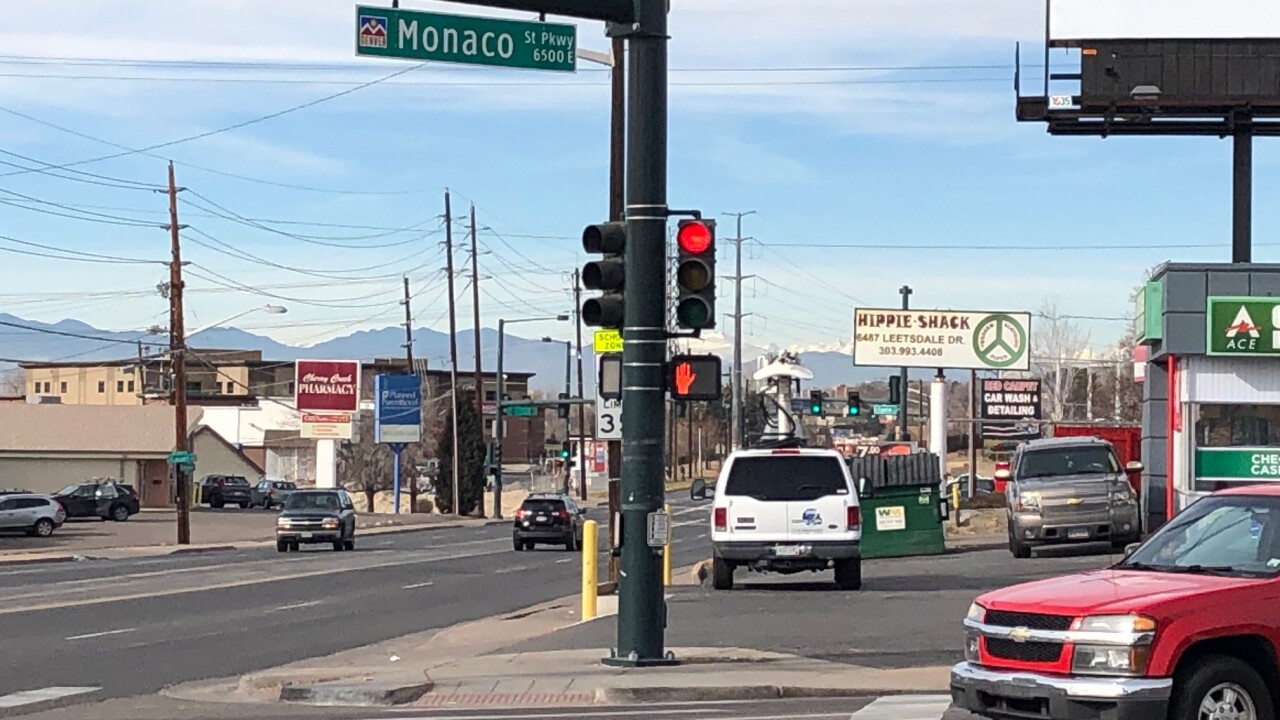 DENVER -- Two grad students at the University of Colorado Denver are trying to make the intersection of Leetsdale Drive and South Monaco much safer for students at George Washington High school.

"It's chaos," Jeannine Godwin said. "It's a challenging place to be."

"Yesterday, someone almost got hit right there," he told Denver7, while pointing to the intersection of Monaco and Exposition. "It was a red light, and then it turned green and (the driver) just zoomed. (The pedestrian) almost got hit, but he dodged it."

Godwin, who lives in the neighborhood, and fellow grad student applicant Lily Lizarraga, applied for a competitive grant, which they hope they can use to make Leetsdale, "less challenging."

"How we design our streets," Godwin said, "how wide the lanes are, really speaks to who we want to welcome in them. If you look at a street like Leetsdale, or Monaco, they're very wide. They're pretty straight and fast."

She said drivers "embrace" the fast driving mentality on those streets.

Godwin notes that the speed limit on Leetsdale, near Monaco, is 35 mph, "but we've done speed tests and have seen speeds up to 50 mph... It's really a fast, unsafe place to be, if you're not in a car."

Godwin notes that Leetsdale Drive is part of Denver's "High Injury Network," one of 27 streets that account for 50 percent of pedestrian fatalities. It has seen its share of auto-pedestrian crashes, some of them fatal.

It's not just inattentive drivers that are an issue. Pedestrians, who aren't paying attention, are also a problem.
One driver reached out to Denver7 to talk about her close call.

"I almost hit a student in front of GW," she said, "because he casually walked in front of a row of cars when we had a green light. I didn't see him, since I was in the far left lane. As I accelerated, he appeared out of nowhere, I slammed on the brakes, his soccer ball hit my windshield. He didn't seem bothered by this very close call, he just kept on walking to join his friends across the street."

That driver said she was rattled.

"Pedestrians need to pay attention too," she said.

They're offering the $50,000 grant to the individual, or group, that comes up with the best idea to improve community safety.

Godwin and Lizarraga applied for the grant together, and learned recently that they are among 23 national finalists.

Part of the grant competition involves social media. Godwin told Denver7 they created and tweeted a video about their efforts.

"In November, as part of a sustainable transportation course, Lily and I came out to George Washington and talked to students as they got out of school," she said.

The grad students added that they gave out fliers with information about fatality rates at different speeds.

"Most of the cars in this corridor are going more than 40 mph," she said. "There's actually a 9 out of 10 chance that a student will be killed if they're struck by a vehicle at that speed."

Godwin said the grant will be decided on the project's merit and in part, based on social media engagement and community buzz.

If you'd like to help them in this competition, you can retweet the video below.

Please Retweet!!!! We need your help! We are finalists in a great opportunity to improve road safety surrounding George Washington High School here in Denver, Colorado! Please help us win 50K through the #FundMyStreets grant through @Zendrive!! @MajesticCollab @rightlegpegged pic.twitter.com/htQ6U7LsTE

Godwin said decreasing speeds along the thoroughfare would be important, as would increased enforcement.

"I've seen far more ambulances than I have police cars," she said, "so there's definitely a lot of accidents happening, but not a lot of enforcement."

She said if she and Lizarraga win the grant, they'd work with the City Planning Department, Public Works and Denver Police "to just really choose the best place to put the money into effect."

She said, "there would certainly be some engineering factors, maybe installing pedestrian activated crosswalk lights that would flash when students cross, and there would just be better awareness."

Godwin said their effort to make the sidewalks and crosswalks safer for students aligns with Denver's "Vision Zero" program, which has a laudable goal of eliminating traffic fatalities in the Mile High City by the year 2030.

When asked about increased enforcement, specifically if he'd mind seeing photo radar vans near his school, Caul replied, "We shouldn't have to have them for people to drive safely." He paused and then added, "I feel like they should be over here just for a little while. If things simmer down, they can go back to normal."

The grant winners will be announced in late January.