Semi overturns on eastbound I-70 to northbound I-25, delays expected in the area 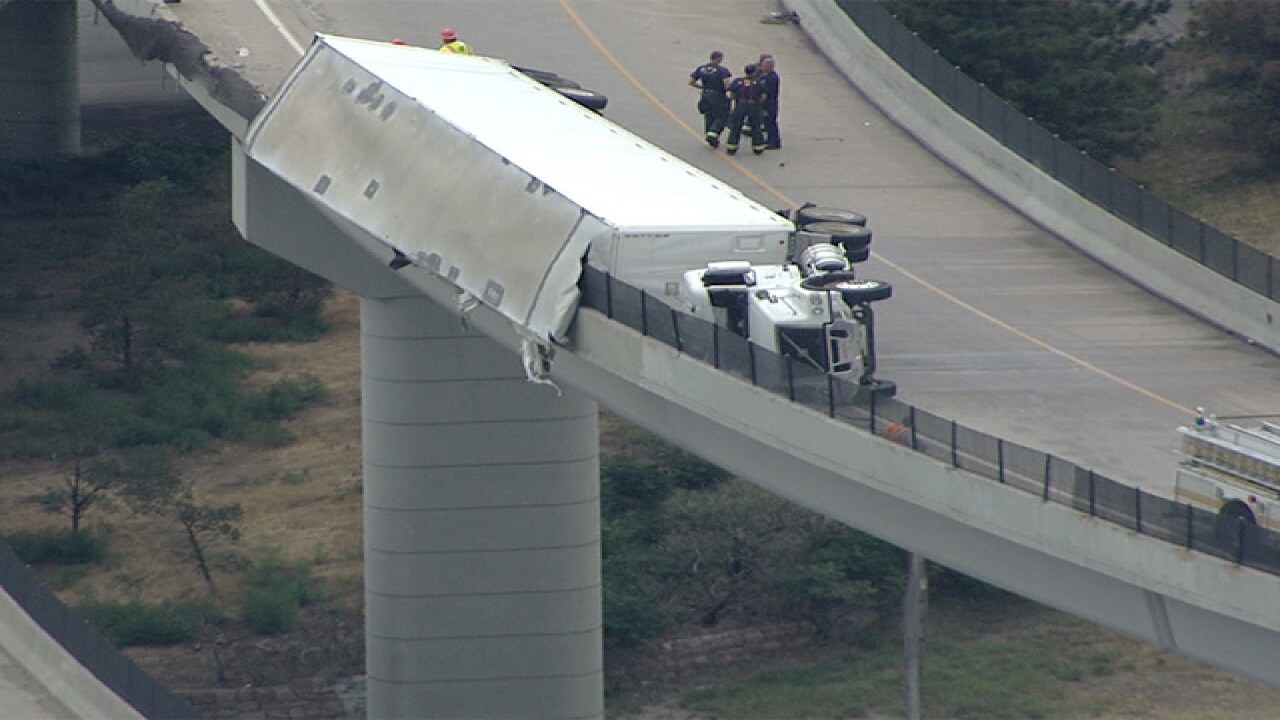 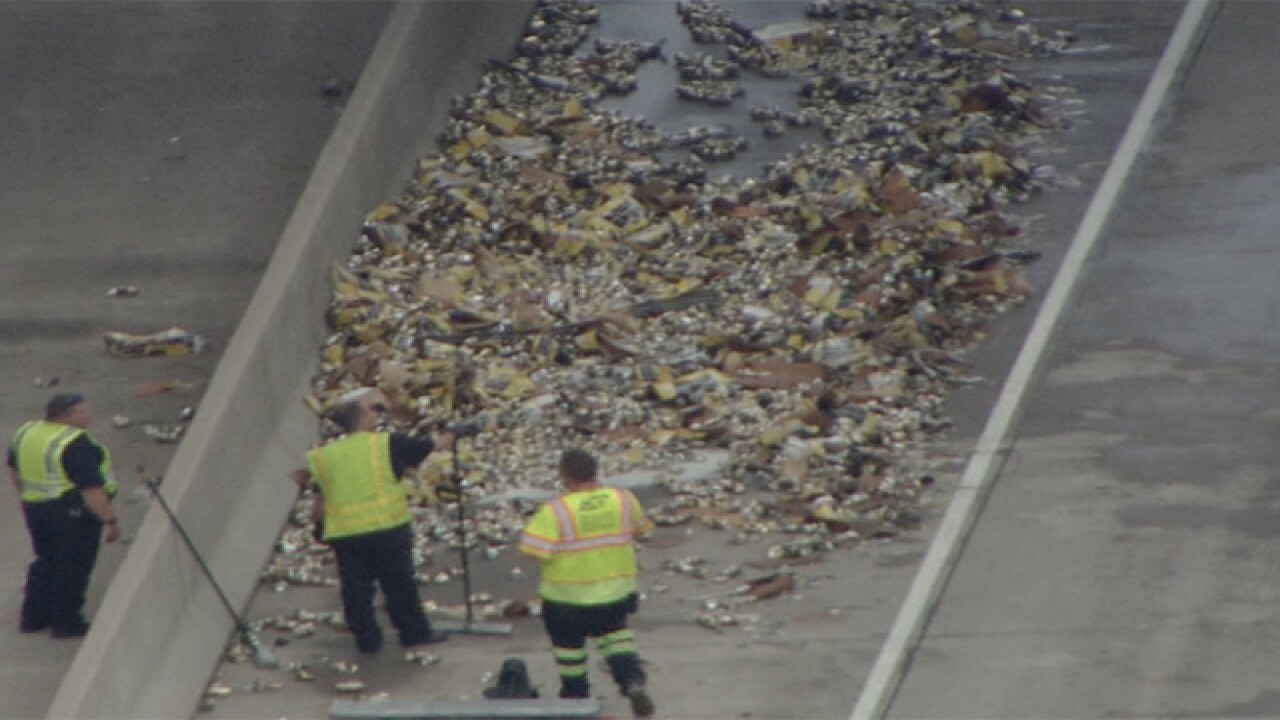 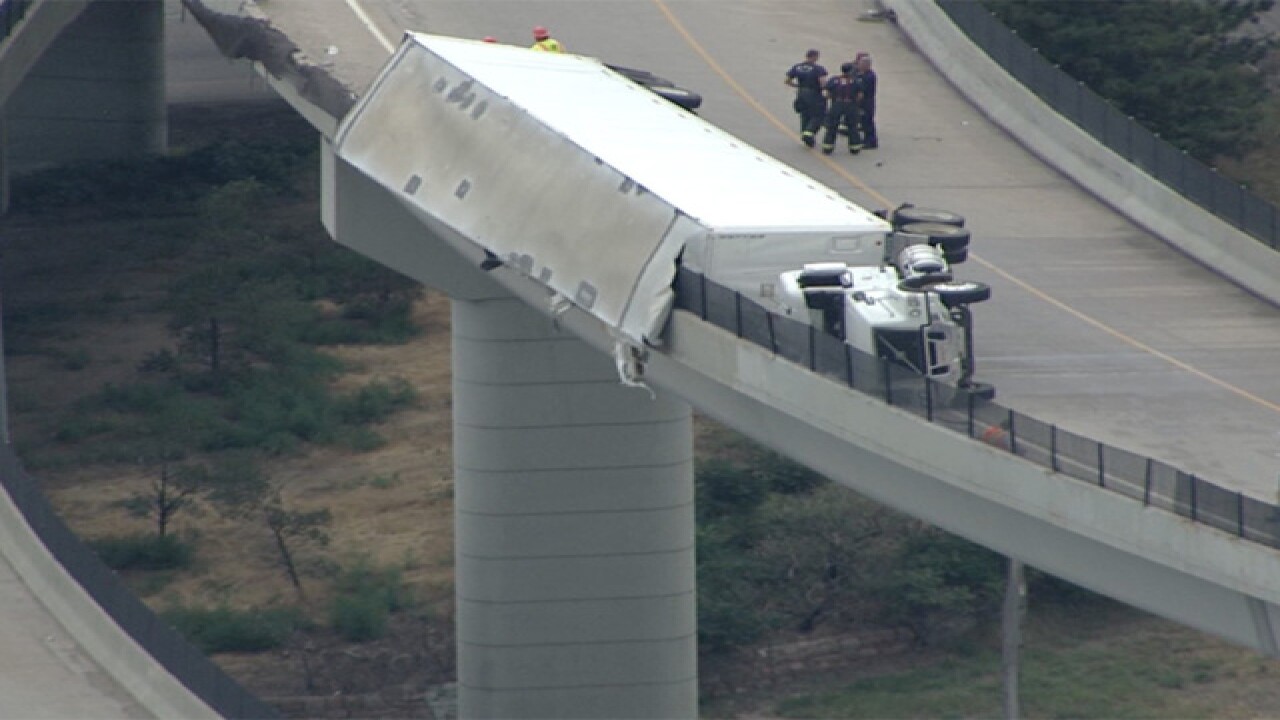 Eastbound I-70 was closed at NB I-25 well into Wednesday evening as officials tried to clean up the debris left by the crash. There were no injuries reported from this crash.

AirTracker7 flew over the scene of the crash where the truck was spotted on its side on a bridge several feet above the ground. Crews were also spotted on scene cleaning up the debris.

As of Wednesday evening, that section of the highway remained closed.