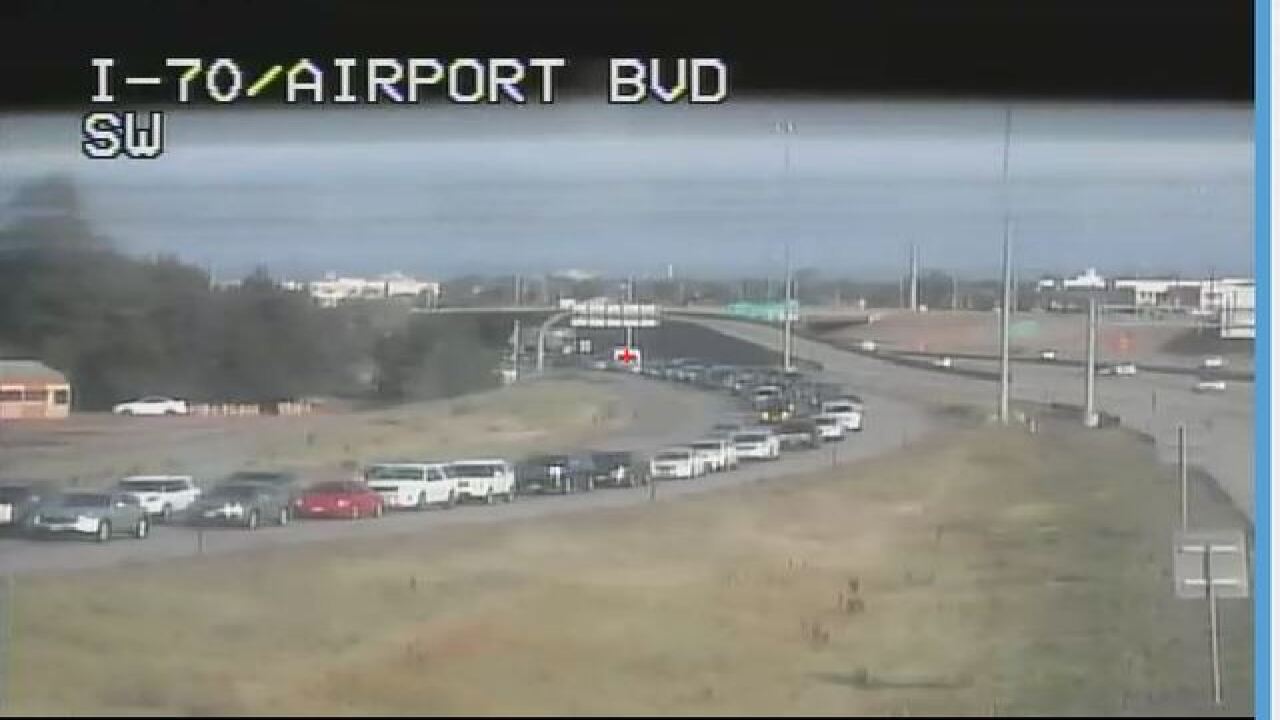 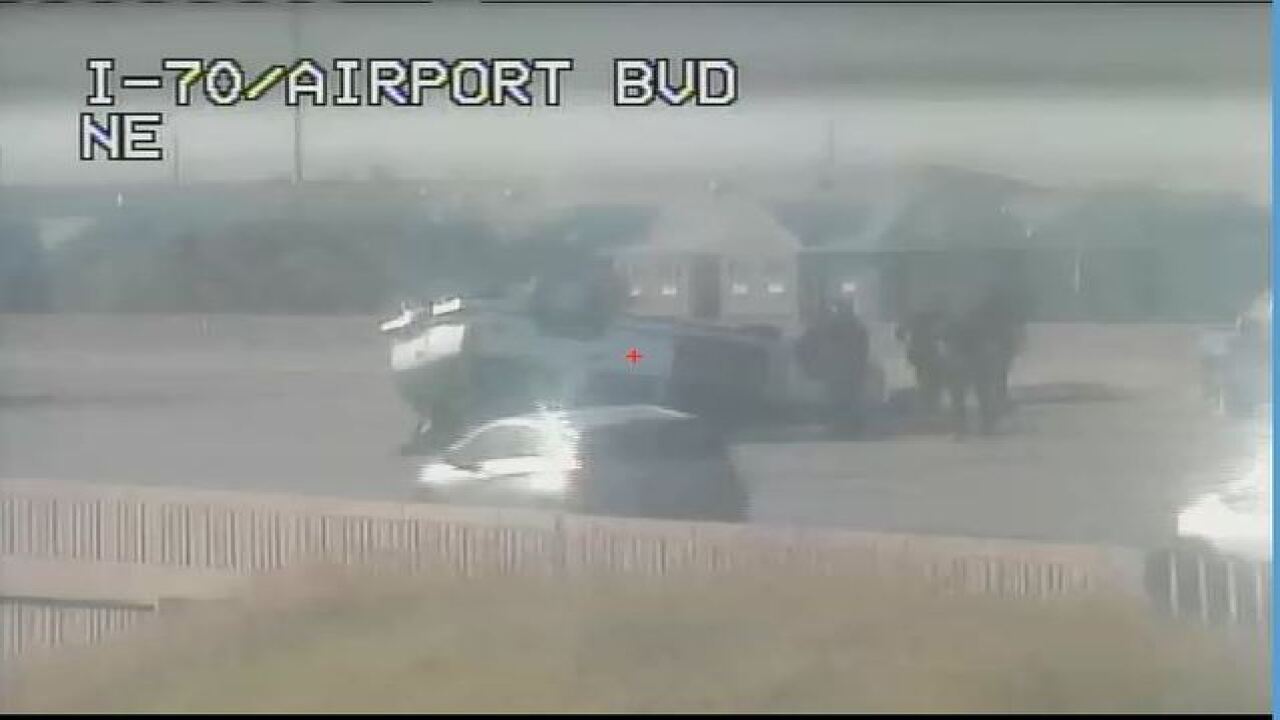 Drivers trying to get to Denver International Airport were delayed early Sunday by a crash on the ramp from eastbound Interstate 70 to Pena Boulevard.

The airport first warned travelers in a tweet around 7:20 a.m.

Due to a vehicle accident at I-70 and Pena inbound Pena Boulevard is shut down while officers clear the accident. Expect delays.

Minutes later the Colorado Department of Transportation tweeted that the right lane was blocked.

A traffic camera in the area showed one lane of traffic getting around the rollover.

This is a developing story; refresh for updates.