Multiple crashes close I-25 and I-70 in Denver 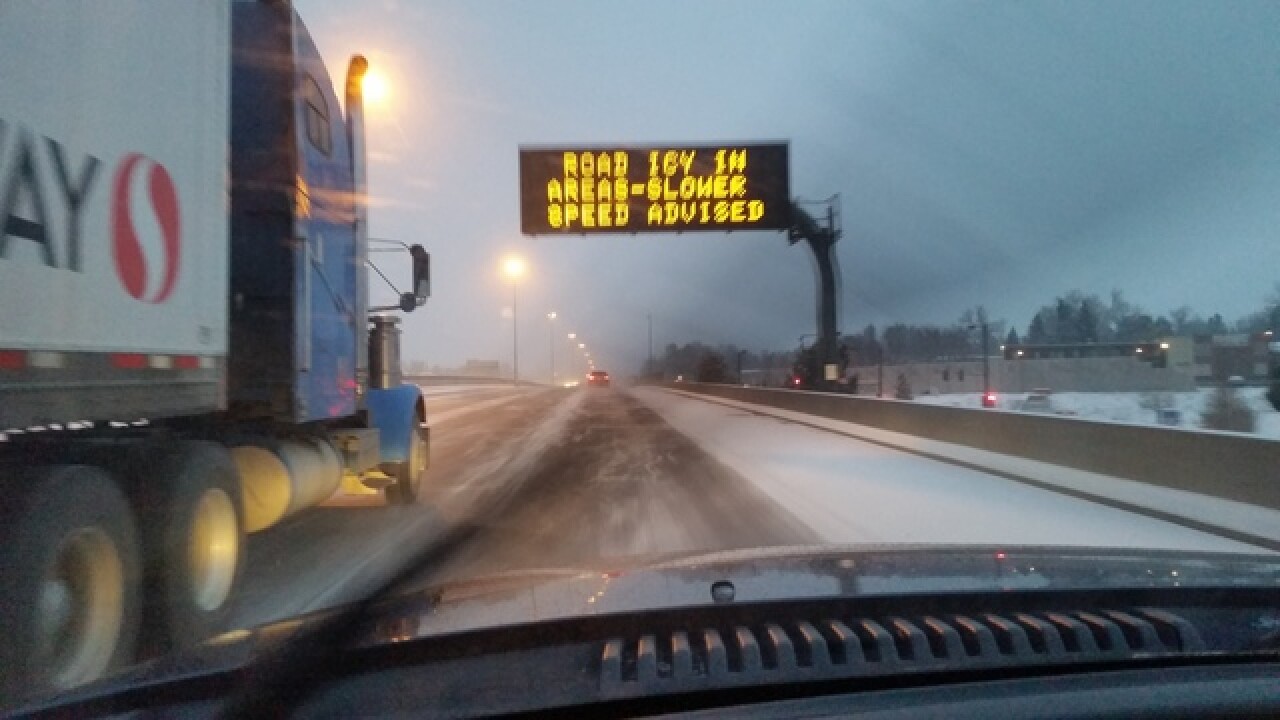 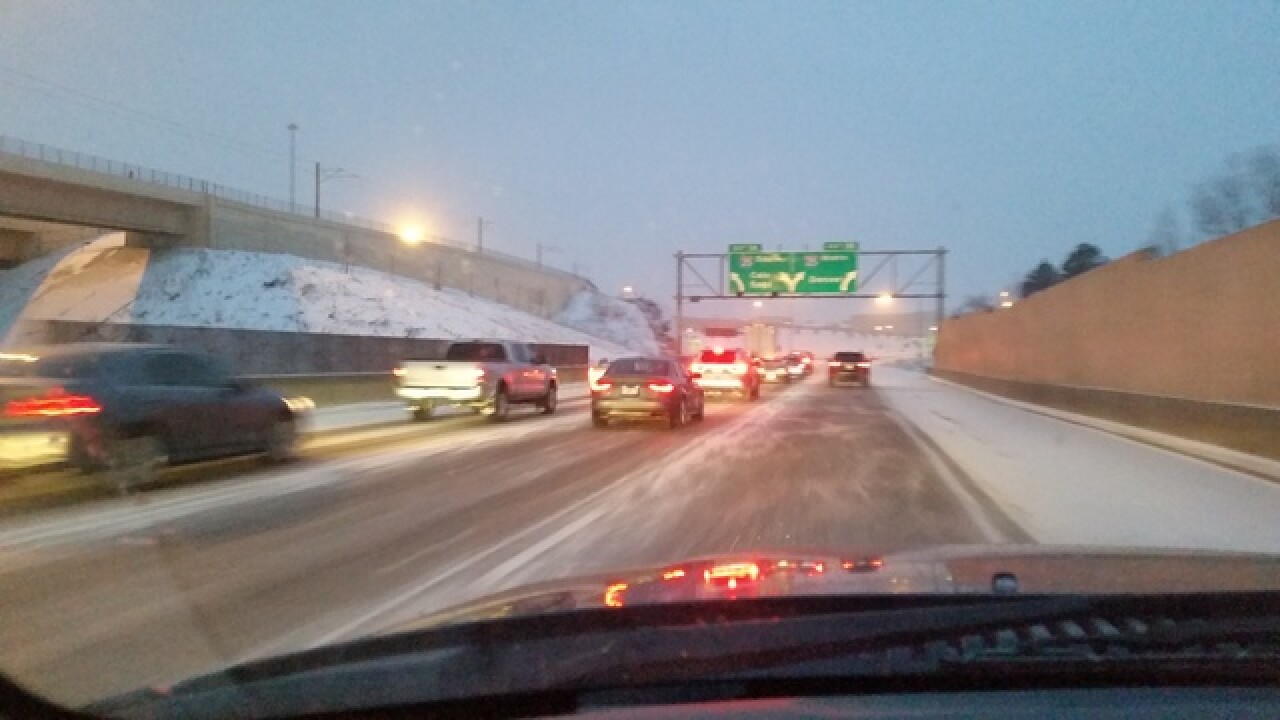 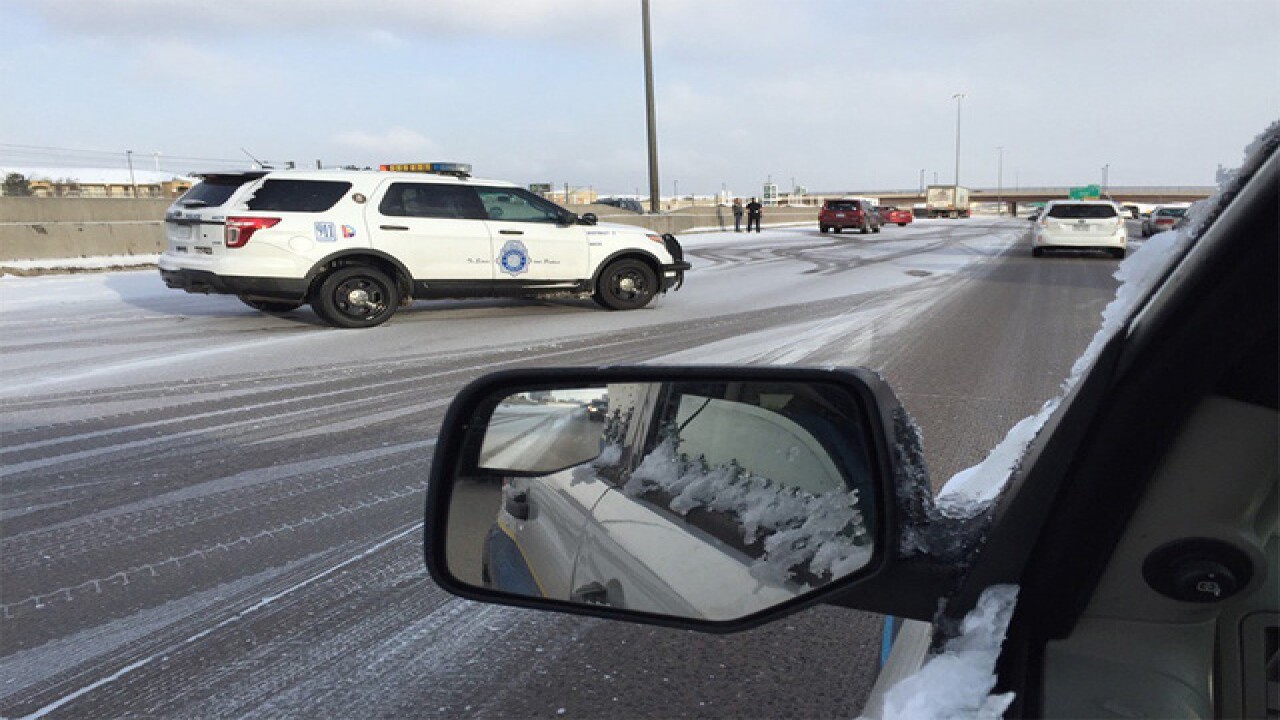 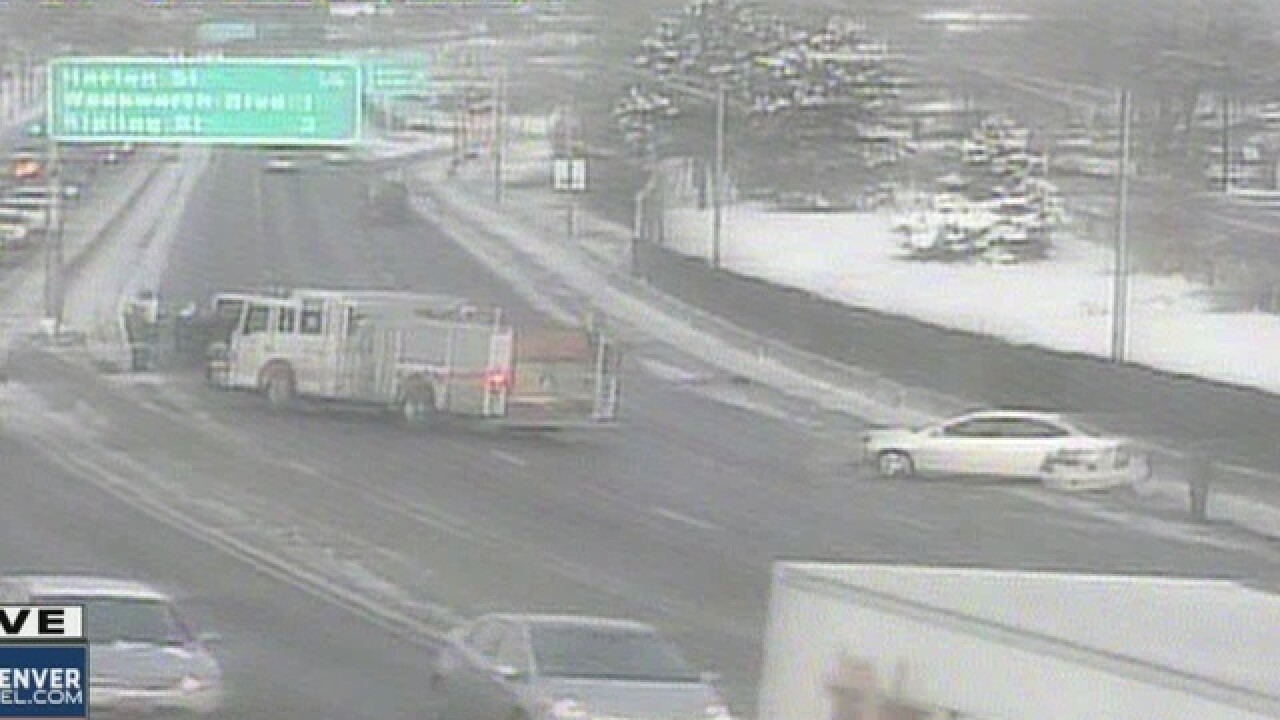 Multiple vehicles were involved in numerous crashes on our state highways and interstates early Saturday morning as a band of snow moved through the Metro area leaving slick, icy roads.

Shortly before 8 a.m. the Denver Police department closed southbound lanes of I-25 at 38th Avenue due to numerous accidents and icy roads. About an hour later, that section of the road was reopened through traffic. Southeast and northwest Denver were on accident alert.

The Colorado State Patrol also warned drivers about crashes at E-470 and Smoky Hill Road, as well as Interstate 225 and Parker Road.

Under accident alert, drivers involved in a crash that does not involve injuries, alcohol or drug can exchange information and file a report online.

Black ice on the majority of highways. CDOT working on treatment. Do your part and slow down. We are begging.

A little after 7 a.m., the Colorado Department of Transportation said there was an accident in the westbound lanes of Interstate 70 at Kipling Street.

Snow will continue in several areas until mid-morning, according to First Alert Weather meteorologist Dayle Cedars.